Four members of the public have been stabbed in what police are calling a "random" and "isolated" incident on Auckland's North Shore.

Waitematā district commander Superintendent Naila Hassan also hailed the bravery of members of the public, who managed to thwart the attack.

Hassan said it would've been an extremely traumatic event for the victims involved.

The offender was a local person and has been apprehended, she said.

Hassan said the offender randomly stabbed four members of the public who had suffered moderate injuries - before being stopped by a person using a crutch.

"This was an isolated incident," she said.

"This offender was on the move, he was on foot, it started in Murrays Bay [where he stabbed members of the public], and he continued to walk through to Mairangi Bay.

"A number of members of the public were following him and eventually one of them intervened.

"It could've been a lot worse and that's why I really need to acknowledge the bravery of those members of the public that intervened to bring this to a conclusion."

The members of the public who had acted or helped had "acted with bravery", Hassan said.

The offender had "quite a large knife", she said.

This was a random attack and there was no indication it was a hate crime, Hassan said.

"I really need to acknowledge the bravery of the members of the public who intervened," she said. 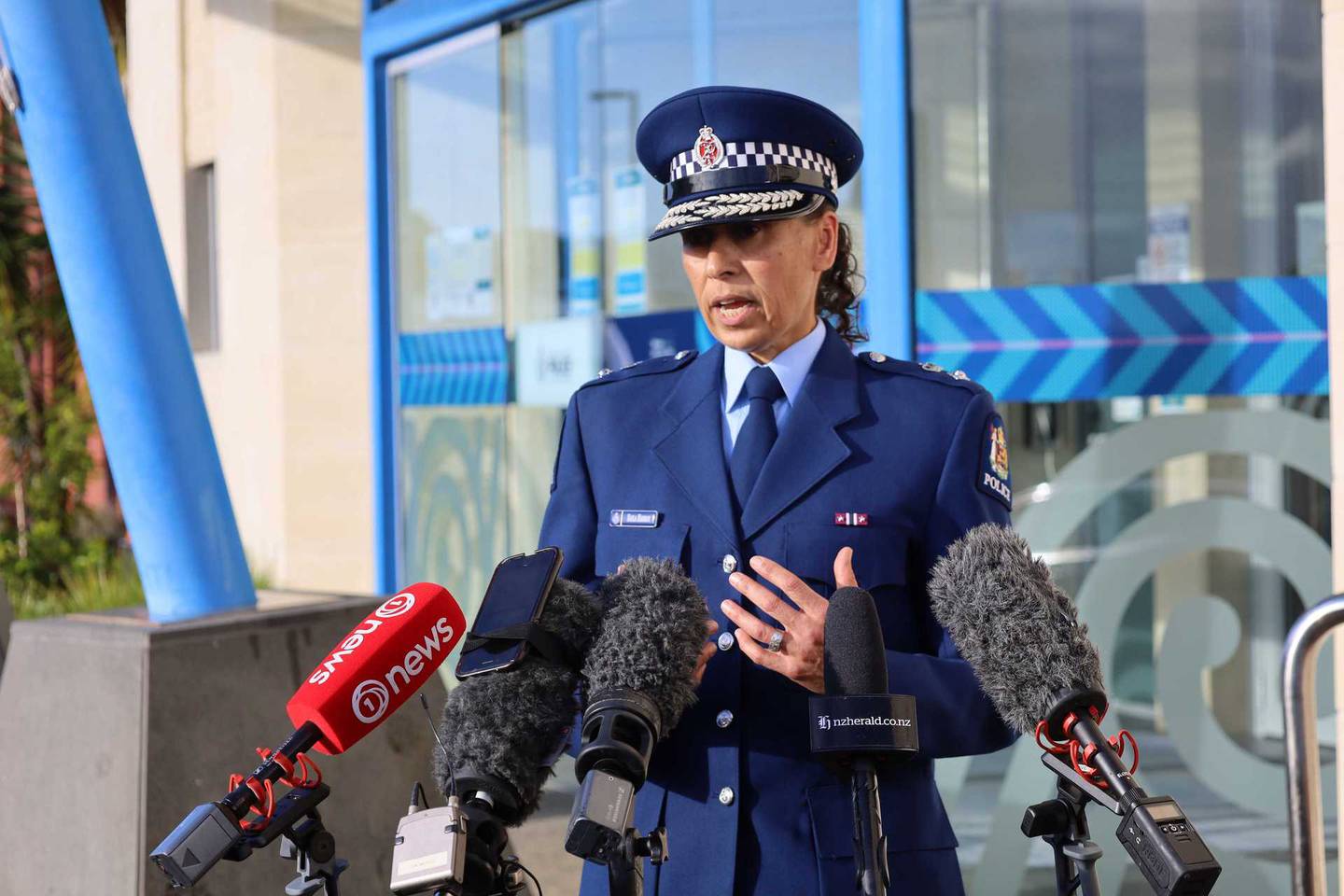 The offender was in hospital and has been moderately injured. He will face charges, she confirmed.

From the first call for help to when the offender was apprehended was less than 10 minutes, Hassan said.

"This was a random attack, there's no indication it could've been prevented."

On police cordons, Hassan said there would be a highly visible presence in the community, both Murrays and Mairangi bays.

A woman earlier told the Herald she had to run screaming and call for help after a man chased her off Murrays Bay Beach with a "big knife".

She lived nearby and was taking her dog for a walk along the beach on their regular route when she noticed a man close to the water.

He turned around and began approaching her and the woman at first thought he "wanted to chat".

"I was wearing headphones and went to take the headphones off to talk to him because that's what I thought he wanted," she said.

However, there was something about the man that put the woman on edge, she said.

Then "he just started running at me".

"And - fight or flight - I turned away and ran the other way and I looked back and he had a big knife, running at me," she said.

"I was screaming, calling out for help because he was chasing me with this big knife." 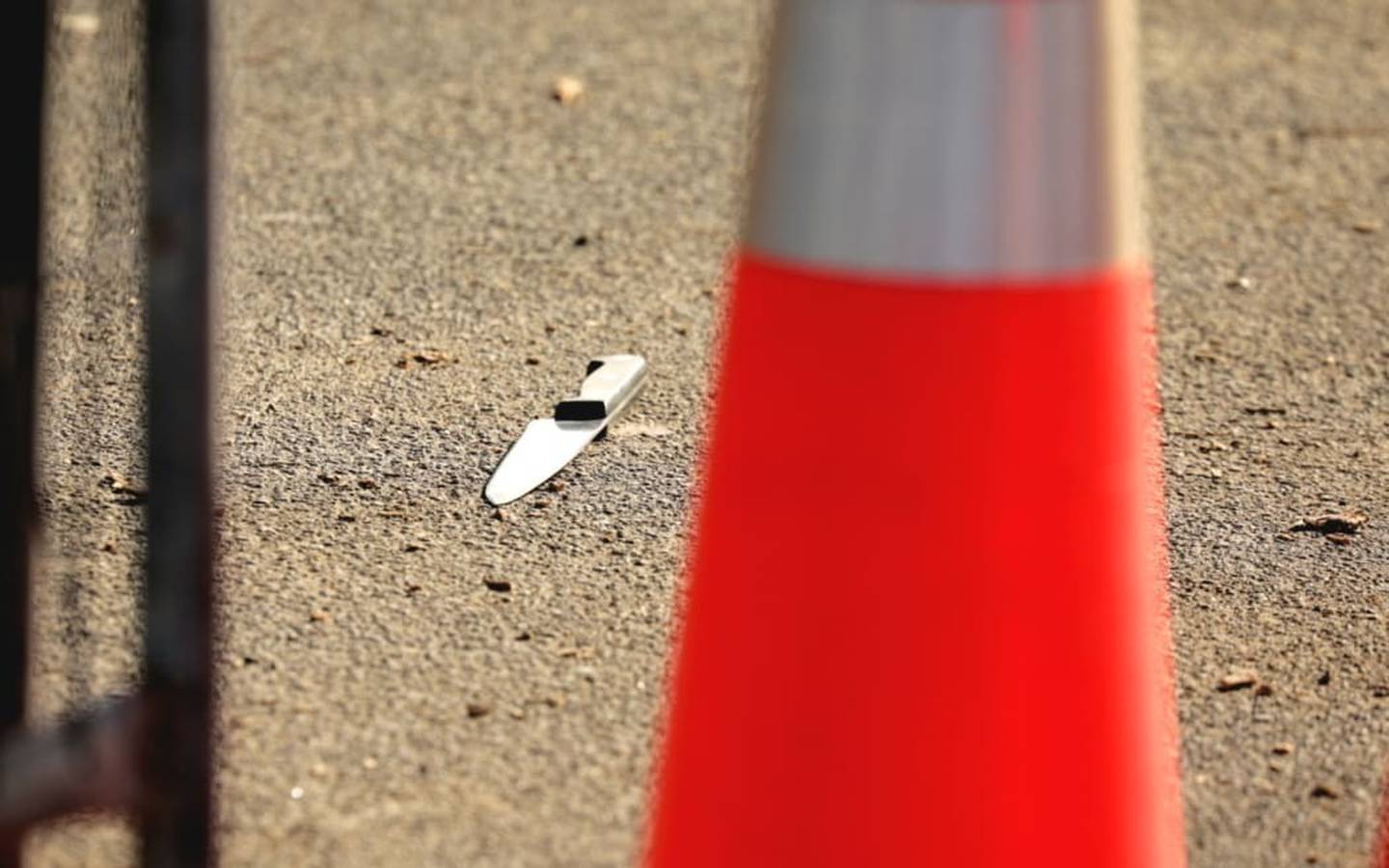 Police have cordoned off the scene. Photo / RNZ

She said she managed to get a little way ahead of the man and turned away to the left near the sailing club in the area while the man kept on running to Beach Rd where he disappeared.

Nearby passers by saw the incident and some followed the man at a distance, the woman said.

The woman immediately called police. She said they arrived 10 minutes later and by that time the man had already been apprehended, although she didn't see it happen.

She said the man had "looked a bit dazed" when he approached her.

"My gut was telling me straight away something was up when I first turned to look at him," she said.

"I was a bit on edge, which I think is why I reacted so fast when he started to run."

She said she was now safe and at home but had been "very shaken" by the incident.

A Mairangi Bay resident says he witnessed a man, who looked to be in his 20s holding a 20-centimetre knife, being walked down his street by five members of the public who had apprehended him.

The resident, who wanted to be identified only as Steve, said he was gardening outside his Montrose Terrace home when he saw the armed man being escorted down the road towards the waterfront.

The alleged offender appeared to be in some level of distress, Steve told the Herald. 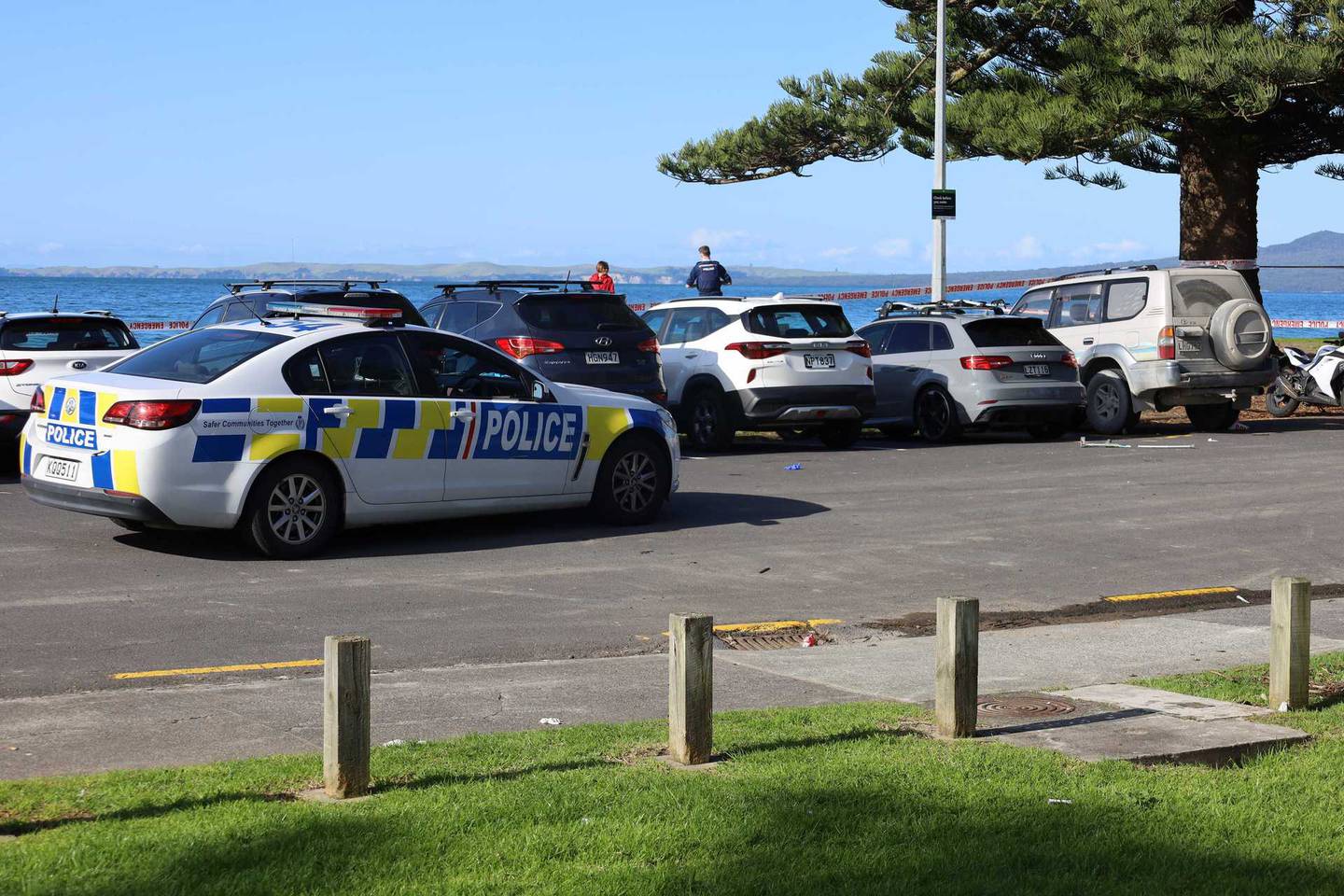 Nearby workers stopped the man with a crutch at Mairangi Bay. Photo / Michael Craig

The people encircling the man didn't appear to know each other and had weapons of their own, he said. As they progressed down the road, the group was telling members of the public to step aside and make way.

Two men struck the knife-wielding man - once in the leg and once in the head - which brought the man to the ground, Steve said.

It was at this point that police stepped in and detained the man, according to Steve.

"The man more or less lay down, I know he burst out in tears, you could hear him crying. I think the realization came in."

Steve was full of praise for the group of men who had surrounded the alleged offender:

"They were just so good, they should be commended." 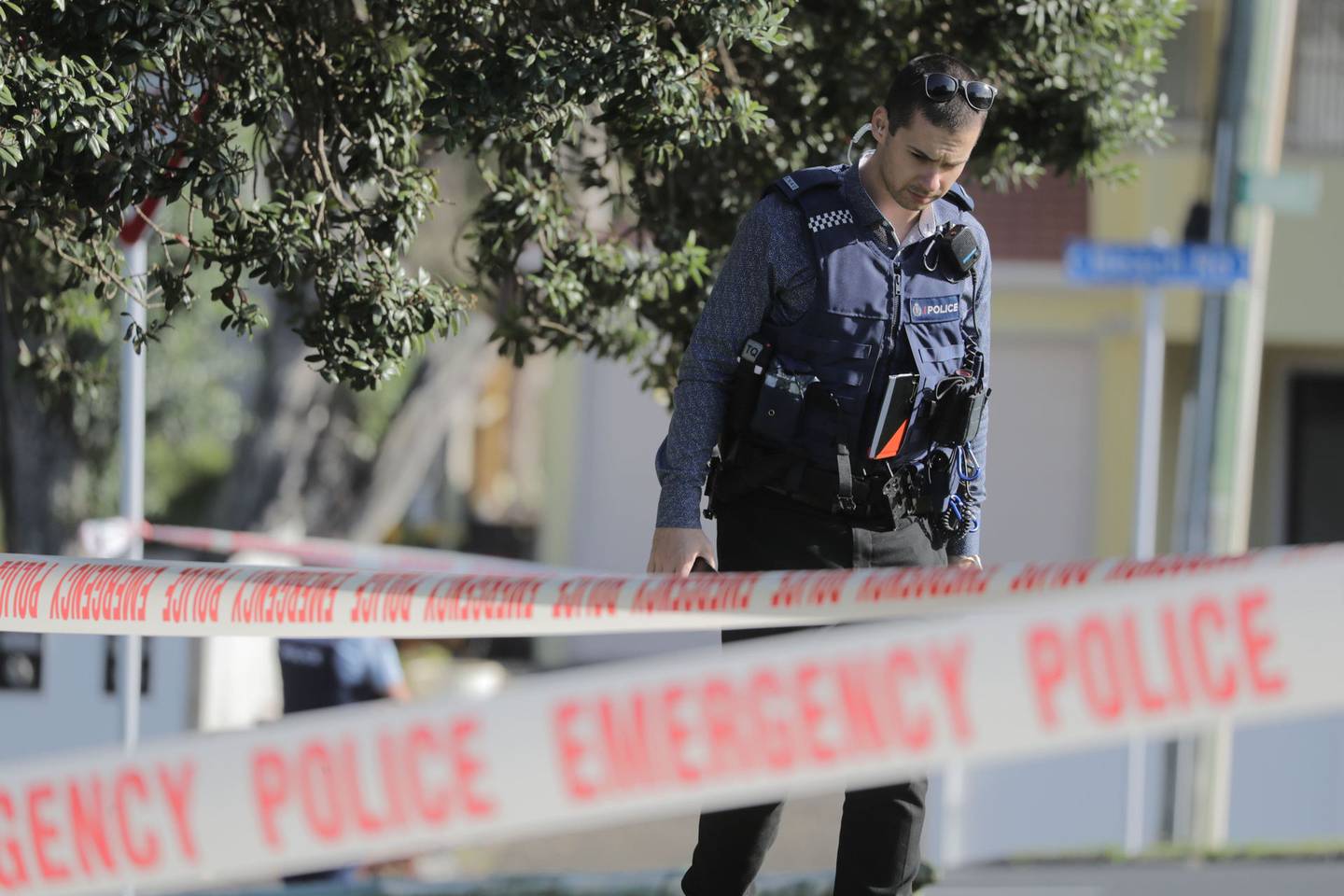 A worker from Montrose Cafe, Bistro and Bar in neighbouring Mairangi Bay says a member of the public used a crutch to trip up the alleged offender, aiding police in his capture.

He said he heard officers caught the offender there.

Another witness said three people had been stabbed, and that three ambulances and three police cars were at the scene.