Police are disgusted by the callous behaviour of gun-toting criminals, saying it's extremely fortunate no one has been hurt after seven shootings in Auckland overnight.

The shootings happened between about 6.40pm and 9.20pm.

Two further suburbs have been added to the list early this morning after reports of shots fired on a street in Mt Albert and at Rathgar Rd in Henderson, West Auckland.

Police were called to a property on Rathgar Rd after reports of gunshots in the area about 11.20pm.

A police car was seen on the street blocking a long driveway that led to a number of homes. It is not known whether anyone was injured. 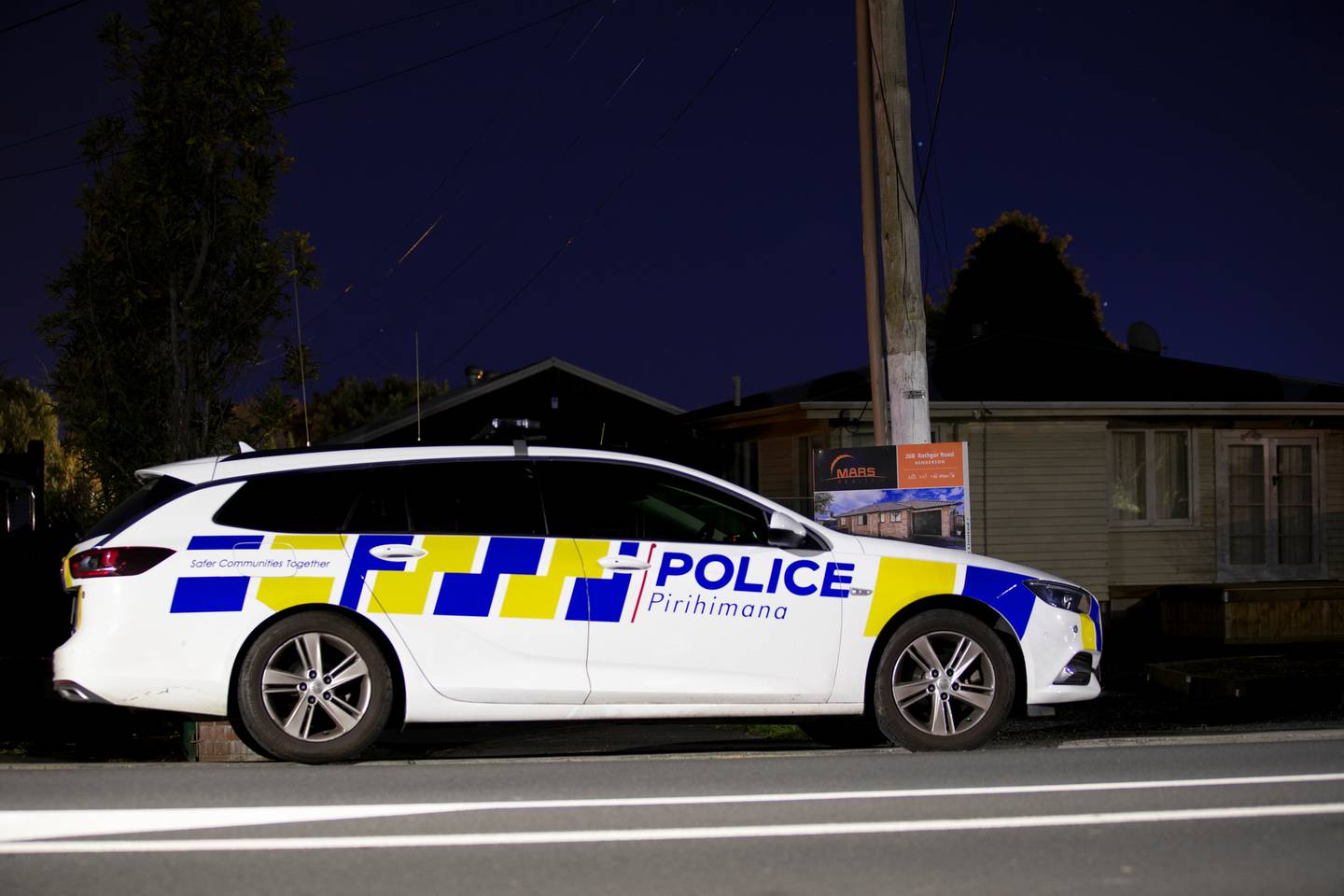 Police were also sent out to an incident on Segar Ave, in Mt Albert.

Officers could be seen inside a block of units on the street.

South Auckland councillor Alf Filipaina said he had never heard of so many shooting incidents in one night.

Speaking to RNZ, he said: "Never. This is what's so shocking about these incidents - is the frequency and the fact that they're prepared, in all the incidents, a firearm."

He called on people and families to get guns off the streets.

Auckland mayor Phil Goff told the station: "It is shocking. This is appalling behaviour by gang members who are self-indulgent, think that this - and in everything else they do they're above the law.

"And they are not only putting themselves at risk...but more importantly, they're putting innocent people at risk."

Goff said he had seen a photo the other day of a house that had been shot multiple times and that he it was lucky no one - particularly children - were hurt in that incident.

"I hope that the courts...they use the full sanction of the law. Anybody who pulls the trigger of a high-powered firearm runs the risk of killing or seriously injuring another individual and they deserve to have the full force of the law cut down on them."

National Party leader Christopher Luxon said the Government needs to stop being soft on crime and be doing more following the seven overnight shootings in Auckland.

"It's been happening too often hasn't it, every day there's something like this going on with gangs."

If he were making the calls to toughen up on a crime, he told the AM Show this morning that he would start by reallocating the $210 million for a firearm registrar into a firearms prohibition that would give police search warrant powers to go after illegal guns.

He also wants to see a dedicated permanent police gang unit set up, police to have easier access to guns and said police needed to review the pursuit policy.

"People are incredibly frustrated, the people I feel sorry for are those dairy owners," he said.

Auckland was rocked by five shootings, including four in one hour, as several homes were hit by a spray of bullets last night.

A turf war between the Killer Beez and Tribesmen motorcycle gangs has exploded, the Herald understands, but police said investigations were ongoing to determine any potential links between the incidents.

The latest shootings are understood to be directly linked to a series of tit-for-tat attacks and a feud between the two formerly allied gangs.

The first four shootings happened between around 6.40pm and 7.40pm. 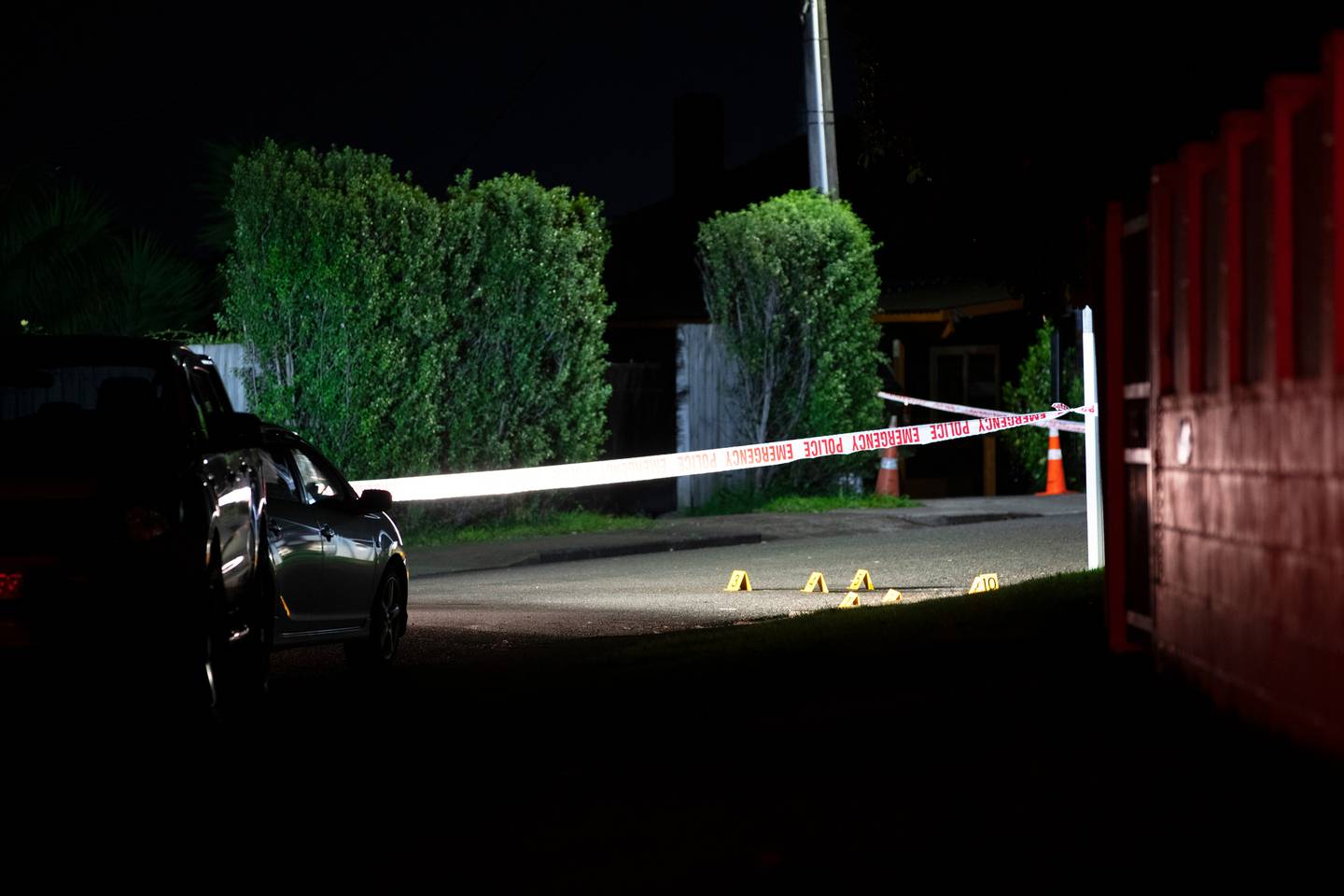 "No one has been injured, however, there was damage done to several houses," acting inspector Terry Lee said.

"Police will not tolerate activity which disrupts our communities and puts people at extreme risk.

"We want to reassure the community we take firearms crime very seriously and will continue to work to hold offenders to account."

Children's toys and a basketball hoop, bicycle and rugby ball could be seen just metres from bullet holes that shattered the front window of one Papatoetoe house.

Bairds Rd in Ōtara had been cordoned off earlier on Tuesday night after reports a gun was fired. It was later reopened.

A police spokesperson said officers were investigating reports a firearm may have been discharged.

A house had also been cordoned off on Caspar Rd in Papatoetoe and a scene guard was in place, the photographer said. The road is 3km from Bairds Rd.

Multiple bullet holes had shattered the front window and damaged the window frame.

Two armed police officers guarded a cordoned off area on Marie Cres, a crime scene from an alleged shooting earlier in the night.

Forensics and detectives could be seen working late into the night while the police Eagle helicopter swirled ahead.

Meanwhile, another house on Glen Osborne Tce in Flat Bush was also cordoned off and guarded by two armed police officers.