An Auckland community leader has called for unity and a ceasefire among gangs involved in a string of Auckland shootings that have left the police fearful somebody could die.

Police attended three firearm incidents and two suspicious fires on Wednesday night that they believe are linked to previous gang violence across the city.

On Thursday, police and members of the Armed Offenders Squad arrested 12 people during a gang-linked firearms incident in East Auckland.

Last week, there were seven shootings in Auckland in one night, while last Sunday an Auckland house and sleepout were sprayed with at least 20 bullets.

Innocent people's homes have been targeted, with a man being struck by a bullet in South Auckland in one of Wednesday night's attacks.

Counties Manukau District Commander Superintendent Jill Rogers said last night it was "incredibly fortunate" police were not dealing with a homicide as a result of the callous and reckless behaviour.

An innocent construction worker said he was eating dinner with his flatmates when several bullets flew through the living room window, narrowing missing him.

Abinesh Kumar's home in Manukau's Albert Rd was one of three shot at on Wednesday night.

The Herald understands the house was targeted in a case of mistaken identity as part of the Killer Beez-Tribesmen feud because gang prospects used to live there. 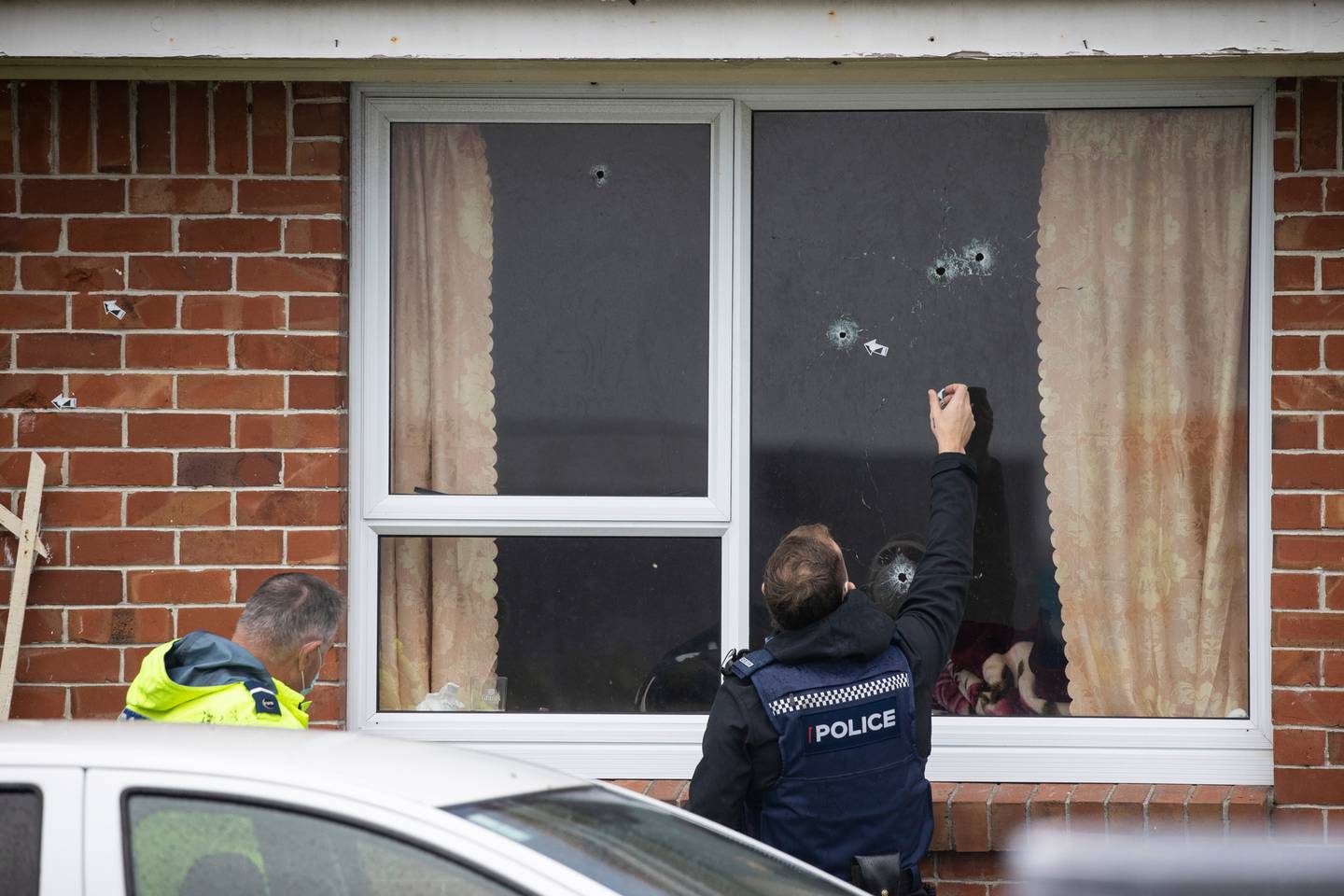 A house on Albert Rd was targeted on Wednesday night due to its former gang links. Photo / George Heard

The bullets penetrated interior walls of the house and ended up in a bedroom at the back of the property, he said.

Kumar said his friend who had been shot was being treated for his wound but was not badly injured. He was treated then discharged from hospital.

He was in a state of shock, being supported at a neighboring property by friends and his landlord, Bobby Chand.

Chand said the shooting was out of character for the street.

"It's a good neighbourhood."

Manukau ward councillor Alf Filipaina said two years ago a truce between those involved in the current violence had been negotiated and he hoped to see that happen again.

"That was cool ... that was our youth workers, work leaders and our pastors that did that."

He said the shootings were "wrong" and had left residents feeling scared.

"People will get seriously hurt or killed as a result of people carrying and using firearms and that's why [people in] our community are very concerned." 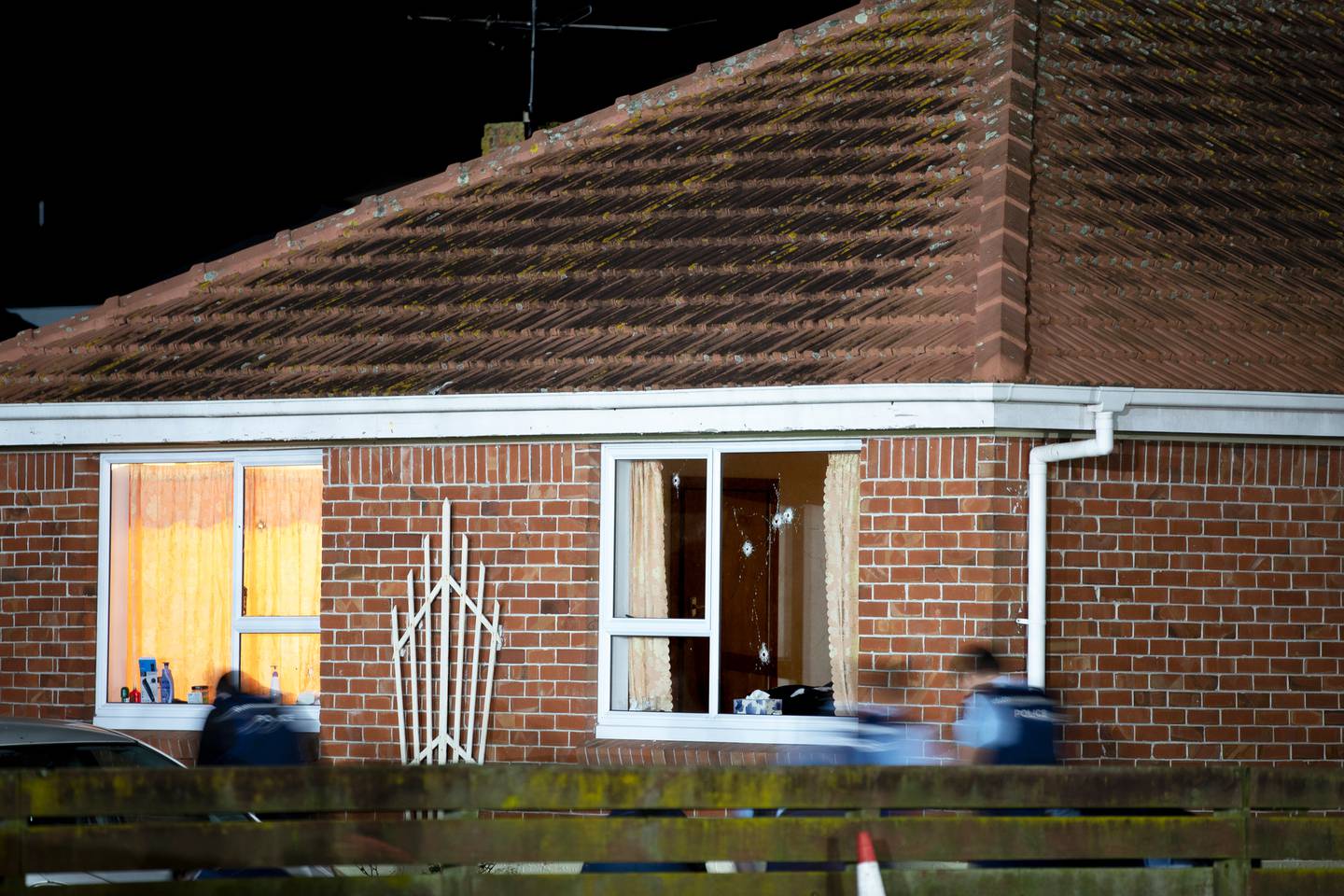 He said now was the time for the community to work together, and that included anyone who had information that could be useful, passing it on to police.

"We need to make sure, even if it's confidential, to get information to the police to end up getting the people off the street who are shooting up the houses.

Just minutes after Wednesday night's Albert Rd shooting, another incident occurred on Boundary Rd in Ōpaheke where a home was targeted with a shotgun in a drive-by shooting.

A man living next door to the Boundary Rd property said a family with two young children live at the shot-up home.

He said the family told him they had no idea why they were targeted, and had said: "This is nothing to do with us."

"They were more confused than anything."

The woman living at the property thought someone had thrown a rock at their window until she saw several shotgun shells on the ground, he said.

He was shaken by the incident.

"The more I think about it, the more it shakes me up."

Those living in the street reported hearing four clear gunshots ring out about 8pm. 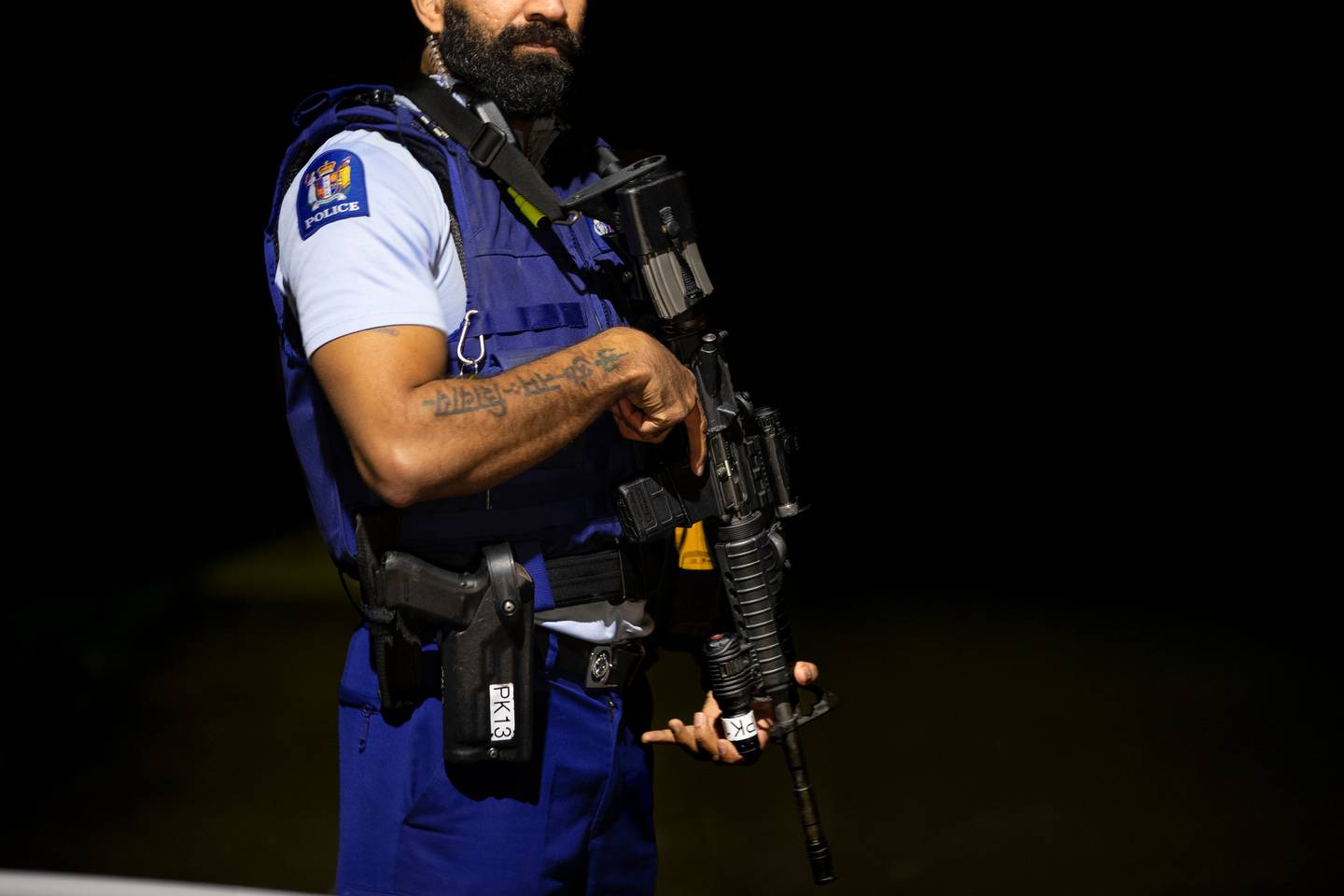 A French door at the property was smashed in the shooting and the distinctive small holes of shotgun pellets were visible in the timber cladding.

Police confirmed they were called to Boundary Rd about 8pm. There were no reports of injuries.

A gun was also fired at a house in Manuroa Rd, Takanini, at 7.39pm on Wednesday.

Minister for Police Poto Williams said she knew police were working diligently to combat criminal activities so communities were safe and felt safe.

The Government had increased police funding by 35 per cent since 2017 and Budget 2022 included a further $562 million investment into police.

"That funding means there are more police on the frontline than ever before and the number of organised crime staff has doubled since 2017."

Williams said Budget 2022 also included $94m for police to target gangs and organised crime, with strong enforcement being essential while at the same time working with communities to address the social factors that led to people joining gangs in the first place. 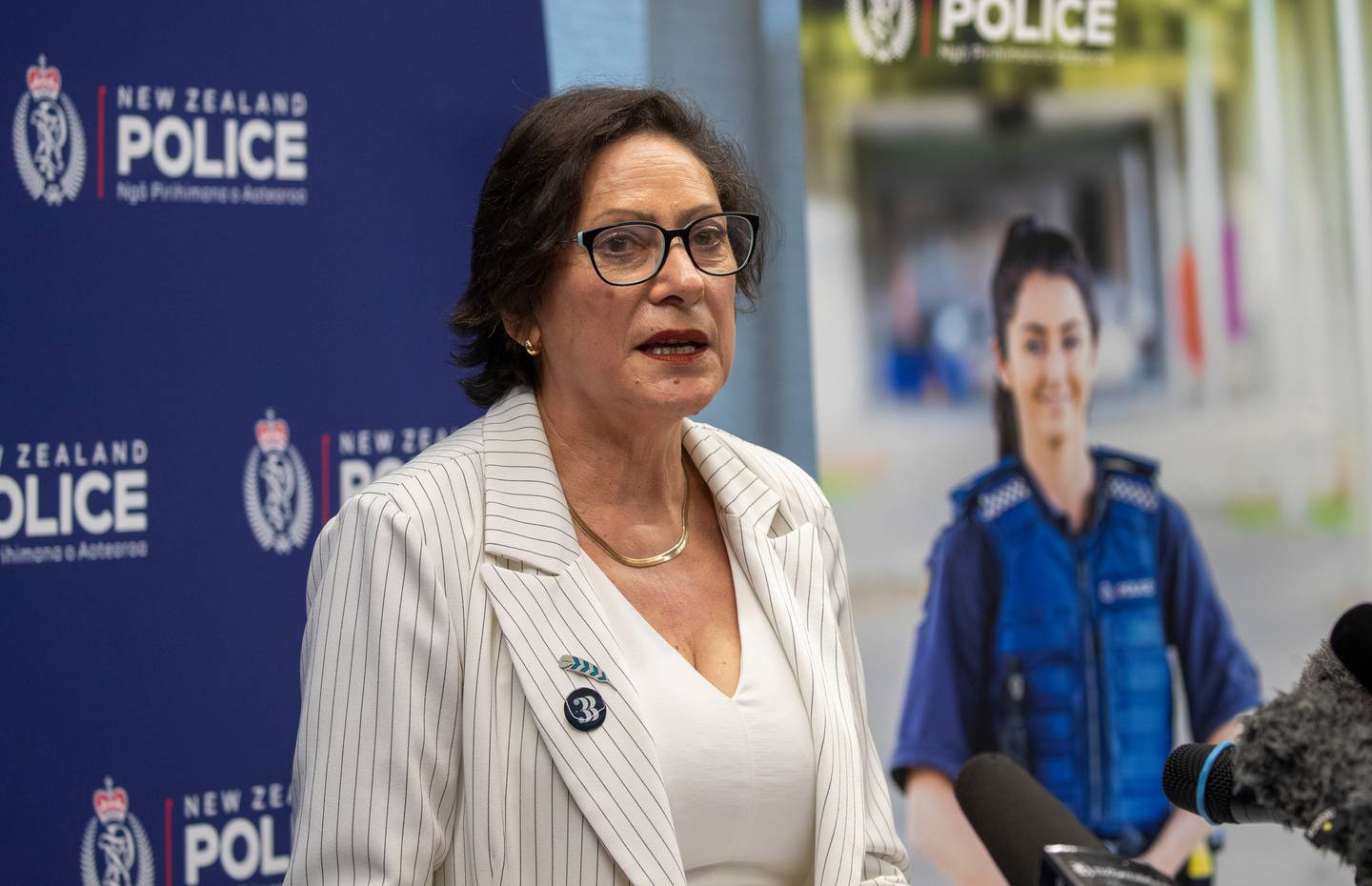 Police were increasing the focus on gang members' unlawful behaviour with the nationwide Operation Cobalt, which would see police districts focus specifically on suppressing and disrupting gangs, Williams said.

National police spokesman Mark Mitchell said it was a terrifying situation for the families and communities affected by the shootings.

"We are going to run out of luck and an innocent member of the public, and worst-case scenario [a] child, is either seriously injured or killed through one of these drive-by shootings.

"These gangs are well-armed and as everyone can see they're prepared to use them."

Mitchell said the police service had been operating under a "soft on crime" government which had been reluctant to move towards a dedicated gang task force and "too slow" to respond with legislation that would help police take guns from gangs.

"Fundamentally, it is a police response, they just haven't had the political backup to be able to do anything."