The Police Minister says arrests into a spate of gang-related shootings are under way, vowing there will be a crackdown on the violent gun crime that has left the city on edge.

Since the weekend around a dozen brazen shootings have taken place across suburban Auckland, with homes of innocent people left peppered with bullets as they fall victim to crossfire between the rival Killer Beez and Tribesmen gangs.

During an announcement this morning for a $6 million support package for shopkeepers besieged by ram raids, Poto Williams said she was confident there would be a de-escalation in the suburban shootings.

"I'm confident the police will get on top of this."

And she was confident police would be able to restore calm to communities, wanting to assure Aucklanders that there would be a de-escalation in the violent crime wave currently sweeping across the city.

Arrests had started to be made following the shootings, she said.

When asked if it was a matter of time before someone was seriously injured in the gun fire she said: "That would be dreadful, so we really do need to work with some pace to make sure that doesn't happen."

Williams said in the past there had been tension between the Killer Beez and the Tribesman and tension had been brewing for years.

Across Tuesday night and Wednesday morning, seven shootings occurred across the city - four in the space of an hour.

Four took place in South Auckland, while three were in West Auckland. 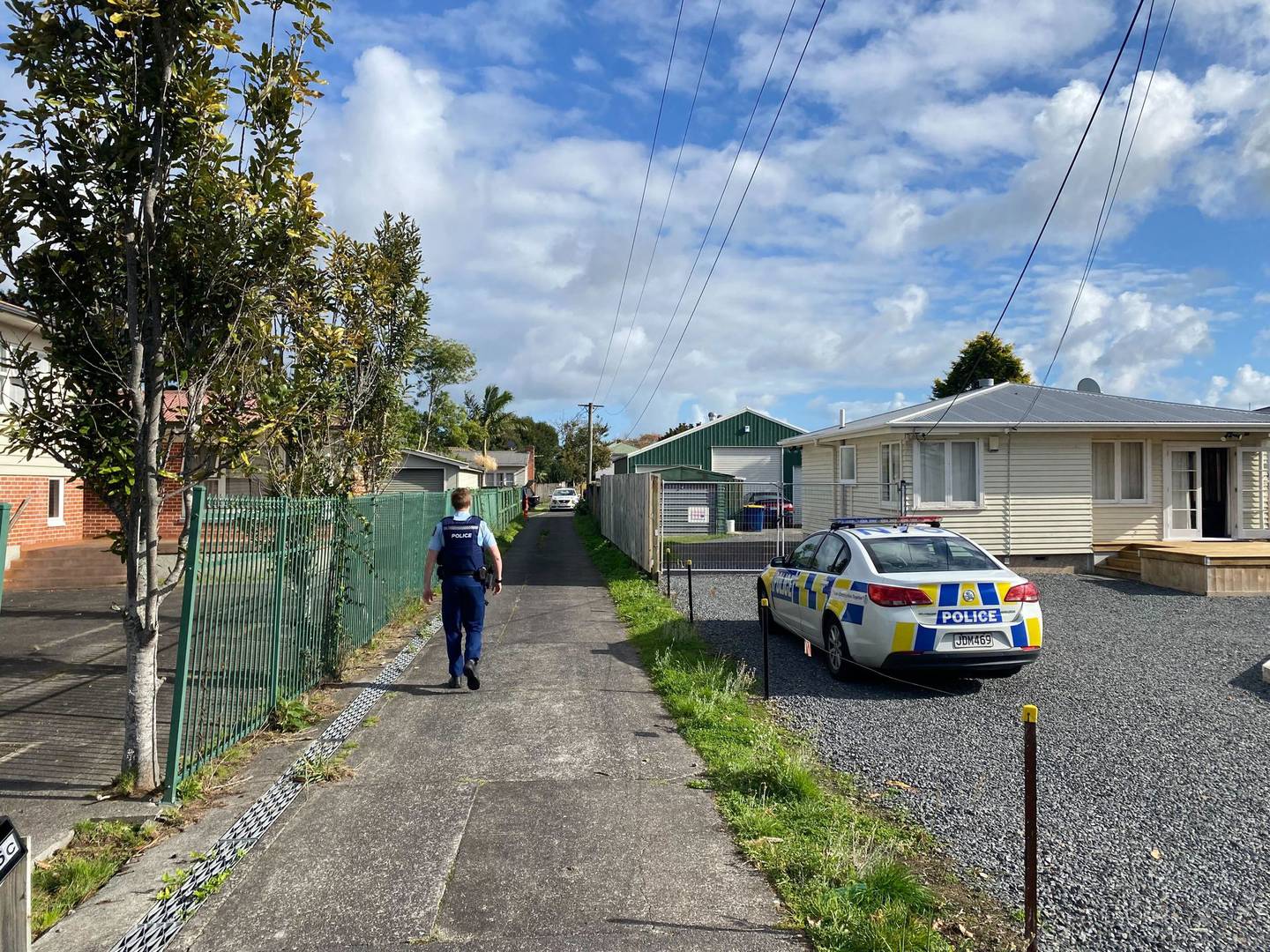 A home at the end of a right-of-way was targeted by a shooter on Tuesday night. Photo / Caig Kapitan

Police revealed five of the properties targeted in shootings had in the past had links to gangs, but two homes had no links.

Overnight two more homes were targeted, with a property in Vina Pl, Massey and another in Bleakhouse Rd in Mellons Bay, north of Howick, left with shattered windows from gunshots.

Officers headed to the Massey property after they received reports of a gunshot being heard.

While there were no injuries photos showed bullet holes in the window and side of the house.

A window is damaged by bullet hole after a Massey home was shot at last night. Photo / Hayden Woodward

Meanwhile around the same time a home in East Auckland was also shot at, with at least four bullet holes blasting through a window.

Counties Manukau Police Detective Inspector Warrick Adkin said there had been reports that a firearm had been discharged in the direction of a residential property.

"Inquiries are ongoing to establish the circumstances of what has occurred, including a review of available CCTV footage."

It was not immediately clear whether the incident was related to the recent spate of shootings linked to tensions between the Killer Beez and Tribesmen gangs.

Yesterday Superintendent Jill Rogers confirmed there had been 12 firearms offences across the city since Sunday.

She believed that a number of the weapons used were high-powered rifles, which carried an "enormous" risk to the community.

She held fears for innocent bystanders saying it was "only a matter of time before we see someone seriously injured or killed".