Owners of a family-run hair salon on Auckland's North Shore are distraught after thieves ransacked the interior, allegedly loaded up wheelie bins with stolen items and crammed them into a van.

Black on White salon has been operating from Birkenhead village for 27 years.

It was left trashed after an extensive burglary in the early hours of November 13, just weeks before it was to finally re-open after the Covid lockdown.

In CCTV footage of the break-in it appears stolen items toppled out of the bursting rubbish bins as thieves tried to jam them into a van before driving off.

Mirrors were smashed, and toxic white powder covered the floor after fire extinguishers were let off.

Almost every valuable item was stolen - including hairdryers and straighteners, a computer, phone and antiques - co-owner Leisa Bleasdale said.

"All our stock that was on the shelves and then unused stock that had arrived and was still in boxes to be put out.

"[They] absolutely trashed the back room, the office, and before they left they let off all the fire extinguishers. The whole place was quite toxic and covered in white powder. 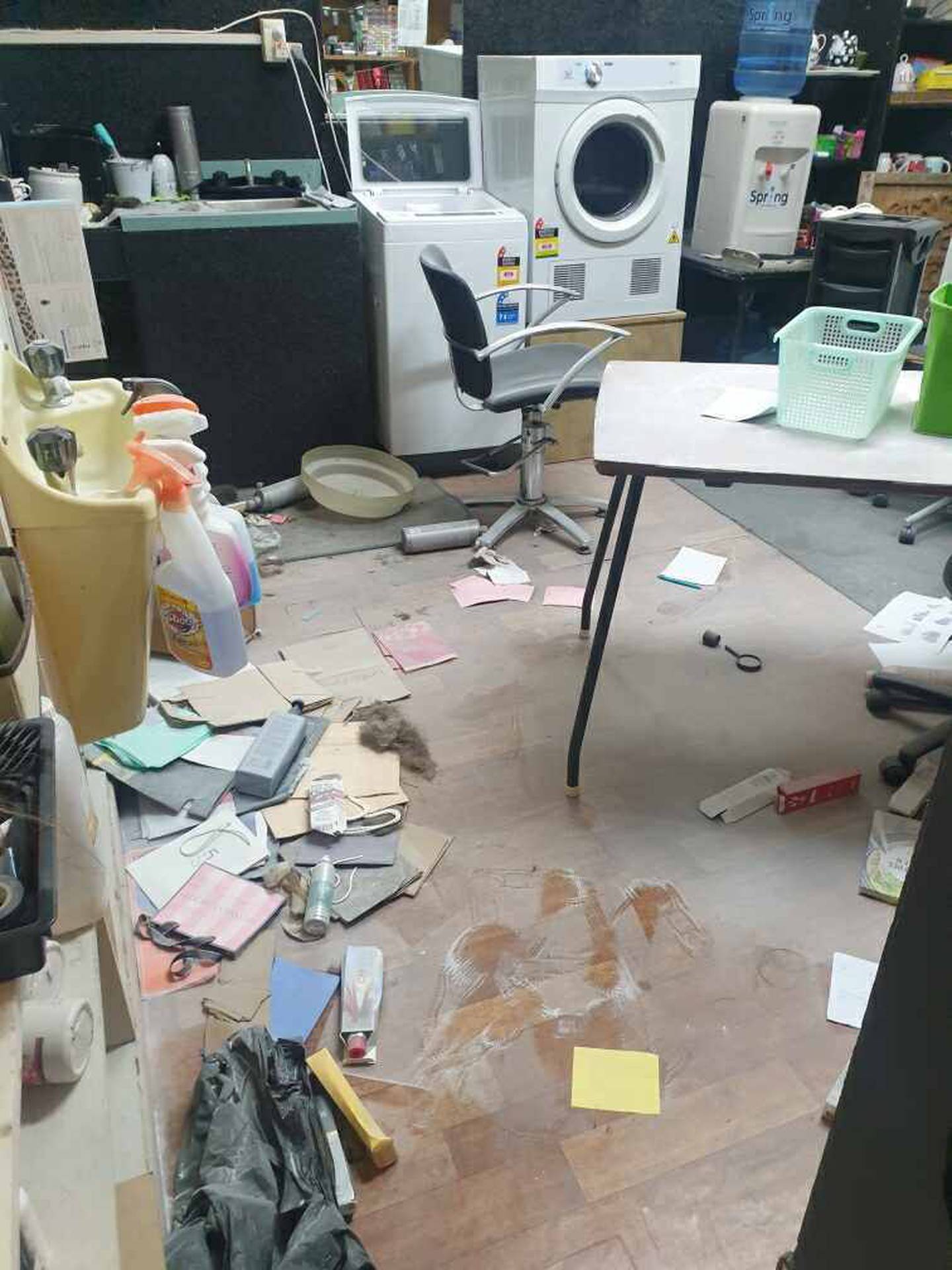 "It was a nightmare, the clean-up."

The culprits are still at large. Bleasdale hoped CCTV footage would assist the police investigation, which she claims has been lacklustre.

But police said the footage was of poor quality and the case has been "filed pending any new information".

CCTV cameras, installed by builders working on a site behind the salon, captured the theft allegedly carried out by two men.

Builder George Levick said the footage shows thieves checking to see if anyone was looking before breaking into the salon with a crowbar by smashing a back window.

"One of them stayed inside the place and the other one dragged five or six wheelie bins, emptied them out on the alleyway so there was garbage everywhere, and then wheeled these bins up to [the] smashed window and just loaded them up hard," he told the Herald. 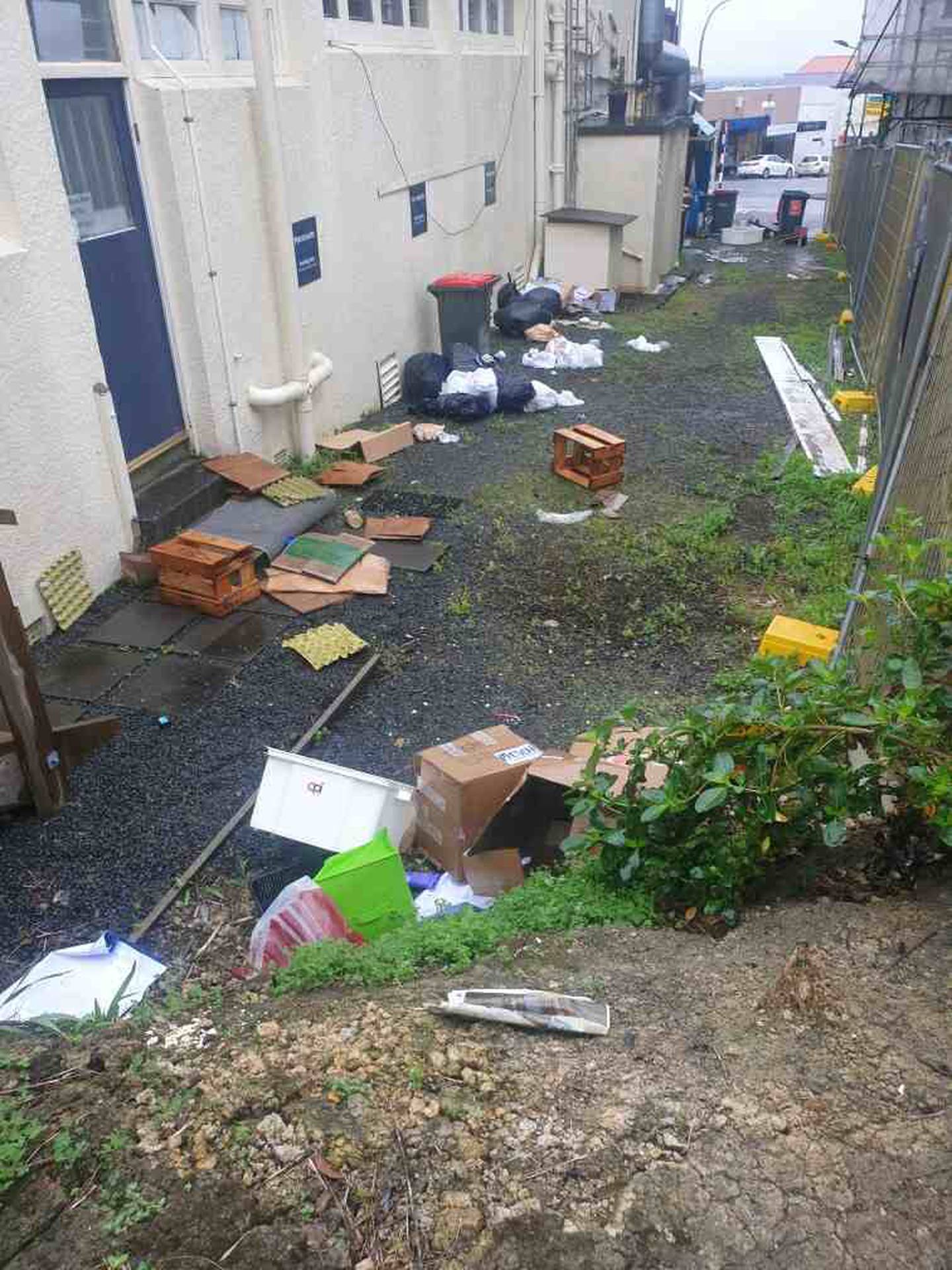 It's believed thieves emptied rubbish bins into an alleyway before loading them with stolen goods. (Photo / Supplied)

He installed five security cameras around the area. He said footage shows the thieves were at the salon from about 2.30am to 4.30am.

Levick said one man was dressed as a security guard and one was wearing a high-vis jacket.

"These guys know what they're doing," he said.

"The camera at the front of the site picked them up loading a vehicle that looks like an accessibility van.

"It had one of those ramps at the back, and they made their own temporary ramp to get all the rubbish bins up [and into the van].

"It was like Keystone Cops. They crammed them in so much, the guy couldn't [close the door]. He kept coming round to the sliding door and forcing them in and they kept falling out." 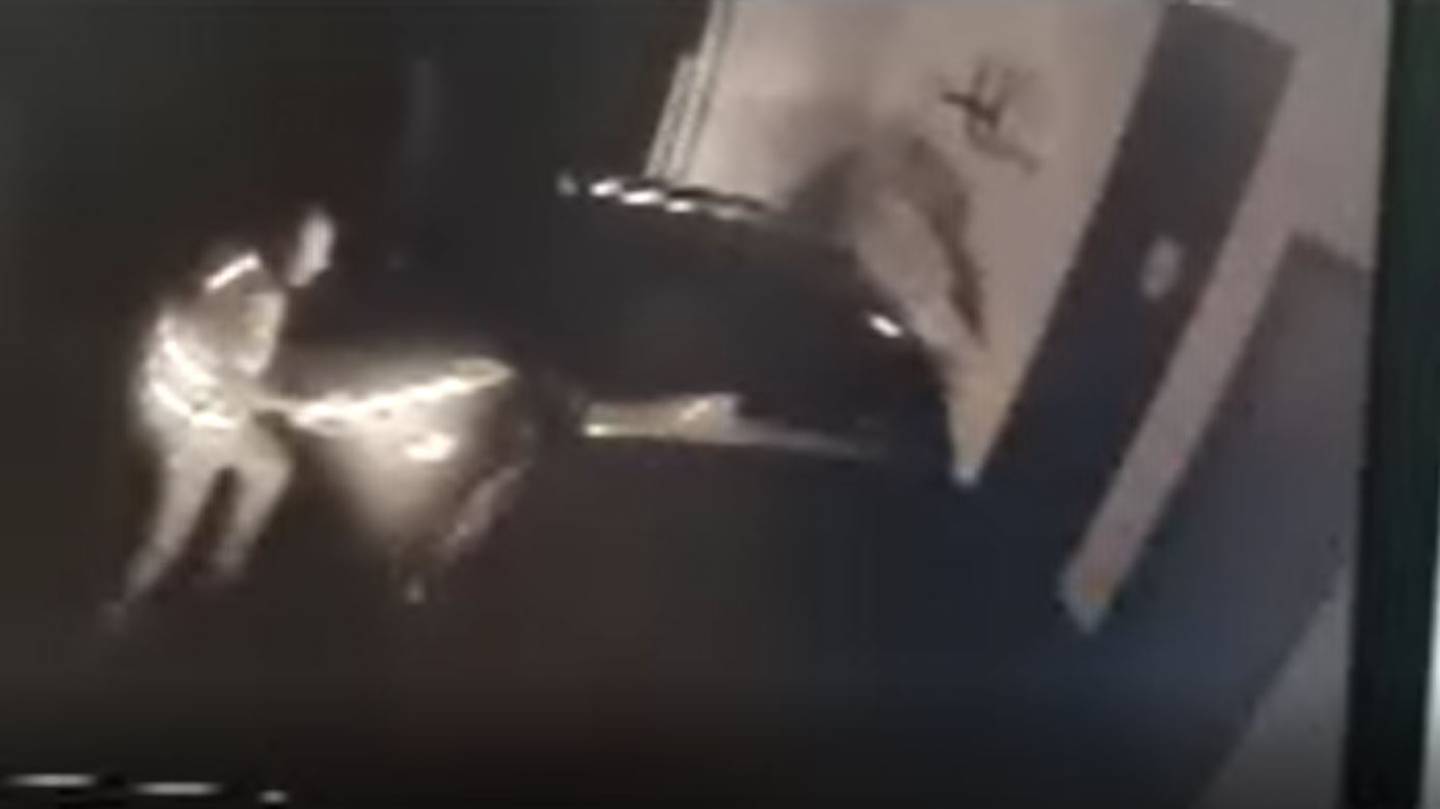 CCTV footage shows wheelie bins being jammed into a vehicle by a person wearing a high-vis vest. (Photo / Supplied)

Levick said when he arrived at the building site around two hours later, at 6.30am, he saw some of the salon products strewn on the road in the middle of Birkenhead village.

He handed the CCTV footage over to police, but is disappointed it has led to no arrests.

"I just think they're too busy, the Government has got them doing other stuff, they're overwhelmed."

Similarly Bleasdale said she isn't satisfied with the police response.

"We spent a long time giving them all the details but not much [contact] after that. Maybe a couple of phone calls asking questions, but when I try and get in touch...we haven't had much response."

Bleasdale said forensics arrived at the salon on the morning of the burglary, but no police followed.

"I know they've been busy so I don't want to be awful. It has been a hell of a year for everyone so I'm not a whinger, but it has been hard."

She said the worst part about the theft was the damage to the salon, and loss of antique items she believe won't be easily replaced.

Bleasdale won't know the true cost of the burglary until insurance is complete, but said suppliers helped her and co-owner Linda Bleasdale restock in time for reopening. 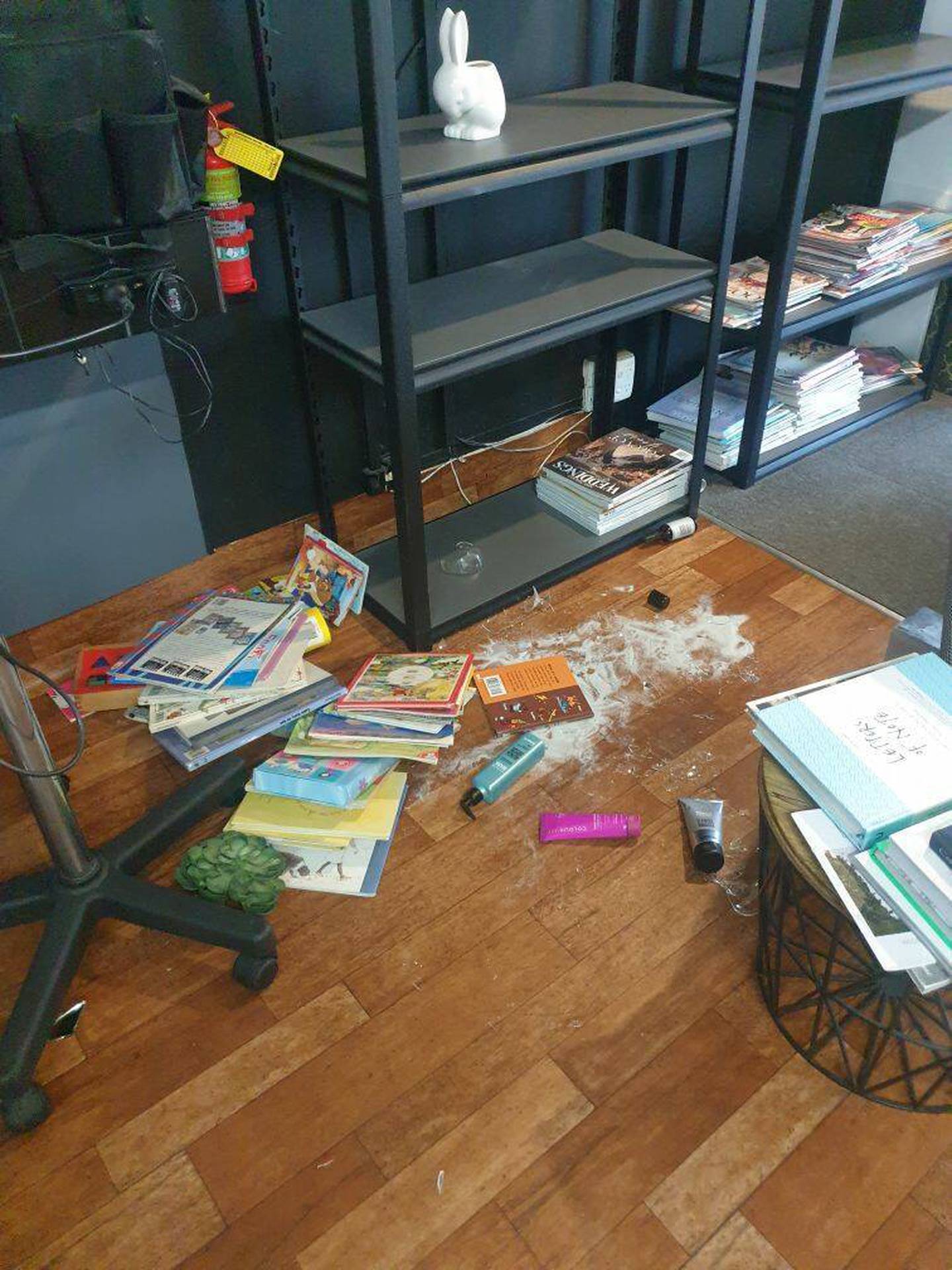 "Relatively poor-quality CCTV images obtained from a neighbouring property were circulated amongst police staff but to date no offender has been identified," Senior Sergeant Callum McNeill, from Waitematā East Police, said.

"Unfortunately these images were not of high enough quality to circulate publicly. Forensic evidence from an examination of the scene was seized and will be retained on file should any offender be identified in the future."

Police confirmed there had been eight reported burglaries in the Birkenhead shopping area in the past 11 months. Four people have been charged.

"We note that police have continued to investigate burglary complaints and hold offenders to account throughout the recent lockdown in the Auckland region," McNeill said.

How to protect your property - police

Monitored security alarms have proven to be the most effective way to combat thieves. The most effective alarms are easily seen from the street, make a loud noise and are linked to a security service that monitors and responds when the alarm is activated.

Keep your building well-lit at night

Keep internal and external lighting on at night. If this is not possible, install movement-activated sensor lights.

Good-quality CCTV footage greatly increases the opportunity for the police to identify and apprehend burglars, shoplifters and other criminals offending on your premises.

Deadlocks mean burglars can only leave by the way they got in, often making it harder for them to steal big items. Don't deadlock your doors while you're inside your premises.

- Contact police immediately on 111 if you see any suspicious activity outside your premises or any neighbouring premises.