The owner of an Auckland bottle shop says he feels useless after being hit by thieves three times in a span of two months.

Police were called to the Bottle-O on Duke St, in Mt Roskill, overnight after reports of a smash-and-grab type burglary at the premises.

Authorities and the owner, who arrived shortly afterwards, found the entire front glass entrance had been smashed through.

Thieves had also managed to break through a fence-like barrier.

"I've only owned the store for like two months now," the owner told a photographer at the scene.

"Three times now, I have been hit. The first time I stopped them. I just feel nothing - just useless and frustration." 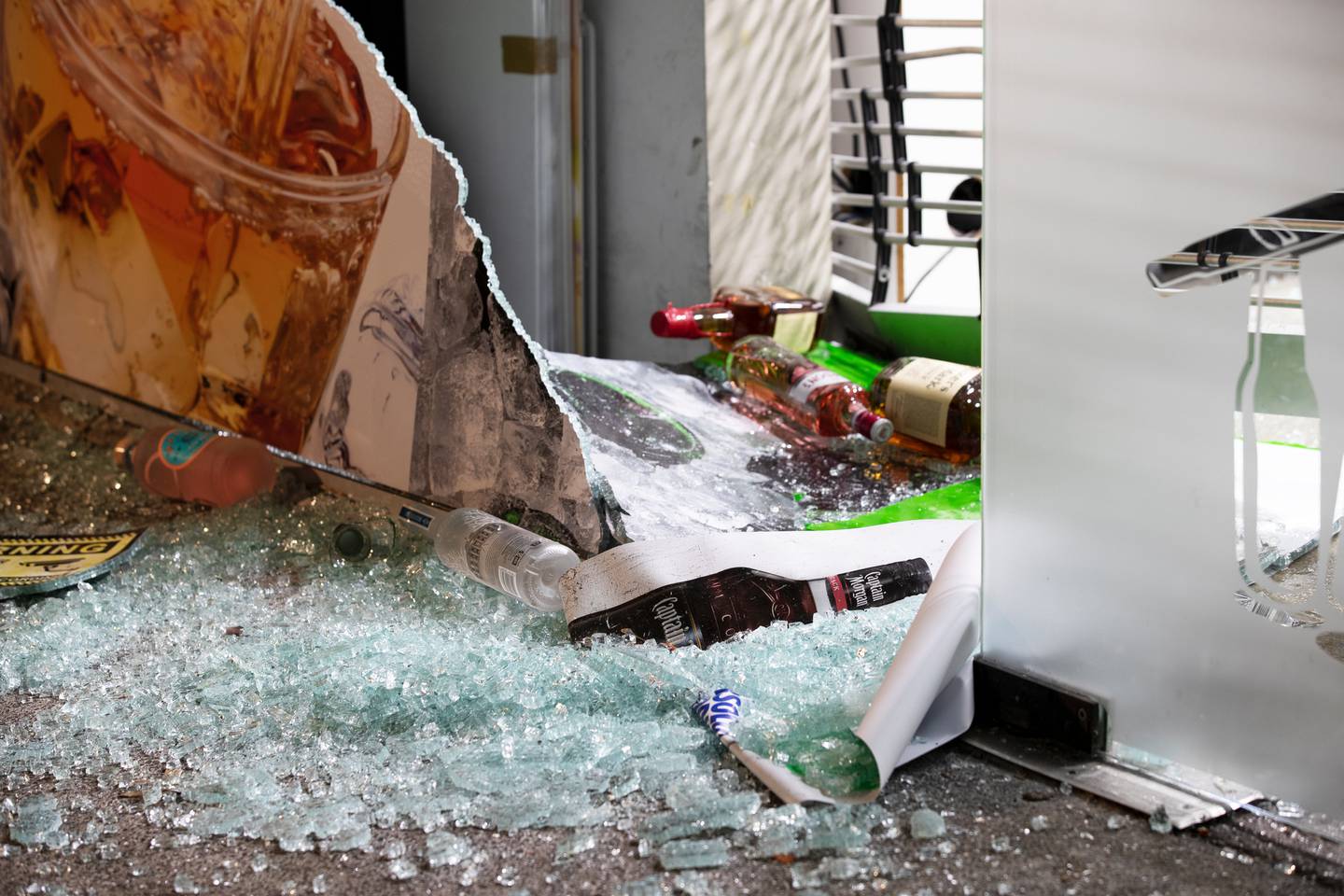 The damage left behind at the Bottle-O shop on Duke St, Mt Roskill. Photo / Hayden Woodward 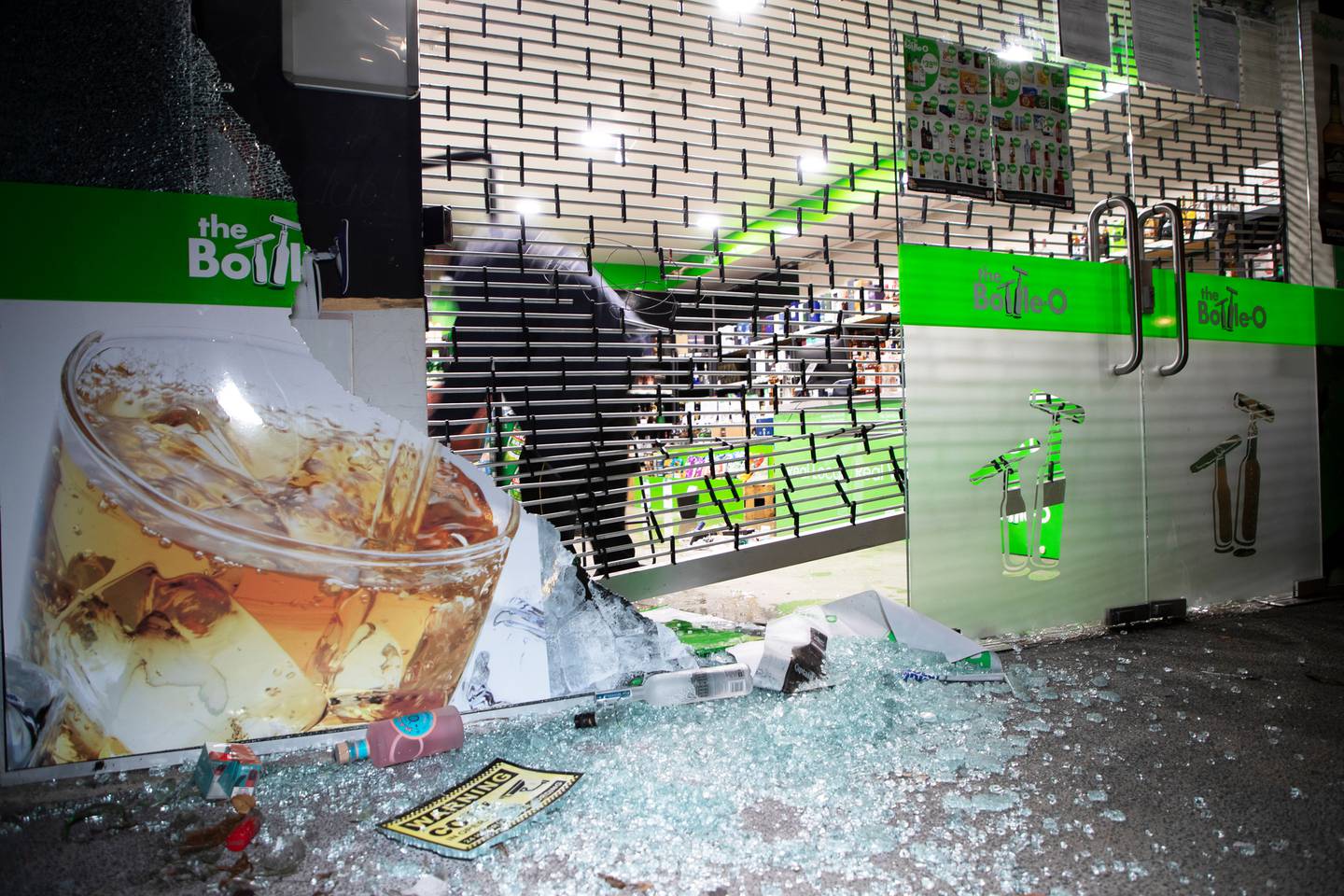 Photos show smashed pieces of glass covering the ground and bottles of alcohol left outside.

A Police spokeswoman told the Herald the incident happened about 3am and involved a group of people forcing entry into the shop.

"The group have taken a number of items before fleeing from the scene in multiple vehicles," she said.

Police inquiries are ongoing into the incident, but authorities are urging anyone who may have information relating to it to come forward.

The owner of the store listed some of the items and alcohol that had been taken; including cigarettes, rum, vodka and spirits.

"I don't leave many cigarettes in the store anymore. It's not safe."

The owner said he understood there was a group of up to four or five people involved and that they had a hammer.

The Herald understands that a dairy in Epsom has been damaged in an incident overnight.

Thieves also targeted a Noel Leeming store in Auckland overnight - the second one in two days.

Police were called to the Noel Leeming St Lukes Mega store on the corner of St Lukes Rd and Wagener Place in Mt Albert, West Auckland, after reports of an attempted burglary.

It is understood the incident happened shortly after midnight.

However, thieves were forced to leave after their attempts to break through protected glass at the store failed. Huge bollards can also be seen outside the shop, installed in a bid to stop would-be ram-raiders. A witness at the scene said it appears those involved tried to use a hammer to repeatedly hit the glass, but could not break through it.

Photos show multiple attempts at smashing the glass completely. Despite being damaged, the glass panels appear to be intact.

It is the second Noel Leeming store to have been hit by would-be thieves in two days.

On Wednesday, burglars smashed their way into the Noel Leeming shop on Pah Rd, in Royal Oak, at 3.10am, shattering windows at the entrance.

A police spokesperson said the offenders used a vehicle to force their way through an external gate before using tools to break into the store.

Fleeing in a vehicle, the burglars caused minor damage to a police car.

Can you help? Anyone with information should call Police on 105 or CrimeStoppers anonymous on 0800 555 111