Another liquor store has been targeted in a ram raid and three teenagers have been arrested.

Police were called to the brazen break-in at the Royal Oak Liquor Centre around 3am.

At least seven officers were there, and could be seen escorting three teenagers in custody from the scene.

The store owner told the Herald it was the third time he's been hit in recent months. This was the first ram raid, the previous times were smash and grabs. 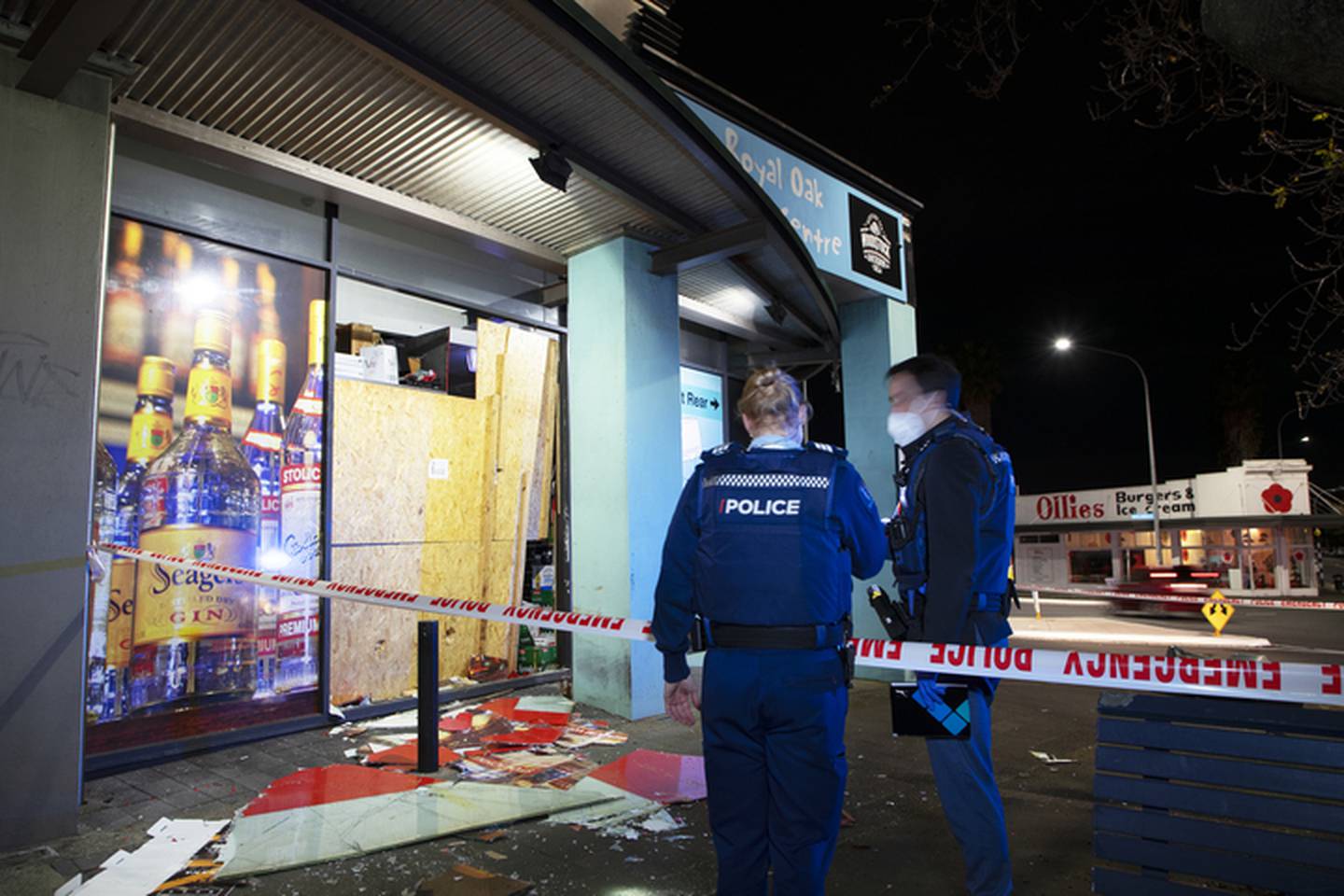 Police responded to reports of the ram raid around 3am. Photo / Hayden Woodward

Smashed glass and board littered the front of the store.

"We're still boarded up from last time," they said.

A witness said a stolen silver Mazda Demio and a Nissan Tida which had a dent by the left headlight, were recovered. 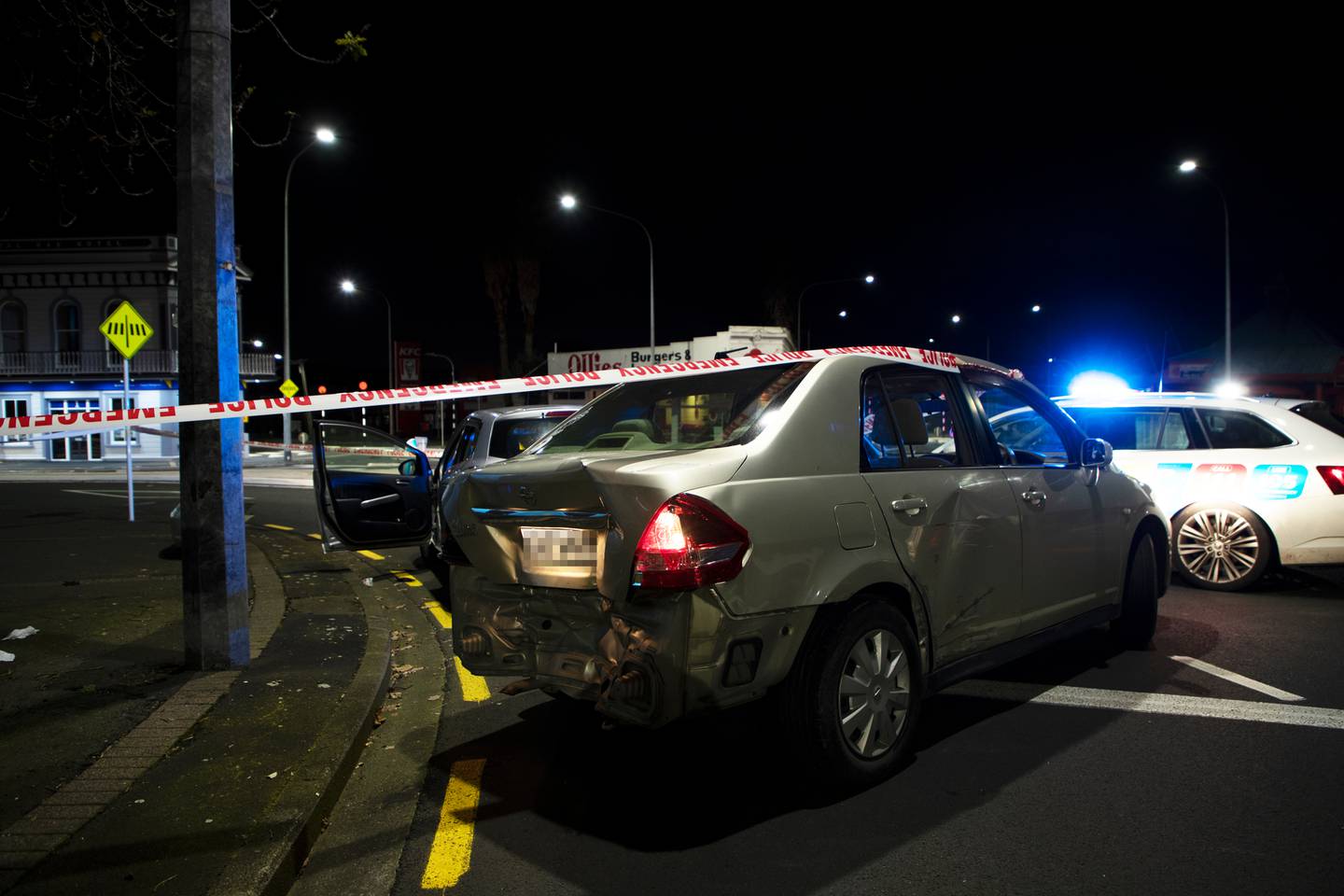 Auckland police were also called to a burglary at Mangere Bridge School on Coronation St shortly before 3.40am.

It's understood a number of items were stolen from the office 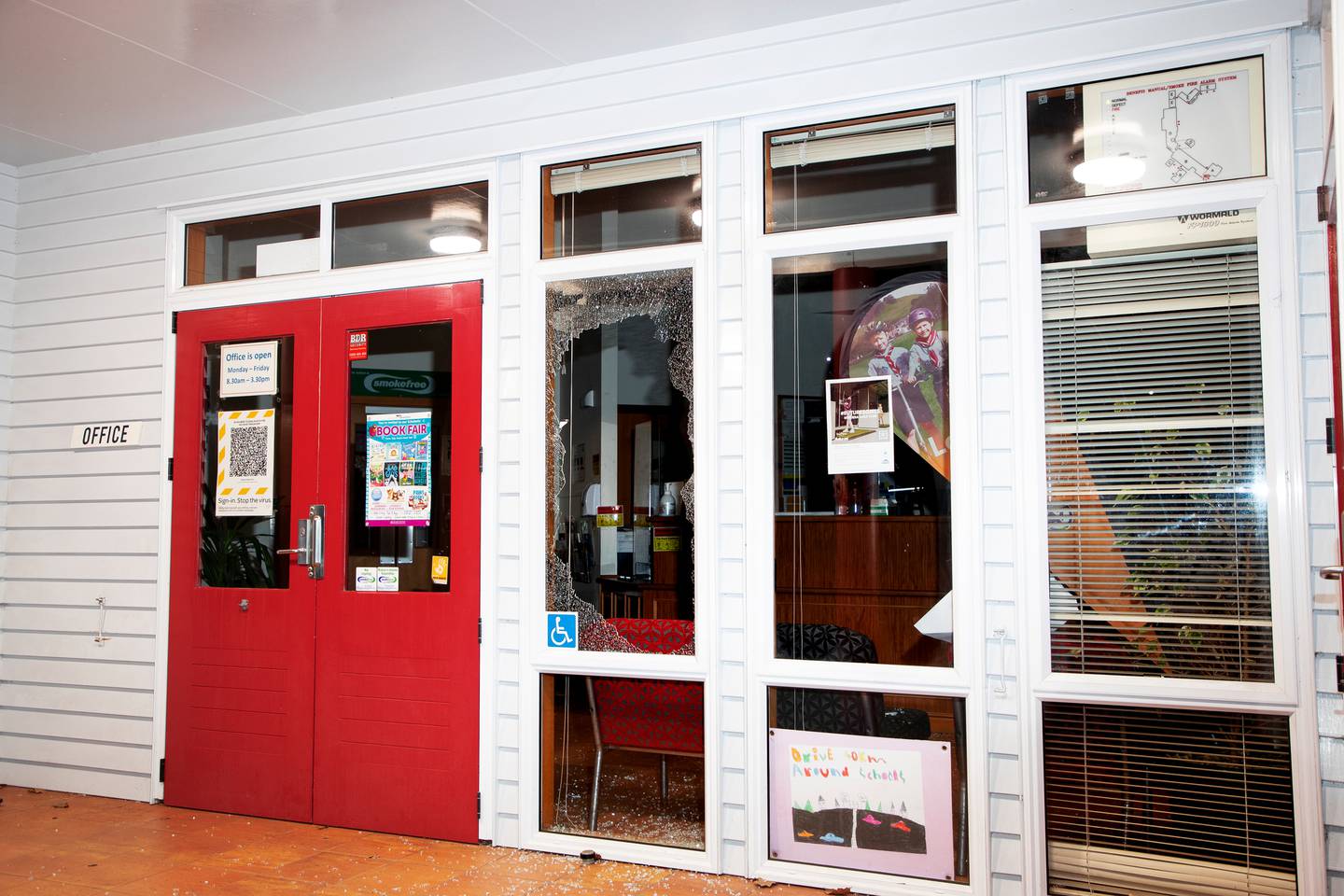 There was also a burglary at Mangere Bridge School early this morning. Photo / Hayden Woodward

This comes after a group ram raided Liquorland in Parnell yesterday and took around $5000 worth of stock, including spirits and peanut slabs.

A CCTV camera captured the three-minute crime spree, footage shows the group drive a vehicle slowly up the front entrance steps before smashing through the doors of the store.

The thieves fill bags with alcohol - but end up dropping several bottles on the front steps as they flee the premises.

Manager of the store, John Trail, estimated that approximately 30 bottles of spirits were stolen including "quite a lot of Bailey's, they obviously had a sweet tooth."

Police have recently boosted patrols around the city's hotspots as ram-raiding youths continue to torment the city.

Police Minister Chris Hipkins said he was buoyed by the approximately 150 arrests and 750 charges since February in relation to ram raids.

"Police are focusing significant investigative effort on the recent spike in retail offending, including ram raids, and have a good success rate in holding offenders to account."

Earlier, Police Commissioner Andrew Coster said most of the youths carrying out the ram raids and smash and grabs were younger than 15.

He said the teenagers involved in the smash-and-grabs were not "productively engaged".

His comments suggested that even if the culprits are caught, police may be unable to prosecute them because of their age.

In an exclusive interview with the Herald, Auckland Detective Inspector Scott Beard said at least 12 smash-and-grabs had occurred across Tāmaki Makaurau in the six weeks from the end of May to mid-July.

He noted more businesses had been reviewing their security arrangements and enrolling in health and safety courses for their staff.

Harford felt a campaign from central Government was necessary to target the notoriety such crime afforded offenders on social media.