A man who set fire to a house and then opened fire on police is dead and three officers are injured after a standoff in West Auckland this morning.

One officer was seriously injured and two colleagues were hurt. The injuries were not life-threatening but Police Commissioner Andrew Coster they were all in hospital after a Glen Eden house was burnt down and a series of gunshots fired off.

Dramatic footage recorded by a local shows a number of police approach the property, armed with assault rifles.

Multiple shots are heard before an injured officer is helped from the property by his colleagues.

Officers are seen to immediately begin performing CPR on the person, doing chest compressions as an ambulance arrives.

As the video ends the officers can be seen still working on the injured person, not letting up their lifesaving efforts. 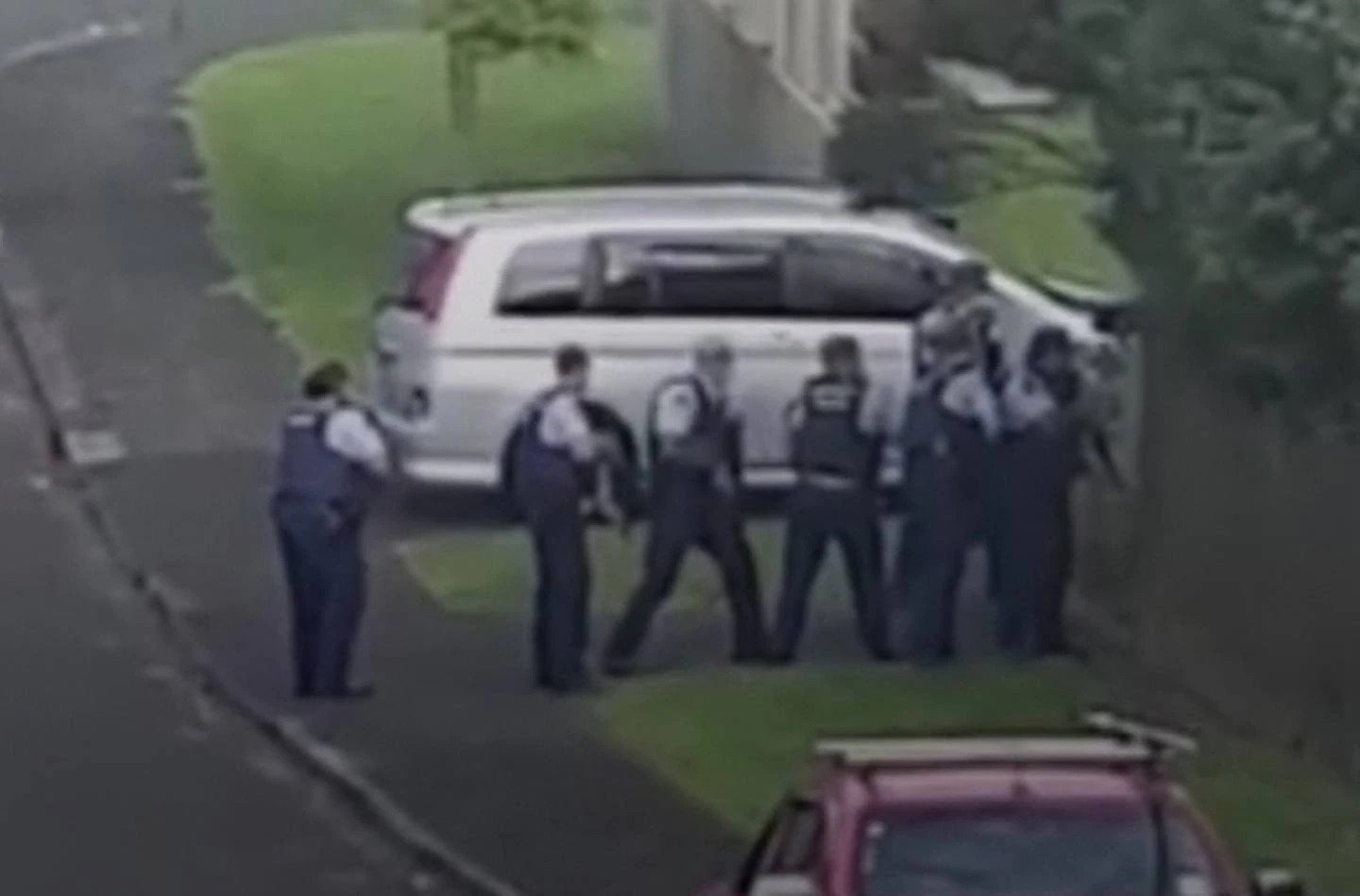 Police confront an armed man at the property, who was shot dead after opening fire at officers.

One resident told the Herald police called her this morning while she was at work, asking if anybody was at home while the shooting unfolded.

She told her niece to lock all the doors and windows. She drove home but hasn't been allowed inside the cordon.

The resident said she lived in Glen Eden for 19 years and said the area is normally very safe and this incident is unusual.

Another resident standing at the cordon is wanting to get back home to her two teenage children, who were home alone while the shooting unfolded.

They said they saw smoke and armed police officers running on their driveway and heard gunshots.

Residents of Danube Lane were ordered to stay inside, as police contained the scene after being called to the area at 8.17am today.

Photos from residents show a body lying under a white sheet out the front of a house, while scores of armed officers are pointing their weapons at the house.

Coster said AOS attended and tried to negotiate with the man, however matters escalated and he fired at police who returned fire.

First aid treatment was given but the man died at the scene.

"We are working to notify the man's next of kin and will be providing them with support at this difficult time.

"Two of our officers have moderate injuries and a third officer has been seriously injured.

"All three are in Auckland Hospital in a stable condition receiving treatment."

The injuries were not life threatening, he said.

"I try to call every officer who gets seriously injured on duty.

"These are not calls I want to have to make.

"The Police Commissioner and I are committed to improving frontline safety. 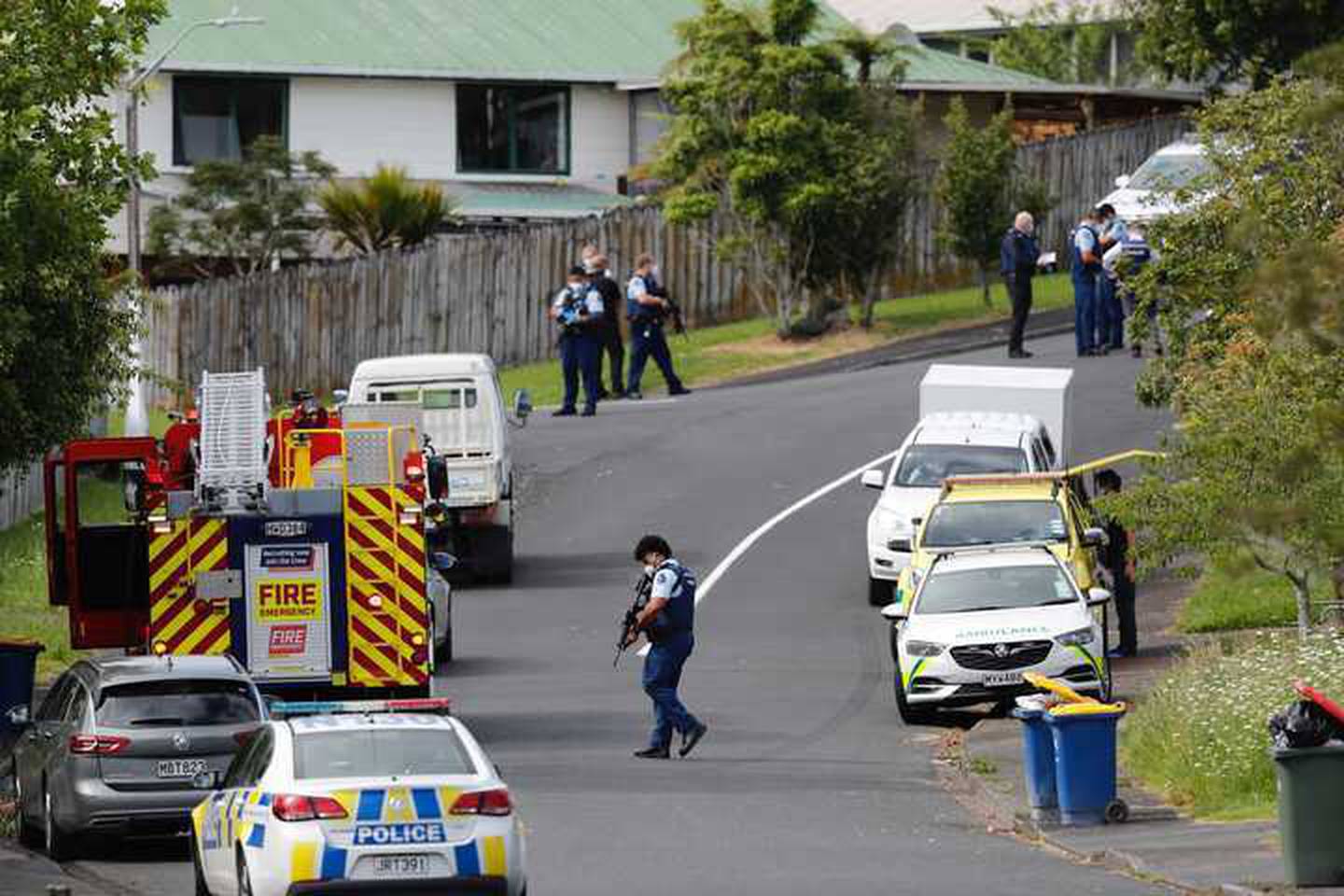 "We owe this to our officers who deserve to return home to their families at the end of a day at work."

The incident is one of many to have left either officers or members of the public seriously injured in a tumultuous past couple of months for Glen Eden and New Lynn.

Just last night, a police officer was struck by a vehicle while laying down spikes to stop it at the intersection of Great North Rd and Fruitvale Rd in New Lynn, while a woman was critically injured after being shot in the stomach at a Trojan Cres home two weeks ago.

Another incident at the same property around a month earlier also attracted armed officers, the resident claimed.

Meanwhile, father-of-two Robert James Hart was shot and killed in broad daylight on a driveway on Great North Rd, just metres away from next-door motel staff who were cleaning at the time on November 5.

Police descended on nearby Virgo Pl after a stoush between rival gangs, Head Hunters and Comancheros, erupted on the street.

They were armed with machetes and bats and "confronted" another group of men who were said to be Head Hunters gang members. 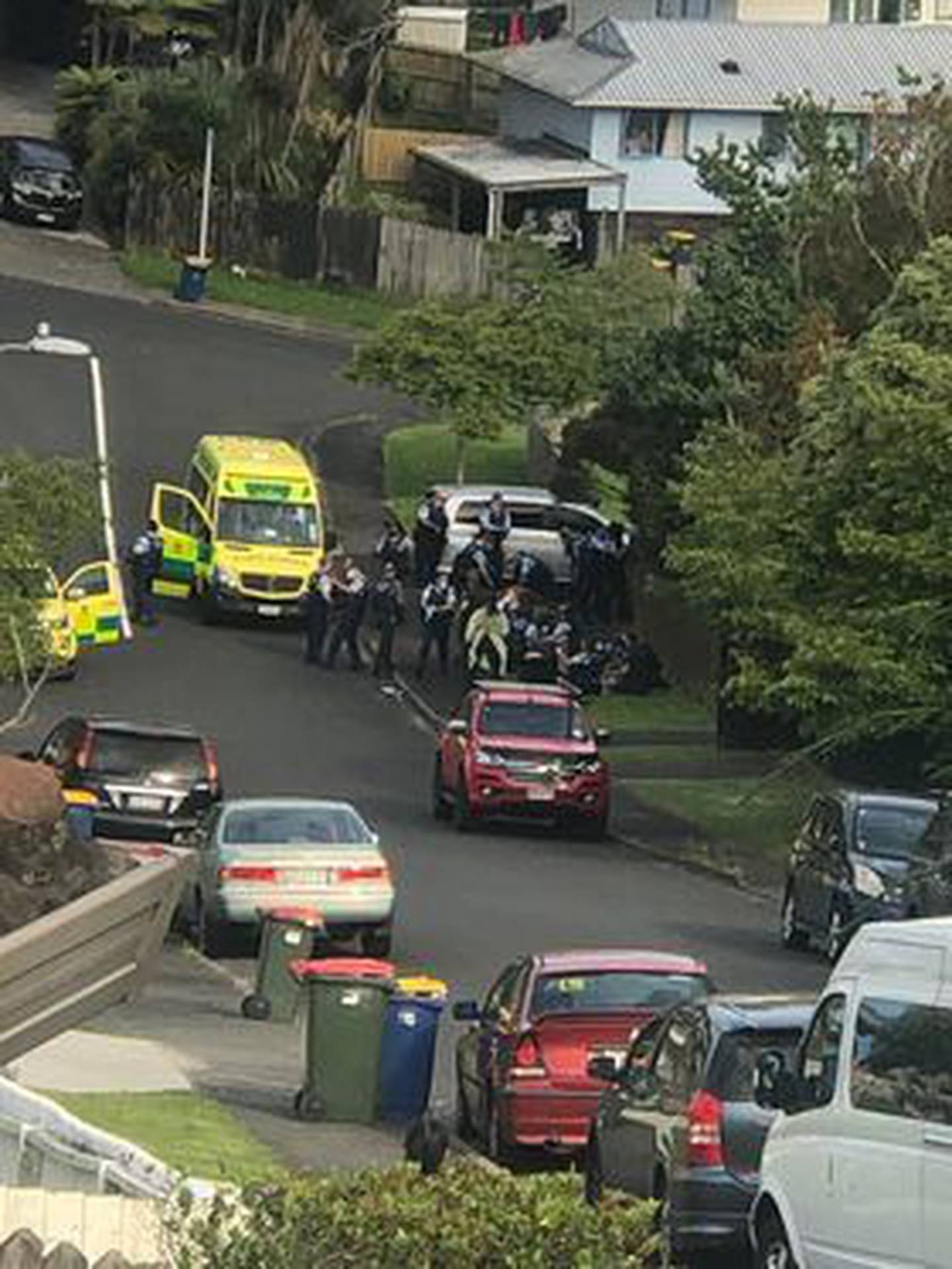 The two groups had an "altercation" during which a handgun was fired "several times".

No one was shot, but the man injured in the fracas suffered multiple stab wounds and a broken leg. One person was taken to Auckland Hospital in a critical condition.

Meanwhile, two people were hospitalised - one with serious injuries - after reportedly being attacked at a house in West Auckland on November 5.

Police and emergency staff were called to a property on Evans Rd, Glen Eden, about 2am after reports that two people had gone into a house and allegedly assaulted those inside.

Coster will address media at a press conference this afternoon.