A man has been found dead outside a "gentlemen's club" in the Auckland suburb of Epsom.

A member of the public found the body just after midnight this morning and police are treating the death as a homicide.

A scene examination is underway at the corner of Manukau Rd and Empire Rd. 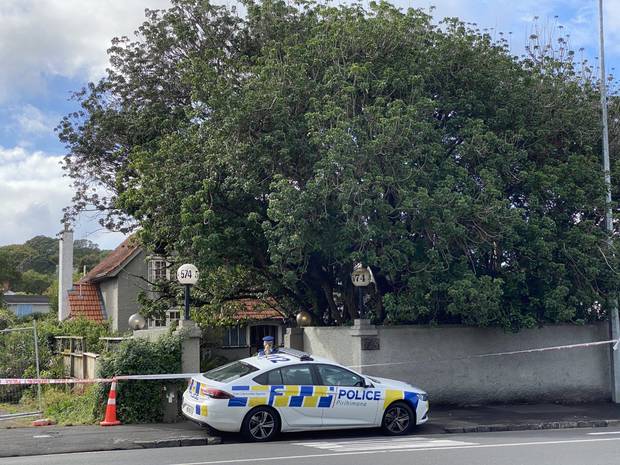 The location is outside "Club 574 Gentlemen's Club" in Manukau Rd.

A worker who turned up for her shift this morning arrived not knowing what had happened.

The woman, who did not wish to be named, had worked at the parlour for about a year and, in that time, there had been "no drama" other than that between the girls themselves, she said.

The site did not have security. However, there were security cameras both on the inside of the property and outside.

She also said that there was always a manager on site who stepped in if a client was aggressive, for example.

"[A manager] would sort them out or [a client] would leave if they're too aggressive or if they're not complying with the rules - usually kick them out."

Club 574 describes itself as one of Auckland's longest running, "premier massage establishments, providing some of the most luxurious rooms in the city".

It says it is discreet, with private parking for customers.

"Accompanying, sensuous ladies aim to cater to all your needs."

POLICE PUT UP DRONE OVER PROPERTY

Police have cordoned off a two-storey house at the address.

Authorities also put up a drone over the property this morning.

A white Toyota car remains parked in the driveway and two lights above the driveway gates remain on, but otherwise there is no sign of movement at the property.

A second police car and officer are barring access to a side alley near the house.

The house is located on busy Manukau Rd, opposite cafes and a bar and collection of small businesses.

Police cordons were in place when he arrived at work at 6am today, but he didn't know anymore details. He said he hadn't noticed any problems at the address in the past. 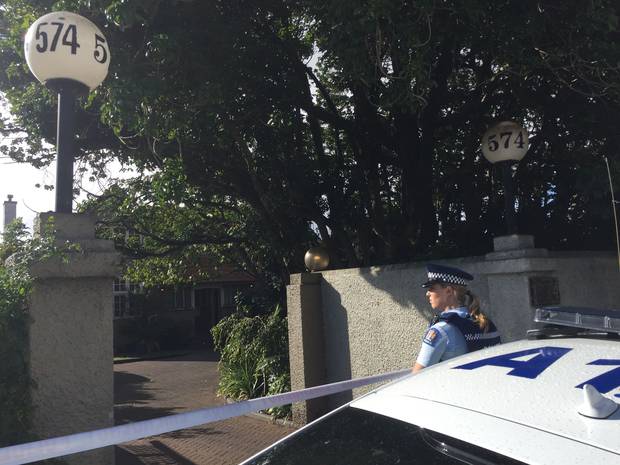 The entrance to a gentleman's club at 574 Manukau Rd is cordoned off by police.

Another small business owner said the brothel was "a busy little place" with plenty of customers.

When she had been in her store late at night she said she had seen some of the women from the brothel coming out to the street to meet gang members.

"That's not good, it's supposed to be a happy house isn't it?" she said.

Detective Inspector Glenn Baldwin said police were called to the address on Manukau Rd by a member of the public just after midnight. The crime scene in Manukau Rd this morning.

An autopsy will be conducted today.

"We are still working to confirm the man's identity and locate next of kin," Baldwin said.

* Anyone with information is asked to contact Auckland City Crime Squad on 09 302 6557.