Molloy, who is best known as the owner of Viaduct bar HeadQuarters, is to date the only person charged by New Zealand police over dozens of suppression breaches before and after the high-profile murder trial of Jesse Kempson in November 2019.

Kempson's suppression remained for several months after he was sentenced to life imprisonment for murdering the British backpacker because he faced two further trials for violent sexual offending against two other women.

Before Kempson's suppression lapsed late last year, however, Molloy posted the killer's name on an online forum while the killer's jury was deliberating in November 2019. Molloy pleaded guilty to knowingly or recklessly breaching Criminal Procedure Act suppression provisions and was convicted, fined $15,000 and ordered to 150 hours' complete community work earlier this year.

Today, Molloy, a qualified veterinarian, and his lawyer David Jones, QC, asked Justice Timothy Brewer at the High Court in Auckland to quash the restaurateur's conviction and sentence. The judge reserved his decision after a nearly hour-long hearing.

Jones said his client, who was sitting in the public gallery, was a man of "immense community spirit who quietly goes about contributing in various ways".

Molloy is generous with his time and resources, the top defence lawyer said, including donating to charities and helping to feed the homeless.

"We also have the more public persona of Mr Molloy which is at times more outspoken," Jones said, adding the breach followed a "fusion or a meeting" of the two Molloys. 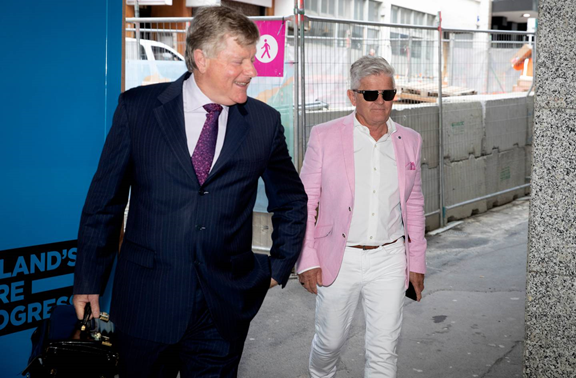 Court documents earlier released to the Herald show Molloy started a discussion on November 22, 2019 on the NZ Premier Racing Community's website, where the 65-year-old is known as "poundforpound".

"He got name suppression because he's also up on another independent rape charge … he needs a bullet," Molloy wrote.

"... I put it here because this forum has the traffic and people need to know about this dog."

Later in the evening Kempson was found guilty of murdering Millane.

At 8.58pm Molloy made another post on the forum naming the recently convicted murderer, court documents show.

"Jesse Kempson was an employee of my sisters at her restaurant bar, Oyster & Chop, and he flatted with my niece for a short period before he was asked to leave due to his inappropriate behaviour," Molloy said.

"Just saying, and that is a fact."

When spoken to by police, Molloy said Kempson had "no rights".

"Why should he be protected when this poor little girl wasn't, and her family wasn't," court documents state. 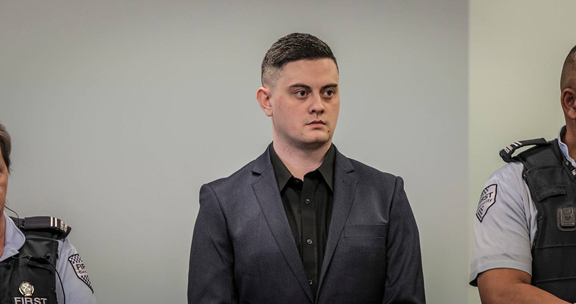 Today, Jones said Molloy simply couldn't understand how a young woman could have her intimate sexual life "paraded through the media" while the perpetrator enjoyed suppression.

He told the court, Mollloy, who announced his campaign for Auckland mayor last month, considered it a great injustice and this "deeply offended his sense of right and wrong" but was also unaware suppression was to protect Kempson's fair trial rights.

"Mr Molloy was expressing what a lot of people thought in terms of 'why on earth has this person got suppression?'"

After his sentencing Molloy told media: "This is not about me, I'm irrelevant, this is about Grace Millane and her family and the way they were treated and humiliated by the system."

Jones told the court today Molloy's offence also occurred in a case "where breaches had been endemic".

"Anyone who cared to find out the identity of who was charged could have done so from the day of his arrest," he said.

There were several breaches of Kempson's name suppression after his arrest and first court appearance during December 2018.

One person sitting in the public gallery at the first hearing in the Auckland District Court posted a photo on their Facebook page, while the UK and Australian press also named Kempson.

The blatant breaches caught the ire of then Justice Minister Andrew Little, the Bar Association, and led Prime Minister Jacinda Arder to comment when asked about the effectiveness of suppression laws in the internet age.

The officer in charge of the murder case, Detective Inspector Scott Beard, also warned New Zealanders it was a crime to identify the then accused killer on their social media pages.

Google's algorithm was responsible for arguably the biggest breach when it inexplicably sent a mass email to its Kiwi subscribers naming Kempson. The tech behemoth was later warned by police and apologised. 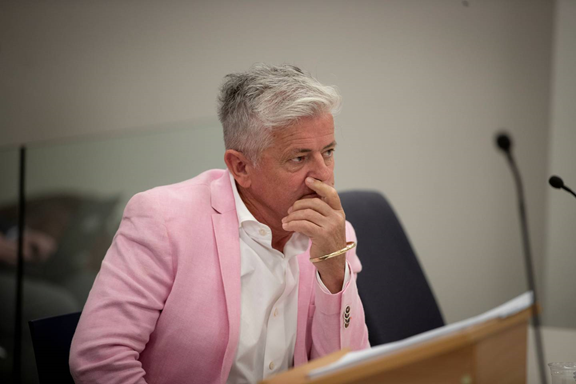 The Auckland businessman is seeking to overturn his conviction and sentence. Photo / Dean Purcell

Jones said it may be "one of the evils of the internet" that users are able to find information which shouldn't be in the public domain with relative ease.

If Molloy's conviction stands, his future travel for business and veterinarian interests to the United States and Australia would be disrupted, Jones said.

A Herald investigation about the increasing reach and presence of global tech giants found information suppressed by New Zealand's courts in high-profile cases could be easily revealed searching for key terms on Google, Facebook and Twitter.

Justice Minister Kris Faafoi has earlier told the Herald there were no current plans to amend legislation relating to suppression. Ministry of Justice officials and other agencies, however, have had ongoing discussions with tech and social media companies about how breaches of suppression orders can be quickly identified and removed.

In January 2019, Ardern also raised the issue at a dinner with Google executives at the World Economic Forum in Davos, Switzerland.

While breaking a suppression order is not an extraditable offence for those who do so overseas, people in New Zealand face up to six months' imprisonment or a $25,000 fine.

After Kempson's two other judge-alone trials last year he was found guilty of all nine charges he faced but is appealing. The sentences for all his crimes will be served concurrently, which includes a non-parole period of 17 years.