Four people have been arrested after police were led on a dramatic chase that saw a vehicle linked to a smash and grab burglary driven the wrong way across Auckland's Harbour Bridge.

Several police vehicles were also damaged and two officers were taken to hospital after their car crashed while responding to the incident.

Authorities were called to a burglary about 1am at an electronics store in Silverdale - understood to be the Noel Leeming premises.

"Ground staff were directed to this location and attempted to block this third vehicle, but it rammed two of our vehicles before fleeing.

"No pursuit has been initiated. Instead, Eagle continued to provide observations of this vehicle as it entered the motorway network on the wrong side of the road," Hassan said.

"It has travelled across the Harbour Bridge and exited on Curran St where spikes were successfully deployed."

It was during that time that two police officers responding to the incident crashed their car on Jervois Rd.

Neither officer suffered serious injury, Hassan said. However, both officers were taken to hospital for observation.

The fleeing vehicle then travelled through parts of Ponsonby before entering the North-Western motorway, where it was seen driving around in a "dangerous manner".

Authorities later managed to stop a blue car from heading on to the wrong side of the motorway near the Lincoln Rd off-ramp in Henderson, West Auckland.

A witness at the scene told the Herald the car's front wheels were on its rims by the time police had stopped it on Lincoln Rd.

"There was damage to the front of the car and police cars there were damaged too."

It is not yet known whether anyone was arrested at the scene. Police have been contacted for comment. At the Noel Leeming retail store, shattered glass could be seen inside.

"It was boarded up pretty quickly," a witness said.

"There was glass and Apple products on the floor." 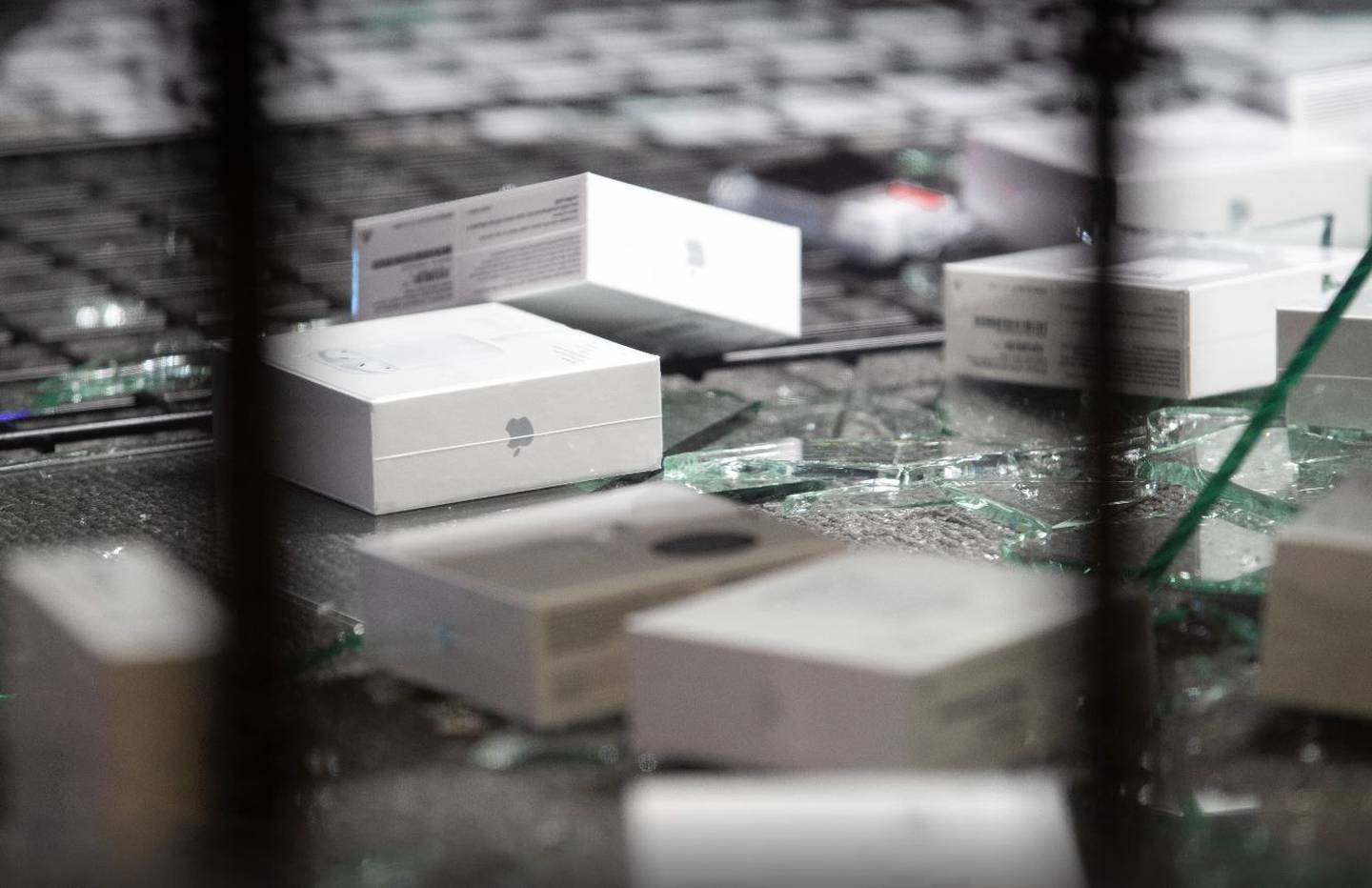 Apple products can be seen scattered on the floor at the Noel Leeming store. Photo / Hayden Woodward

Police were also called to a superette in Kingsland after reports of a ram raid shortly before 3am.

The incident happened on New North Rd, with offenders leaving a stolen vehicle at the scene and leaving in a second, a police spokesman said. 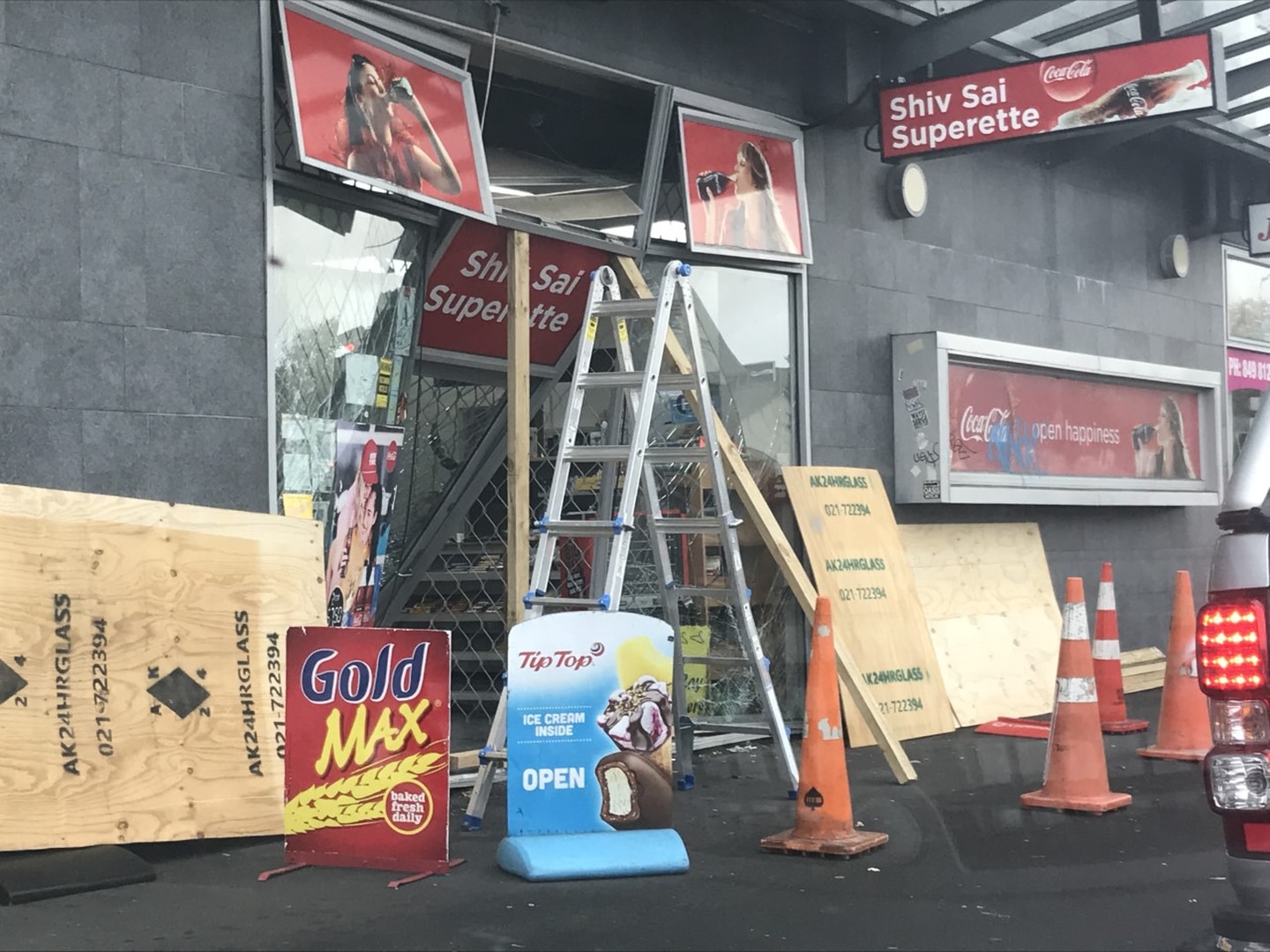 The scene at the Kingsland ram-raided dairy this morning. Photo / Jessica Boell

"Police inquiries are ongoing into the incident and we will be following up with the store's owners."

Anyone with information that may help police is urged to contact authorities immediately.