Thieves have struck at one of Auckland's oldest and most well-known retail stores overnight.

Smith & Caughey's, in Queen St, has been left with shattered windows and missing items after thieves targeted it late last night.

A police spokesperson said officers were called to the site about 11.40pm after a vehicle was used to smash into the building.

"A number of offenders subsequently entered the store and have taken a range of items before [leaving] the scene in three vehicles." 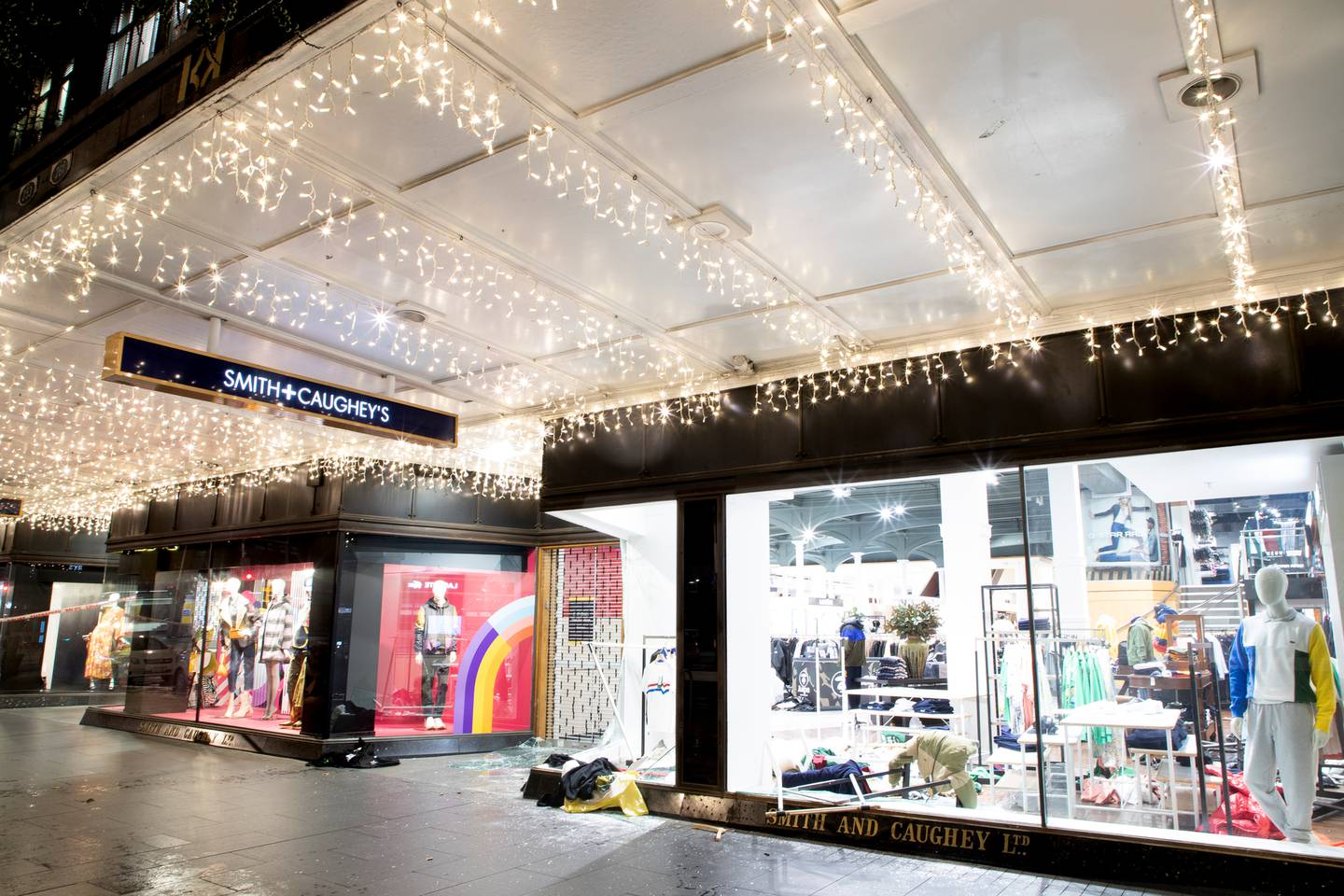 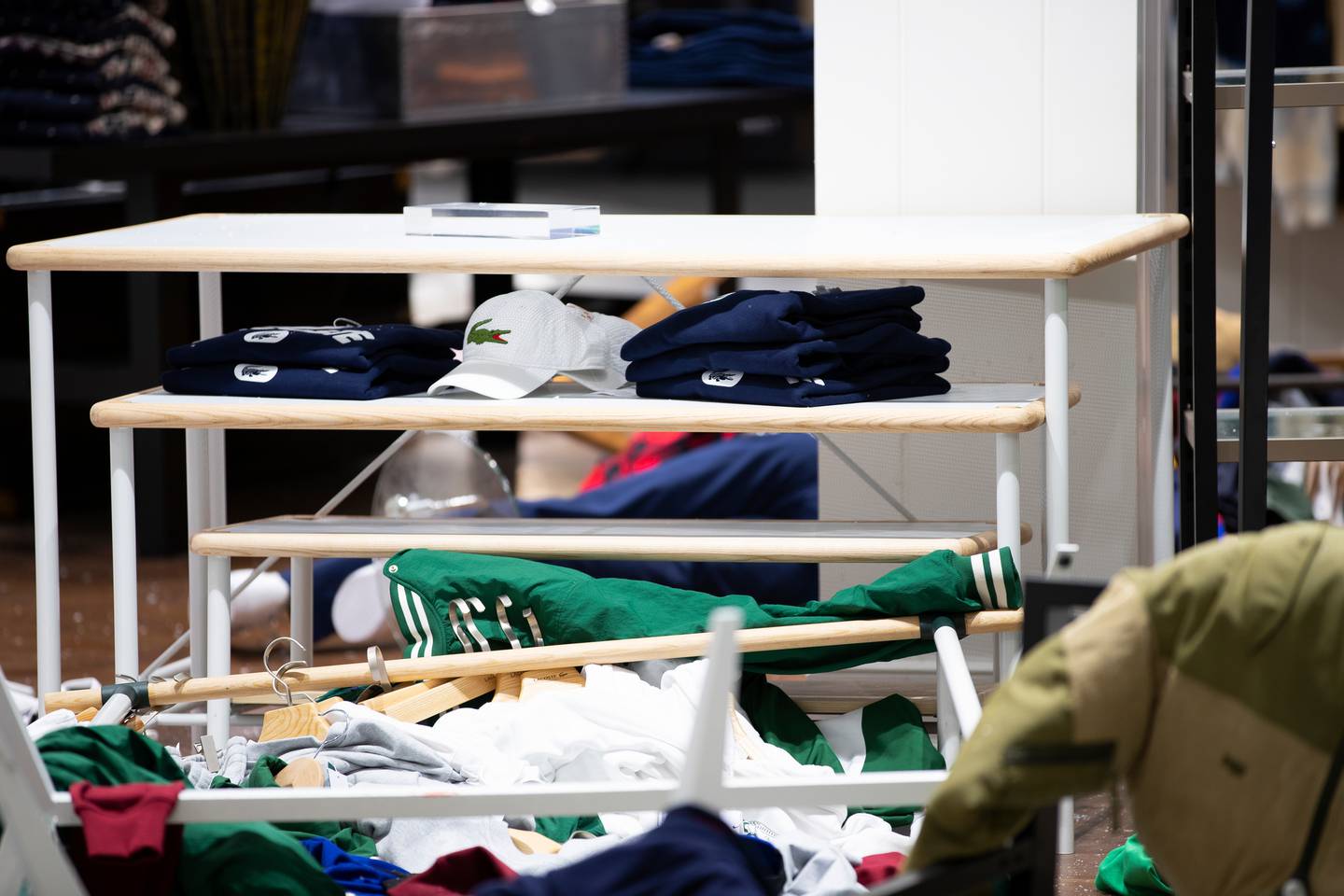 Smith & Caughey's, on Auckland's Queen St, was left badly damaged and with clothing strewn on the floor. Photo / Hayden Woodward

Two of those vehicles have since been found abandoned.

"The investigation to identify those involved is ongoing - which includes reviewing CCTV footage - and speaking to witnesses."

Photos show large panes of glass broken and with bits scattered on the ground. Clothing items can be seen strewn across the floor.

It is not yet known whether anyone has been arrested in relation to the incident.

Police were also called to a shop in Kelston, West Auckland, after reports of a ram raid shortly before 11.30pm yesterday.

Authorities responded to reports of a ram raid-style burglary at the My Choice Mini Mart on Sabulite Rd.

The shop's front window was smashed and the vehicle involved towed in the early hours of this morning. 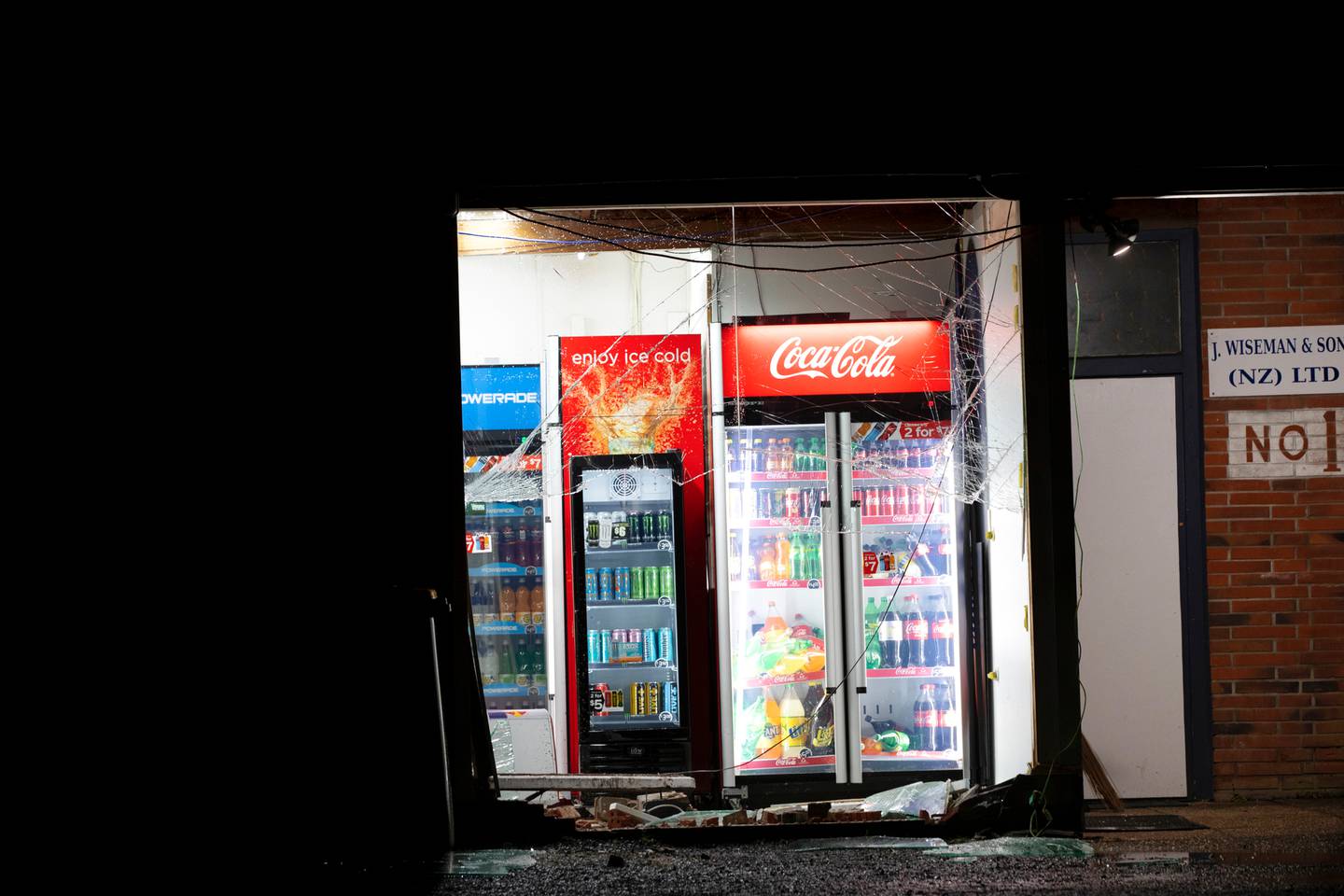 The My Choice Mini Mart in Kelston, West Auckland, has been left damaged after a ram raid late last night. Photo / Hayden Woodward

Police said they received reports that a vehicle had been used to gain entry into the shop and people were interrupted by members of the public.

"The offenders were interrupted by witnesses and have abandoned the scene in a second vehicle without taking anything from the store."

A burglary was also reported at the Oratia Superette on West Coast Rd in Oratia, near Glen Eden, West Auckland.

A witness said at least one window had been smashed in that incident.

The overnight incidents come just days after authorities confirmed that a new city centre Police base will be created in Auckland in a bid to fight the high rates of crime over the past few months.

A site previously used by its managed isolation and quarantine staff will be opened in about six weeks and would act as a base for about 40 police officers who will start and end their patrols closer to the city centre.

Police are urging anyone with information relating to any of those incidents to contact authorities immediately.