Residents are being urged to stay inside as police, including the Armed Offenders Squad, deal with an incident in Maraenui.

The Armed Offenders Squad and Police Negotiation Team (PNT) are at an incident on Gilray Avenue, Maraenui in Napier.

As at 2.30pm, there were armed police as well as a police dog which could be seen near a property.

As at 3pm, police could be seen with a battering ram and appeared to be storming a house.

There are cordons in place and residents are asked to stay in their homes as a precaution.

Police did not say when they were called to the incident but stated they have been there since "earlier in the day". 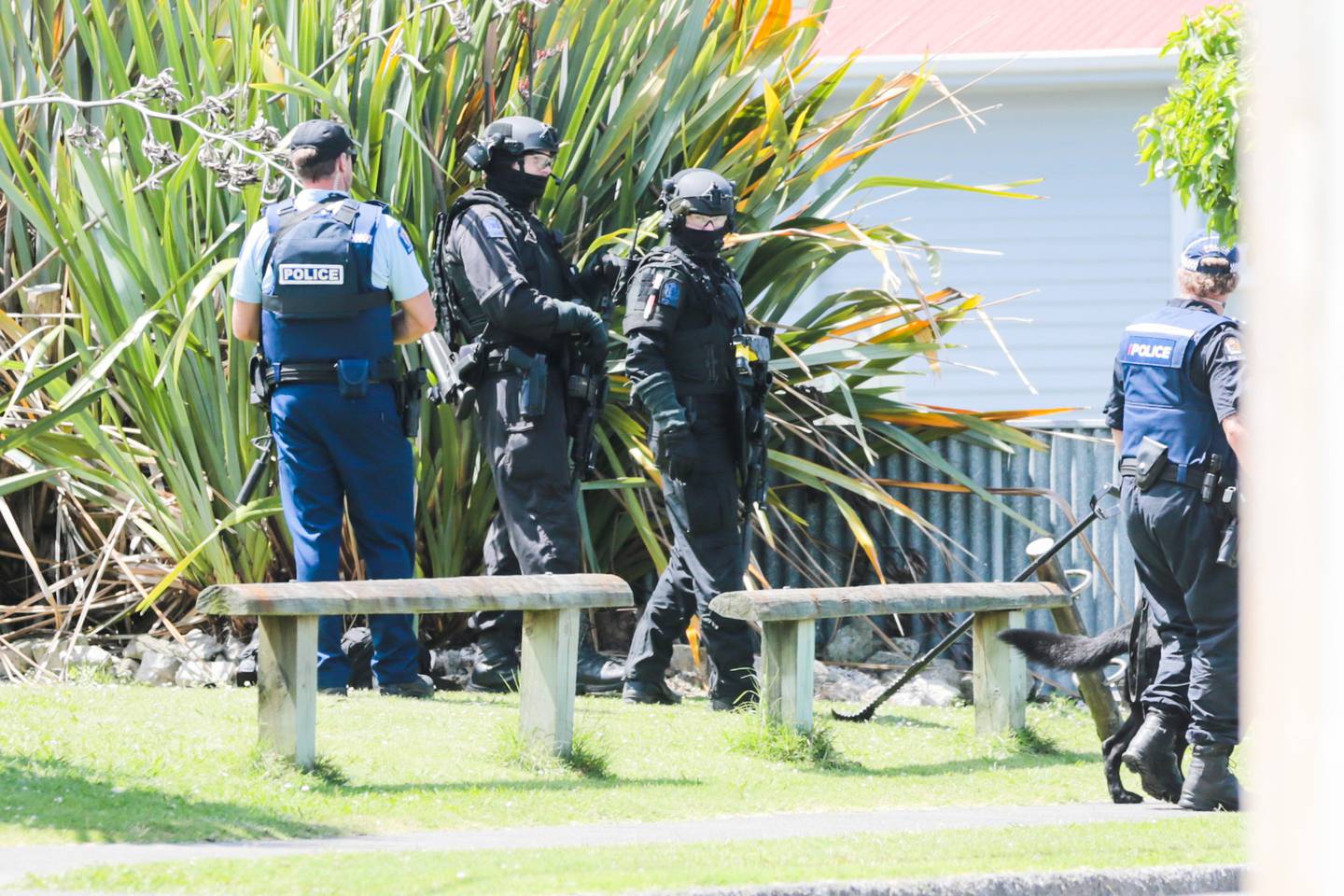 Armed police at the incident in Maraenui on Tuesday afternoon. Photo / Paul Taylor

A NZ Police spokeswoman said a vehicle had allegedly been stolen from a Flaxmere address early this morning before it was located and then stopped by police about 10.30am.

"Police located it and successfully deployed spikes on Wall St in Hastings," she said.

A 21-year-old man was arrested and charged with unlawfully taking a motor vehicle, driving in a dangerous manner and being an unlicensed driver failed to comply with a prohibition.

He is due to appear in the Hastings District Court on January 7.

A 32-year-old man was also arrested on an outstanding warrant.

Not long after that incident, a motorcycle rider came of their bike about 11.50am on Porangahau Rd, near Porangahau, in southern Hawke's Bay.

Paramedics and a rescue helicopter went to the scene and treated the rider who suffered moderate injuries.

The patient was flown to Hawke's Bay Hospital.

Emergency services were then called to the beach at Porangahau about 1.30pm following reports of two swimmers in trouble in the water.

A Hawke's Bay Rescue Helicopter spokesman said when they arrived the two swimmers - a father and son - had managed to get to dry land.

They were flown to hospital as a precaution.