A mother of six run down on Christmas Day.

Three teenagers all out with their mates.

A man determined to make a fresh start.

These Kiwis are the faces of the holiday road toll.

Over Christmas and New Year 17 people were killed in 17 crashes on New Zealand roads.

It was the worst holiday period for deaths since 2016-17 when 19 people were killed.

"For 17 people to lose their lives is just horrendous … it's an absolutely tragic number," Assistant Commissioner Bruce O'Brien said this week.

"But we also have to stop thinking about it as a number, these are human beings – mums, dads, sisters and brothers – that are sitting behind these numbers."

O'Brien said there was a "significant loss of life" on our roads in 2021 including the holiday period - where instead of enjoying the summer whānau and friends who lost loved ones in crashes were attending funerals.

"The impact on whānau, friends and communities cannot be measured when someone is killed in a road crash.

"It's also incredibly frustrating for police to see people losing their lives in completely preventable incidents."

While all 17 fatal crashes are all still under investigation by police serious crash teams, O'Brien said in general the same contributing factors were routinely present.

"For some people the message is just not getting through and that's about people wearing their seatbelts, excessive speed on some roads that we're still seeing, far too many people still using their cellphones while they're driving.

"And unfortunately, alcohol is still a significant contributing factor for death and serious injury crashes."

Police have expressed sympathy to the loved ones of all those killed on the roads since Christmas Eve. 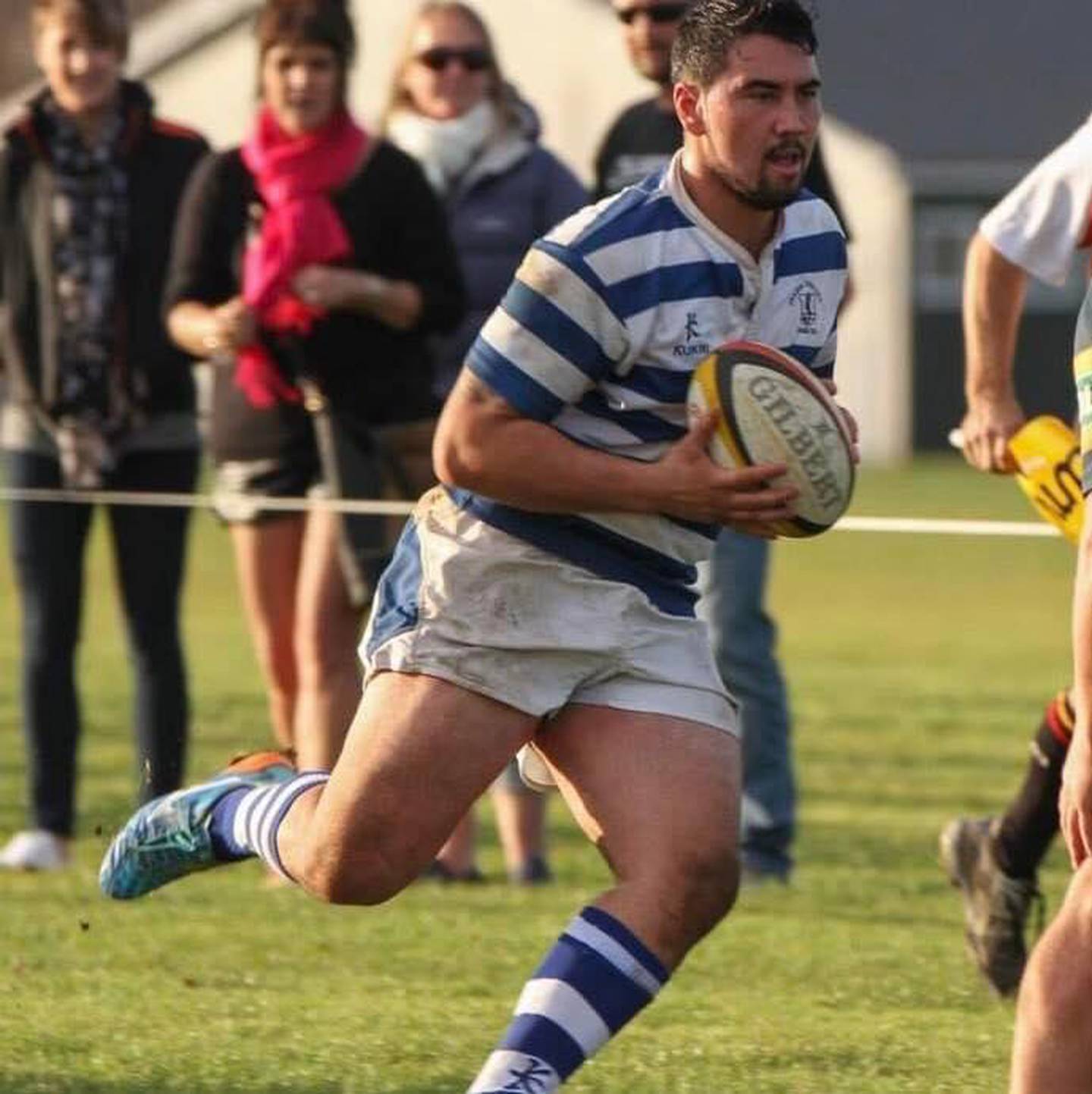 The 24-year-old from Turangi died in a crash about 7.15pm on December 24 on State Highway 1 at Motutere, south of Taupō.

Dempsey has been remembered as "such a good person and a "kind lad" with a big heart and a huge sense of humour.

"You lit up the room every time you walked in and always had the biggest smile in town," a friend wrote in a Facebook tribute.

The club posted a tribute to him, saying: "rest easy bro, thanks for the time and many occasions you wore the blue and white of this great club - you will be missed".

Daniel Woolley was driving his wife Rachel and 4-year-old daughter, Teegan to Whitianga on Christmas Eve when they were hit by a car on State Highway 1 in Motutere, south of Taupo, just after 7pm. The driver of the other car, Shaquille Dempsey, 24, of Turangi died at the scene. Video / Daniel Woolley

The 39-year-old from Dunedin died in a crash on State Highway 1at Waihola, Otago at 9.15am.

A friend said Cleghorn had lived a rough life and had been arrested multiple times, but was working to escape the culture of crime he had been involved in.

"He was sick of the same old pattern ... he got sick of that way of life," said Tim Karetai.

Karetai, a friend of Cleghorn for 20 years, said the 39-year-old was making changes to turn his life around.

Cleghorn was scheduled to start a new job on January 5 as a meat worker near Balclutha.

Karetai said Cleghorn was "a great friend who was always there and willing to listen".

"There wasn't anything he wouldn't do ... even if he had to take his own cloth off his own back, he'd do that."

Cleghorn is survived by his 19-year-old son. 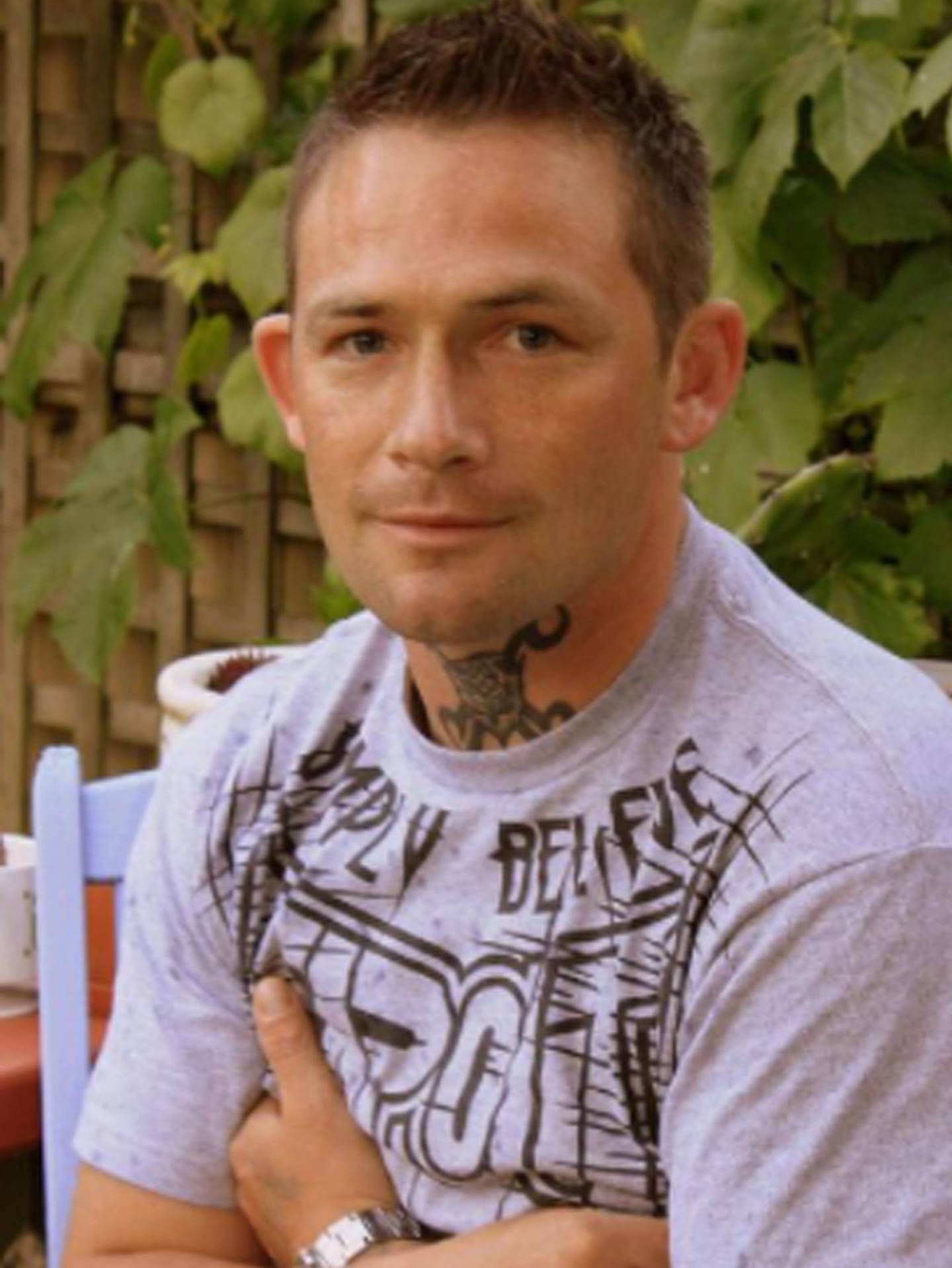 The 28-year-old Auckland woman died after she was struck by a vehicle on Rosamund Ave in New Windsor, about 10.30pm.

"What was meant to be a happy, family-filled day ended in our worst nightmare," they said.

"Charlotte leaves behind six beautiful children who didn't deserve to lose their mum.

"She was loved by many and even though she was only 28, her network reached far and wide, with many friends and people who knew her.

"She was outgoing, funny, kind and protective of those she loved.

"She has left a hole in our hearts and lives that we don't know how we will fill."

A Givealittle page has been set up to support her children and more than $49,000 has been donated so far.

The police investigation into Tyrrell's death is ongoing. 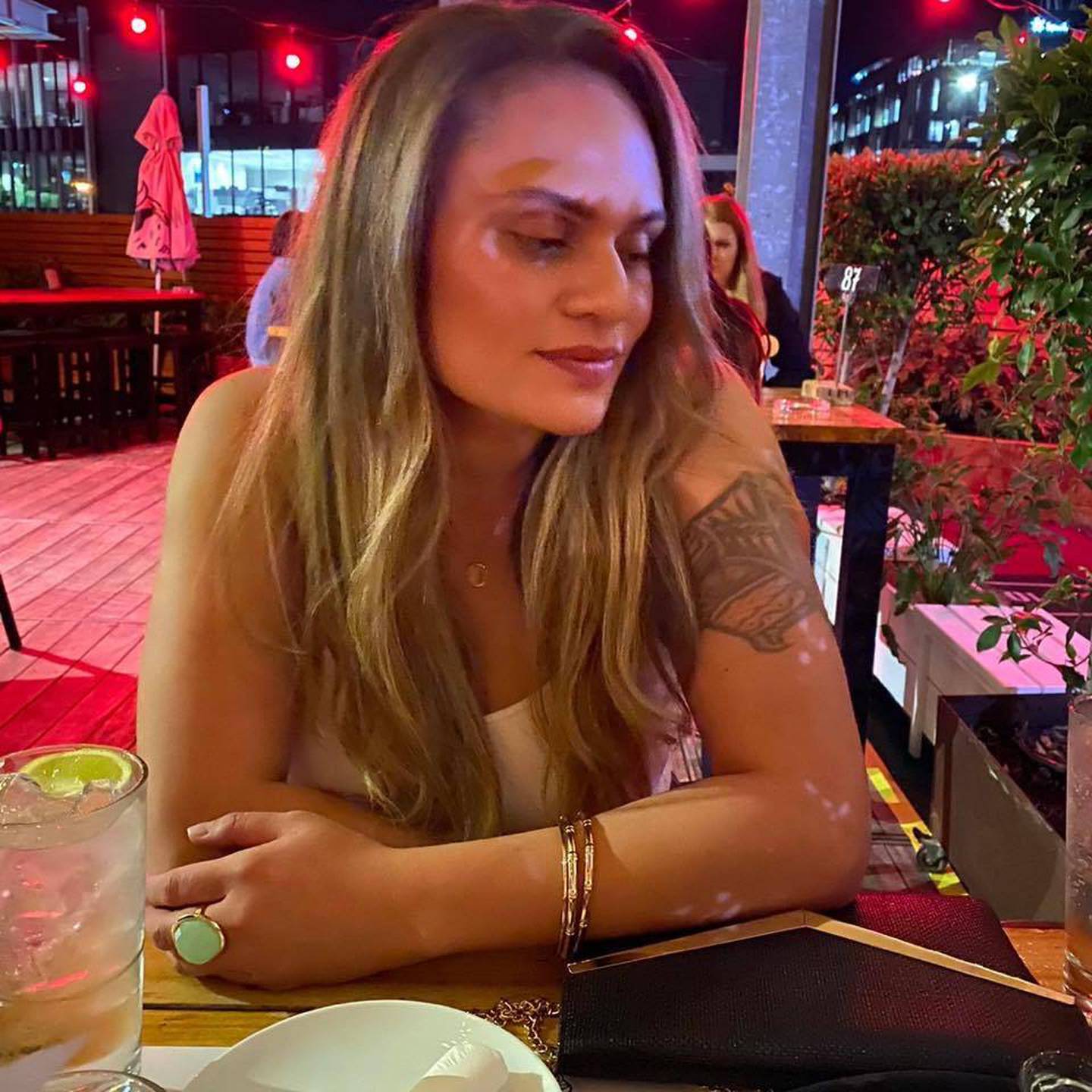 A motorcyclist died in a crash at Gordonton, Waikato at 9.20am.

The name of the victim is yet to be released.

The 62-year-old truck driver from Rangiora was killed when his truck and trailer rolled on State Highway 7 at Lewis Pass.

The crash was reported to authorities about 3.30am.

Osborne was a "dearly loved and treasured" husband to Merion who he had four children with.

He was also a "precious" grandfather to three.

"With heavy hearts our family says goodbye to John," his wife posted on Facebook.

"He was a much loved husband, father, grandpa, son and brother... He will be greatly missed. 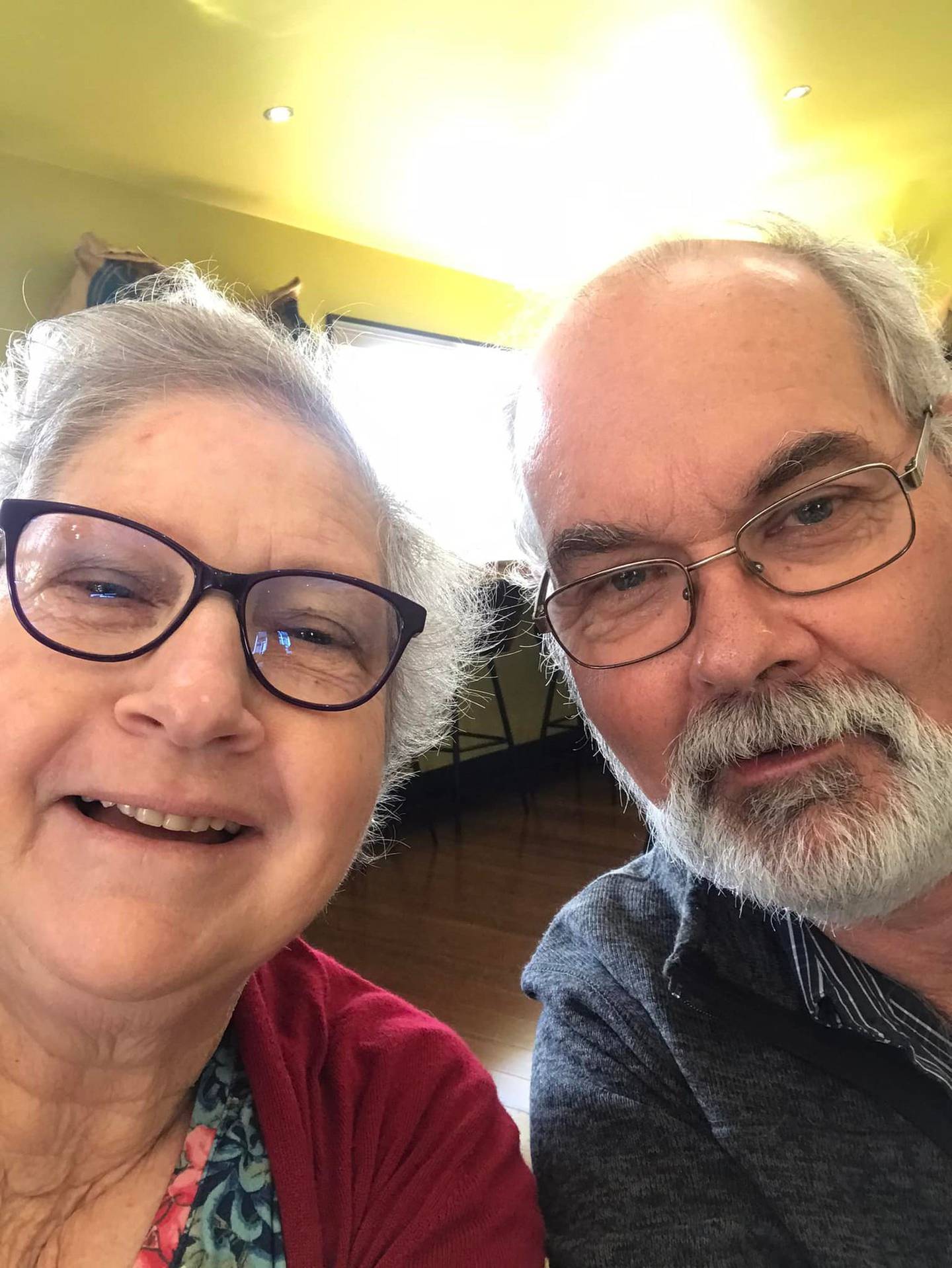 Ashatarn was just 13 and died in hospital a week after she was involved in a December 27 crash at Matamata.

Four other young people aged between 10 and 13 were also injured in the crash.

They were in a car that had been earlier stolen in Hamilton.

Ashatarn's family have posted a number of photos and tributes online for their "beautiful girl".

The 30-year-old from Matawaia died when his motorcycle was involved in a crash on Great South Rd in Huntly at 2pm.

Tairua was described by a friend as "a bloody good man" and other loved ones said they were "absolutely shattered" by his death.

"It's like my hearts been ripped outta me," said one relative.

"Life's gonna be different... knowing we won't be seeing you anymore Patuki.

"I'll cherish our memories and my son will always know who you are and the person you were." A memorial was held for Patuki Tairua in Australia. Photo / Facebook

The Northern Advocate reported Eden was driving several mates when the crash happened at 12.20pm on State Highway 1 north of Kaitaia.

Eden was one of 13 siblings and was described by friends as a "cool, kind-hearted" teen with a "confident bubbly personality".

A family spokeswoman posted a tribute to the teenager and said the aroha and support "pouring through" was "appreciated muchly".

"Eden our boy. Our hearts are shattered," she wrote.

"You left a mamae that will forever be with us.

"You also left a mark on everyone you met, with your humour and cheekiness and a laugh so contagious, a personality so big.

"You were always making people smile and laugh. You are so loved."

Another relative said there were "lots of broken hearts" over Eden's death.

"You will be missed so much my brother... we wish you were still here with us, you were taken from us far too early," he said.

"You will always be in our hearts brother ... I'm hurting so much right now and so will a lot of the family."

Emergency services at the scene of the fatal crash at Pukenui. Photo / Myjanne Jensen

A motorcyclist died in a crash near Rangipō, in the Taupō district shortly before 7pm.

The name of the victim is yet to be released.

The 17-year-old from Auckland was lying in the sand at a property on Omaha Dr when he was hit and killed by a car in the early hours of January 1.

The driver of the car involved was also a teenager and a good friend of Joshua.

When first responders arrived at the scene, his mates were desperately trying to jack the vehicle up off the teenager.

He could not be saved.

In a funeral notice his parents Shane and Cisca and brother Jack said he was "taken away from us far too soon".

"We will miss seeing that smile of yours and our hearts are broken," they said.

"He was the most amazing, loving son... big bro... adored grandson... loved nephew...and an incredible friend to so many.

"He was the kindest of souls and loved by everyone. He touched many lives.

"Josh, you will forever be with us, remembered always and never forgotten."

"He was a promising rugby player and a member of the 5A Grammar team. He played social basketball and senior Saturday morning cricket with his good mates and as a talented tennis player he represented the school in a number of Premier tennis fixtures," he said. 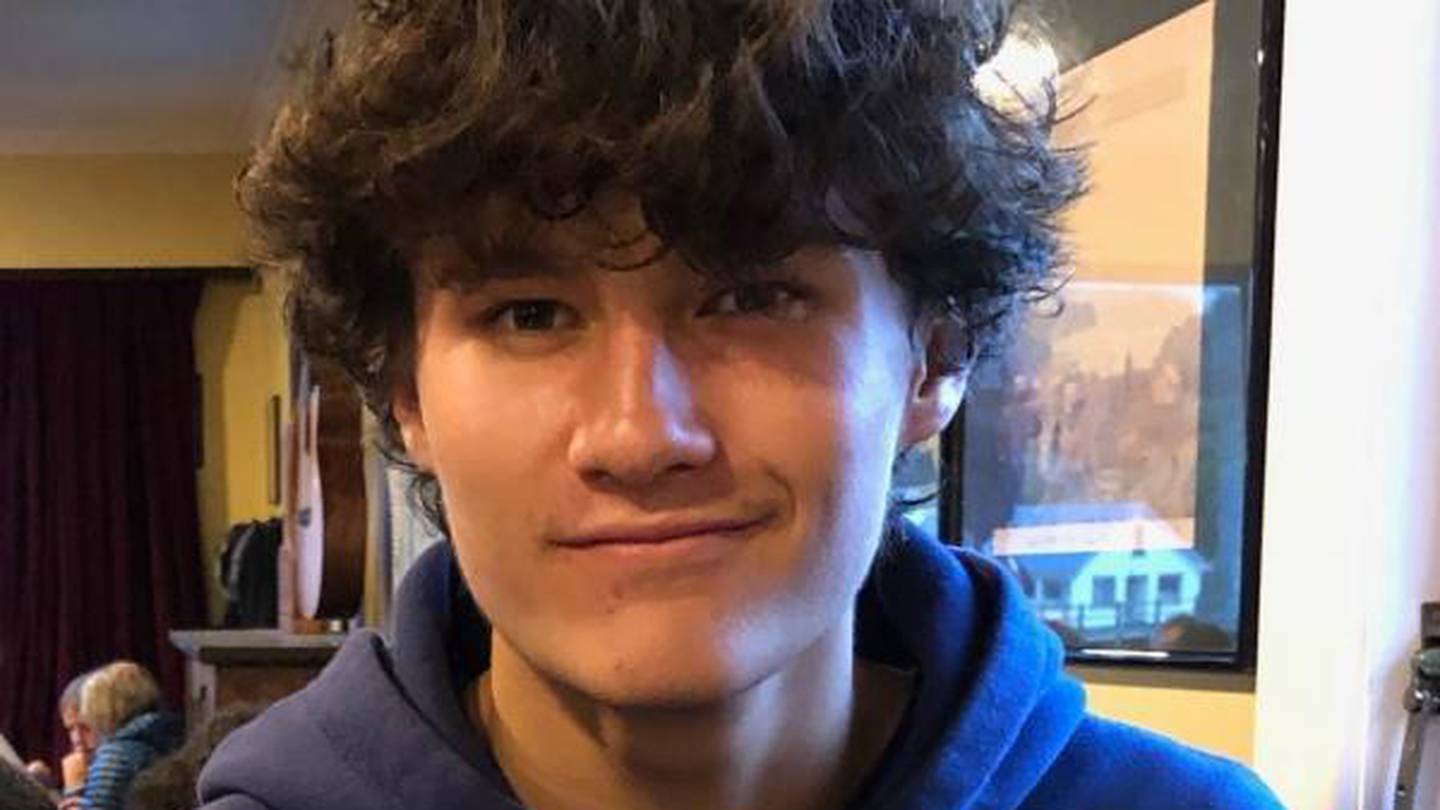 A man was thrown out of his utility vehicle and died at the scene of a crash on St Aubyn St in New Plymouth just before 5am.

Residents were woken when his late-model utility crashed near the pedestrian crossing near the intersection with Calvert Rd.

The man's name is yet to be released.

The 57-year-old motorcyclist died in a crash on State Highway 12 in Kaihū, Northland, about 12.20am.

His family said they were "dumbfounded" over his death.

King was affiliated with the Destiny Church and leader Brian Tamaki posted a message of condolence online.

He said King was "a loyal, loving son" of the church.

"He was loyal to the bone - there for whatever I needed," he said. A person died in a single-car crash on Arapuni Rd in the Waipā District in Waikato.

A person was killed in a crash in Gisborne about 4.40pm.

A pedestrian was struck and killed by a vehicle on Waihī Rd in Judea, Tauranga, about 9.40pm.

The patched Mongrel Mob gang member died in a crash on State Highway 65 near Maruia in Nelson Lakes National Park at about 8.30am.

His family have posted tributes online and have set up a Givealittle fundraising page to help them cover funeral costs.

Reuben will be farewelled on Monday at his home.

One of Reuben's children posted on Facebook that he was her "absolute everything".

"No words could explain the way I feel at the moment," she wrote.

"Been crying so much but I know you wouldn't want me to be upset - I'm doing my everything to get my brothers and sisters through this, just like you would want me to.

"I wish I could give my life for you to still have yours.

"I love you so much and I know you know how much you mean to me... forever thinking of you."

Another family member said Reuben would be "sadly missed by so many who knew him".

"He is a fantastic man with a heart of gold," they wrote.

"I am so glad that he was a part of my life.

"RIP Martin sure as hell gonna miss you cuz."

Reuben was known to police and had a number of convictions including aggravated burglary.

He spent several stints in prison. 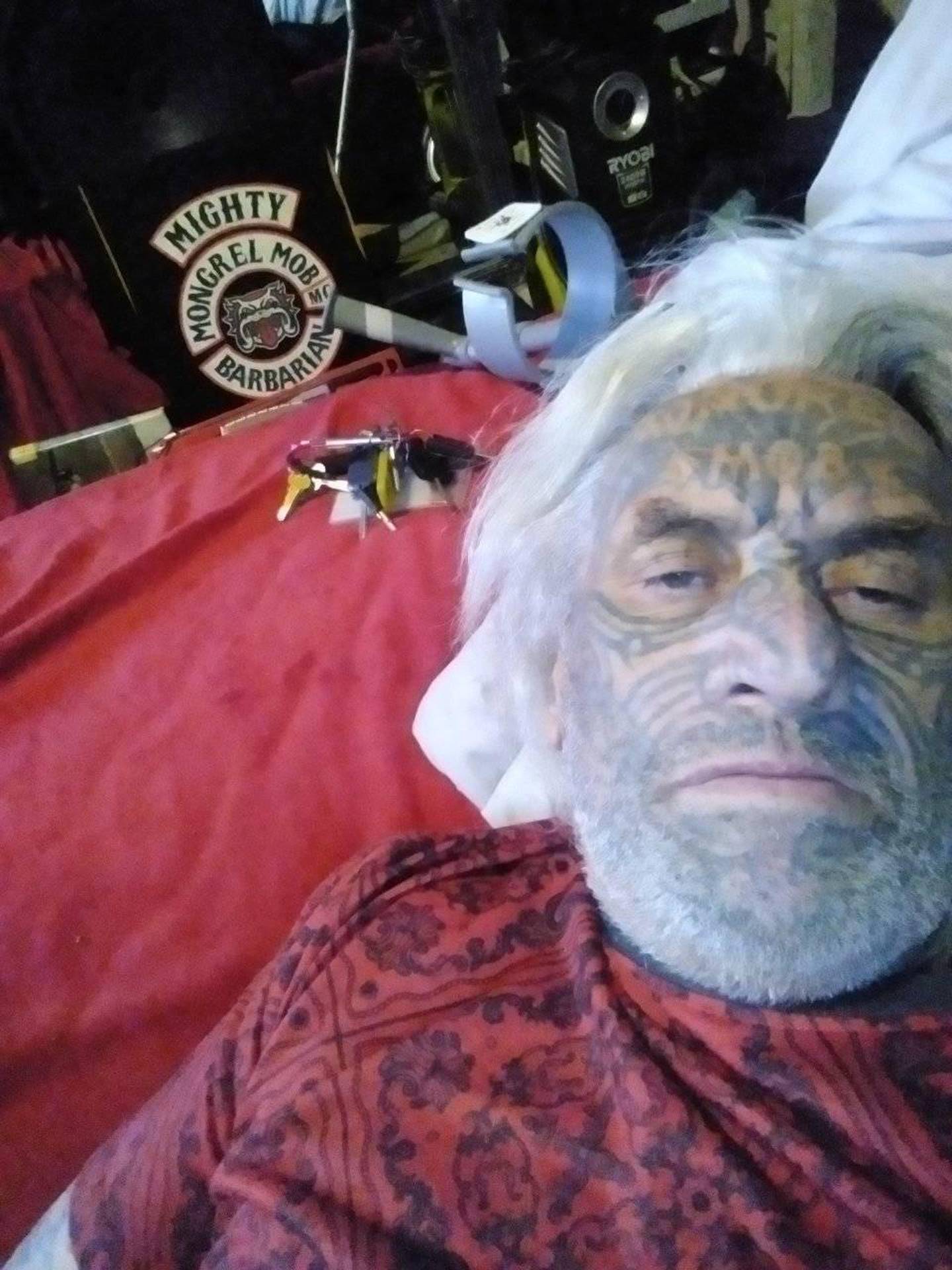 A person died after a car downed powerlines and caught fire in Waikato at Dawson Rd in Taupiri following the single-car crash at 4pm.