A man accused of being an Islamic State sympathiser will be monitored by authorities after being found guilty of possessing propaganda-style material for the terrorist organisation.

And police remain concerned about the 32-year-old, who has twice bought large hunting knives, and is considered to have "the means and motivation to commit violence in the community".

Known only as S due to an interim suppression order, the man was sentenced to one year of supervision in the High Court at Auckland by Justice Sally Fitzgerald today.

The report also added S "had the means and motivation to commit violence in the community".

His risk of reoffending was also considered high.

A jury was asked in May to consider three charges against S of possessing an objectionable publication relating to Isis.

S was found guilty of possessing the two nasheed publications, one of which was titled "What a victory for he who got Shahada" and featured an image of a black-clad fighter with a machine gun, Isis flag, and lyrics advocating for Jihad and decapitation.

"We will drink from the blood of disbelievers," the lyrics said.

But S was found not guilty of possessing the longer video, showing a prisoner being decapitated and another running with an explosive device strapped to him before exploding.

He was also charged with failing to comply with a police search, for which the jury found him guilty, but was acquitted of possession of an offensive weapon - a hunting knife. 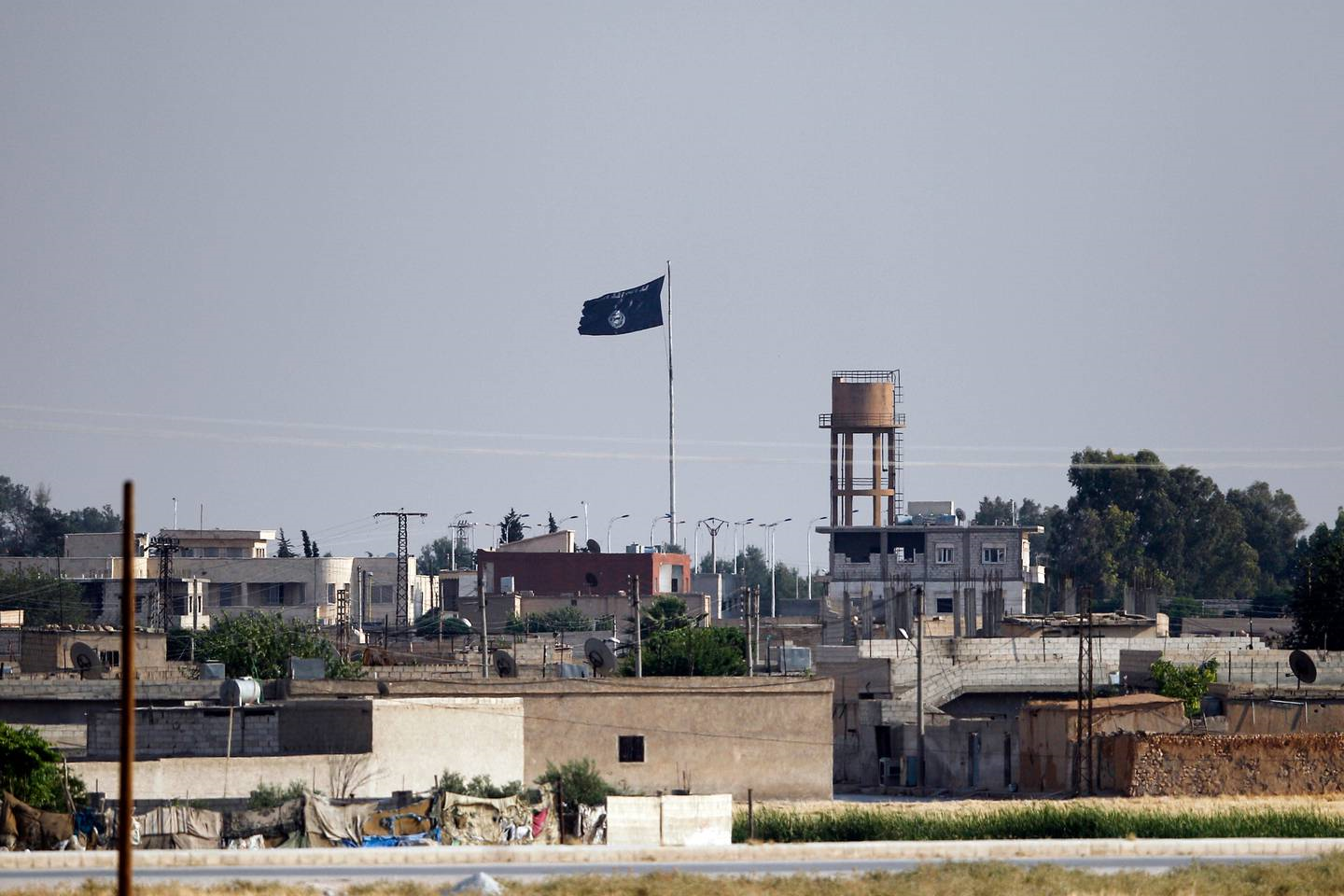 S was believed by police to be wanting to travel to Syria and fight for Isis, his lawyer Kieran Raftery QC said. (Photo / Getty Images)

Crown prosecutor Henry Steele said S had been in custody for a lengthy period of time but authorities still held the same concerns about him.

"GPS monitoring will not prevent Mr S from accessing the types of material which have resulted in the charges for which he has been found guilty," Steele said.

S's lawyer Kieran Raftery QC said his client always felt he was entitled to listen to nasheeds, which had english subtitles.

Raftery added S felt a strong sense of injustice to be convicted of two nasheeds when many more people had viewed the 2019 Christchurch mosque shooting video online without consequence.

In his own words when giving evidence at trial, S claimed he was only interested in the centuries-old Islamic State established by the prophet Muhammad and learning about his religion.

The publications have since been declared objectionable by the Chief Censor for promoting acts of extreme violence, cruelty and terrorism. It was only the second time the Office of Film and Literature Classification was asked to look at Isis-related material.

Isis, also known by its Arabic name Daesh, is a designated terrorist organisation which at its peak in 2015 held large areas of Iraq and Syria in its quest to establish an Islamic state under Sharia law.

S first came to the attention of police in 2016 because of videos and pictures depicting graphic war-related violence, comments advocating for violent extremism and support for Isis terrorists being posted to his Facebook page.

Police gave him a formal warning but he continued his social media activity and posted further videos depicting extreme violence.

In 2017 he was arrested at Auckland International Airport as he prepared to leave on a flight to Malaysia and travel on to Singapore. He later said he was going for a holiday.

Today, Raftery said police undoubtedly believed S was on his way to Syria to fight for Isis.

A search was also carried out at his apartment in May 2017 and a large hunting knife was found under his bed, which S later told his jury was for his own protection.

Remanded in custody and denied bail, S pleaded guilty in June 2018 to representative charges of knowingly distributing restricted publications and other unrelated offences over credit card use. Police withdrew a charge relating to the knife.

In September 2018, Justice Edwin Wylie imposed a sentence of supervision. 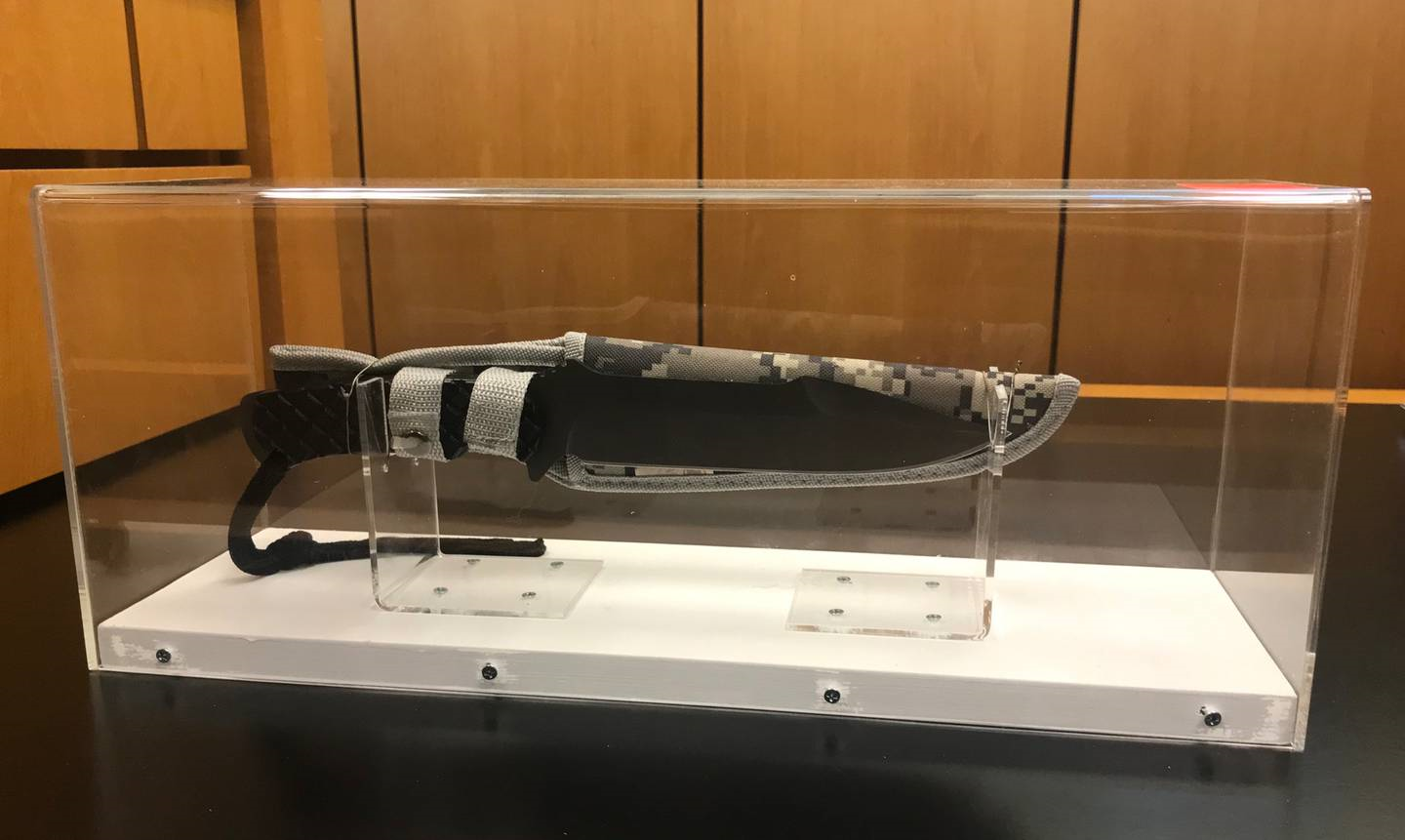 But while awaiting sentencing he was granted electronically monitored bail and again came to the attention of police when he went to an East Tamaki shop and bought an identical hunting knife.

Meanwhile, his internet searches while on bail, some of which had been electronically bookmarked, were described by Steel as a "window into his mind".

S also made efforts to research the case of Imran Patel, an Isis supporter and the first person in New Zealand jailed for distributing extremist videos. Patel was stopped trying to leave New Zealand for Syria with a companion.

The internet history on S's devices further revealed a booklet for Isis operatives to help them avoid detection by Western countries' security and intelligence agencies.

An internet video also purported to provide instructions on "How to attack kuffar and how to make explosive devices". Kuffar, or kafir, is an Arabic term used to describe an infidel or non-believer.