An amateur boxer who moved from New Zealand to Australia when he was a minor is set to be deported after two street fights that left people hospitalised, followed by an incident during Queensland's first Covid-19 lockdown in which he coughed on police and falsely claimed to have the virus.

Brisbane resident Joseph Van Maanen, 27, had been given warnings from a judge and the Australian Border Force that he could end up a 501 deportee if he didn't change his behaviour.

But he continued to break the law with a series of relatively minor but continuous infractions, the Administrative Appeals Tribunal of Australia noted in a decision this month upholding the deportation order.

Van Maanen "committed 'serious assault police officer' by coughing and spitting near a police officer (who was performing police duties) while claiming to have an infectious disease," appeals tribunal senior member Rebecca Bellamy noted in her judgment. "That is serious offending despite the applicant not having realised, at the time, the gravity or consequences of his actions.

"...I am concerned that the applicant's expressions of remorse and apparent resolve to live a law-abiding life may not stop him from further violent offending, based on past behaviour."

Van Maanen - who moved to Australia with his parents and siblings in 2011, when he was 16 - declined to speak with the Herald about his predicament, noting only he hoped to file another appeal in Australia's federal court. He's been in immigration detention since October.

"He wants to be a contributing member of society and remain here in Australia where his entire family resides," Bellamy wrote. "If he gets his visa back, he guarantees that he will make the most of the opportunities here in Australia, return to his previous employment, help his family financially and move forward in life."

During a hearing in May via audio-visual feed, Van Maanen said there were extenuating circumstances regarding both fights and officials seemed to agree - noting in the newly released report that "one victim was dragging him on the ground and the other victim had violently attacked him two days earlier and was threatening to do that again". 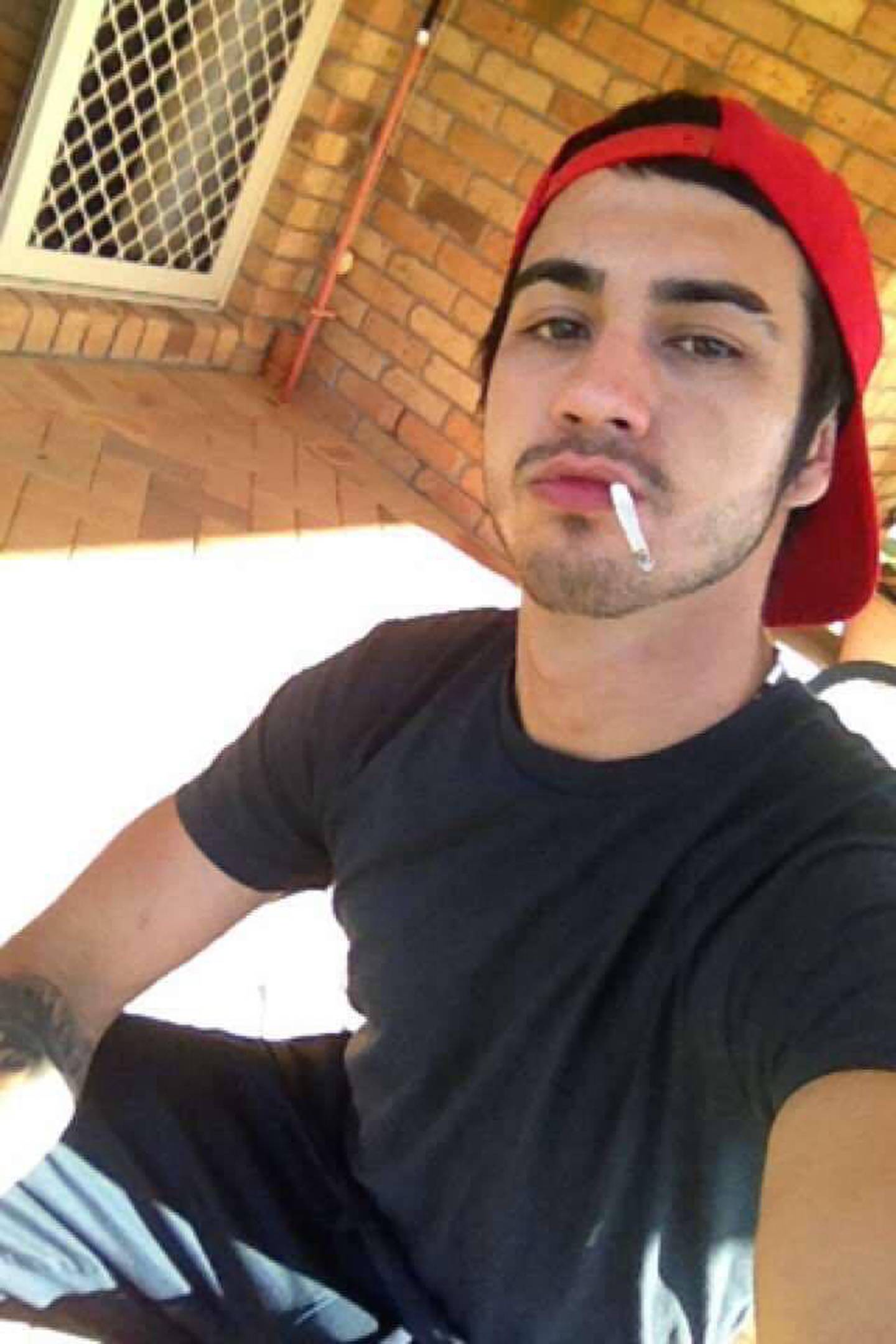 Brisbane resident Joseph Van Maanen, 27, is set to be deported from Australia.

The first assault happened two years after moving to Australia, when he was 18 and at a work party. Angry about a text message his girlfriend had received from another man, Van Maanen was sitting on the kerb talking to her about it when he said an acquaintance drunkenly tried to pull him up by the hand and dragged him as he tripped.

Van Maanen then punched the acquaintance multiple times, resulting in stitches to his face. In 2014, he was given probation and the conviction wasn't recorded at the request of police, who noted Van Maanen was "extremely apologetic".

However, another judge noted in 2021, that incident showed he was "somewhat readily inclined to use your fists in circumstances where it is not easy to understand why that would have been so".

A boxing enthusiast who had dreamed of someday going pro, Van Maanen was also banned by his gym after the first incident because he had used his skills outside the ring.

In January 2020, he again found himself on police officers' radar after he was attacked by his then-girlfriend's father and her brother. The father had attacked him in a rage after Van Maanen confronted him about drug use in the home, documents state. Despite Van Maanen's attempts to defuse the situation, he was then kicked in the face by his girlfriend's brother and fled to the toilet of a nearby fast-food restaurant, asking employees to call police. 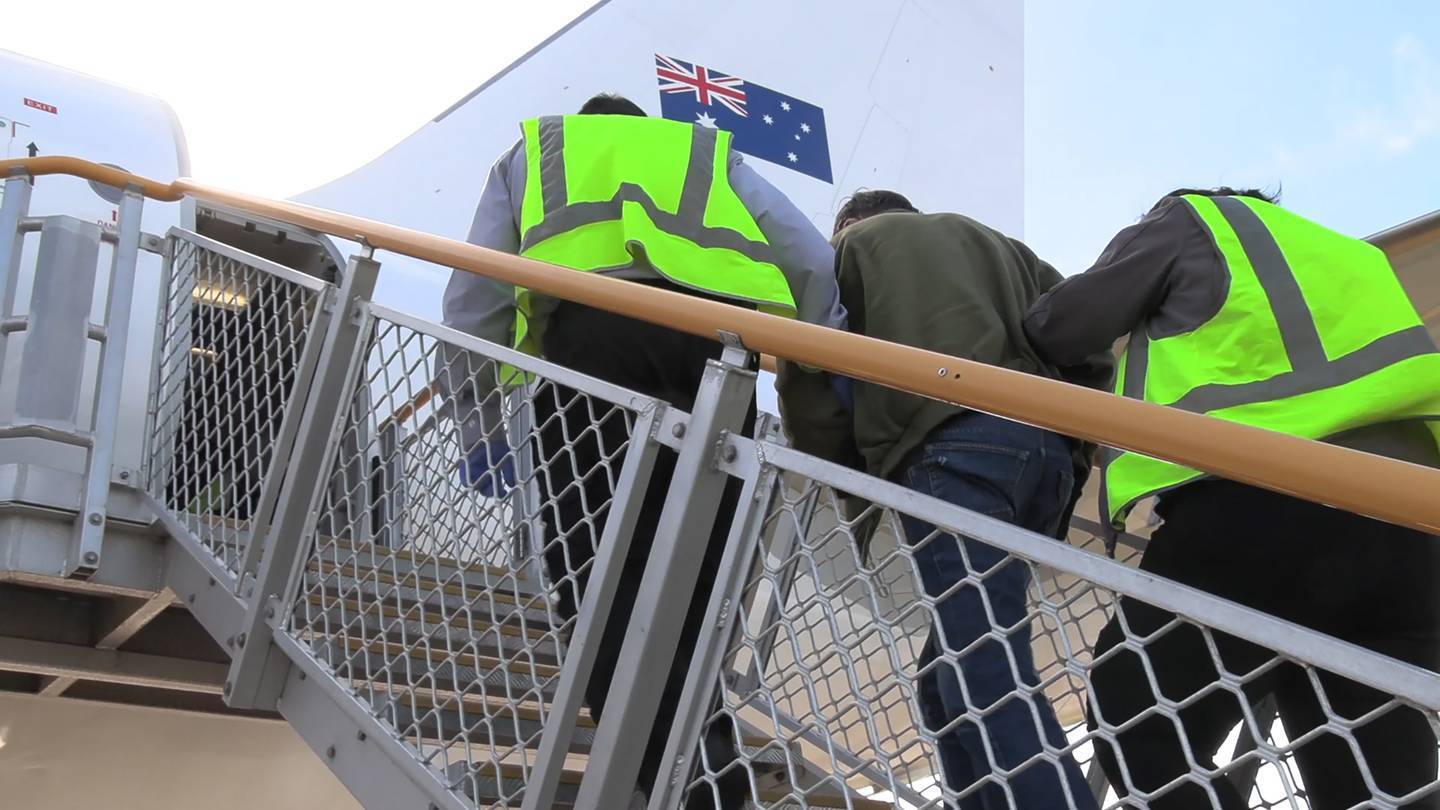 A New Zealand "501" being put on a repatriation flight at Sydney airport. Photo / Australian Border Force

Officers found him with a chipped tooth and a black eye, but he declined to file charges. Two days later, the girlfriend's brother saw him on the street and cornered him, documents state.

"You don't want to do this, mate," Van Maanen warned, squaring off into a boxing position as the larger man continued to aggressively approach.

What resulted was a flurry of punches that resulted in the man receiving a broken jaw - and a charge against Van Maanen for assault occasioning grievous bodily harm. The judge who sentenced him referred to it as both a "fairly serious offence" and self-defence to an unprovoked attack that morphed into an overreaction.

"To your credit, you retreat," the judge noted. "Unfortunately, when he continued to come towards you in a threatening way, you punched him, initially, in self-defence, but then continued to deliver a number of blows causing significant fractures...

"It is accepted that you initially struck the complainant out of fear of an imminent assault. I note that he was a larger man than you and, after you struck him the first time, he made a comment to you, 'Is that all you have got, f***wit?'

"You then struck him three or four further blows. He was rendered semiconscious and knocked back against the fence ... He required subsequently surgery, with the insertion of four plates into his jaw."

Van Maanen conceded to the appeal tribunal that he went too far but said he felt he had no other choice, pointing out that the other man continued to pursue him "like a terminator" even after suffering the broken jaw. He ran away as fast as he could at the first opportunity, he said.

"I accept that ... some might think [the man who attacked Van Maanen] got what he deserved," appeal tribunal member Bellamy noted in her report. "However, after the first punch that pretty much immobilised [the initial attacker], there was no legal justification for continuing to throw punches."

But it was the multiple bail and parole violations that followed that seemed to catch the attention of officials deciding whether he should be allowed to stay.

For the two months following the attack, Van Maanen was reported to have breached bail multiple times by not signing in at the police station three times per week. Police went looking for him in April 2020 after he also failed to appear at court and found him hiding in a bedroom cupboard.

"As they transported him in a police vehicle, he coughed, spat out phlegm and said he had Covid," the appellate tribunal decision noted. "He was uncooperative and aggressive towards the police. The Applicant and the officers were taken to hospital for testing. The Applicant told the hospital staff that he told the officers he was Covid positive to avoid being taken to the watchhouse."

Van Maanen told the tribunal that he did not realise the seriousness of the pandemic at the time.

Released again, he continued to breach bail by not signing in at the police station. He blamed the breaches on working fulltime and not having reliable transport to get to the police station, along with insomnia, the recent death of his great-grandmother in New Zealand and anxiety over the pending charges.

Bail was revoked again in June 2020 and he remained in jail until his sentencing two months later, when he pleaded guilty to serious assault on a police officer and 14 breaches of bail and was released due to time served.

That same month, he attended an Australian Border Force information session "in which he was made aware of the consequences of further criminal offending on his visa status".

In January last year, he was given another warning - this time from a judge - as he was sentenced to 18 months imprisonment with immediate parole for the fight in which he claimed self defence. The judge also mentioned the Covid hoax, noting that police "had to go through all sorts of tests and repercussions as a result of that".

"I have sent people, who have spat or coughed like that on police officers and ambulance officers to jail just for doing that," the judge said. "It is time that you grew up, got on with your life and stopped punching and coughing and disobeying court orders. Do you understand these things?"

The judge then noted that if Van Maanen's parole was revoked and he had to serve the 18-month sentence, no matter how minor the parole breach, the law would call for him to then be deported.

But parole violations did follow, including testing positive for cannabis use, failing to make an appointment with a psychologist and a drunken interaction with a woman who was made to feel uncomfortable. The woman approached nearby police officers shortly after it happened, saying Van Maanen called her a "slut" and touched her thigh after she told him she wasn't interested and asked him to leaver her alone. The amateur boxer moved from New Zealand to Australia when he was a minor.

Van Maanen later told the tribunal he had tapped the woman on the leg to get her attention and they got into an argument after she rejected him and he responded: "Whatever, you're not all that." It's out of character for him to disrespect women and he didn't realise he was breaking the law, he said.

Nevertheless, he was charged with common assault and police issued a notice banning him from the area. He racked up another charge a few weeks later when he was caught entering a hotel in the off-limits area. He was convicted in July and was released to immigration detention in October.

There, too, he racked up an infraction, allegedly swiping food containers from a benchtop during an aggressive exchange with jailers and threatening: "I'll f*** you up when I get out." Van Maanen denied making a threat but said he became angry when he tried to change rooms because of a loudly snoring roommate and was stopped.

He was again given the benefit of the doubt by the appeal tribunal.

"I am satisfied that after several weeks of sleep deprivation due to his roommate snoring, the Applicant got frustrated at what he perceived to be unfair treatment, swore and kicked a sign. This is the only report of poor behaviour in custody. He did not harm or try to harm any person in this incident."

But the tribunal also noted a "lack of interest in rehabilitation in general" and a "low but real risk" that there will be more violent offending in his future.

"The Applicant will face some initial challenges if he is removed to New Zealand as he will have to obtain employment or income support, obtain accommodation and establish a social network," Bellamy wrote. "However, these are short-term difficulties, and he will be able to rely on his family in Australia for emotional support.

"I am satisfied that he would be able to establish himself and maintain basic living standards in the context of what is available to other citizens of New Zealand."