Police have this afternoon verbally trespassed a group of protestors at the southern Auckland checkpoint, who are currently occupying land owned by Waka Kotahi.

The main road out of Auckland is temporarily closed with traffic being diverted along SH2. 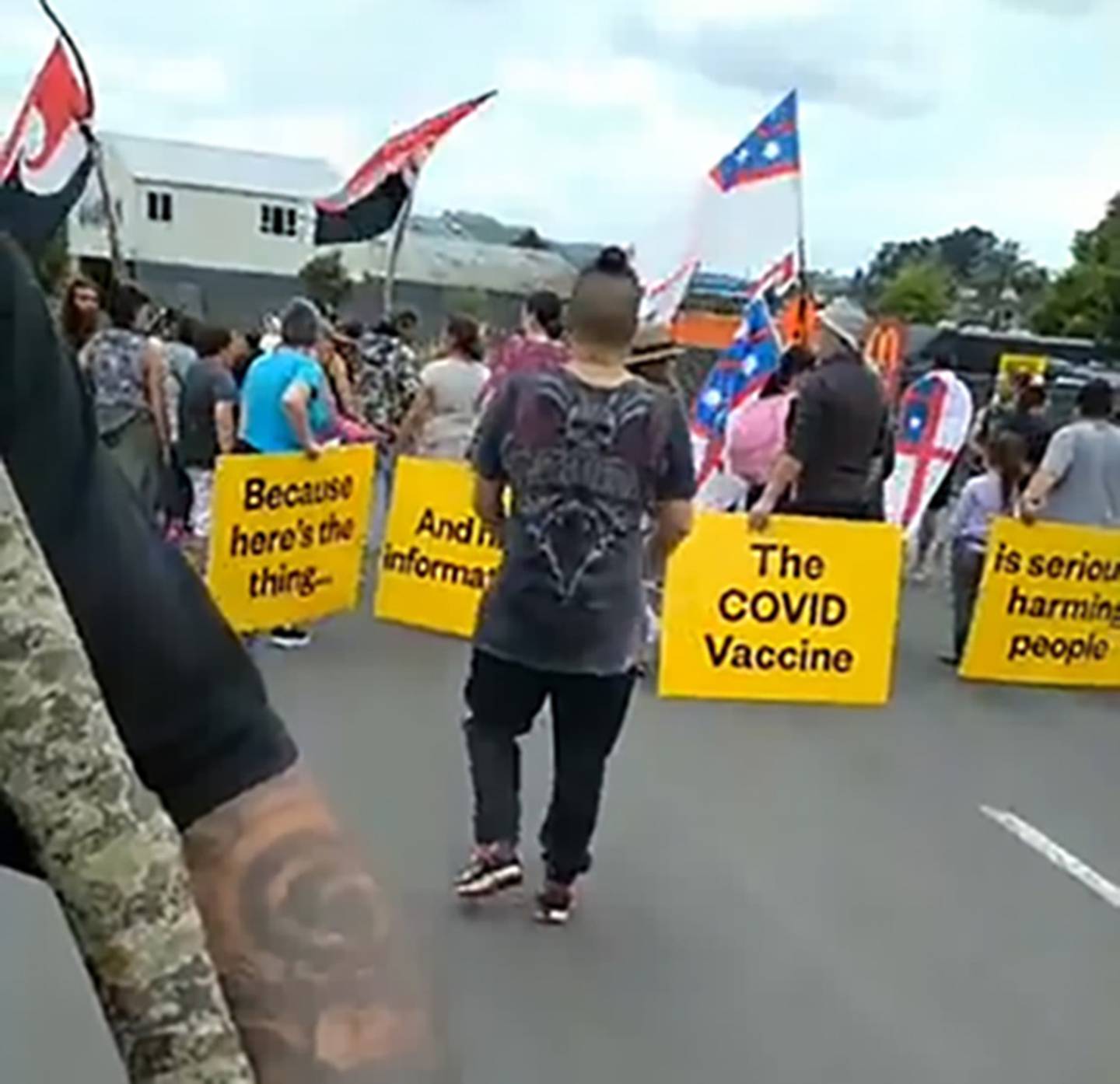 Police say they are engaging with the protestors and encouraging them to leave the site. Those who refuse to leave the area this afternoon will likely be arrested for trespass.

Earlier this afternoon two people were arrested after they were caught attempting to cross the border at Mercer on foot on train tracks.

Two men will be summonsed to appear in court in relation to breaching the Health Order.

Police say this is an unfolding situation and a further update will only be available later today once the situation is resolved.

Vehicles heading out of the region are parked up for kilometres as a result of the protest action. 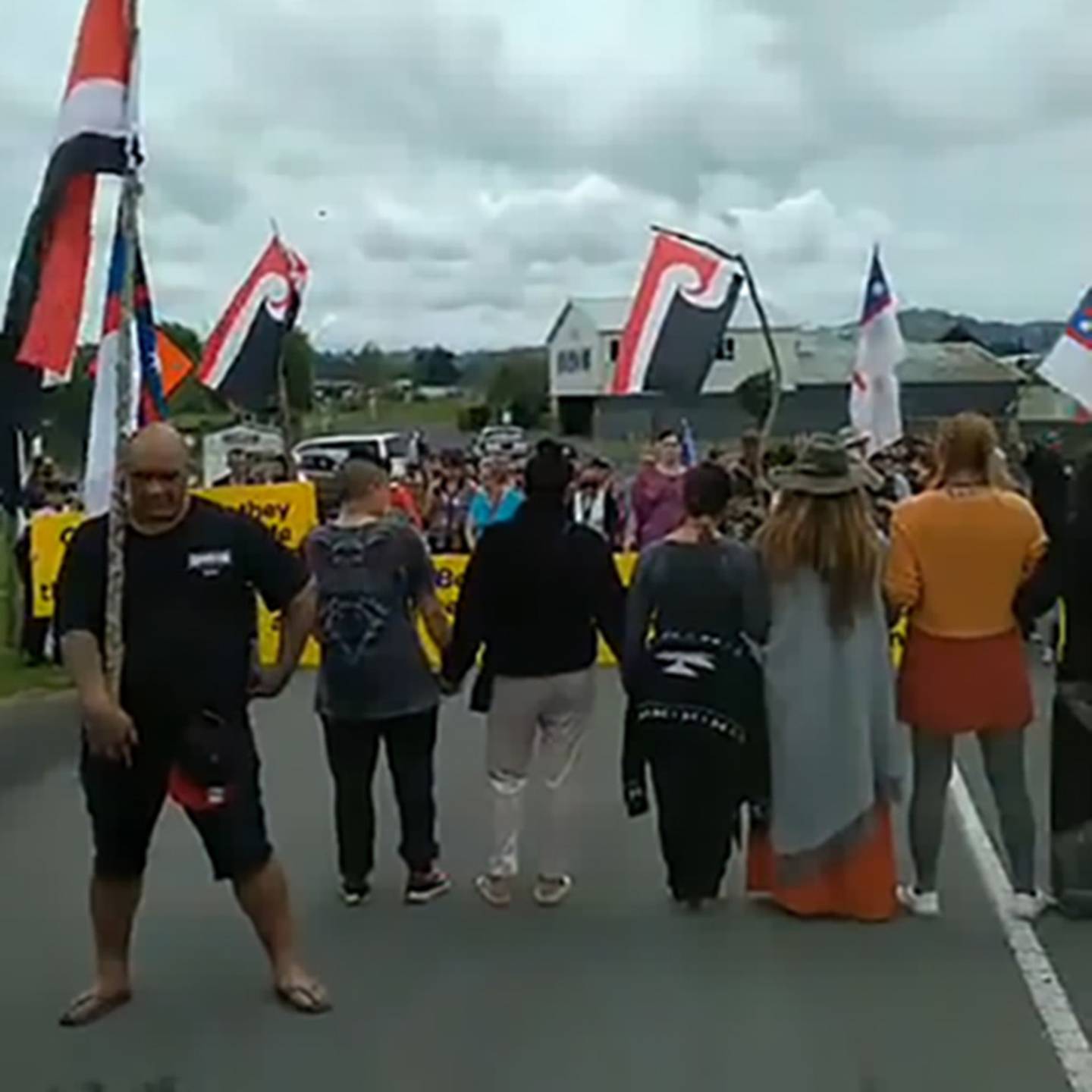 The two day old standoff at Mercer is continuing with up to 100 people spending last night in a paddock off State Highway 1.

Police had remained guard for the past 40 hours, forming lines to prevent any passage of the protestors onto the busy highway.

Thwarted by police to cross the higher alert level boundary late Tuesday night, the group has continued to unsuccessfully negotiate passage through Auckland to reach Waitangi where they were headed.

This morning protestors claimed food had been smuggled to the group by people accessing the nearby main truck line after it was claimed others with supplies had been earlier turned away by police.

The group also claimed trucks carrying portaloos have been turned back, forcing those on site to dig a temporary long drop. 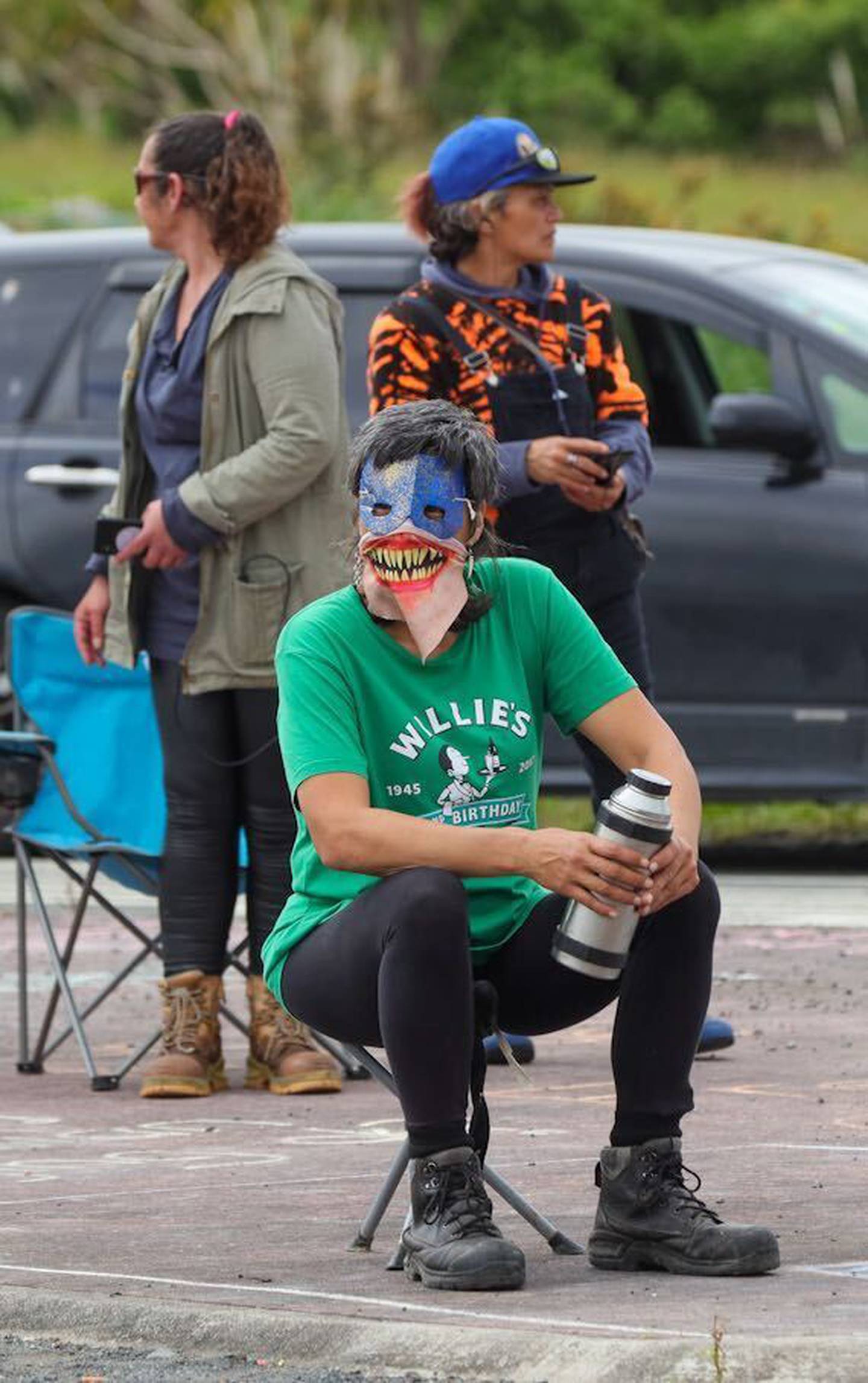 Protestors were forced to spend the night in farmland off State Highway 1 at Mercer after police erected a blockade to stop them passing through the alert level 3 region. Photo / Mike Scott

Meanwhile a group from Auckland was turned back by police after unsuccessfully trying to reach a bridge that overlooked the Mercer protestors where they intended to do a karakia for them.

Yesterday police described the actions of the protestors as "incredibly disappointing" after a bus and car were parked on the northbound highway lanes with their drivers refusing to budge. 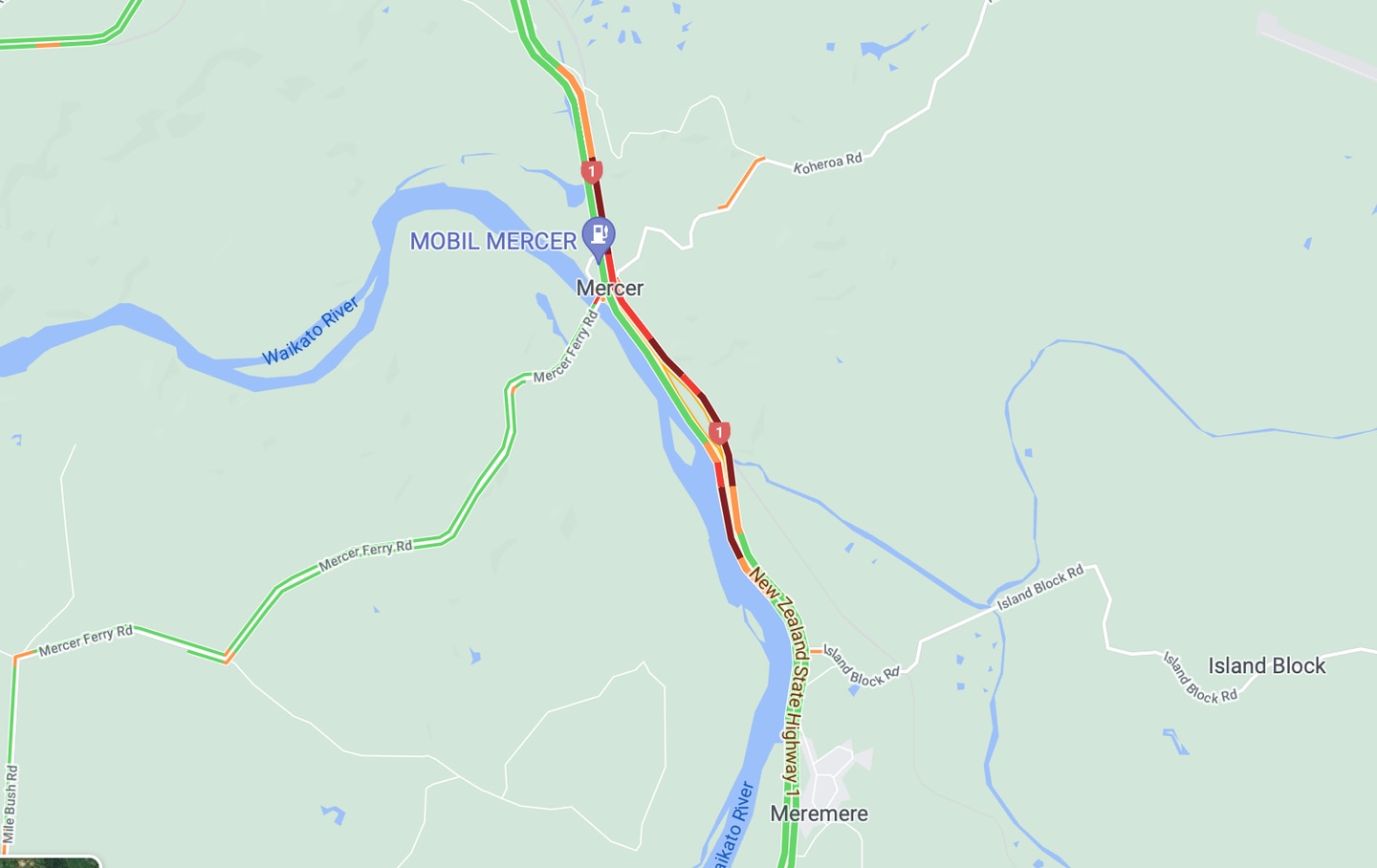 In the early hours a group surged onto the southern lane from Orams Rd, with a police line needed to force them off the road.

Police say the actions of the group were putting their staff and the wider community at risk. 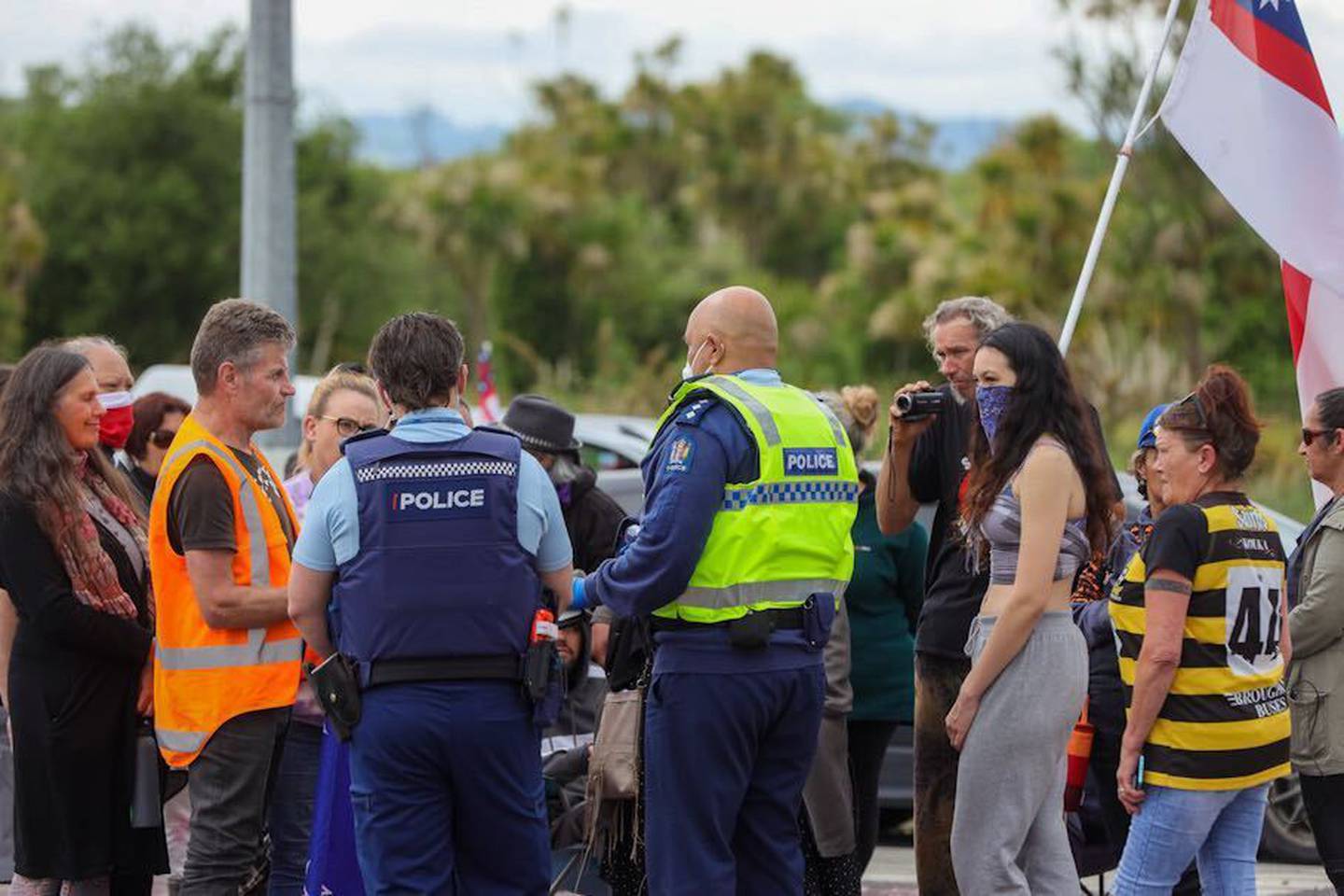 They said it had also mean additional officers had needed to be redeployed in order to monitor the movements of the groups at the checkpoints.

They were considering possible enforcement action after occupants of the bus did not have evidence of permitted travel and refused to shift the vehicle for more than half a day.a