Covid vaccination buses could be rolling up to fast food drive-throughs in Auckland over the next few days as the Government continues to make getting a jab as easy as possible.

The Ministry of Health is on the hunt for locations where there are large numbers of people gathering including a number of popular drive-through fast food businesses to take its new mobile vaccination buses to.

McDonald's is yet to hear from the Ministry of Health and Restaurant Brands, whose fast food chains include KFC, Taco Bell and Carl's Junior has not responded to comment despite being contacted by the Herald yesterday.

"Over the next few days, we will identify opportunities to vaccinate people where they are present in numbers in the community – including at the many fast-food businesses offering drive-through options that are being well patronised following the move to alert level 3 in Auckland."

Auckland councillor Josephine Bartley came up with the finger lickin' good idea to vaccinate locals while they are waiting for their KFC earlier this week.

"People are going to be waiting in line for ages anyway, they might as well get a vaccination while they're there," Bartley said at the time. 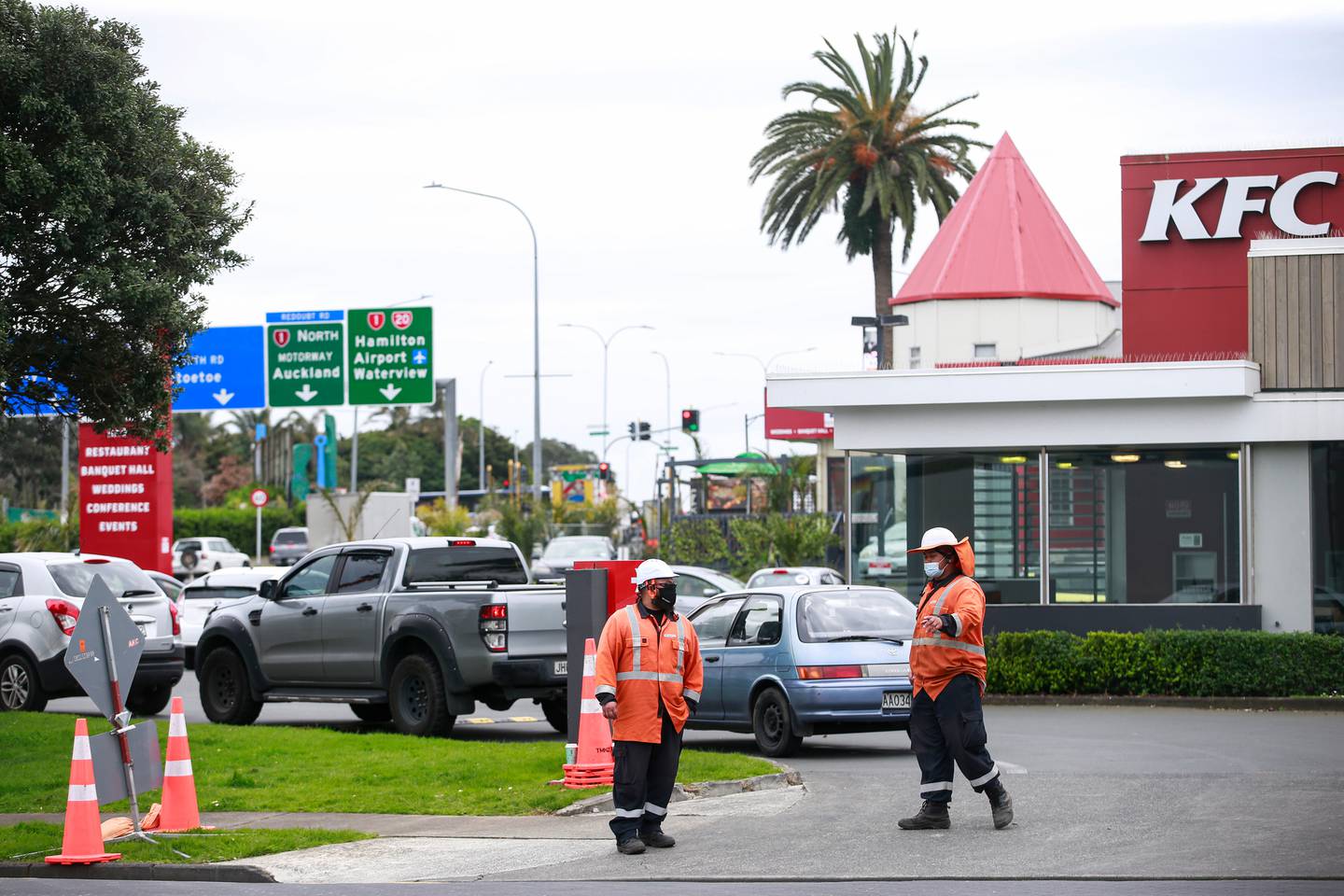 There were queues at KFC's drive-through in Manukau on the first day of level 3 on Wednesday in Auckland. Photo / Alex Burton

She said KFC had a massive customer base in Auckland and especially in areas such as Māngere, Ōtara, Manurewa and Papatoetoe where there was a focus for increasing Covid vaccination rates. They also had large carparks where buses could park.

The Gvernment launched a fleet of six vaccination buses last week as a way of taking the vaccine to the people and get as many people vaccinated as possible with a special focus on Māori and Pacific communities whose vaccination rates are lagging.

Since they launched the buses have been appearing at supermarkets and other places in areas that have the lowest vaccination rates.

A bus can administer an estimated 300 vaccines a day. The bus fleet is expected to grow to 12 over the next few weeks.

Associate Minister of Health Peeni Henare told TVNZ this morning the Government had a mountain to climb when it came to trying to get people in some ethnic and rural communities vaccinated.