Waikato residents who live in the centre of a possible new Covid-19 outbreak have headed en-masse to a pop-up testing site.

About 40 cars were already in the queue at the drive-through station at Wharekawa Marae this morning after news three people had tested positive for Covid yesterday.

The news could put the Waikato at risk of going up an alert level or two as Cabinet meets to decide whether there will be any change this afternoon.

One of the new cases is an Auckland man who was granted bail to his house near Kaiaua.

Two children living at his home have since tested positive and were symptomatic while attending Mangatangi School on the Hauraki Plains on Thursday.

The school has been closed and parents and students were now being tested.

The three cases were being moved to quarantine.

At Wharekawa Marae near Kaiaua this morning, a Herald reporter at the scene said the queue was slowly growing and beginning to snake back along the main road.

Most cars had at least two people in them and included older residents. 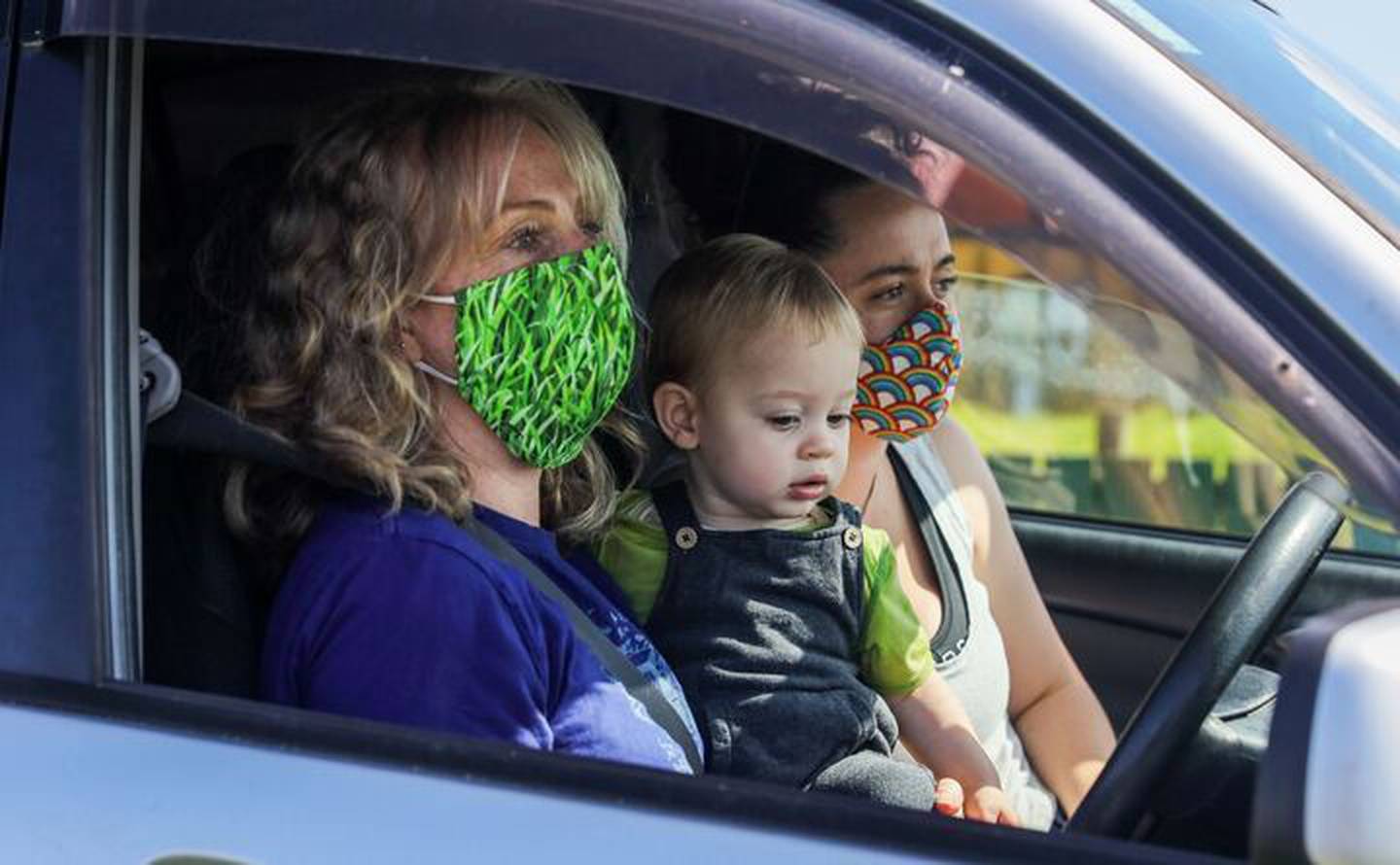 Eddie Manukau, the kaiwhakahaere for Wharekawa Marae, said at least 100 cars had gone through the testing station since it opened at 9am.

Cars had been waiting to be tested since 8am, he said.

The messaging at the moment for locals was that they only needed one member from each house to be tested and people seemed to be following that advice, he said.

The Mangatangi School community had been very nervous about the news.

Manukau said it was a country area and everybody knew everybody.

"Everybody knows who these people are and it's just a matter of ensuring their wellbeing at this time."

The family infected with Covid had been the target of some negative comments, but all they could do was support them.

He said it was heartening to see people taking it seriously.

"Even though we are currently in level 2 we have been encouraging our whanau to isolate and stay in their bubbles."

The risk of infection was high as there were only three main retail shops - the gas station, the dairy and the pub - and all eyes were on whether the infected people had been to any of these locations while contagious. 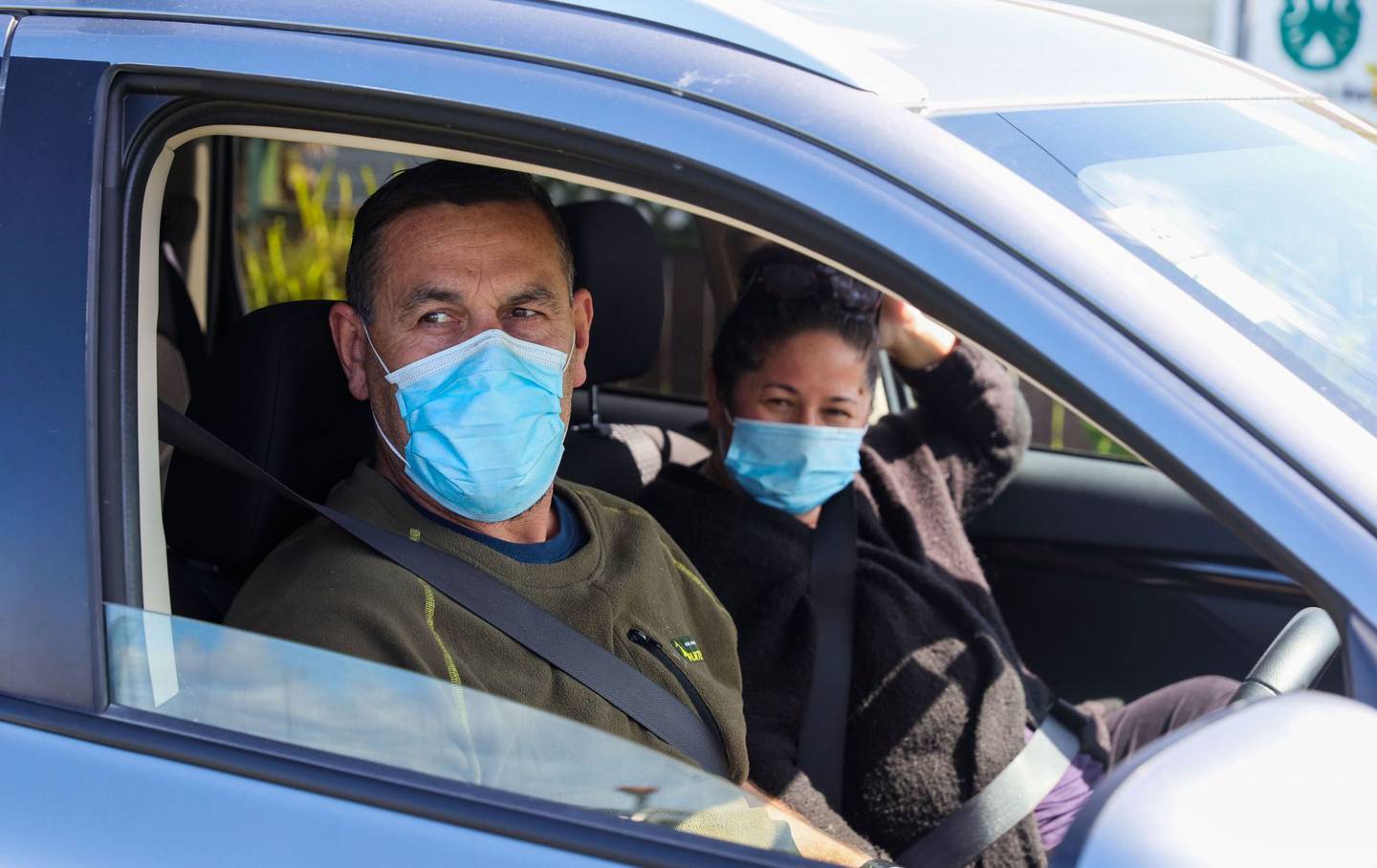 Mangatangi resident Ray Barchard and his partner say they're keeping an eye on the locations of interest. Photo / Mike Scott

Miranda Laurich was in her car for with her daughter and young grandson.

News that Covid could be in the area was "devastating" given it was such a small community.

Her grandson also had a sniffle which was another reason they decided to get tested.

Ray Barchard and his partner, who are both essential workers, had woken with colds this morning so had decided to join the queue and get tested.

When asked how they were feeling about, they replied: "It's just how it is." They had also been keeping an eye on any new locations of interest to see if they had been at any.

Most residents spoken to had also been to The Pink Shop in the past few days.

Te Korowai Hauora o Hauraki chief executive Riana Manuel, whose organisation is running the testing station, said they had already tested quite a few Mangatangi School students and they had handled it "very, very well".

Children from all over the area attended Mangatangi School.

Some of those coming through had been vaccinated and they were encouraging everyone else to be vaccinated at the vaccination centre that would be set up in Kaiaua from tomorrow.

The testing station would be there all week.