The Auckland District Health Board has fully vaccinated 90 per cent of its residents, but the programme lead warns the work is not done yet.

The DHB, which has partially vaccinated 95 per cent of its people, has just now hit the milestone which has been lauded as the point at which New Zealand can significantly relax its public health measures.

It comes as the city enters its 95th day of lockdown in either alert level 3 or 4.

The Selwyn District in Canterbury (90.2 per cent) and Wellington (90 per cent) both marked the achievement today, Ministry of Health data shows.

On December 15, fully vaccinated Aucklanders - or those who test negative for Covid-19 72 hours before travel - will be able to leave the city to spend Christmas with loved ones.

Auckland CBD vaccination centre site lead Angela Lambie said her team was elated by the news the DHB had reached 90 per cent.

"We feel like every single milestone along the way encourages us to keep going," she said.

The CBD site, which was first located by the Crowne Plaza MIQ facility before it was relocated to Graham St, had administered more than 100,000 vaccinations through the help of staff, DHB leaders and iwi providers.

Lambie, who paused her work as a pharmacist to take up the site lead role, said outreach to emergency housing facilities and to groups including women's refuge were ongoing, in an attempt to reach those yet to get vaccinated.

"There's no time like the present, we're here for them and we're ready for them."

Auckland vaccination lead Matt Hannant was ecstatic to see the DHB hit 90 per cent, as it was initially thought it wouldn't be reached until the end of the year.

"We've been watching the numbers every day very closely, and this is just really a fantastic result for ADHB," he said.

"If you think just a few months ago in March, we were establishing our first vaccination centres ... so to be in this position where we've got all those people double vaccinated is awesome."

Hannant credited the achievement to the tireless work of thousands of health staff, along with the strong partnerships forged between the DHB and Māori/Pasifika providers. 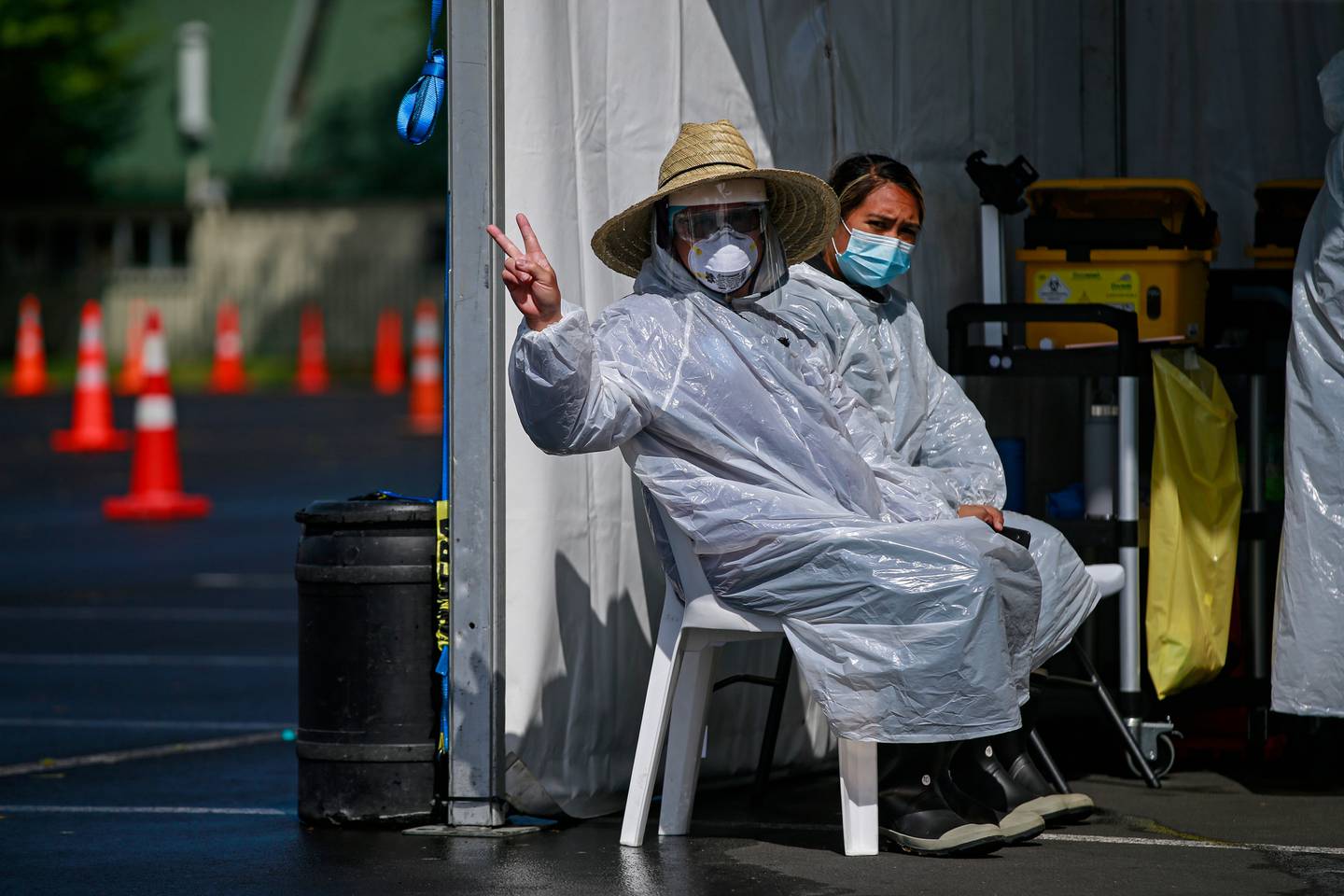 The effort made by thousands of staff at vaccination sites was essential in reaching the milestone. Photo / Alex Burton

Current vaccination rates indicated the two other Auckland DHBs - Counties Manukau and Waitematā - could reach the milestone later this month or early in December.

For Māori in Auckland, there were still 10,000 vaccinations required to reach 90 per cent first dose for that population, and 5500 for Auckland Pasifika.

Citing these numbers, Hannant said health staff would be continuing their efforts to offer vaccination to anyone yet to decide.

"This isn't the end by any stretch of the imagination, we want to get everyone vaccinated and support everyone to have that opportunity.