The Deputy Prime Minister has urged the Thames-Coromandel Mayor to show leadership and promote the Pfizer vaccine following her comments that she is waiting for the Novavax vaccine.

Sandra Goudie today has doubled down on her anti-Pfizer jab stance - adding she believes it is "absolutely wrong" that some people should be mandated to have the vaccine.

Goudie told Tim Beveridge this morning she wouldn't be taking part in Saturday's vaxathon and that she had made her stance clear.

But Grant Robertson said "it is clear she is espousing views that are not going to help us get vaccinated" today at the 1pm briefing from Parliament.

"I would encourage that particular mayor and every other mayor in New Zealand to promote vaccination.

"It's particularly important for community leaders to show leadership and get vaccinated."

Goudie said she is waiting until another vaccine, the Novavax, arrives in New Zealand.

Goudie said her vaccine decisions were a matter of personal choice, and people should respect each other's opinions.

Novavax is yet to be approved for use in New Zealand and when questioned about why she wouldn't get the Pfizer vaccine, she declined to elaborate.

But Robertson reiterated that Pfizer, the current vaccine on offer, is safe and all New Zealanders should "get on board with it".

"All around the world millions of people have received it and it is safe. It is the vaccine we have and it's the vaccine we are asking New Zealanders to use unless there is a medical reason otherwise. 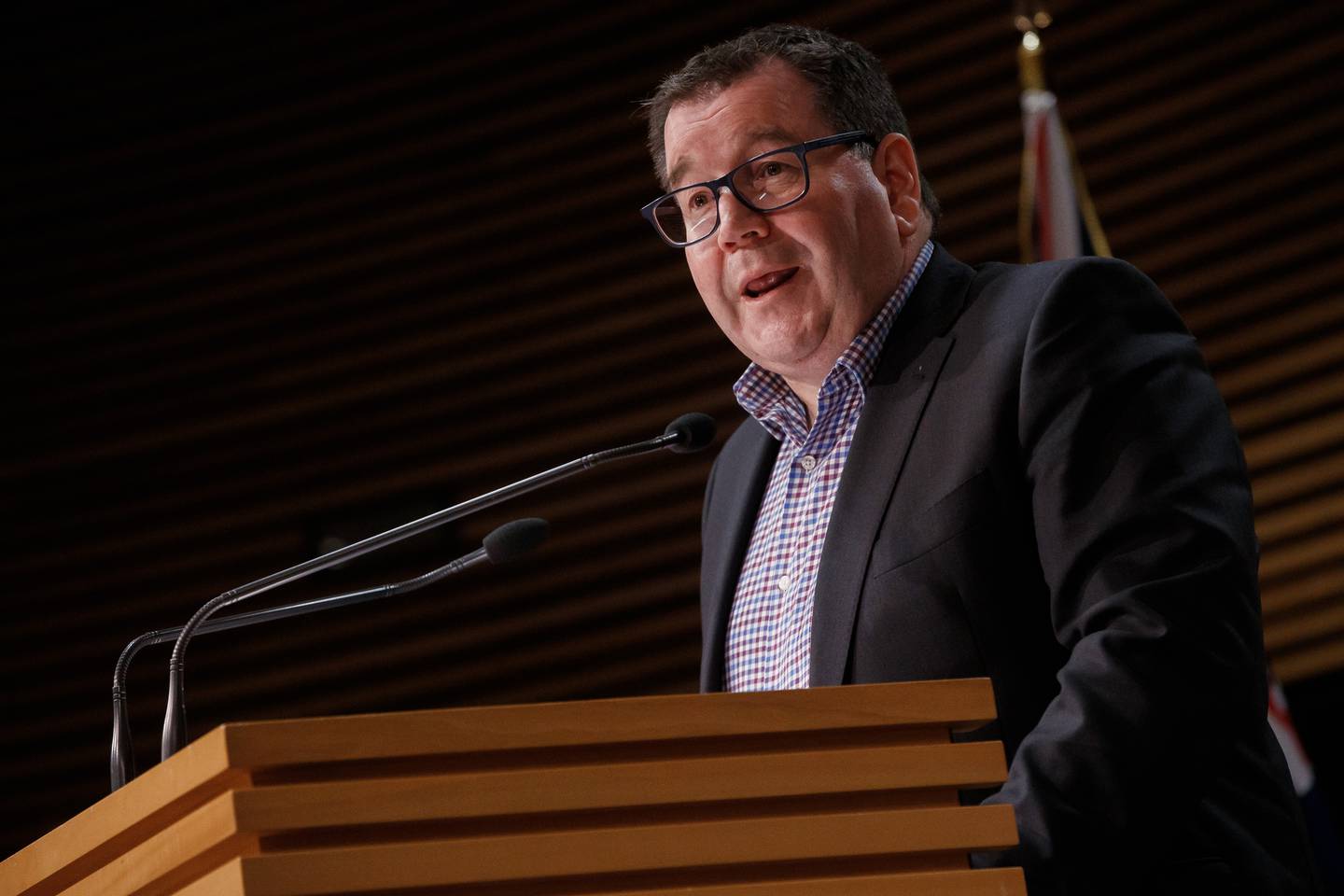 In response to Robertson's comments, Goudie said: "He's expressing his view, I'm expressing my view, and I respect his view and I would hope in turn he respects mine."

When asked if she would "get on board" with the Pfizer vaccine, Goudie said no.

"I've already expressed my personal choice," she told the Herald.

"I believe in the freedom of choice and I don't support mandating the vaccine. There are people that are attacking me for my point of view."

Goudie said she has received hundreds of emails and text messages in response to her comments today, but "98 per cent" were in support of her.

"It has been an amazing response ... and a huge response to people vilifying someone for expressing their view."

Robertson said it's "vitally important" for New Zealand to have the highest vaccine rates as possible to tackle the Delta outbreak, as cases are expected to double in the next fortnight across Auckland.

Director of public health Caroline McElnay acknowledged there are concerns about the Pfizer vaccine and that's why the Government has lined up other vaccines for their portfolio, but she reiterated that Pfizer is effective.

Robertson added that the Novavax isn't as widely used as Pfizer.