Auckland is sitting tantalisingly close to 90 per cent of its eligible population having their first dose of the Covid-19 vaccine.

Super Saturday's mammoth vaccination effort took the city to 89 per cent, after 8957 people got their first jab.

Just 20,442 Aucklanders still need to get their first dose for the city to hit 90 per cent of the eligible population.

More people vaccinated against the virus lowers the risk of the outbreak spreading out of control - and could mean fewer restrictions, allowing people to see their friends and family and enjoy a classic Kiwi summer.

Prime Minister Jacinda Ardern has previously signalled that 90 per cent-plus could mean a return to a life that's more normal, with no, or fewer lockdowns.

At the usual daily rate of around 4000 first doses, Tāmaki Makaurau could hit the 90 per cent first-dose mark by the end of this Thursday.

If everyone got their second dose after three weeks, the city could have 90 per cent of the eligible population fully vaccinated by mid-November, with good immunity by the end of November.

The Ministry of Health says Super Saturday was a record-breaking vaccination effort, beating Australia, the United States, Canada and the United Kingdom for the biggest day of doses per capita. 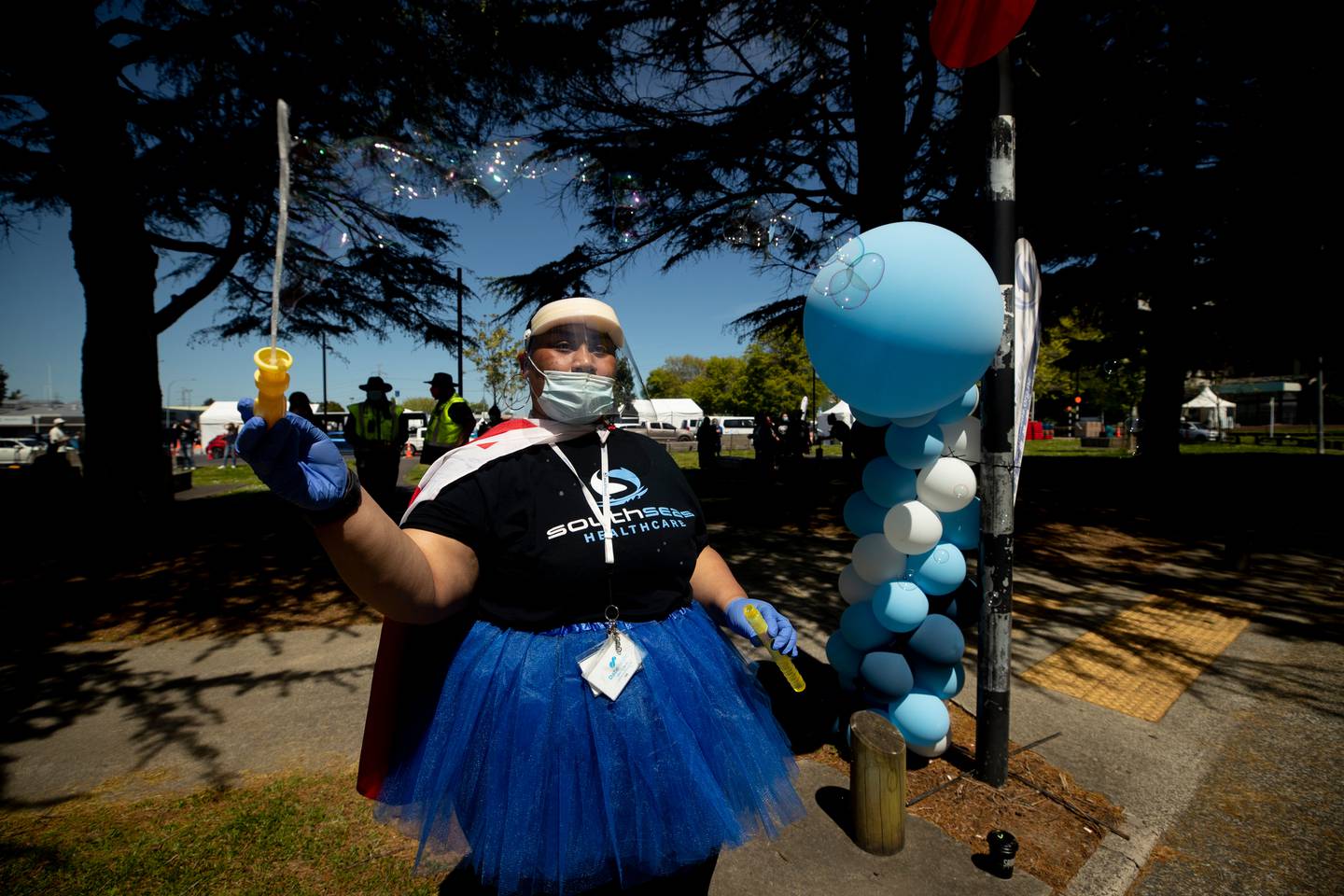 For the whole of New Zealand, first doses have now been administered to 85 per cent of our eligible population, and 65 per cent have had their second dose.

New Zealand was seeing around 3.6 doses of vaccination every second yesterday.

And there's a reminder from Dr Ashleigh Bloomfield that people who couldn't get their jab yesterday don't have to miss out.

"Don't worry, there are still lots of opportunities to get vaccinated, with the usual huge range of vaccination sites continuing to operate as normal across the motu beyond this weekend," Bloomfield said last night.

"Super Saturday has been a shot in the arm for the final stage of our Covid-19 vaccination programme and we now need to finish the job to protect all New Zealanders from the virus.

"Getting every eligible New Zealander vaccinated has never been more important, nor has it been more easy, so if you haven't already, please step up and get your shot. Or, if you know of a friend or whānau member who hasn't, please support them to get theirs."

While 90 per cent of the eligible population being vaccinated would be a stellar result, some experts have called for even higher rates of vaccination.

Epidemiologist Dr Rod Jackson has said he wants to see 95 per cent of the population vaccinated by December before loosening restrictions for the holidays.

It's been called a "race between the virus and the vaccine" as the number of unlinked cases continues to rise. Yesterday 41 new community cases were announced, half of which hadn't been linked.