A second man has been arrested and charged over Saturday's mass anti-lockdown protest at Auckland Domain.

The Papatoetoe resident, aged 57, has been charged with failing to comply with the Covid-19 Public Health Response Order by attending the gathering, along with 5000 people, during alert level 3 restrictions.

It was the third and largest protest against the Covid-19 restrictions held at Auckland Domain. The first, held on October 2, attracted around 2000 people. A similar number of people attended on October 16.

The accused is due to appear in Auckland District Court this afternoon.

The man is the second person to be arrested in relation to Saturday's gathering.

A man was charged yesterday over his attendance at the protest, and two other protests held earlier in October. He was set to appear in court this morning, before the matter was adjourned until December. 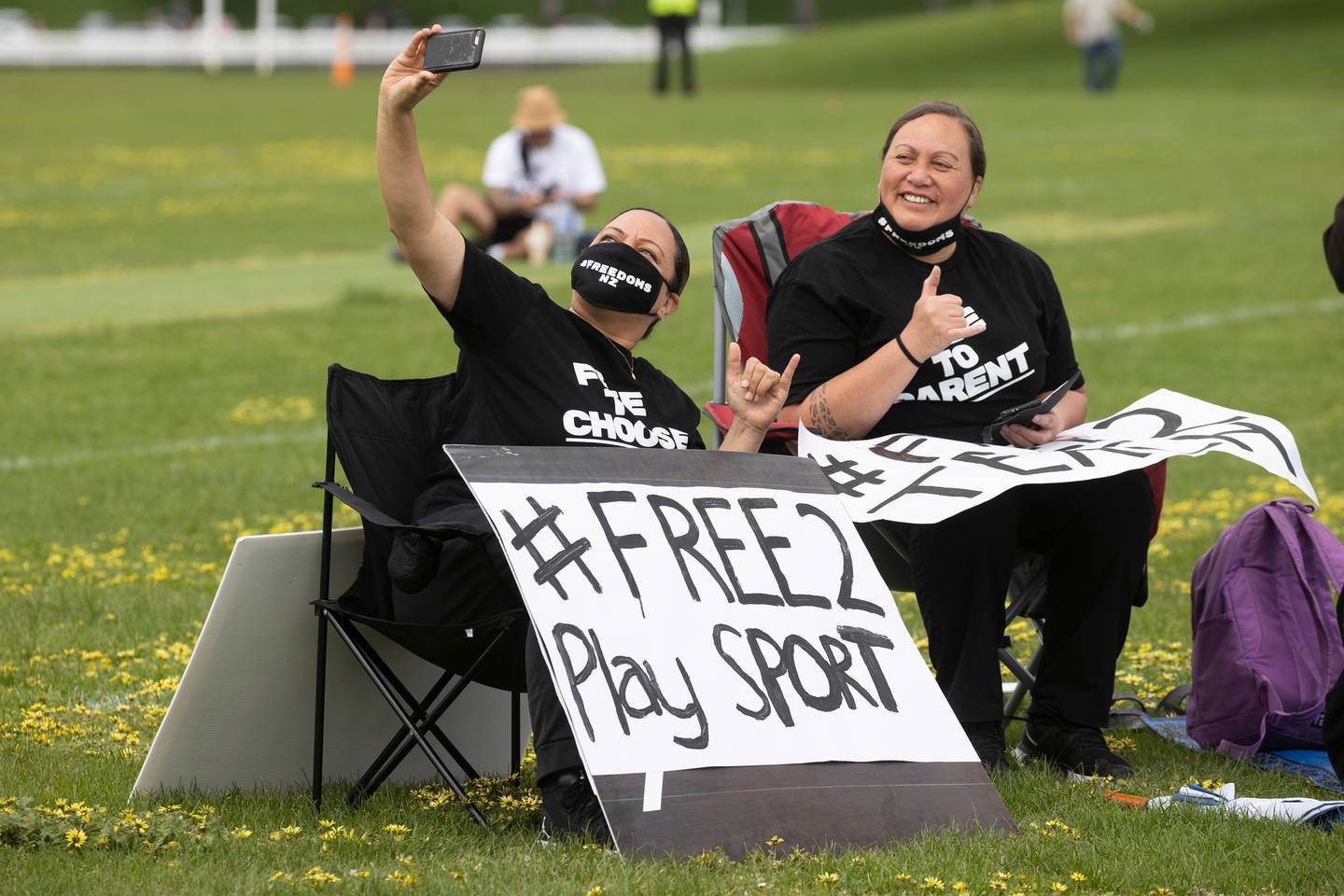 The arrest comes as a video circulated on social media of Freedoms and Rights Coalition MC Kaleb Cave being escorted from his home by police yesterday afternoon.

About 5000 people gathered at Auckland Domain then proceeded to march through the streets of Newmarket brandishing freedom signs and flags and blocking traffic.

Police said they were "disappointed" in the actions of the organisers of the event, who "went ahead despite police warning them that the gathering was a breach of the current restrictions".

They said further charges cannot be ruled out.

Brian Tamaki and another man were charged after earlier protests held on October 2 and 16, which attracted around 2000 people each time. Tamaki did not attend the third protest, having appeared in court twice before Saturday.