Three new locations of interest have been added in Katikati after a person tested positive in the community for Covid-19.

Western Bay of Plenty mayor Garry Webber said he was called at about 6.20pm yesterday and told of the positive Covid-19 case.

"We're advised that this person had the tracing app and religiously used it."

He said an abundance of caution characterised the approach now and pop-up testing centres were opening this morning.

Webber said he didn't want to be a "rubbernecker" and pester health authorities for every detail about the case.

"I just need to know they've got it under control," he told the Herald this morning.

He said local vaccination rates weren't as high as he'd like them to be but there were many reasons for that.

"There are pockets in our community where they haven't got the facilities to drive to get vaccinated."

Webber said work was under way to address that, and he was proud of hauora Māori health providers' efforts to reach communities facing challenges getting vaccinated.

The person who tested positive lived in Pukekohe and was busy moving to a rural area in alert level 2 north of Katikati, the Ministry of Health said.

The test result was typical of those from early or late infection stages and was under further investigation yesterday.

Simon Bridges, MP for Tauranga, said it was concerning to see Covid-19 in the Bay of Plenty, but he acknowledged the Ministry's assessment of a low public health risk.

This morning, he urged people to get vaccinated and said the Government should urgently increase local intensive care unit capacity. 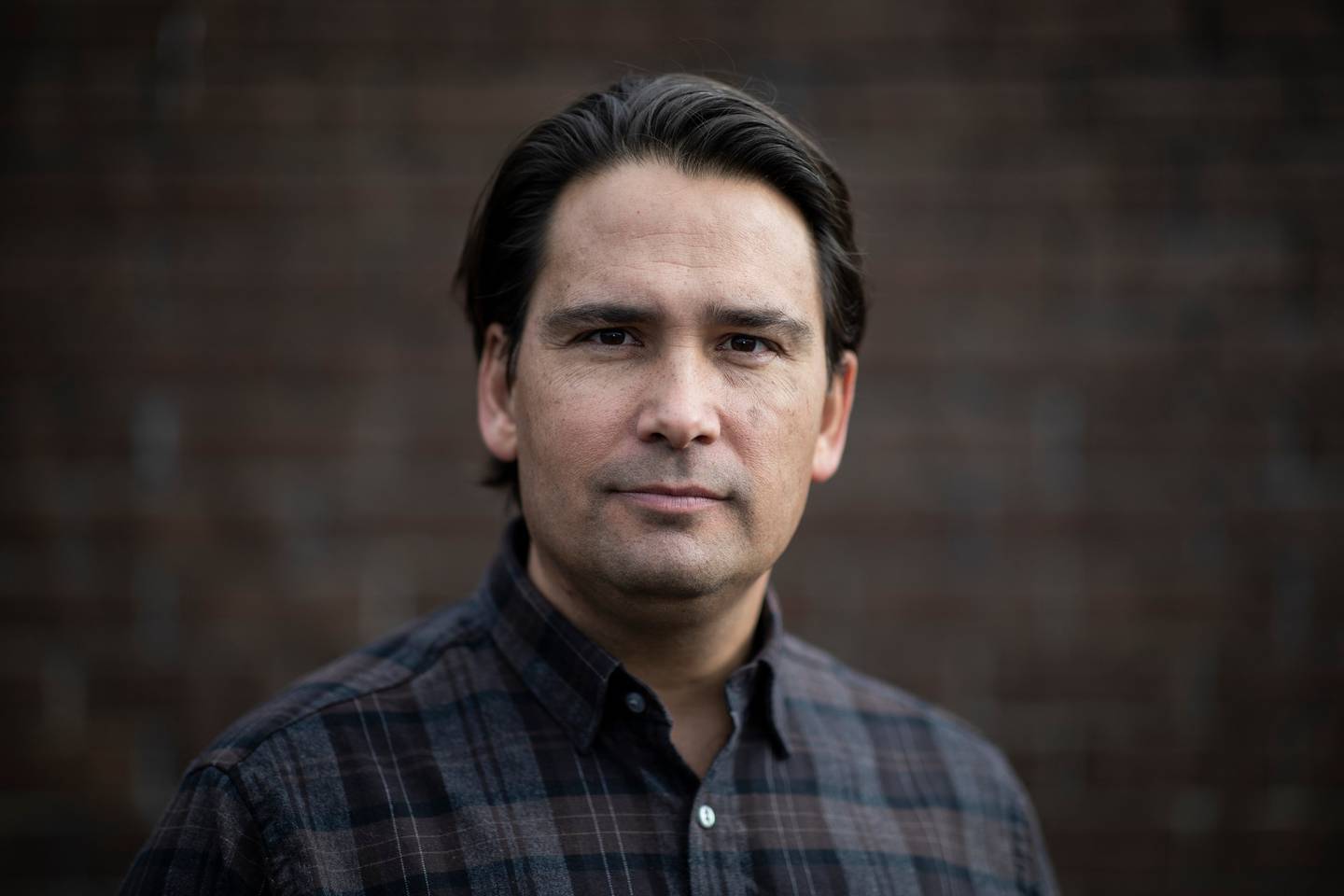 "Vaccination and ICU capacity are the keys to a strong, effective Bay of Plenty health response," Bridges said on Facebook.

Te Manu Toroa was preparing to swab people in a line of more than 15 cars at Katikati this morning.

Nurse Jessy Tamihana and mobile vaccine co-ordinator Chris Jacob had set up the station before 8.45am.

Jacob said eight nurses were at four stations. He said the nurses rallied on Saturday night at short notice and were helping the district health board.

He said anxieties could be running high in the community and if anyone felt concerned or had symptoms, it was important to come and get checked out.

The chief executive of Waipuna Hospice said the positive case visited its charity shop, not the health service.

"I don't want any of our patients or their families to panic," Richard Thurlow said. "We've put into play our plans for coping with this."

Thurlow said he found out about the positive case yesterday at about 7pm and understood the person received a "low threshold" result.

The Katikati hospice shop was closed and reopening would be reviewed after five days, Thurlow said.

He believed transmission risk at the hospice shop was low. All staff followed protocols by wearing masks, cleaning the shop daily and encouraging all customers to use the QR codes provided.

"I think the person did everything they were meant to do so hopefully it's just a blip and we don't see more cases in Katikati, which is a close-knit community." 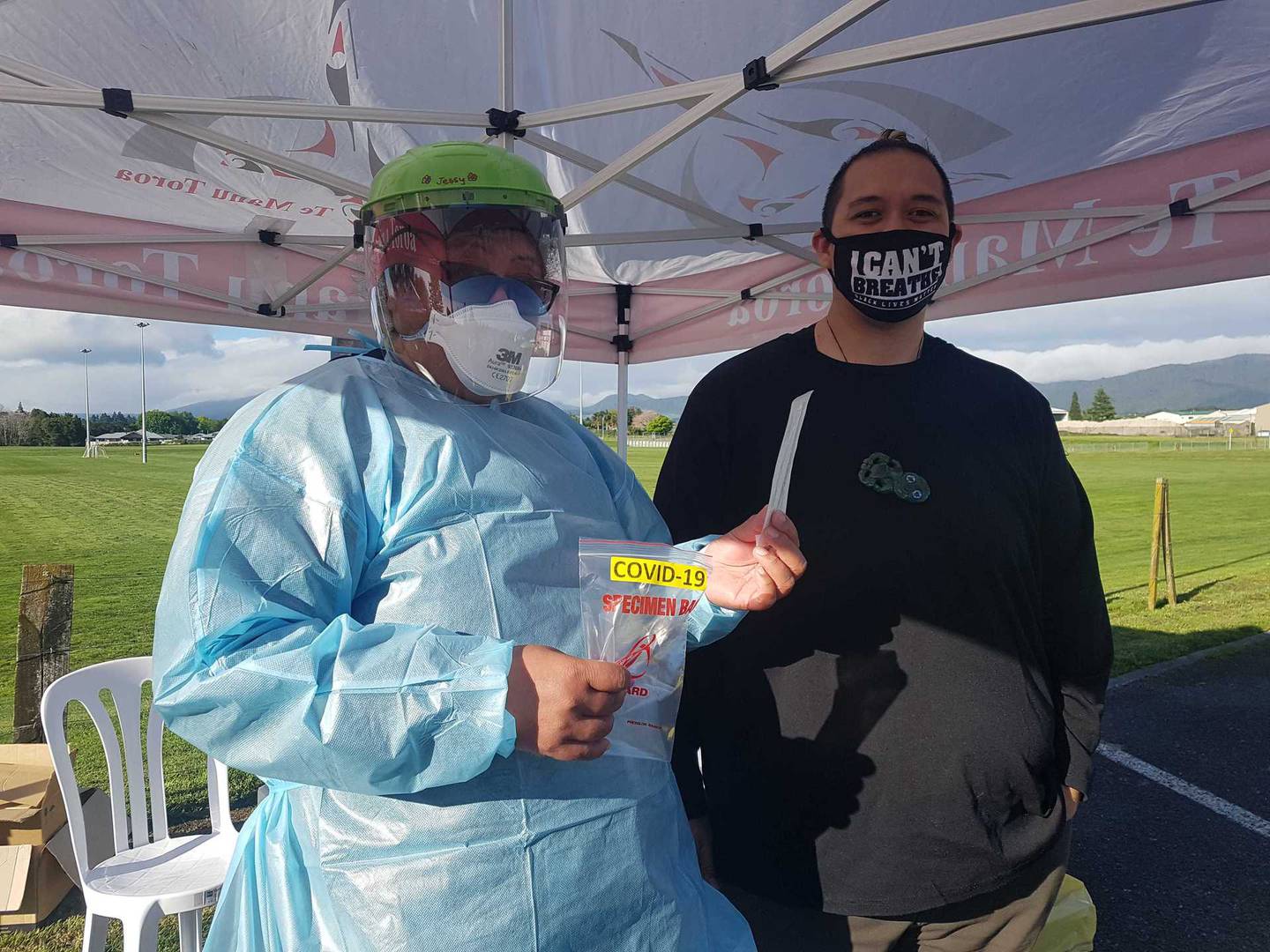 Katikati Community Board member Kate Sutherland said townspeople would continue to support each other.

"People are quite vigilant. Our elderly population [is] quite large and we tend to know each other in Katikati. So we all look after each other."

She hoped no more positive cases emerged as she imagined a level 3 lockdown would come into effect.

"I suppose the thing to do is just tested and get your jab."

Chrome Cafe owner Trudy Robinson has been urging her staff to get tested after one cafe employee was found to have been at a location of interest.

Robinson had opened the cafe today for business as usual but said it was very quiet.

"I think people are scared now that it's so close to home," she said.

The Ministry of Health said a vaccination clinic at Katikati RSA and Citizens Club on the corner of Henry and Main Roads will open from 10am to 2pm today. No booking was needed.

Testing sites in Katikati would be open from 8.30am to 4.30pm. These included Katikati Medical Centre, and an additional site at the Katikati Rugby Clubrooms.

Health authorities said the Katikati Rugby Clubrooms site would extend its opening hours if needed. Tests are free of charge.

The person who tested positive had permission to cross the border and was vaccinated and regularly tested.

The person's family used the tracer app and their family had been tested and isolated, the Ministry of Health said.

Another testing centre was open today at Tauranga Accident and HealthCare on 19 Second Avenue until 6pm, Bay of Plenty District Health Board said.

Get real about borders, expert urges

He said a proper border should be established around parts of Waikato, which joined Auckland in level 3 a week ago when two cases were discovered.

Wilson said keeping Covid-19 out of the South Island was even more obvious.

He suggested the Government look at Tasmania, which had not had a community case for more than 500 days.

"It's crazy that we're not trying to protect the South Island."