As Cabinet meets to consider Auckland's alert level, the signs for a move down are grim after a baby tested positive at North Shore Hospital and more cases were confirmed in Raglan.

The newborn baby at Auckland's North Shore Hospital tested positive for Covid-19 after visits from their father, who was infectious at the time.

The Waitematā District Health Board has this morning confirmed the incident after an email was sent out to staff late last night.

The DHB's executive lead, Tamzin Brott, told staff the father of the child was a nominated visitor to the hospital's maternity ward.

He tested positive for the virus yesterday and the Auckland Regional Public Health Service alerted the hospital and affected district health board.

"The man's partner and their newborn child have been in a single room," the email says.

"Separated from other mothers and babies for the duration of their care and the man visited them twice while potentially infectious."

Brott said the mother and baby were tested for Covid-19 yesterday evening. The mother returned a negative result, while the child's test result came back positive.

"They have been relocated to a Covid-appropriate ward and safety protocols are in place."

Brott said work was now rapidly underway to assess the situation and determine if further actions need to be made to ensure the safety of patients, visitors and staff at the ward and hospital.

As a result of the positive tests, a limited number of staff who potentially interacted with the man have been stood down as a precautionary measure while investigations continue, Brott says in the email.

"We know that news like this can be unsettling and have provided the available facts in order to keep you as informed as possible." 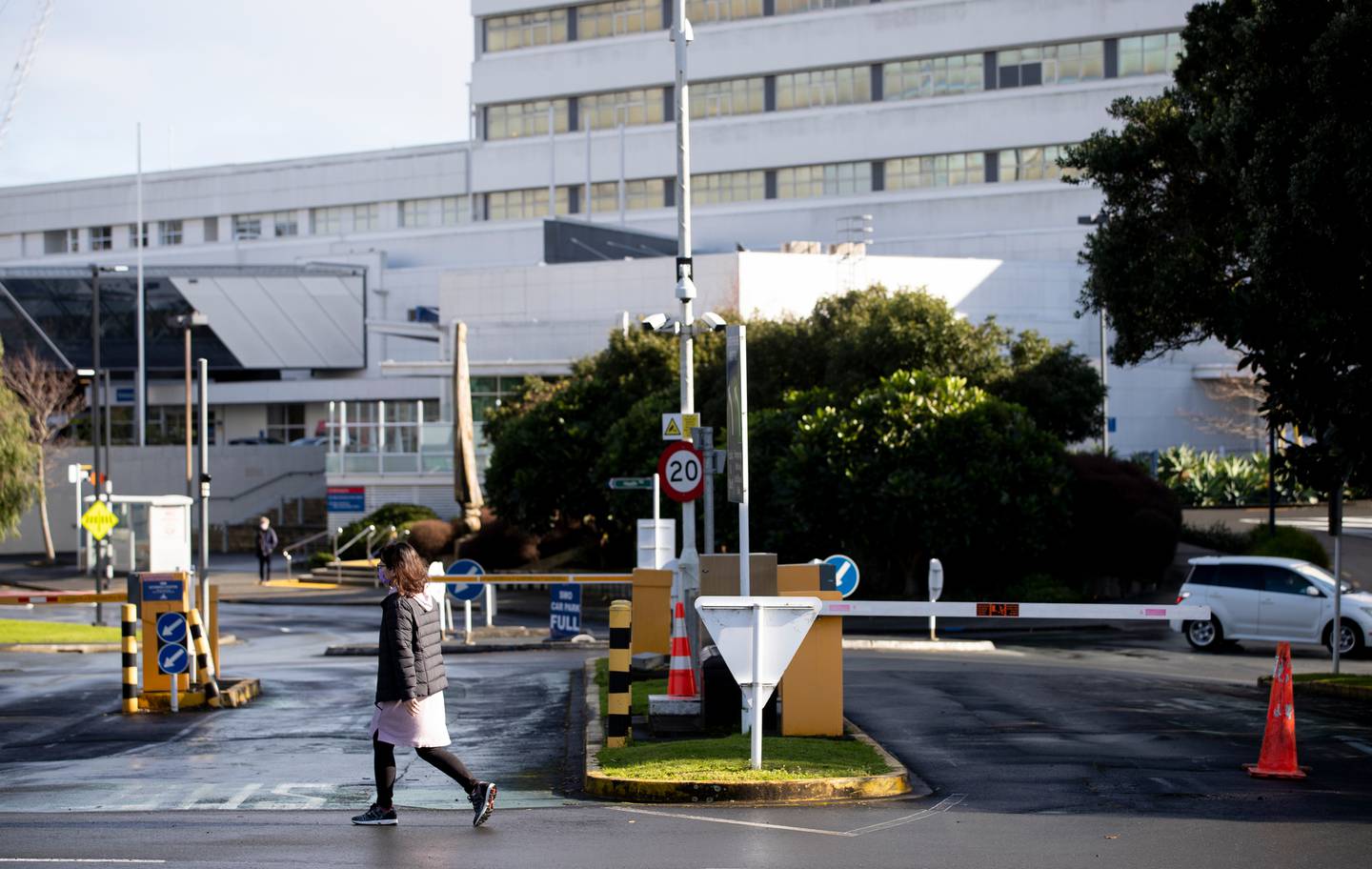 A hospital spokesman said this morning that the maternity ward remains "fully operational".

The newborn's positive result comes after authorities announced that the parent of another newborn - this time at Auckland City Hospital - has tested positive for Covid-19.

That child is currently in the hospital's neonatal intensive care unit - a special unit for newborns who are premature or are sick at birth and need extra medical care.

Health authorities said they were working to identify patients and staff who would be considered as contacts and plans were under way to manage staff levels until it was safe for everyone to return to work.

A McDonald's restaurant in Auckland's Wairau Valley has been named a location of interest after being linked to a person with Covid on Saturday.

A Covid visit was recorded at the McDonald's on Saturday night, between 6pm and 8pm.

A person with the virus visited the View Road Dairy yesterday afternoon - between 12.30pm and 1.30pm.

Some expecting mothers were also likely to be moved to other maternity units if their baby was likely to need NICU care.

"The thoughts of the DHB, and the Ministry, are with this family as they manage the stress of a positive test result, as well as having a newborn baby in intensive care," a statement said yesterday.

While in level 3, Auckland City Hospital visitors are restricted and are screened on arrival.

Meanwhile, Prime Minister Jacinda Ardern this morning confirmed that additional cases had been confirmed in Raglan overnight - said to be household contacts of one of two new Waikato-based people who tested positive for Covid.

Health officials announced yesterday that there were two new community cases in Hamilton and Raglan. The pair are known to each other. 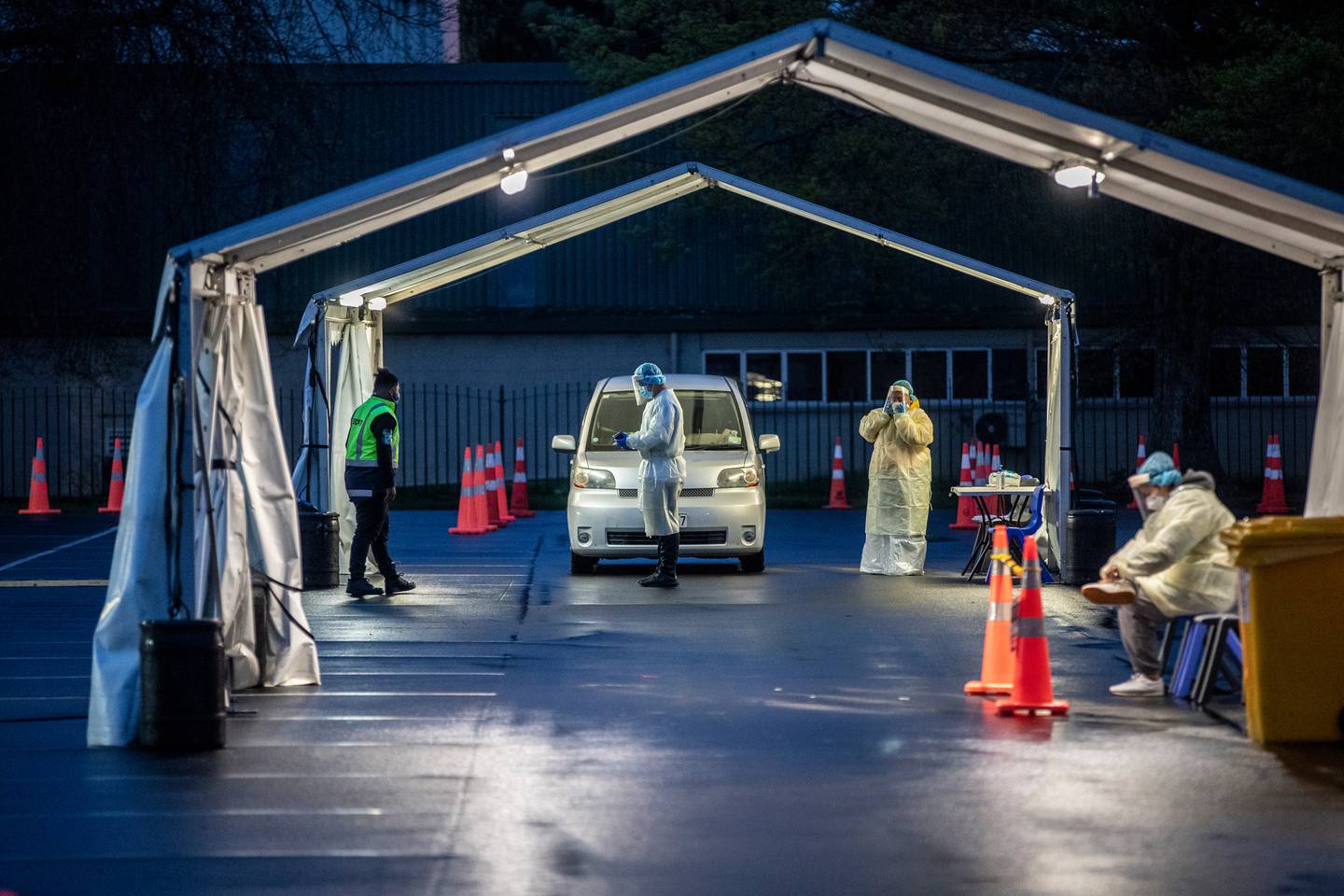 The new positive cases announced in the Waikato region came a day before the Government is set to say whether or not Auckland will come out of alert level 3 restrictions.

Cabinet is meeting to discuss the situation today and a decision will be announced later on.

Experts have said it is unlikely our largest city will drop to alert level 2. But Ardern did not go as far to say that in her morning media interviews today.

Ardern hints at next move for Auckland

Instead, she signalled that the Government is set to reveal a road map of sorts that will show what moves will be made to address the current outbreak in Auckland.

Speaking to Radio New Zealand, she acknowledged that today's decision for Auckland would not solely be based on the developments in Waikato - despite parts of the region moving up to level 3 just before midnight last night.

"Movement there isn't material to that decision... for us it is still around the nature of the outbreak itself in Auckland.

"I know that people naturally look to singular alert level shifts. What we've been doing instead is just looking across the board at all of the restrictions," she told the radio station.

"And looking at whether or not there are some options that are lower risk that we could ease just to support Aucklanders."

She said details of Auckland's road map would be outlined at 4pm today and she did not want to pre-empt any Cabinet decisions ahead of that.

But there were other options than simply moving to level 2.

"We want to give a bit of a sense of the longer term for Auckland."

More locations of interest are expected to be released in the Waikato region, as well as Auckland, today in light of the new community cases.

No new locations were announced in the ministry's first update this morning.

However, new times added to a location of interest today showed an Auckland petrol station was visited by a person with Covid almost every day last week.

The Z Albany was named as a location of interest yesterday - but new details released this morning show it has been linked to a positive Covid case or cases six times - last week Sunday, Monday, Tuesday, Wednesday, Thursday and Friday.

Anyone who was there at the affected times is told to self-monitor for 14 days after the date of exposure and get a Covid test if symptoms start to show.