COVID LATEST
* Two people test positive for Covid-19 on North Shore
* Vaccination by area - which parts of NZ are lagging behind?
* Matthew Hooton: Gangs hold our Covid freedom in their hands

The fight to beat the Delta outbreak is not being helped by poor vaccination rates in some of the South Auckland suburbs where cases have continued to pop up, including parts of Māngere, Clover Park, Manurewa, Papakura, and Favona.

It comes as the level 3 boundary in the Waikato was widened from midnight last night to include the Waitomo District, including Te Kuiti, and the Waipā and Ōtorohanga districts.

And two new cases of Covid have emerged on Auckland's North Shore, while health officials have confirmed a person who previously returned a "weak positive" test result in Northland has now been confirmed with Covid-19.

The Ministry of Health said that its current assessment is that the earlier weak result combined with the positive result yesterday indicated that the original test was taken in the early stage of the Northland individual's infection.

Director of public health Dr Caroline McElnay said this would help limit any potential spread of infection from the case. Public health interviews with the case are now under way to confirm their movements.

Locations of interest in Auckland and Northland are expected to be announced today.

"Northland DHB is stepping up its screening at Northland hospitals for visitors and patients and arranging additional testing. Anyone with symptoms should get tested and people in Auckland and Northland should check tomorrow for new locations of interest.

'We are holding our breath'

Whangārei Mayor Sheryl Mai said the top of the North Island was holding its breath to see if Covid had spread across Northland after the positive case was confirmed. "We are holding our breath and hoping that we don't have Covid in Whangārei or Northland," the worried mayor told The AM Show.

She said she hadn't been told of any further positive cases overnight or exposure sites across the region. "Like everybody this morning I got up and raced to have a look at the website to see if those locations of interest have been posted yet," said Mai.

"We anticipate there will be some for Whangarei and additional sites in Auckland. Nothing yet but hopefully before too long we'll get those so we can all go back in our diaries and see where we've been."

Mai said she hoped the infected person was vaccinated so impacts of the virus would be minimised for them.

She said business owners across the district would be "trembling" at the prospect of tougher measures be imposed due to the case. At the same time, people needed to be kept safe.

"There will be some who will be trembling today and just thinking 'Oh, no, this could be the last straw'. We trust that with all of the information available the right decision is made. But the most important thing that everyone agrees is we all want everyone to be safe."

She said this would be accomplished through vaccination. Mai was concerned that there were too many suburbs in her district that had low vaccination rates.

"We're in pretty good shape but there are still some areas where those vaccinations are low and we hope that those people do the right thing and are booking their vaccine to be protected as well as protect everybody else."

While Northland remained in a higher alert level setting she urged people across the district to follow strict social distancing and mask wearing rules, and to get tested if they felt ill.

Vaccination rates in some suburbs of Whangarei are perilously low, with Otangarei recording only 45 per cent of people having received their first dose.

There were five new cases in the Waikato yesterday, all of them linked, and 24 new cases in Auckland, seven of which are unlinked.

Covid-19 Response Minister Chris Hipkins said the Waikato boundary extension would have happened earlier if the risk assessment could have been done quicker.

The Waikato level 3 does not include the same outdoor freedoms as in Auckland, and it will remain in place until at least 11.59pm on Monday, with Prime Minister Jacinda Ardern announcing any changes on Monday afternoon.

She will also reveal if there will be any easing in Auckland's level 3 restrictions - step 2 allows customer-facing businesses to open - but public health experts have warned that it was too risky to do so next week. 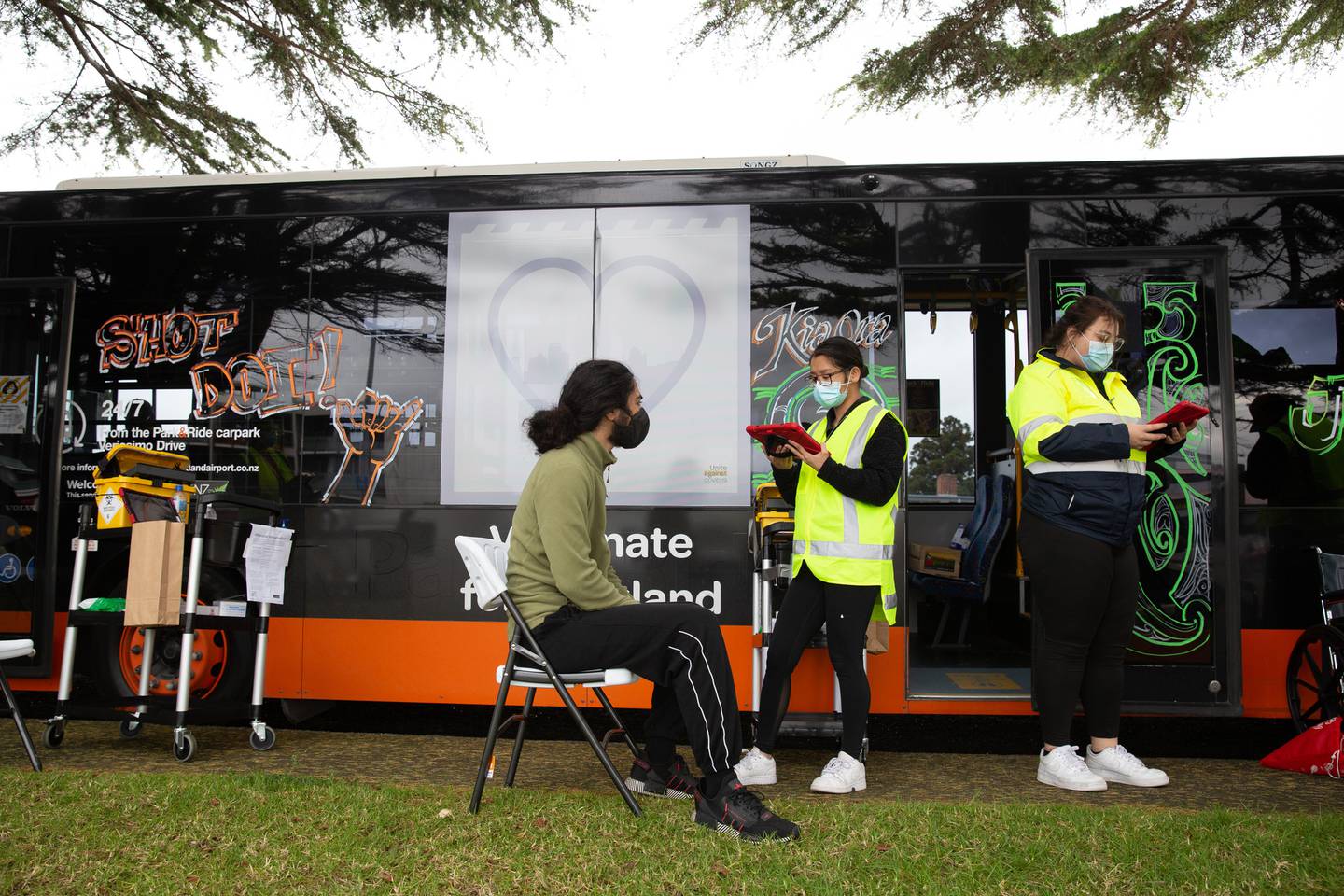 The Shot Doi vaccine bus run by Ngāti Whātua o Ōrakei takes the Delta fight to Panmure, pulling over to give out jabs. Photo / Sylvie Whinray

They also warned that the threat of Delta spreading around the country was very real, though the outbreak continued to be relatively controlled for now.

Waipā district mayor Jim Mylchreest said it was a real challenge for the local community, after an announcement that they would join North Waikato areas in alert level 3.

Speaking to TVNZ's Breakfast show this morning, he said everyone was "pretty disappointed".

"But obviously we've got to try to control the spread of Covid first."

He said people in the area were very compliant and he was not worried about people trying to get out of the boundary. "It's really over to all of us to obey the rules, otherwise we're going to be in this position for a very long time."

Mylchreest called on members of the community to get vaccinated as soon as possible. "If we want to enjoy the Summer and Christmas with the limited amount of restrictions, we've got to get that vaccination rate up."

Two people have tested positive for Covid-19 on Auckland's North Shore, according to a letter from Auckland Regional Public Health Service.

A letter, dated Thursday, was sent to residents, notifying them that two people in Kāinga Ora properties in Beach Haven had tested positive for the virus.

It is unclear whether these cases are in addition to the 24 Auckland cases announced at Thursday's 1pm press conference by director of public health Dr Caroline McElnay.

Residents and visitors to the area are being classed as casual contacts. They are being advised to watch for symptoms for 14 days (until October 20) and to get tested.

The letter said testing would be available for staff and residents on Sunday, otherwise they were encouraged to visit their closest testing centre on College Rd in Northcote.

The letter also included a code to use when getting tested.

The Auckland Regional Public Health Service (ARPHS) chose not to comment further, a spokesperson saying its advice was in the letter.

A Kāinga Ora spokesperson said it had been informed of the positive cases associated with the apartment complexes in Beach Haven.

Chris Hipkins, who is also the Education Minister, said Cabinet would decide on Monday which health and education workers would need to be vaccinated in order to go to work.

"Cabinet will make a decision about exactly where those kinds of lines get drawn on Monday," he said.

"Does it [for example] include laboratory staff, for example, who are processing samples, and who are actually pretty critical to the overall functioning of the health system?"

Up to about 100,000 teaching staff might be included in a mandatory vaccination order. 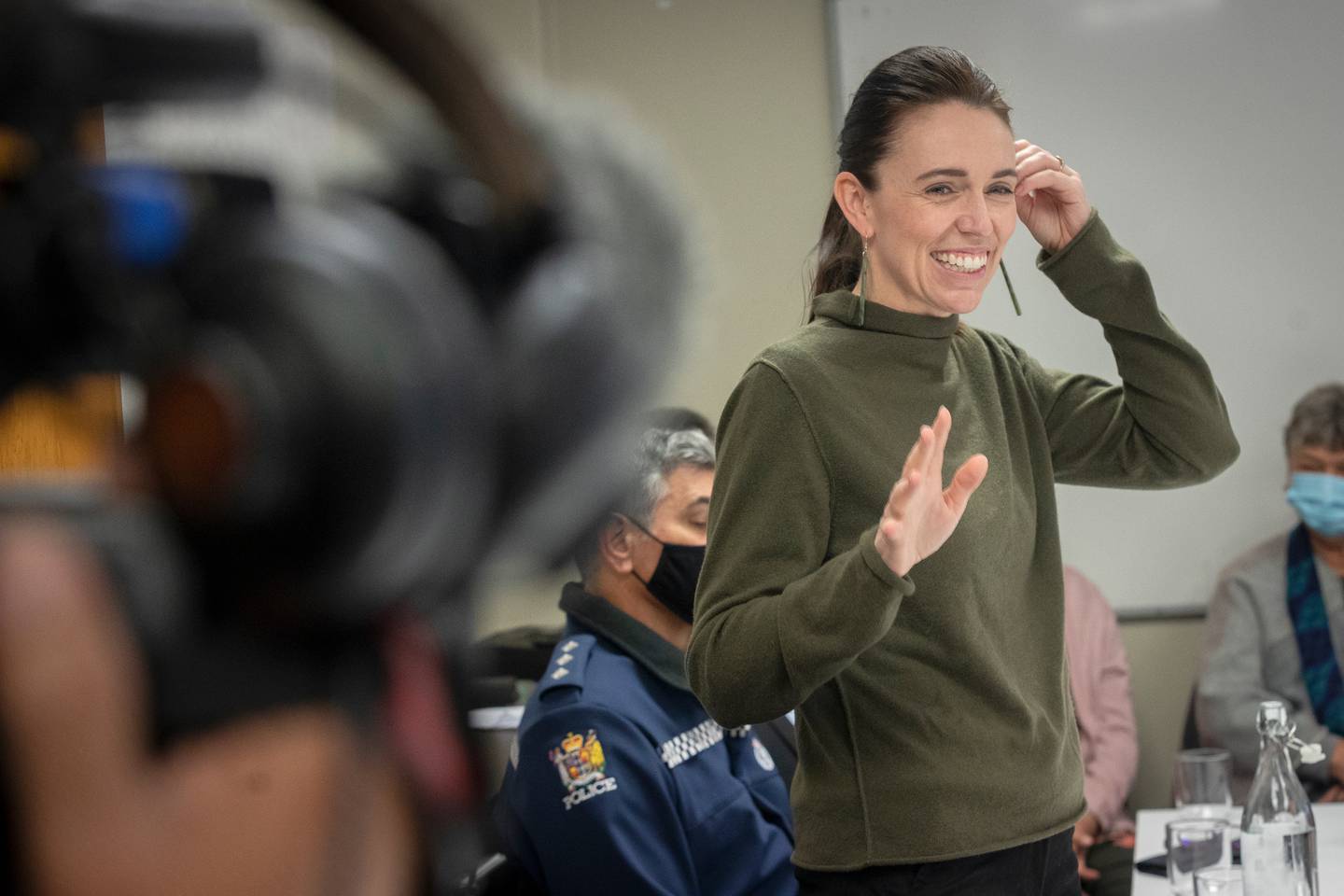 There is some support for mandatory vaccinations in those sectors, but the NZ Council of Trade Unions has previously cautioned that a blanket vaccination order could do more harm than good because it might create a sense of coercion.

Ardern visited Murupara and Rotorua yesterday to encourage people to get vaccinated, and tomorrow will head to Gisborne and the East Cape - other areas where vaccination levels are well behind the national average.

The Ministry of Health released vaccination rates by suburb yesterday. Eight of the 10 places with the lowest rates were in the Bay of Plenty and Northland.

Low coverage is also prevalent in parts of five of the eight suburbs of interest in Auckland, where cases have continued to pop up.

But Te Whānau o Waipareira chief executive John Tamihere wanted more detail to allow Māori health providers to go door-to-door, and is taking the Ministry of Health to court for the data.

Hipkins said the ministry wanted to share all the information that would help the rollout, but had to comply with privacy laws.

Meanwhile the Government announced that rapid antigen testing, which can produce a result in 15 minutes, would be used in the pilot for business travellers heading overseas and isolating at home after they return.

But the testing is already being used extensively overseas, and Professor David Murdoch - chairman of the Ministry of Health's testing technical advisory group - said there had been a lot of "conservatism" around different kinds of testing while elimination was the strategy.

"We probably missed a few opportunities just to get things out."

That included saliva testing, which was underused at the start of the Delta outbreak, when Rako Science had capacity to test 10,000 people a day but weren't being deployed at a time when people were waiting 12 hours for a test.

"Some people gave up and didn't get tested at all," said National Party Covid-19 response spokesman Chris Bishop.

"All the while we had a private sector saliva testing provider sitting right there, ready and willing to operate.

"The Government has been too slow. This is something that should have been in place much earlier - likewise with rapid antigen testing. The negligence and incompetence is unconscionable."