By Robin Martin of RNZ

After months of unsuccessfully trying to get a space in managed isolation and quarantine (MIQ), an Auckland woman has decided to sail home across the Pacific.

She and three other Kiwis are on a 40ft yacht taking a 2200 nautical-mile trip from Tahiti to Opua.

Katrina Hughes expected a bumpy voyage but said it would be worth it to be reunited with friends and family.

Normally a chief steward on superyachts, she spent two years navigating Covid-19 hot-spots around the world before deciding to jump ship in the United States earlier this year and arrange to return home.

But after making a number of unsuccessful bids to secure an MIQ spot she became disillusioned.

"And that's when I heard of this guy who had decided to travel from Australia to New Zealand. Back home. He was a Kiwi guy.

"He ended up sailing back and I thought that's kind of actually a good idea and I come from a sailing background and I started asking some questions."

Hughes was put in touch with a New Zealand skipper who had bought a yacht in Tahiti so he could return home and who was looking for a Kiwi crew. 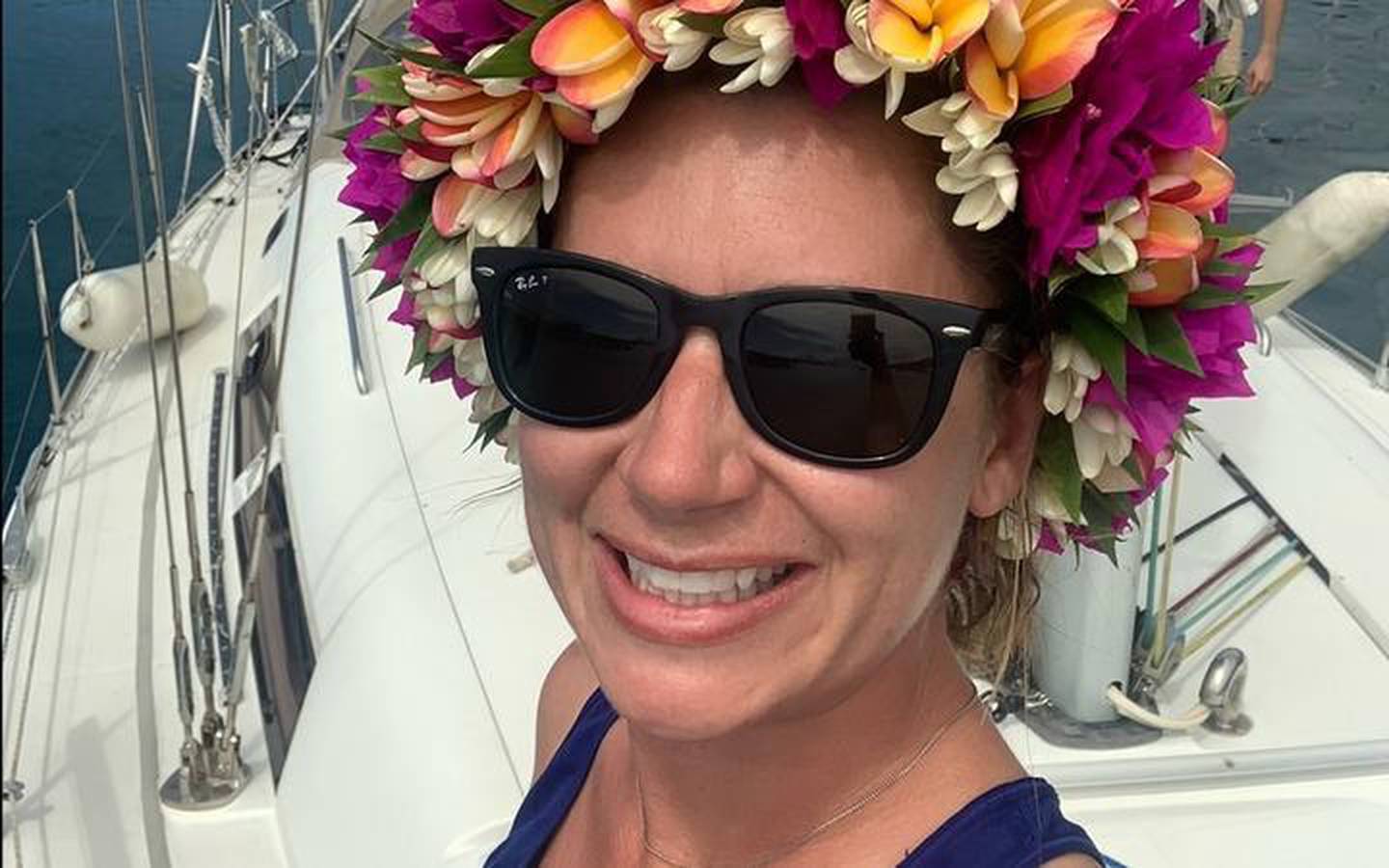 Katrina Hughes says the MIQ system is "horrible ... it just takes a little bit out of you each time". Photo / Supplied

"So there are three Kiwis, all seafarers. We all came in from different areas. We've got one guy working on the fishing boats over in Mauritius and we had another fly in from the Philippines and the skipper was actually here a couple of weeks before us getting the boat together."

To meet Covid-19 maritime border protocols, the yacht has been registered in New Zealand and acquired a new name in the process - the SV Kingfisher.

The yacht left Pape'ete on Friday and was expecting to take 16 days to reach Opua in Northland.

Hughes said would not be all plain sailing.

"At times it can be absolutely beautiful but, on the flip side, it can be incredibly brutal as well. You will get seasick no doubt.

"There'll be times when the weather will pound you for days and days at a time and this is a bit of a smaller boat to what I'm used to, but we've all got the same goal in mind."

He put Hughes in touch with the Kingfisher skipper who asked not to be identified.

"Katrina and her colleagues are on that database and one of them is a captain I think on a passenger ship. He was in Europe and he couldn't get home so he decided to buy a yacht and crew it with diaspora seafarers and sail back to New Zealand to circumvent the MIQ requirements."

Judkins said all things being equal the voyage to Opua should do the trick.

"To get to Tahiti they would've had to have had a negative Covid-19 test and they would probably have had a test immediately prior to their departure from Tahiti, so the 16-day voyage counts as a 14-day quarantine period.

"So as long as they present a negative Covid test on arrival at Opua they do not have to undertake MIQ."

Hughes still could not believe the lengths she had had to get around the MIQ lobby system.

"It's absolutely crazy. It's just so disheartening when every time you try for an MIQ spot and every time you end up getting further and further down the line you wonder 'is this for real, is someone playing a joke on me right now?'

"It's awful. It's horrible and when you go through that over time it just takes a little bit out of you each time and I thought 'sod this there's got to be another way to get home to your own country'."

According to the MIQ website, private yachts are not exempt from the border closure and permission is assessed on a case-by-case basis.

The master needs to obtain clearance before leaving for New Zealand.

Upon arrival at Opua, the Kingfisher crew will be required to undertake a health check, get Customs clearance and have a Covid-19 test.

They will also need the permission of the local medical officer of health before disembarking.