A leading Māori health researcher says there is now a real risk that the spread of Covid within the Māori community could have devastating consequences if many continue to stay unvaccinated.

And if more positive cases start to show up around the country - particularly in places with a high population of Māori - the situation could be as bad as the Spanish influenza pandemic of 1918, he said.

Dr Rawiri Taonui said evidence showed that the Delta strain of the virus had spread at a much higher rate among Māori after Auckland dropped to alert level 3 just over two weeks ago.

Speaking to TVNZ's Breakfast programme this morning, he said: "It's spreading into the marginalised periphery of the Māori community - and that's happened during the second week of the move to level 3 in Auckland."

Taonui said the things that are telling officials that are the number of random cases showing up in hospitals, the rising number of positive cases within gangs, the number of cases popping up in transitional housing and even yesterday's reported link to the Auckland City Mission. 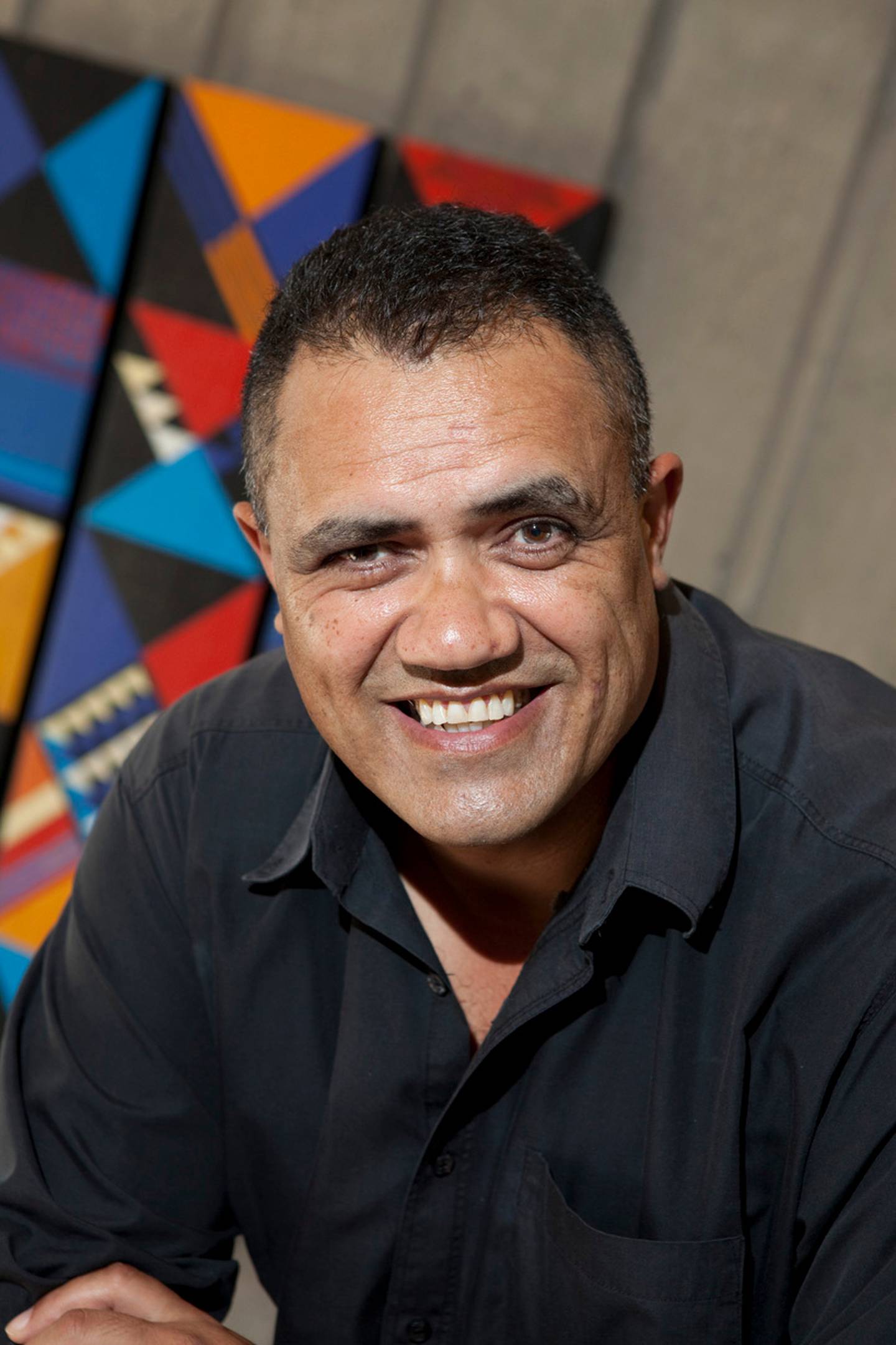 "That tells us that the spread has gone into the Māori community," he told the show.

"It's being disguised under level 3 because many more people are moving around in Auckland and crossing the borders and it places us at huge risk."

More Māori families need to get vaccinated against the virus. That was key to stamping this out, he said.

An unvaccinated person is 80 to 90 times more likely to be hospitalised, based on general figures.

For Māori, the chances of being hospitalised after getting Covid-19 are "probably more than 100 times more likely than a fully vaccinated person".

Covid situation could be akin to 1918 Spanish flu pandemic

"They're really, really serious numbers. With the case confirmed in Whāngārei last night and Delta already in four or five towns in the Waikato, there's a real risk of Delta moving into high demographic Māori areas with very low rates of vaccination.

"So Northland, the Lakes District, Bay of Plenty, bit further south into the King Country and Taranaki. If we start seeing more than 50 cases a day and then maybe 100, then we're looking at a very serious situation akin to 1918.

"Akin to 1918 - the Spanish flu - in my opinion. I don't want to be right, but I think that that's what the numbers are starting to tell us."

In October 1918, a more deadly wave of the new influenza strain arrived in New Zealand. In just two months - by the end of the year - about 9000 people had died from the virus that had also struck down millions of people around the world. 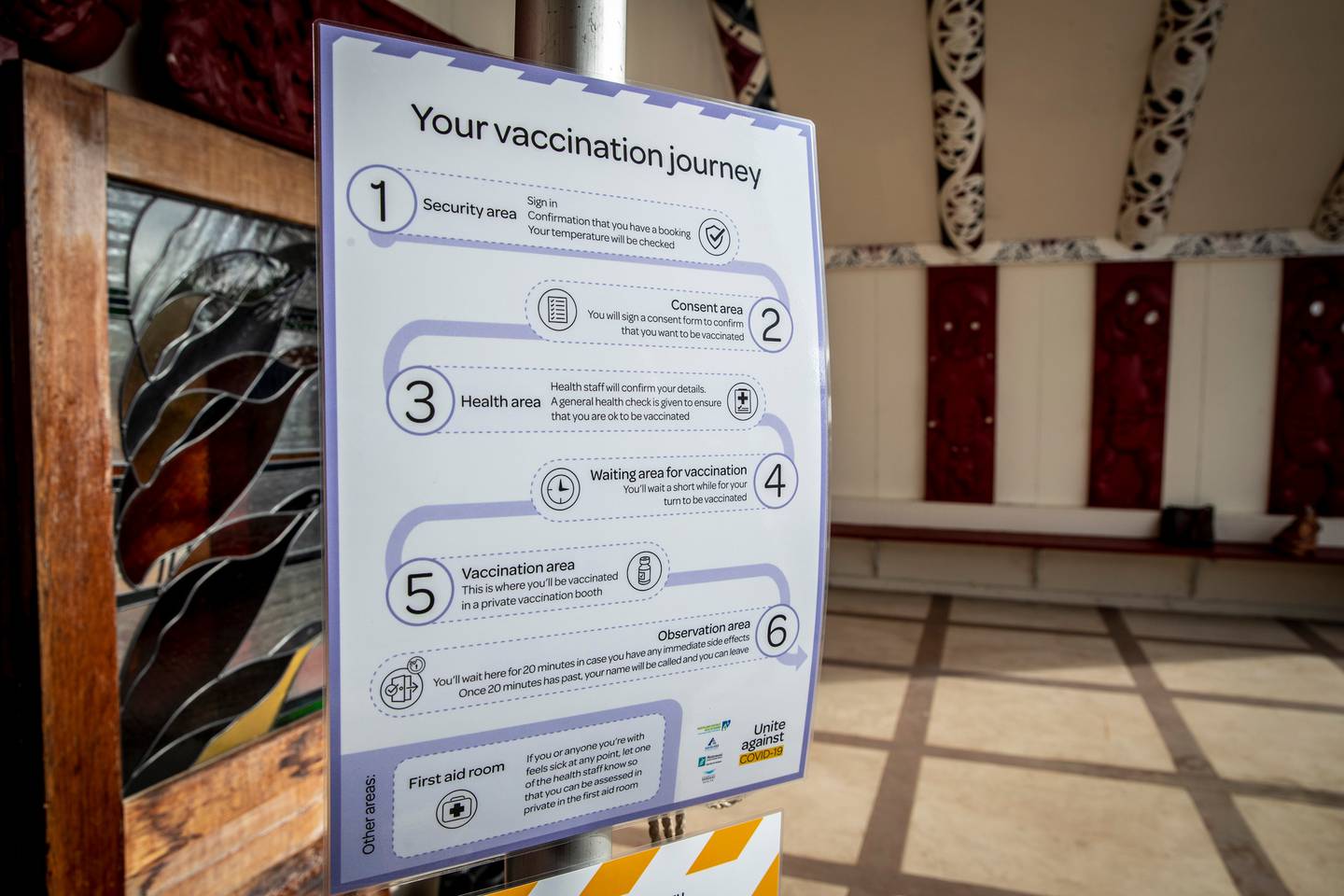 A vaccination site at the Manurewa Marae in south Auckland. Photo / Michael Craig

A New Zealand passenger and cargo ship, the Talune, would later take the Spanish flu from here to Samoa; when sick passengers were allowed onto shore without going into quarantine.

About 8500 people in the island nation - just over a fifth of the population - were wiped out as a result.

Asked if New Zealand was trying hard enough in the fight to beat Covid, Taonui said: "The situation is so potentially really serious that we need to keep trying as hard as possible.

"I've been talking to a lot of people over the last week and a half and they're saying 'We've got whānau sitting on the fence'.

"And I'm saying to them: 'Listen, push them off the fence and make sure they land on the right side'." 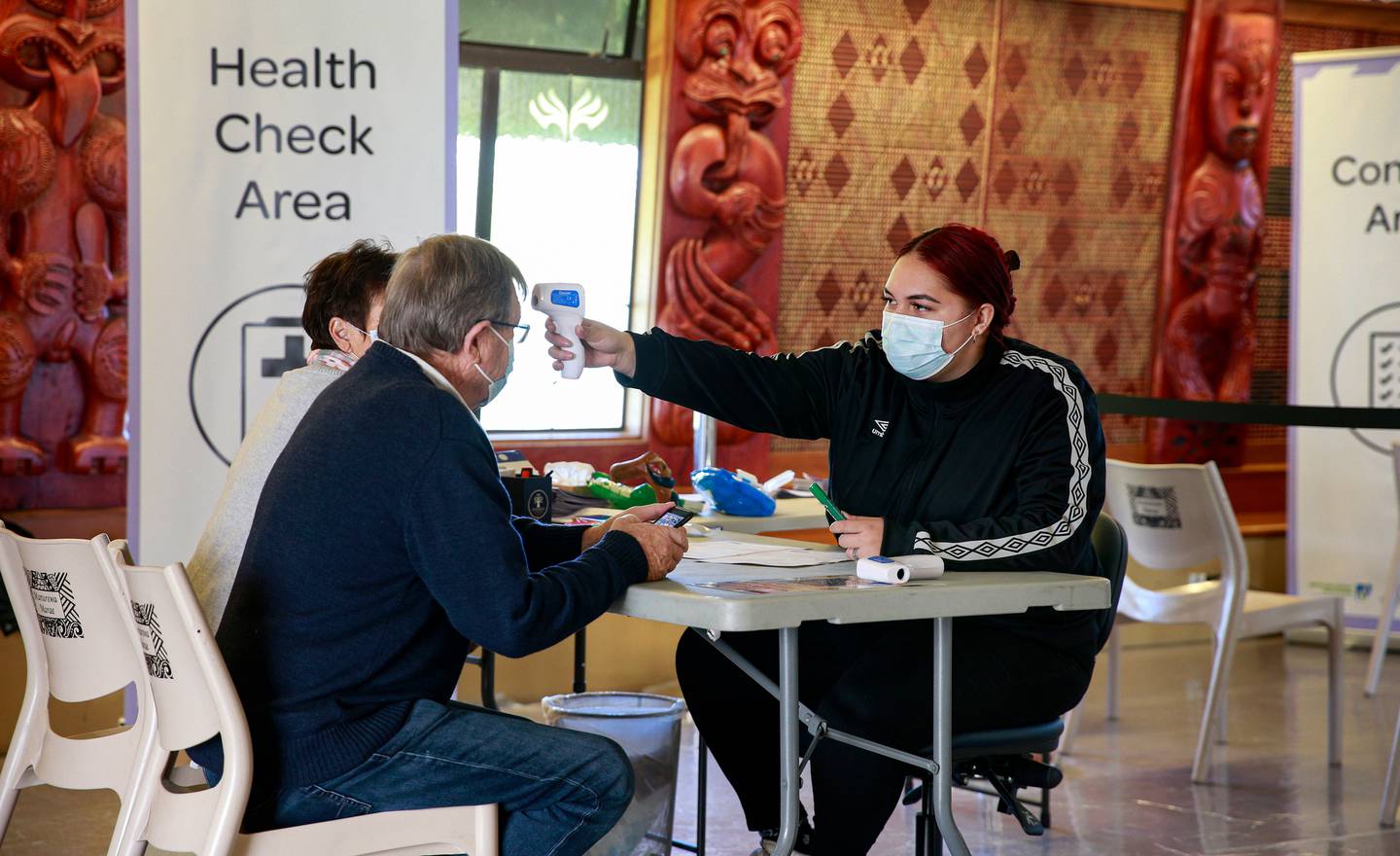 Behind the scenes at the vaccine centre at Manurewa Marae. Photo / Alex Burton

Speaking about the low uptake of the vaccine among Māori, Taonui acknowledged that the approach towards Māori and other vulnerable communities, was to take the vaccine directly to them and not wait for people to turn up at vaccination sites.

"It's important to take the vaccine to the whānau, rather than expect the whānau to go to the vaccination centre."

Evidence showed there was a higher uptake of the vaccine among Māori where Māori health provider groups were more accessible.

But areas where Māori health providers were not available or easily accessed, there was a much lower vaccination rate among Māori.

Asked what he thought the current overall full vaccination rate among Māori is now, he said: "Just over 30 per cent. It's lower than what the Government says."