A police spokesperson said officials are considering charges in relation to the organisers of the event, and Tamaki is one of them.

It comes as Auckland mayor Phil Goff branded Tamaki's actions a "kick in the guts" to law-abiding Aucklanders and wants the police to prosecute him.

The investigation into the protest of around 1000 people which breached alert level 3 restrictions is in its final stages.

"Police are disappointed at the large numbers, and that organisers did not follow through on undertakings they had given police about how the event would be managed," the spokesperson said.

"As noted prior to the gathering, police have the ability to take enforcement action against people in breach of Health Order restrictions after the event."

Goff said a decision to prosecute Tamaki was a matter for the police but he personally supported sanctions being imposed for breaching the Covid-19 health order.

"The rules are set for everyone and they need to be applied to everyone without fear or favour.

"What is really hacking off so many of us is the overwhelming majority of Aucklanders are trying to do the right thing, following the rules and getting vaccinated.

"It's a kick in the guts when our efforts are undermined by people who think they are above the law and then go out preaching to their followers that they shouldn't get vaccinated," Goff said.

The council sent Tamaki a memo two days before the protest, saying as landowner of the Domain it had serious concerns the protest could result in a spread of Covid, risk the health of Aucklanders and breach the Covid-19 health response order.

"Auckland Council does not permit, endorse or support this event going ahead and it supports any police action that may be necessary to avoid any breach of the law or damage to public property," the memo said. 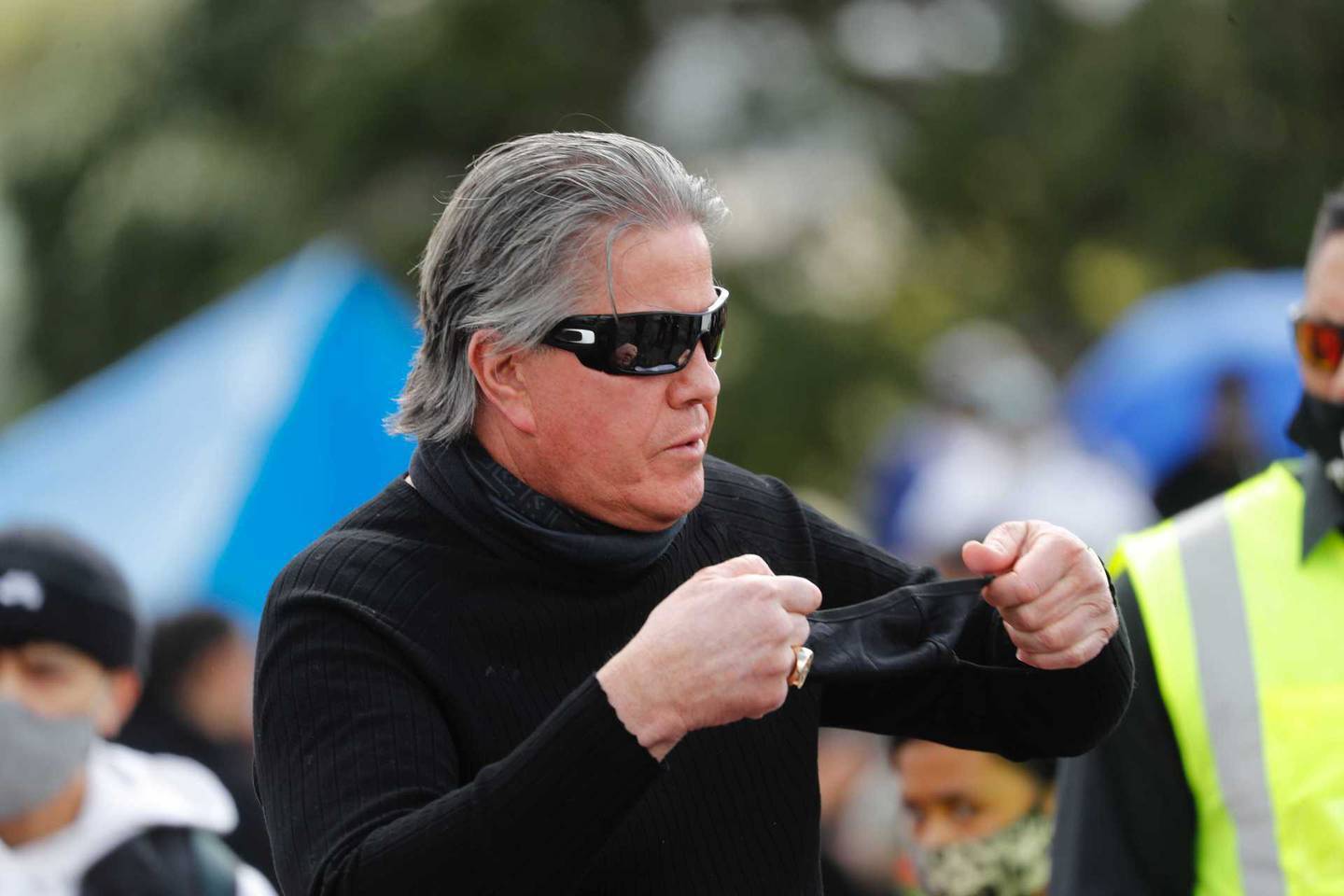 Brian Tamaki says people should be thanking him and his supporters for the anti-lockdown protest. Photo / Dean Purcell

Goff said his understanding is the council could not take any action against Tamaki over the protest.

Tamaki is defiant about holding the anti-lockdown protest attended by up to 2000 at the Domain on Saturday - saying people should be thanking him and his supporters for standing up against the Government's "oppressive laws".

In a Facebook post, he also hit back at Prime Minister Jacinda Ardern for describing the protest as "a slap in the face for all Aucklanders".

Meanwhile, a petition on change.org has garnered nearly 25,000 signatures calling for Tamaki to be charged for organising the event on Saturday outside the Auckland War Memorial Museum while Auckland was in lockdown alert level 3.

"If any true democracy-loving caring NZer...value their Freedoms (sic) and the Freedoms of their children's children, you should never be angry at people who want to recover what's priceless and beyond value, and protect them," Tamaki said on Facebook.

"What price do you put on your personal Freedoms? Why would you hate us for that? As for the pathetic cry, you will cause a super-spread is unreasonable panic.

"You're vaccinated, not in the vicinity, and safe in your bubble, you then should be thanking us, who took the courageous risk, in the face of restrictions, to push back on oppressive laws from this Government." Tamaki said he would rather "live in dangerous freedom than live in peaceful slavery".

He accused the Ardern Government of creating laws to break existing laws to further remove civil rights and freedom and its "abusive use of political power to neutralise our Bill of Rights".

A petition on change.org calling on Police Commissioner Andrew Coster to charge Tamaki and those who attended the rally. 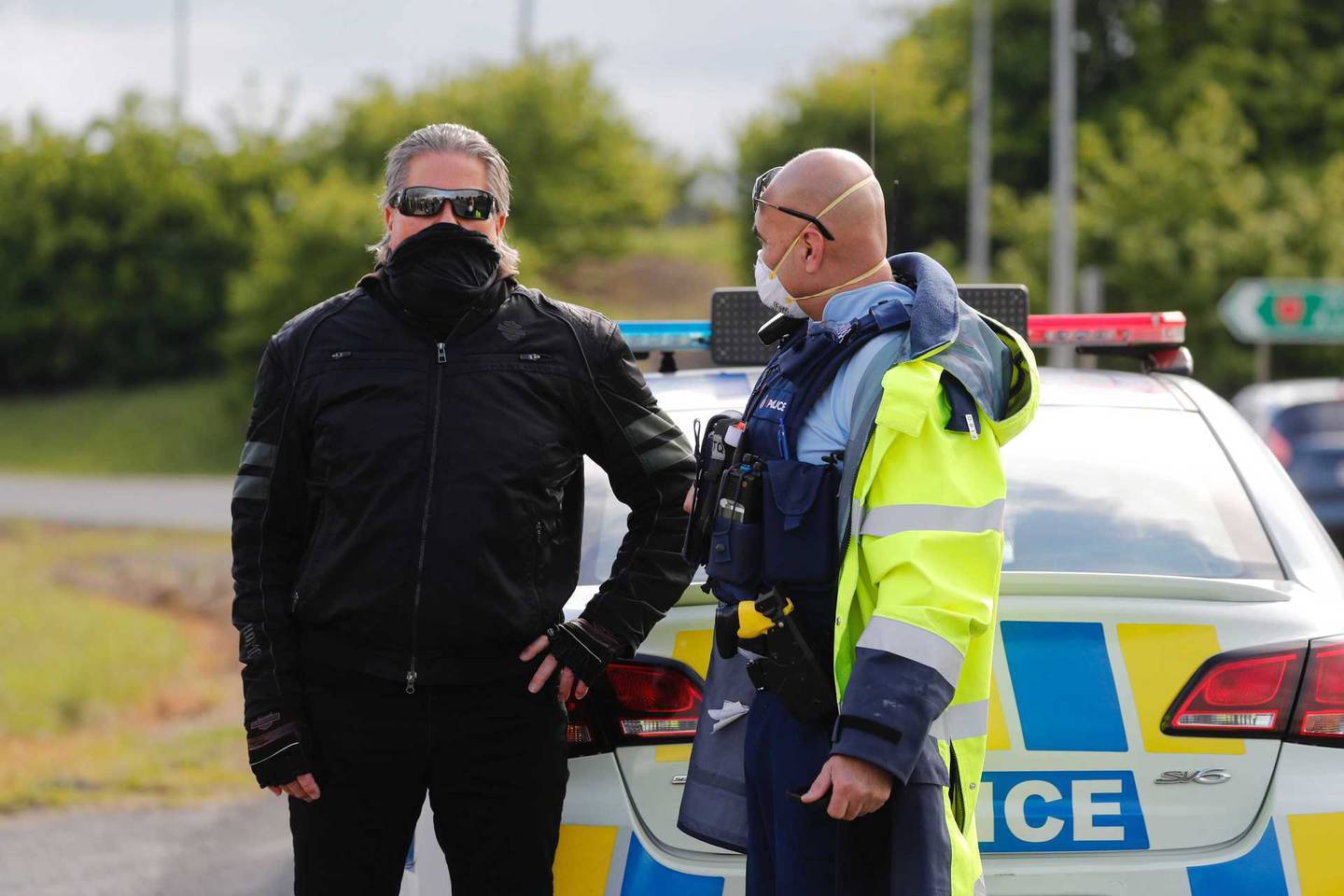 A petition is calling for Brian Tamaki and those behind Saturday's anti-lockdown to be charged. Photo / Dean Purcell

"All involved were in breach of the current regulations covering groups and gatherings," the petition said.

"To date, the New Zealand Police response over Tamaki's actions has been abysmal. Please show your support to send the message that we want out of lockdown and acknowledge that with events like these occurring this will potentially impact on our Christmas holiday period separating family and friends unnecessarily all for the ego and wallet of one very selfish individual."

It said Tamaki had flouted the rules "since day one" and was actively encouraging others to break the rules and continues to disrupt our Covid recovery efforts.

"Send a message that this is NOT OK!"

Ardern had labelled the actions of Tamaki and those who attended the anti-lockdown protest as "morally wrong".

As many as 2000 anti-lockdown protesters gathered, with the crowd ranging from gang members to grannies. There were families - including with young babies - on picnic chairs.

Police earlier said they would be visible at the rally, which was organised by Destiny Church, and warned protesters could be arrested. Photo / Dean Purcell

Others included people in wheelchairs and some walking dogs, while a series of motorbikes were parked to the side along with two or three tractors.

Ardern said the protest was "a slap in the face" to Aucklanders who had been following the rules for weeks.

The Prime Minister confirmed the protest was illegal but would not say if there should have been arrests, saying it was an operational matter for the police.

The Herald has approached the police for further comments.