Today's protest event at the Domain is the fourth since the beginning of October, with attendees taking issue with Covid-19 restrictions and vaccine mandates for certain parts of the workforce.

The Freedoms & Rights Coalition gathered at the Domain at 11am today and the Auckland War Memorial Museum has closed its doors as a precaution.

After a number of speakers addressed the crowds, Tamaki himself fronted up to the audience.

Tamaki said he had been told by his lawyer that he had a right to protest.

"I want to just say to the people across New Zealand right now who are meeting across the nation that something sinister happened two years ago causing citizens to turn on each other," he said.

Tamaki listed the vaccine mandates and says he knows they don't "feel right".

He said there was a fear across the nation and couldn't understand why the team of 5 million could stand by and allow freedoms taken from them.

"I don't really want to be in the news," he told the crowd.

In October, police said Tamaki has been charged with failing to comply with an order (Covid-19) under the Covid-19 Public Health Response Act and Alert Level 3 Order and was also appearing before the court for breach of bail conditions.

That was over a protest on October 16.

At a court appearance on October 20, Tamaki was warned by Judge Josephine Bouchier that if he was charged again he ran the risk of being remanded in custody.

Bail conditions included One condition was that he not "organise or attend any protests in breach of any Covid-19 level requirement", while another was that he not "use the internet for the purpose of organising, attending or encouraging non-compliance with the Covid-19 Public Health Response Act 2020".

Tamaki and his lawyer Ron Mansfield QC agreed to the conditions.

Today's protest in Auckland is happening at the same time as mass gatherings in Gisborne, Whangārei, Rotorua and Hawke's Bay.

Police have warned the protest action will cause some disruption to traffic this weekend. Locations that protesters are expected to gather, including Auckland's Domain, will be monitored by police.

Tributes were paid at this morning's rally to those who were killed in a fatal car crash near Levin last week as they returned to New Plymouth from a protest in Wellington on November 9. 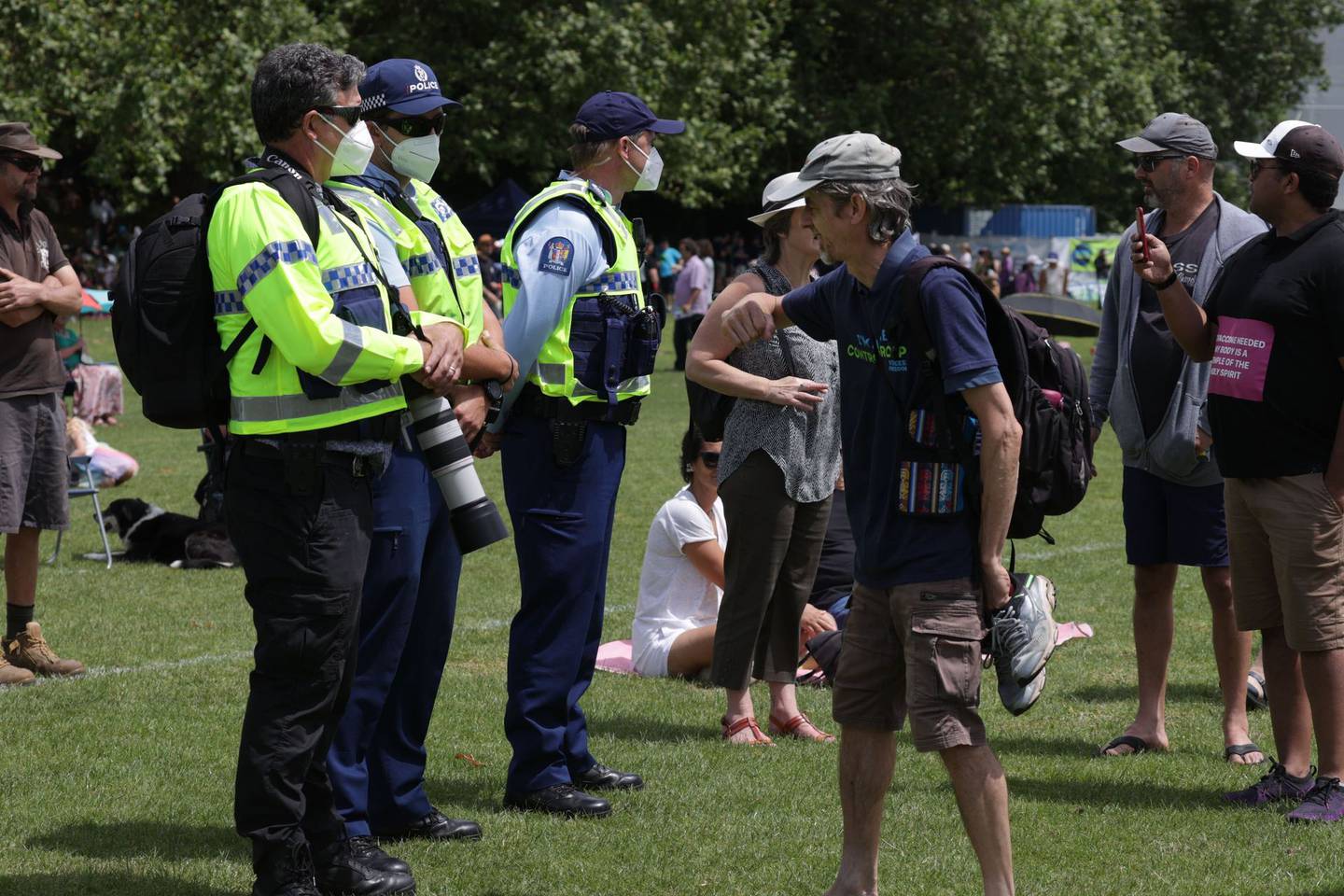 "Today we honour the fallen heroes," said the MC as the crowd observed a minute's silence.

He said 50-year-old Devon Intermediate teacher Cass Jordan was due to move home to Nelson due to losing her job after refusing to get vaccinated.

"Today she was going home to her family. On Thursday, Cass was buried with her family."