The wife of Destiny Church leader Brian Tamaki has revealed how her husband was treated "like a prisoner" for six hours while he waited in a holding cell for his court appearance yesterday.

In a live Facebook video, Hannah Tamaki said her unsuspecting husband was stripped down to his undies and had his DNA and fingerprints taken at the Henderson custody unit yesterday morning.

Brian Tamaki was transported from the Auckland Central Police Station earlier in the day when the Mt Eden custody unit was closed for a deep clean after a Covid-positive man escaped from the Holiday Inn MIQ facility and was put in the cell overnight.

The 63-year-old appeared in court later in the day charged with breaching his bail conditions and a fresh charge of violating a Covid-19 lockdown order by attending a second lockdown protest at the weekend. Tamaki is defending these charges and an earlier charge of organising and attending a mass gathering at the start of the month.

Those conditions include complying with any Covid-19 level requirements, which include not attending or organising any protest and not accessing the internet for the purpose of organising or inciting non-compliance.

Hannah Tamaki said her husband didn't realise just how close he was to going to jail until he was at the custody unit.

"He actually was processed like a prisoner," she said. 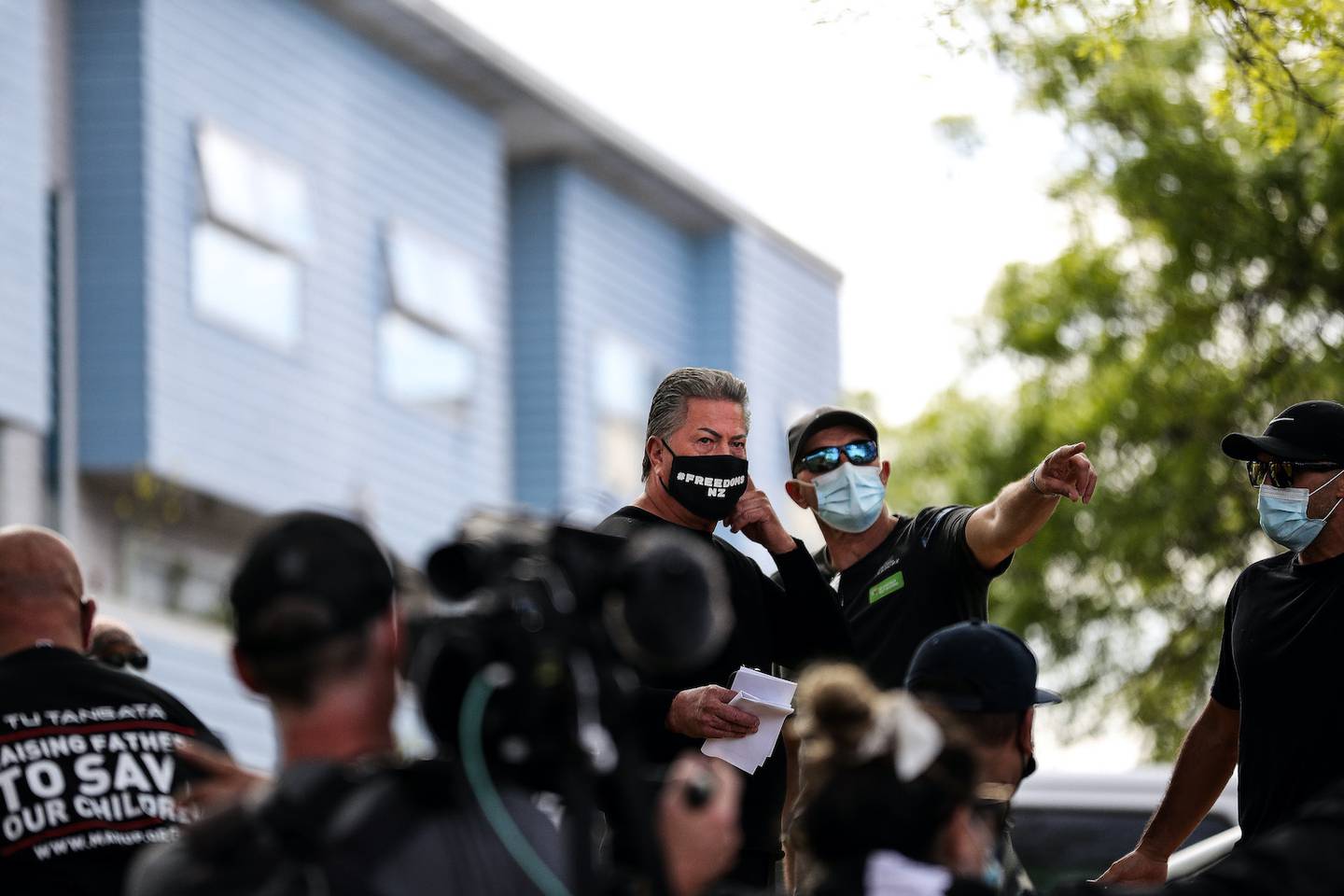 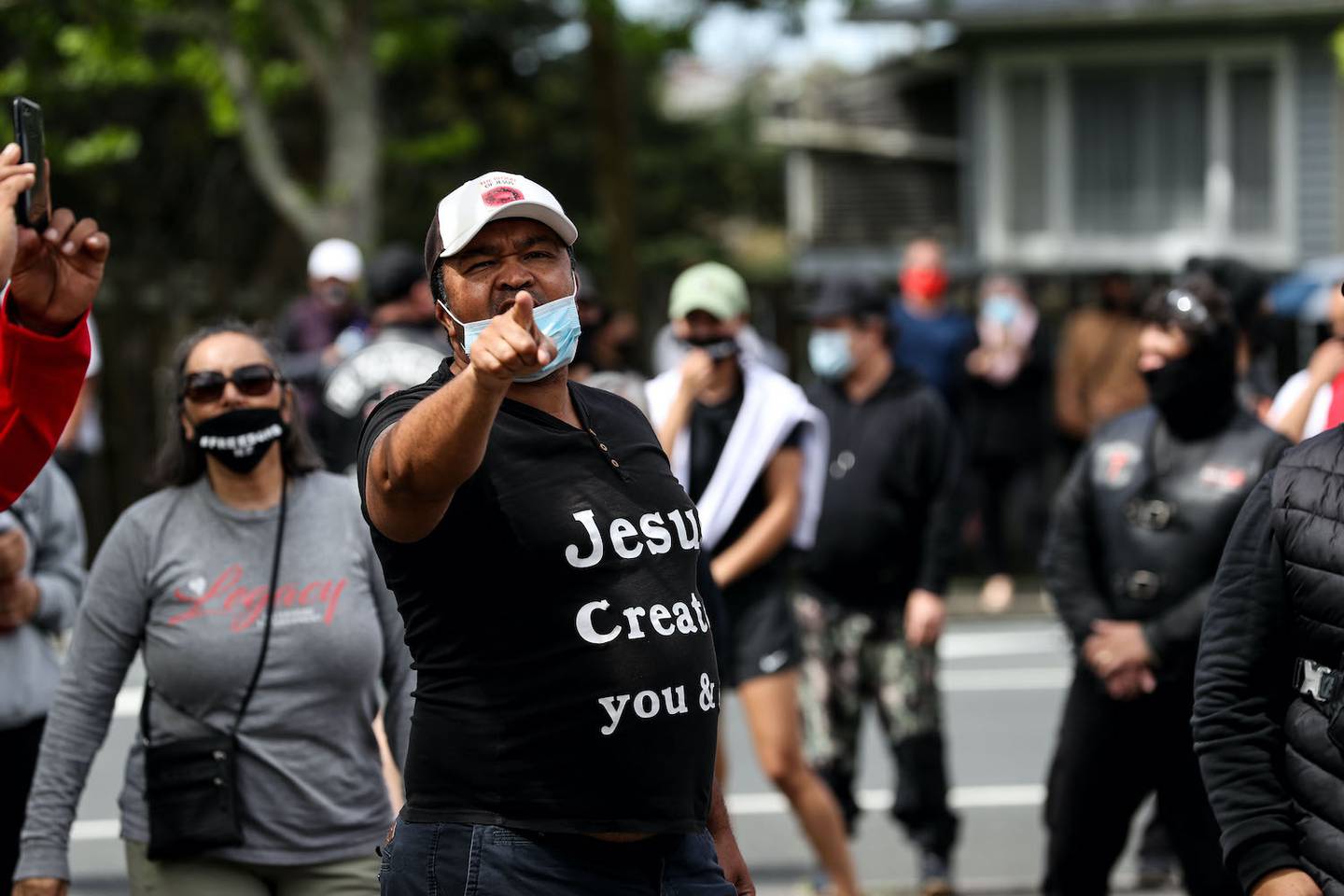 A crowd outside the Henderson police station in support of Brian Tamaki. Photo / Hayden Woodward

Tamaki was then put in a small cell where he waited for six hours until his court appearance and at one point told her even had to ask for a water.

As he lay in the dark cell, he pulled his mask over his eyes and imagined he was in his happy places, she said. 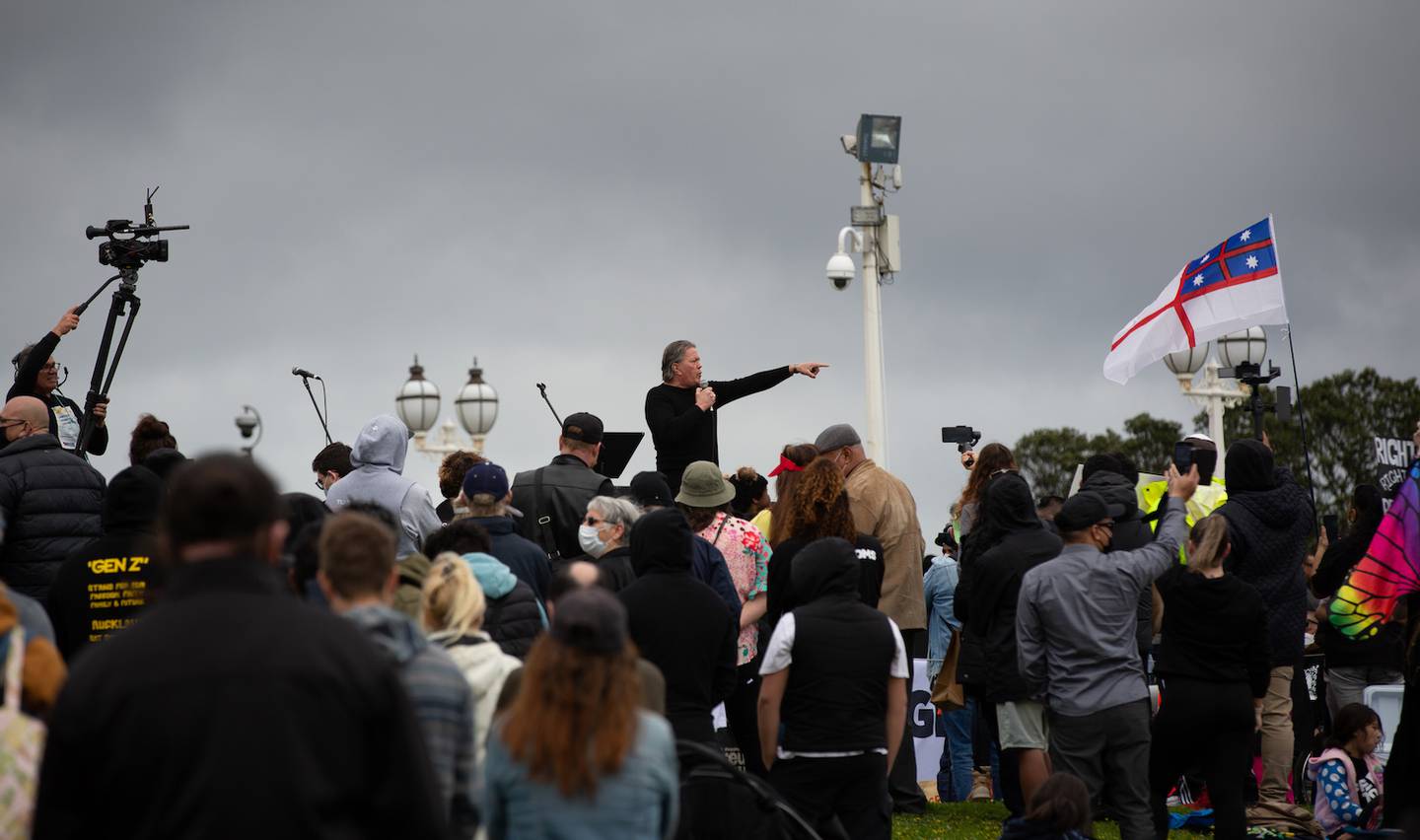 Tamaki took her latest video which she has named Hannah's Truthful Media on the way to drop biscuits off to their high-profile lawyer Ron Mansfield and his team.