Suggestions a Bay of Islands iwi will re-establish Covid border controls to block off the popular Northland tourist destination over summer is just that, says Te Tii (Waitangi) B3 Trust.

The leaked plans have stirred up mixed reactions from local leaders on both sides of the argument for or against the roadblocks.

In an email forwarded to the Advocate, Te Tii Waitangi ki Te Pēwhairangi informed Prime Minister Jacinda Ardern alongside police, Northland District Health Board, and local iwi groups of their discussions to re-establish last year's Covid border controls when the hard border with Auckland is lifted on December 15.

According to the email, the border would come into force at Oromahoe Rd south of Ōpua and stretch down to the Russell Ferry and Puketona in the north-east – ultimately severing visitor access to Ōpua, Waitangi, Russell, and Paihia.

Te Tii Waitangi ki Te Pēwhairangi border control have a video conference scheduled for this evening to discuss and finalise their Covid "delta-omicron control plan" for the upcoming year.

"At this point in time we cannot emphasise the need for as much support as you are able to provide to enable the protection of our whakapapa and our communities in these trying times..."

The email claimed Ngāti Rāhiri whānau had "fulfilled their obligations to our hapū" during last year's Covid outbreak without any additional resources except for PPE and one-on-one interaction from Tai Tokerau Border Control.

"We trust you can all agree that this cannot be allowed to be the case for 2021-2022 under obviously extenuating circumstances for ourselves and our public communities."

Te Tii (Waitangi) B3 Trust operations manager Whati Rameka said the Waitangi mana whenua did not support the roadblocks - which were not definite at this stage.

He said conversations were ongoing with the border control that would include discussions about how the area's economy would be impacted over the busy summer months.

Former New Zealand First MP and Bay of Islands resident Shane Jones (Te Aupōuri, Ngāti Kahu) waded into the discussion saying he would stand up to what was "attention-seeking" behaviour.

"When visitors are deterred from coming north and are fearful due to publicity stunts they don't bring their money to Doubtless Bay or Kaitaia, they go to other parts of New Zealand..."

Which Jones noted would be a harmful blow to the region's economy.

He criticised the Government and New Zealand Police for failing to defend the rights of businesses, employers, and investors when situations - such as the proposed border control - unfolded.

"What's the point of trying to save lives when you're destroying livelihoods," Jones said.

"These border stunts are simply about control...there will be inordinate unemployment and economic pain that is as equally negative as Covid."

His advice to the "hapū activists of Waitangi" was their "energy would be better spent" focused on vaccinating their whānau and "fixing the roof of their marae" rather than trying to "rain on everyone's summer".

"The Bay of Islands must welcome Aucklanders, it must welcome commerce, and it must not be intimidated by these border hooligans." 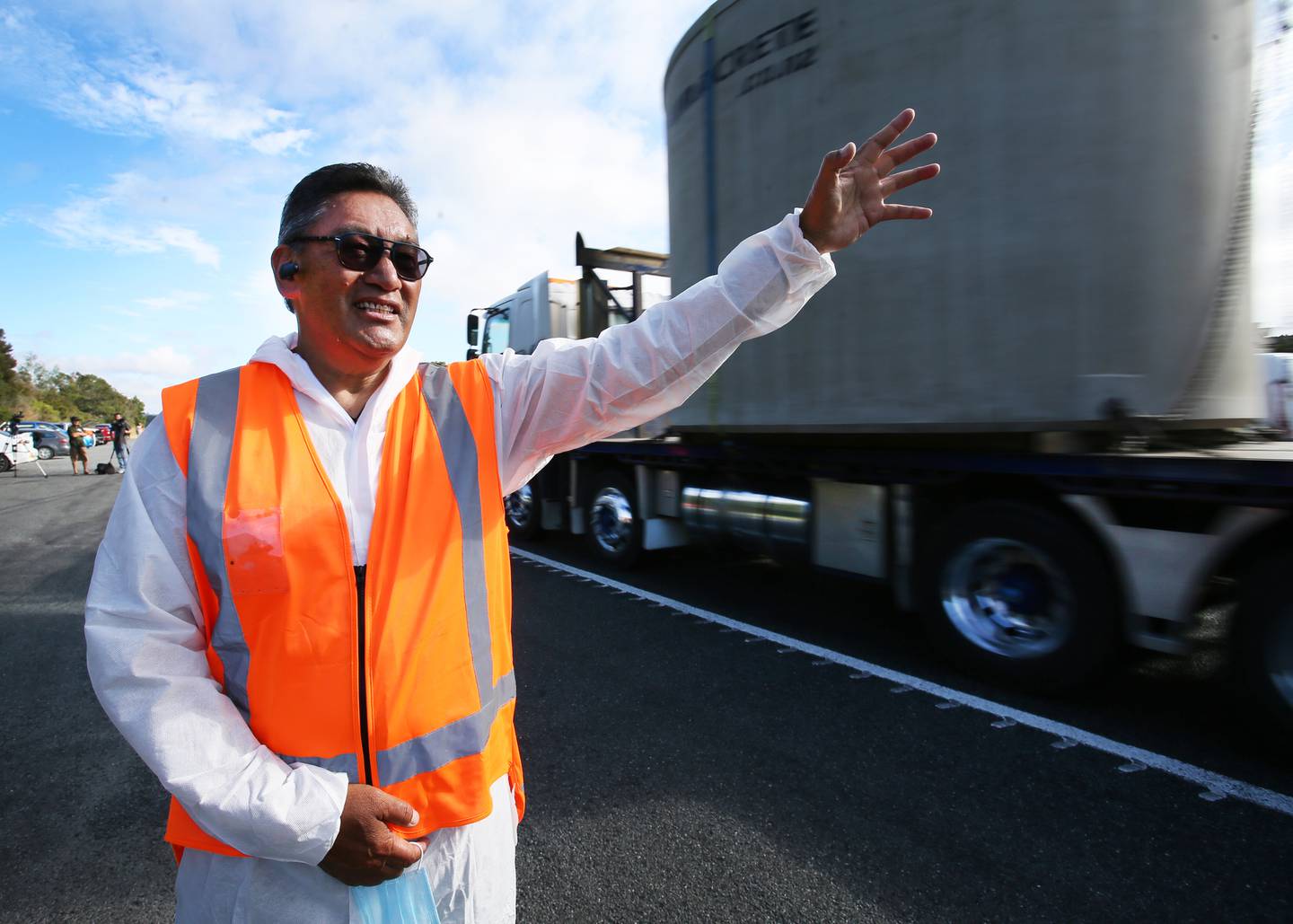 Tai Tokerau Border Control founder Hone Harawira says Northland whānau are scared of what the summer will bring as up to 80 thousand Aucklanders descend on the region. Photo / Michael Cunningham

"That situation is even worse in Tai Tokerau where Maori have alarmingly high rates of liver disease, kidney disease, heart disease, cancer, diabetes, and emphysema - all the conditions where Delta thrives," Harawira said.

"On top of that, we also have the lowest vaccination rate in the country. Now, this has nothing to do with pulling f****** stunts what I have just given you are the facts."

He said they'd asked for more time until 90 per cent of Northland Māori were fully vaccinated.

Currently, only 63 per cent of the 50,488 Māori eligible in Tai Tokerau had both doses of the vaccine.

Harawira said whānau were afraid of what the summer held as the promise of spot checks was unrealistic.

"The reality is opening the doors without any controls on the 15th of December means come January, February, and March we are going to be scrambling to try and keep people alive. Is that a publicity stunt? Hell no."