COVID LATEST:
* Level 3 with fries! 80 cars in queue for fast-food fix
* No jab, no entry policies brewing for Covid punters
* How to access the third wage subsidy round
* 'You hear them before you see them': Boy racers out in force during lockdown

Ashley Bloomfield admits he's lost sleep over the Auckland alert-level decision and says the country might not return to zero Covid cases - but he says that won't necessarily stop a return to level 1.

Aucklanders are this morning enjoying new freedoms as they sip takeaway coffee and munch bacon rolls and other takeaway food - but some view the city's overnight move to level 3 as a gamble that could end New Zealand's Covid elimination strategy.

Asked if there were any reservations about moving Auckland out of level 4, Bloomfield told the Breakfast show that these decisions were not always straightforward and that he had lost sleep.

The advice he gave to Cabinet was based on all the data and advice passed on to him by health officials and medical experts.

The advice was that it was safe and it was time for Auckland to move down to level 3.

Meanwhile, Countdown Māngere, at the Māngere Town Centre on Bader Drive, has been named as a location of interest after a person with the virus was there last Thursday, September 16, between 11am and 1pm.

Bloomfield told RNZ that the country wouldn't necessarily need zero cases to get to level 1.

"I don't think a level 1 scenario with Delta necessarily means a series of zero cases, because what we've got now, of course, is vaccination.

"We may not get back to zero, but the important thing is we're going to keep finding any infections and basically continue to contact trace, test, isolate people."

Bloomfield reiterated that more than 90 per cent of people would need to be vaccinated before officials could be confident of moving to level 1.

He said it was still very important for Māori and Pacific communities to get vaccination rates up.

The 90 per cent goal was not "overall", but for each community group.

Bloomfield also acknowledged that among younger Māori and Pasifika - aged in their 20s and 30s - the vaccination rate was lower.

He said some of that was to do with what appeared to be misinformation circulating on social media and within those communities.

Elimination of Covid was about not tolerating the virus and working hard to fight it, Bloomfield told TVNZ.

He compared the virus to a fire and now was about trying to find the last embers and stamping them out.

Workers head back to offices

As many as 300,000 workers are estimated to head back to work in the coming days, with restaurants, cafes and retail outlets opening for contactless sales and the construction industry ramping up.

Schools and kura in Tāmaki Makaurau are also reopening with strict conditions for children of essential workers - though few kids are expected to immediately return.

Meanwhile Bloomfield said today that there have been no new positive Covid test results in the upper Hauraki area.

He thanked the community for getting tested.

The only positive tests so far were in the one Kaiaua household where the bailed Black Power gang member returned to. Two of the students had attended Mangatangi School and a third contact had travelled into the Auckland region.

"There has clearly been interaction between households, which has led to these new cases," Bloomfield told the AM Show.

Alert level 3 was still very strict and he was confident the vast majority of Aucklanders would do what was required of them.

Bloomfield said he though the number of cases each day had been about 20, most had been household members and close contacts who were isolating.

He said people could also do their part by staying in their bubbles, wearing a mask, maintaining physical distancing and staying home if they are sick.

Covid-19 modeller Shaun Hendy told TVNZ today that the country could still eliminate the virus while in level 3.

"Definitely - it's going to require us to play our part."

Hendy said two weeks could just be enough for us to "wrap this cluster up".

The worst case scenario would be if the cluster continued to grow and developed into high numbers during level 3.

He warned that could lead to officials moving Auckland back up to level 4 again.

Hendy said seeing the number of unlinked cases starting to drop was a positive sign.

He said it was fantastic to see the high number of people turning out to get vaccinated.

Aucklanders will be relieved to step closer to a semblance of normality, but health teams are still battling instances of people with Covid breaking the rules and are investigating if undetected transmission has occurred either inside the city or in northern Hauraki. 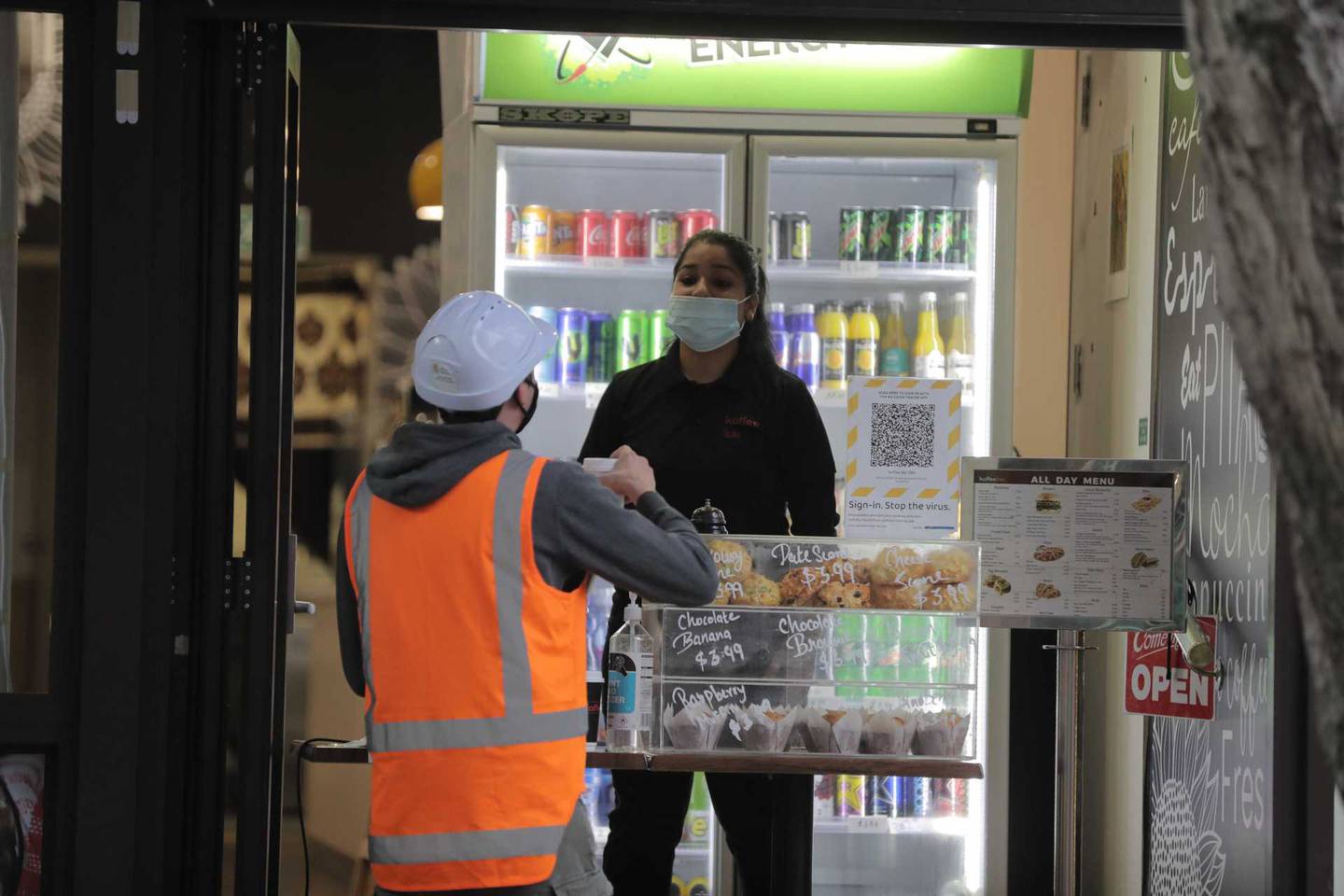 Prime Minister Jacinda Ardern says Auckland can still stamp out Covid but has stepped up calls for a team effort to get vaccinated.

She now wants 90 per cent of city residents to have had at least one vaccine dose before the next alert level announcement in two weeks.

"Every unvaccinated person is a risk," she said.

"It means that getting the vaccine yourself is not enough, you need to encourage and help others to do the same."

National leader Judith Collins said this morning that a 'no jab, no job' policy was a "bit too tough" and there was no other virus where people had to be vaccinated to stay in a job.

It was very important New Zealand didn't end up with two classes in this country. She said it was understandable if it was frontline workers because their chances of getting Covid was so much greater than anyone else, but there needed to be more advice given to other businesses.

Collins said National had been asking a lot about the plan about what a certain percentage of the population vaccinated would mean for people's freedoms and National was just finalising its own plan.

"The Government has had 18 months, millions of dollars and we expect they might want to share it with the rest of us. The worst thing really for people with the Covid-19 situation is the uncertainty of what's going to happen.

Collins urged the Government to release the health advice which also led them to making the decision to move Aucklandto level 3 despite there being more Covid cases in the community.

Collins said the PM got a bit "tetchy" in Parliament yesterday when Collins asked "impertinent questions" about things New Zealanders might like to know about such as where and what the plan is.

Asked about rumblings in the National Party, Collins told The AM Show she was doing fine and sometimes it was best not to watch the news and do something positive after host Ryan Bridge asked about her wellbeing.

"I went to the gym last night."

She said the leader of the opposition was always a relentless job, but she felt very supported in the caucus.

The move to level 3 is the first time part of the country has moved down the alert level scale while active cases of the highly infectious Delta variant are still being discovered in the community.

Some pundits fear health teams could lose control of the virus, leading to long lockdowns until enough people are vaccinated.

Fourteen new community cases were announced yesterday, with one of those yet to be linked back to a known cluster.

That meant 10 cases from the last fortnight remain unlinked, while nine of the new cases announced on Monday were infectious while in the community.

Then there is the recent spread of the virus outside Auckland.

That took place when a Black Power gang member became Covid-positive after being released on electronically monitored bail from Auckland's Mt Eden remand prison to his home north of Kaiaua on the Hauraki Plains.

The man shares the home with eight others.

One of the children had symptoms while at school last week, raising fears the virus could already be spreading outside the community into other parts of the country. 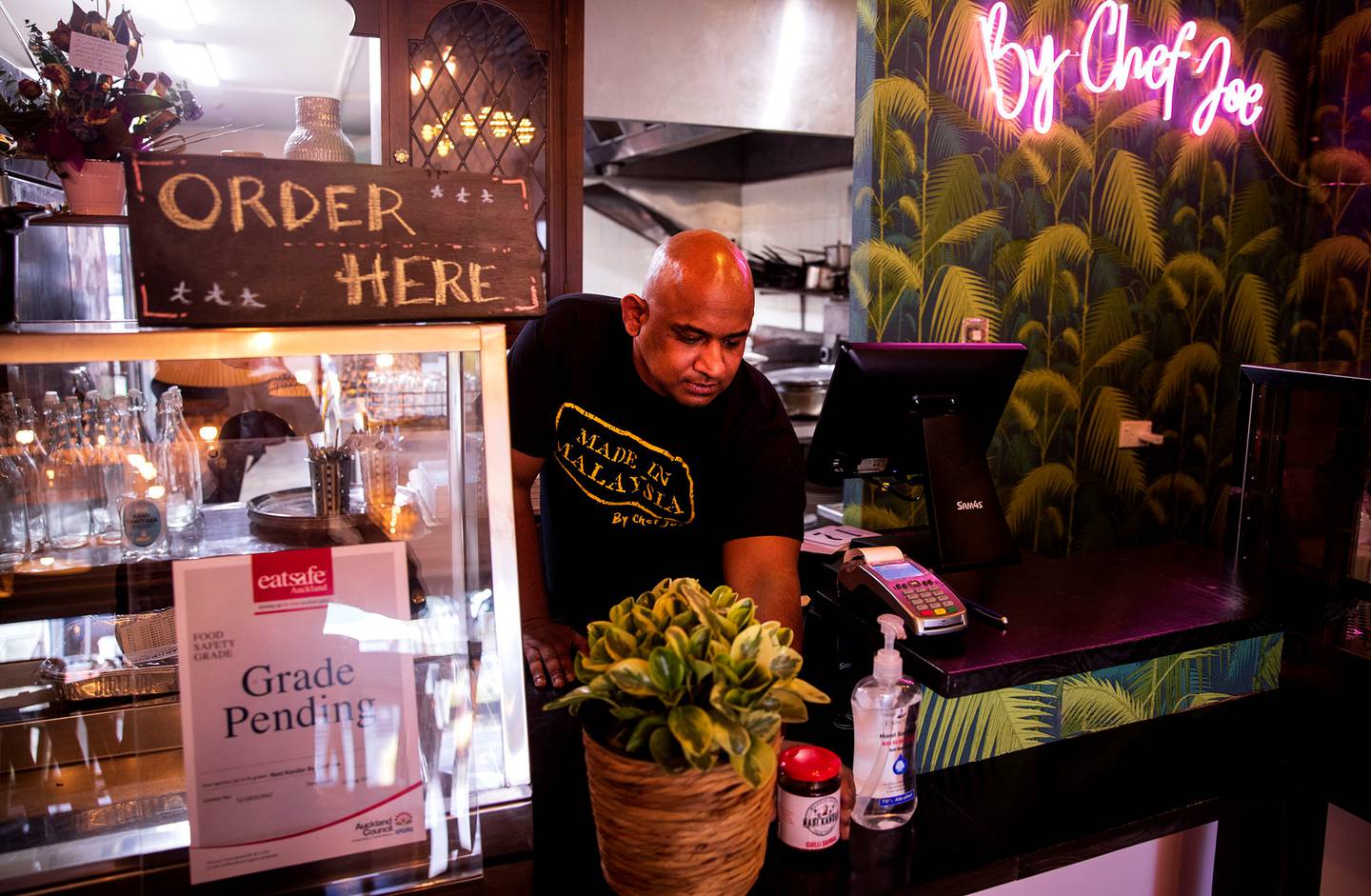 Health teams have attempted to ring fence any spread by putting the immediate area into a "bespoke level 4" lockdown.

But some have questioned whether localised lockdowns can work, following the uncontrolled spread of Delta in Australia.

Back in Auckland another scare took place at the North Shore Hospital last Thursday.

A man who tested positive for Covid-19 was found to have spent half an hour in the hospital and may have come into contact with up to 20 staff after sneaking in.

Waitemata District Health Board said he bypassed the hospital's screening processes and hid from security before running into a lift.

Ardern yesterday promised to get tougher on people breaking the rules.

She announced heavier fines for Covid infringements with the current $300 fine for individuals being increased to a maximum $4000.

She said the old fees did not properly reflect the significant social and economic harm that just one person with Covid-19 could cause when doing the wrong thing.

"Nor do they act as a sufficient incentive to play by the rules," she said.

However, many Aucklanders and business owners are today breathing a sigh of relief.

The lockdown, now in its 36th day, has come at tremendous cost for the team of 1.6 million in Tāmaki Makaurau.

Mayor Phil Goff earlier said the psychological and financial pressures had been growing on residents, with many people "on the edge".

He welcomed the move to level 3, allowing businesses to resume click-and-collect shopping, and Aucklanders to grab a takeaway meal at their favourite restaurant.