The country's largest university is favouring a move to have everyone on campus at all times vaccinated - from staff and students to visitors alike.

In an email sent to staff yesterday, Freshwater said: "Today's announcement on the proposed law change supports the university's preferred position on the issue of mandated vaccines.

"In my message of 18 October I advised that we were assessing the option of requiring staff, students and visitors to be fully vaccinated as a condition of coming onto our campuses or participating in face to face university-managed activities.

"Given the direction from the Government today, I can confirm that this is the approach the university intends to take."

A final decision will be made by the university's executive committee on Friday once additional feedback to that already given by staff and student representation groups alike is received, she said.

Freshwater described the matter as a "complex issue", but that the first priority throughout the pandemic has been to protect the health, safety and well-being of the university community. The University of Auckland favours staff, students and visitors on campus to be fully vaccinated. (Photo / Dean Purcell)

Feedback received last month had shown that the majority of university staff and students favoured that approach also, she said.

A staff Zoom meeting is scheduled this afternoon to discuss the situation further. Staff are also encouraged to email their thoughts through.

There were still details to work through, however, including taking into account those students or staff who were unable to get vaccinated for medical reasons.

Auckland University's stance on mandated vaccines comes as the Government is set to release more information about the length of managed isolation and quarantine and whether or not the Waikato region will move out of its current alert level.

Parts of the region, including Hamilton, have joined Auckland's alert level 3 status for the last few weeks after a number of community cases were identified there.

However, it is understood that information will now be announced either tomorrow or later in the week. 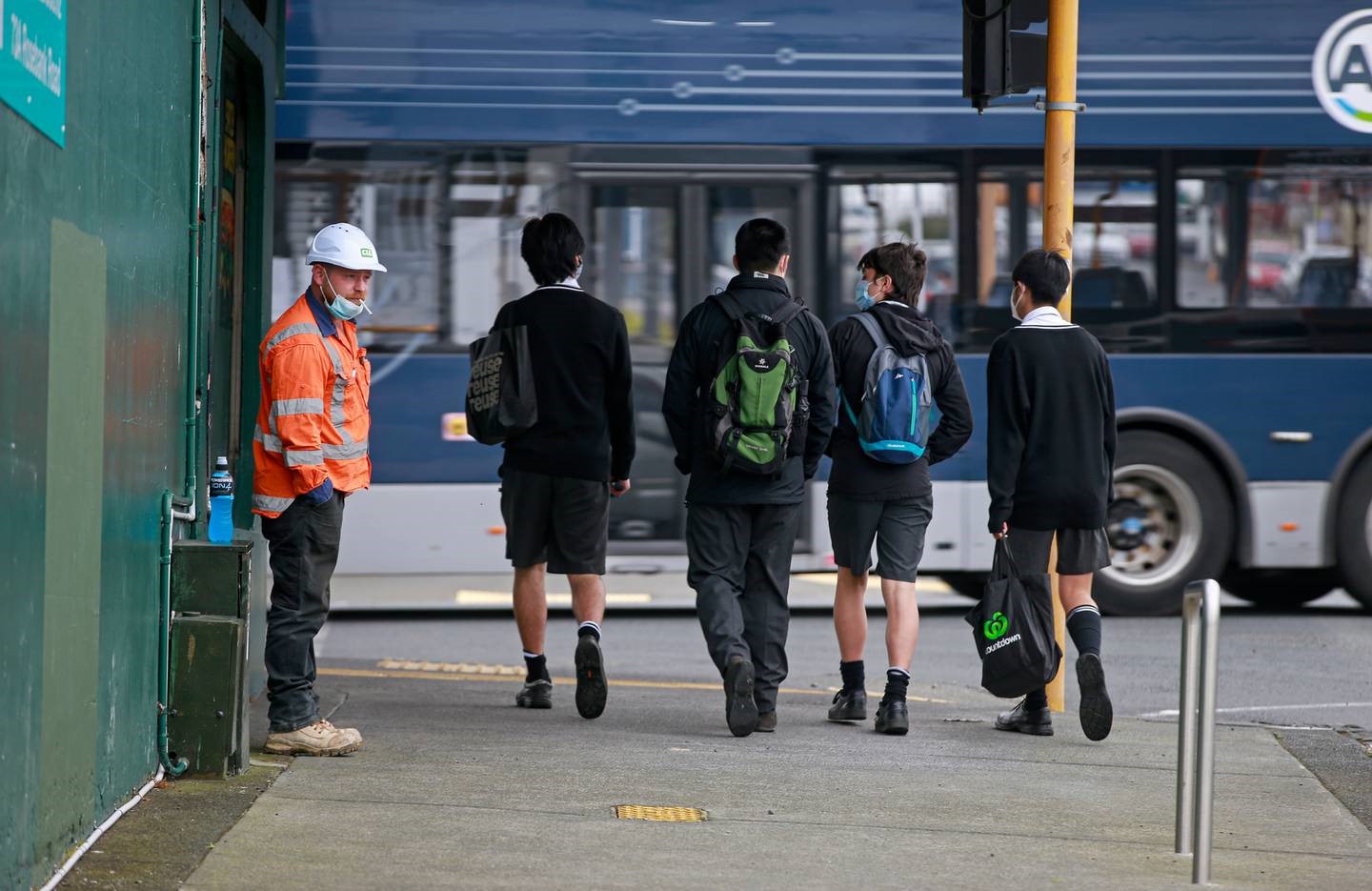 Senior students in Auckland are officially allowed back at school. (Photo / Alex Burton)

The MIQ announcement is likely to mean shorter stays in hotel quarantine facilities for some travellers returning to New Zealand - depending on which country or countries they have come from.

It is also expected to include information about being able to carry out managed isolation at home.

Today's announcement will also include information about students and schools in Auckland - namely whether or not children in years 1 to 10 will be allowed to return to the classroom.

It comes after senior students, in years 11, 12 and 13, were officially allowed back in Auckland schools yesterday.