An Auckland high school teacher is under fire for posting a video on social media on how to get around vaccine passport rules to enter pubs.

In a video obtained by the Herald, the South Auckland man films himself and an associate discussing how to flout the rules to enter numerous watering holes without a pass.

In the eight-minute video, the pair say they are educating the unvaccinated how to pull it off and film themselves in the act, detailing how they scoped out pubs and their plan to get inside.

The teacher and a friend, who also claim they are not vaccinated, say they are "no hazard" to anyone and the only thing they might transmit to someone through close contact is "some mana".

"We're looking at doing a bit of a missuk [mission]. We're trying to achieve getting into a bar without a left, right, left in my arm [Covid-19 vaccine]," the teacher says in the video.

"We don't have the left, right, left in our arm... Going to do a little mission. At the end of the day, we are healthy young lads.

The second person in the video then joins in, saying they will reveal the loopholes to other unvaccinated viewers.

"Basically whānau we're going to find all these loopholes. We're going to be the pioneers of finding all that s***."

Footage then cuts to the teacher and his associate arriving at a bar and scoping out the venue. They claim there were bouncers out the front.

The pair discussed the risk that bouncers would check vaccine passes and ID. They discuss telling security that they left their IDs at home.

The pair videoed themselves entering and drinking inside a pub, claiming they got in with no vaccine passports. Photo / Instagram

A third person from their group later walks up to the bar first and claims she was not asked for ID or proof of a vaccine certificate.

After alerting the teacher, the video then cuts to the two men having drinks inside the bar, indicating they also got in with no legitimate vaccine pass or ID checks.

After a few drinks, they left the bar and drove to another establishment.

Footage then shows them walking up to a second bar and getting in without being stopped.

Sitting at a table, the teacher turns to the camera, revealing they had successfully entered their second bar without a legitimate vaccine pass or ID.

"It's a free country, whānau. Do what you want to do. That's it. Simple as that."

He then chants to the camera, "what do we want? Freedom! When do we want it? Now!"

Earlier in the video, the teacher states they aren't encouraging people to flout the rules to offend anyone but instead had a message for those who think they are in the wrong.

"For all the Karens out there. If you're a Karen and you're like, 'oh you shouldn't be going in there because you're unvaccinated' and all of this stuff, guess what? We're clear of it all!

"You probably got it more than me. So don't you worry about that." 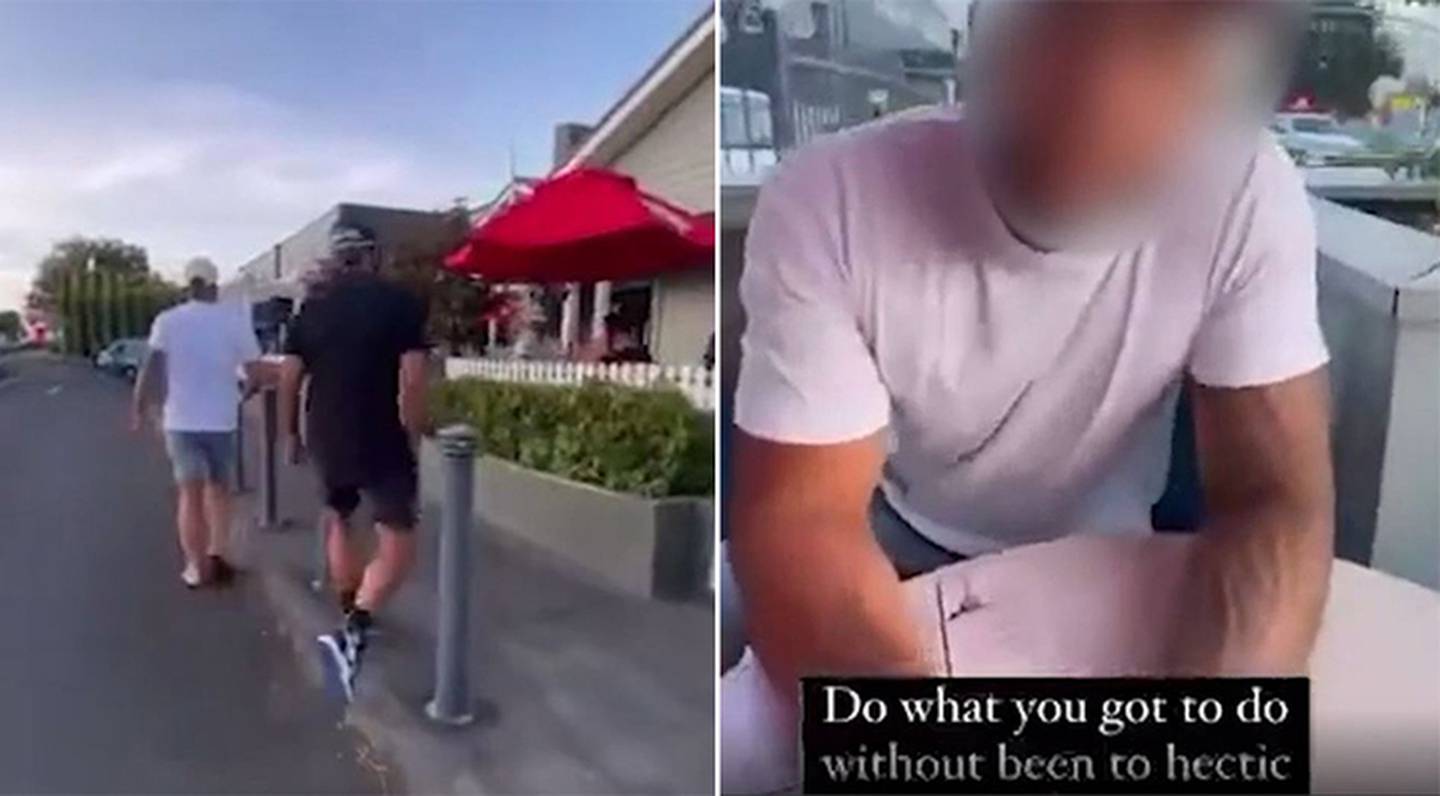 The pair videoed themselves entering and drinking inside a pub, claiming they got in with no vaccine passports. Photo / Instagram

The principal of the school where the teacher works said he was not aware of the video until he was contacted by the Herald but stressed it did not condone the actions of the employee.

He also confirmed the staff member in the video would not be working at the school in 2022.

"[Our school] does not condone any actions that put public safety at risk and breach Public Health Orders.

"While we don't comment on personnel matters, I can confirm that the staff member concerned will not be returning next year."

When approached by the Herald, the teacher said he had no comment to make on the matter.

The man is one of several teachers who were stood down with full pay by the school in November for not having their first Covid-19 vaccine.

At the time, the principal said no staff members were losing their jobs - stating the school decided to let them work from home and kept paying them until the end of the year.

Under the new traffic light system, that came into effect on December 3, vaccine passports are needed to access pubs and restaurants if they want to stay open for dine-in customers, with a limit of 100 people.

When Auckland moves to orange on December 30, the use of vaccine passports means there are no limits on hospitality numbers.

In green, the use of vaccine passports would see no limits on hospitality, businesses, weddings, places of worship, events and gyms.

However, if establishments aren't using vaccine passports they'll be limited to just 100 people.