A Bluff pub is in the firing line after placing a sign in its window comparing the Covid-19 response to Nazi Germany.

The sign, which is meant to explain to customers that it is mandatory to sign in using the Covid-19 tracer app, makes reference to Nazis Adolf Hitler, Joseph Goebbels and Operation Reinhard, a German plan to exterminate Jews.

In a photo taken over the weekend, the sign faces out the window and labels Jacinda Ardern "Hitler" and Dr Ashley Bloomfield "Dr Ashley Goebbels".

"Welcome to The Eagle, Your friendly Resistance Head Quarters," it says at the top of the sign.

"Ms Jacinda Hitler and Dr Ashley Goebbels have decreed that it is MANDATORY for you to record your visit.

"If you don't have Big Brother app please use the Ballot Box to sign in."

In smaller wording, the sign then goes on to mention Covid-19 passports, and compare the Covid-19 Public Health Response Act issued by Dr Bloomfield to Operation Reinhard.

"The Government will send you, your credit score along with your Covid passport shortly.

"Brought to you by Section 11 of the Covid-19 Public Health Response Act 2020 - aka Operation Reinhard (The Final Solution)."

Underneath the sign the establishment wrote "Pfizer 1 - Delta 0" on a chalkboard.

The sign has caused hurt in the Jewish community who were victims of the Nazi Germany regime. The fine print of the sign which compares the public health response to the Nazi's Operation Reinhard (The Final Solution) where 6 million Jews were killed. Photo / Twitter

New Zealand Jewish Council spokeswoman Juliet Moses told the Herald they are seeing more and more comparisons between Covid-19 and the Holocaust and says it is a "gross trivialisation of the suffering" caused.

"I feel a combination of disgust, concern and exhaustion, because we are seeing these sorts of comparisons more regularly.

"Our community still has Holocaust survivors, as well as many descendants of survivors and victims.

"The comparison - and especially the reference to the 'Final Solution' - is certainly hurtful and disturbing.

"Even outlining why the comparison is absurd and offensive risks giving it credence it doesn't warrant. But it's important to note that the Nazi regime and the Holocaust it engineered saw the industrialised genocide of six million Jews - that is, the 'Final Solution'.

"Any comparison between the Government's response to the pandemic and the Nazi regime is a gross trivialisation of the suffering and loss of life that occurred under the Nazis. It is what the Holocaust scholar Professor Deborah Lipstadt terms 'soft core Holocaust denial'."

Moses added that those who oppose Government responses often invoke antisemitic conspiracy theories in doing so, including Holocaust trivialisation in relation to the pandemic.

She suggested those making the comparisons should "get better educated about what occurred" and "if they want to criticise the Government's Covid-19 response, they should do so without invoking the Nazi regime or the Holocaust". 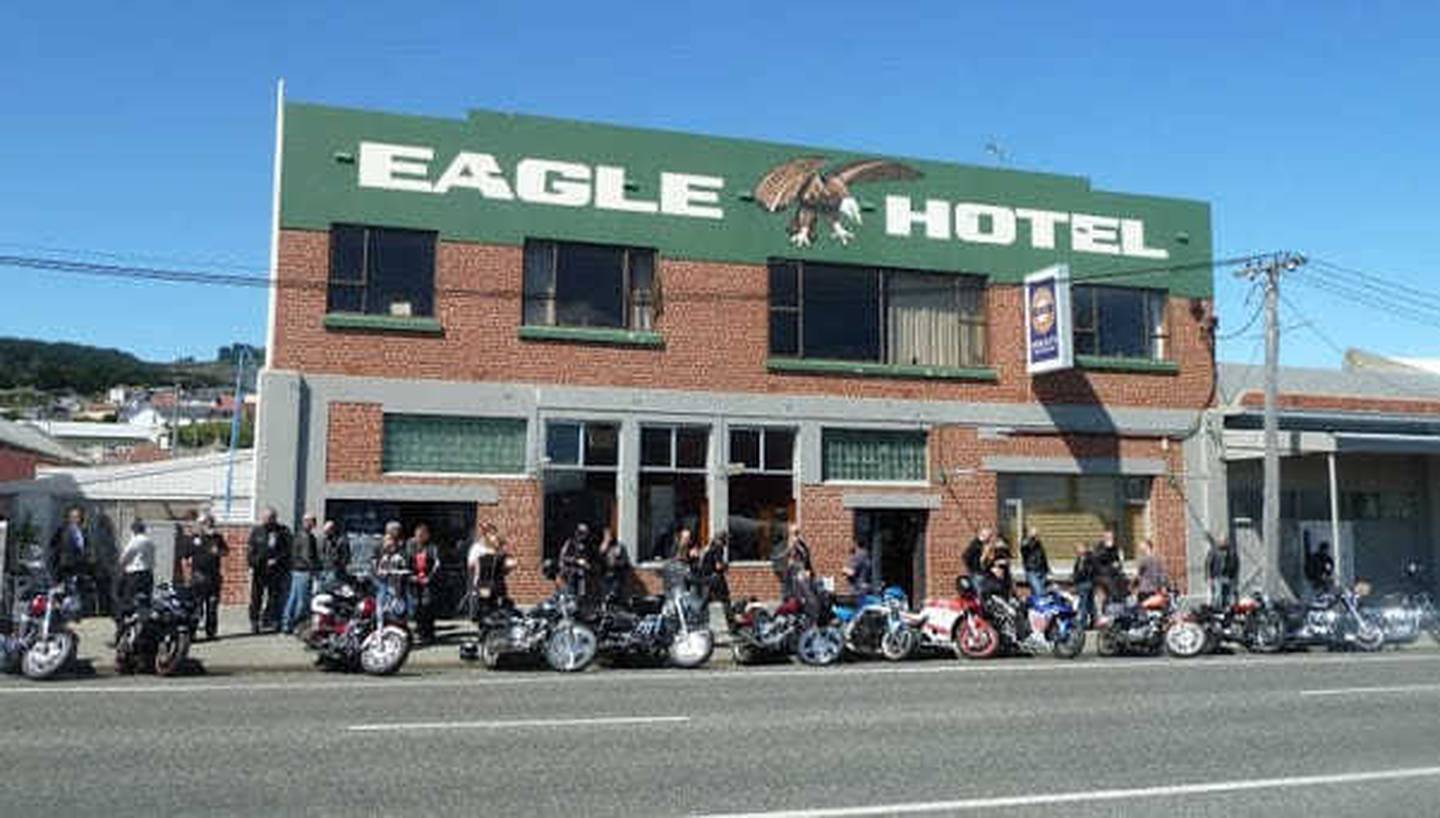 The messaging has sparked backlash on social media with a number of people calling the pub's decision to promote the sign as "disgusting".

"If you had an even basic level understanding of history you would know this is not funny and deeply offensive #ignorance101," one person wrote.

Another said: "This is really off. Not even funny. As an Aucklander in their 5th lockdown and a westie whose got friends affected by floods and stabbings I find this offensive. Not a dollar from my whanau goes to the Eagle you sick b*****ds."

Others weighed in calling the sign "embarrassing", "disgusting" and said it's "a place to avoid".

Bluff is currently under alert level 3 restrictions where pubs and restaurants are still closed for dining in but can open and provide contactless takeaway options.