Hamilton mum Karina Haira thought she could beat Covid-19 when she first caught the virus.

"I just thought, I can beat this. It's just the flu," said 37-year-old Haira, an active asthmatic who played a lot of sport. She has never smoked and doesn't take drugs.

Six days after her Covid swab came back positive in November, Haira's condition suddenly deteriorated. Her initial chills and body aches developed into a high fever; she was bedridden and couldn't breathe.

She went to hospital and the days became a blur. She heard chatter about going into the intensive care unit but really had no idea what was going on. Her lungs had collapsed, she was told.

"That's when I realised oh shoot, this is real," she said.

Haira has now turned a corner and spoke to the Herald from hospital on day 20 of her Covid infection.

She had fought for her life in ICU for about four or five days, when she nearly had to be put into an induced coma because her lungs were failing. Her fever was 39C and the doctors just could not bring it down, she recalled.

"I'm a pretty strong woman ... when I put my mind to things, I get it done. But this time round I was scared, really scared. Oh my gosh I don't know if I can fight this," said the mother of five who works in traffic management.

The hardest part was not being able to see and touch her children. "I had a meeting with my children and family on video call, and the pain I saw in their hearts, we were all crying.

"Last week I was running around playing touch, and this week we were even making funeral plans.

"As dramatic as that sounds, that's pretty much something the doctor had mentioned I might want to put into place."

"You know she does all these pop-up vaccine places? She was just asking hey you should go live, so people can see an actual somebody that is actually going through it, and understand the importance of it?"

Haira did, and that was the start of a series of "lives" that would track her battle with Covid-19 as her condition deteriorated, getting likes, comments and shares from hundreds of people.

"Bro, this is not just the flu," Haira said in a video post taken on day 14 of her illness, panting despite having a tube on her nose that is helping her breathe.

"If I take this out right now, I can't breathe, at all ... It's like my lung disappeared." 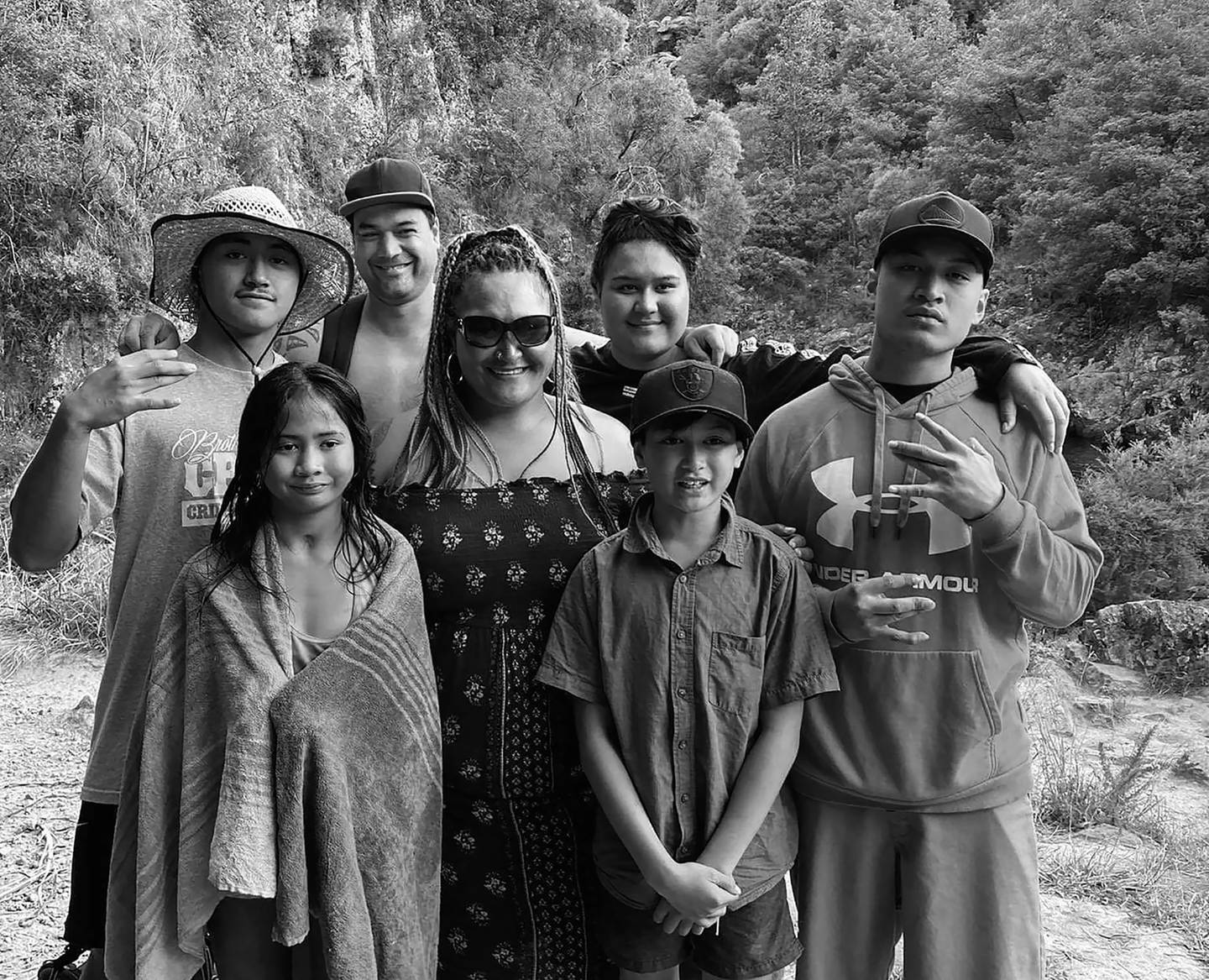 Karina Haira (centre) with her husband Rodney (back) and five children earlier this year before she contracted the coronavirus. Photo / Supplied

On day 20, the doctors finally took off her oxygen mask. She says she is feeling a six out of 10.

"I can actually inhale quite deep without it hurting and feeling like I'm being cut in my throat or cut in my lungs," she said. "Just walking around my room, I get a little bit tired."

Her husband and two of her children, both teenagers, were also infected but did not develop severe symptoms. They are now recovering in home isolation.

She plans to get the whole family vaccinated as soon as possible. The doctors have advised her to wait at least four weeks after she is fully recovered to get the jab.

Haira is not anti-vax, she says. Her mother had vaccinated them as children so the vaccine wasn't an issue. She wasn't vaccinated but had been asking her GP about it. She was what she called "anti-Covid".

"I didn't believe it was real.

"I know there was proof in the media, but I just didn't know anybody personally that had it, that could say to me, yup Covid's real, this is what happened."

She decided to be that person with her Facebook "lives", hoping it would reach someone, anyone who was listening. She was a bit of a social butterfly on the outside but was really quite private, she says.

"Once I ended up in hospital that's when I thought, I'm that person that used to say Covid's a lie. I'm going to post this, and I went from there."

Her social media feed is inundated with messages and comments responding to her Covid story and she is feeling quite overwhelmed, she says. Out of ICU but still in hospital, she plans to hit the beach with her children once she is well.