Aucklanders will today find out what vaccination targets need to be reached before they will have a reprieve from lockdown, and what needs to happen before they can leave a city where daily case numbers just hit triple figures.

But there is unlikely to be any Freedom Day, as the Government feels it's too risky to set a date that could arrive while communities are still too exposed because they're not vaccinated enough.

It follows 102 cases yesterday, the highest daily number in New Zealand so far, as well as 46 people in hospital, the most in this outbreak.

At 10am, Prime Minister Jacinda Ardern will introduce the traffic light system, the targets that need to be met before it starts to be used, and whether it can be applied to only parts of the country.

A target of at least 90 per cent of the eligible population to be fully vaccinated is expected, alongside other targets to minimise the chances of the virus ripping through any large pockets of unvaccinated communities.

The national target may also be lower given that there is a 5 percentage point differential expected between first and second dose coverage, and Ardern has said she will look at what's happened overseas; Denmark, for example, lifted all domestic restrictions once 80 per cent of the eligible population was fully vaccinated.

Ardern is also likely to manage expectations by saying the transition out of lockdown could still be weeks away, and will depend on several factors, including what happens to the 150,000-odd eligible Aucklanders who are still yet to get a single dose.

One of the key questions will be whether two parts of the country could be under different frameworks.

As Auckland remains in level 3, Dunedin might be an early contender for the new system because there are no cases, and no MIQ facilities where the virus could leak from, while first-dose coverage of the eligible population is already at 91 per cent.

Different rules for the vaccinated and the unvaccinated will also accompany each of the traffic light levels, and will likely play a role in who will be able to travel out of Auckland.

Ardern has already foreshadowed more freedoms for the vaccinated by previously introducing the vaccine passport, which will allow festivals this summer - but only for the fully vaccinated.

But it was heavily criticised by public health experts who called it not fit for purpose, and the national iwi chairs forum, which said it had "serious equity issues".

Concerns remain about vaccination coverage of young Māori, which is significantly lower than any other demographic.

Associate Health Minister Peeni Henare said this was in part because Māori health providers had not been well supported by DHBs, prompting director general of health Dr Ashley Bloomfield to phone the heads of the Taranaki and Tairāwhiti DHBs this week.

Henare will outline today what the plan is to supercharge Māori vaccination rates.

The Government will also reveal an economic package to help Auckland businesses that will have been in lockdown for at least 11 weeks. 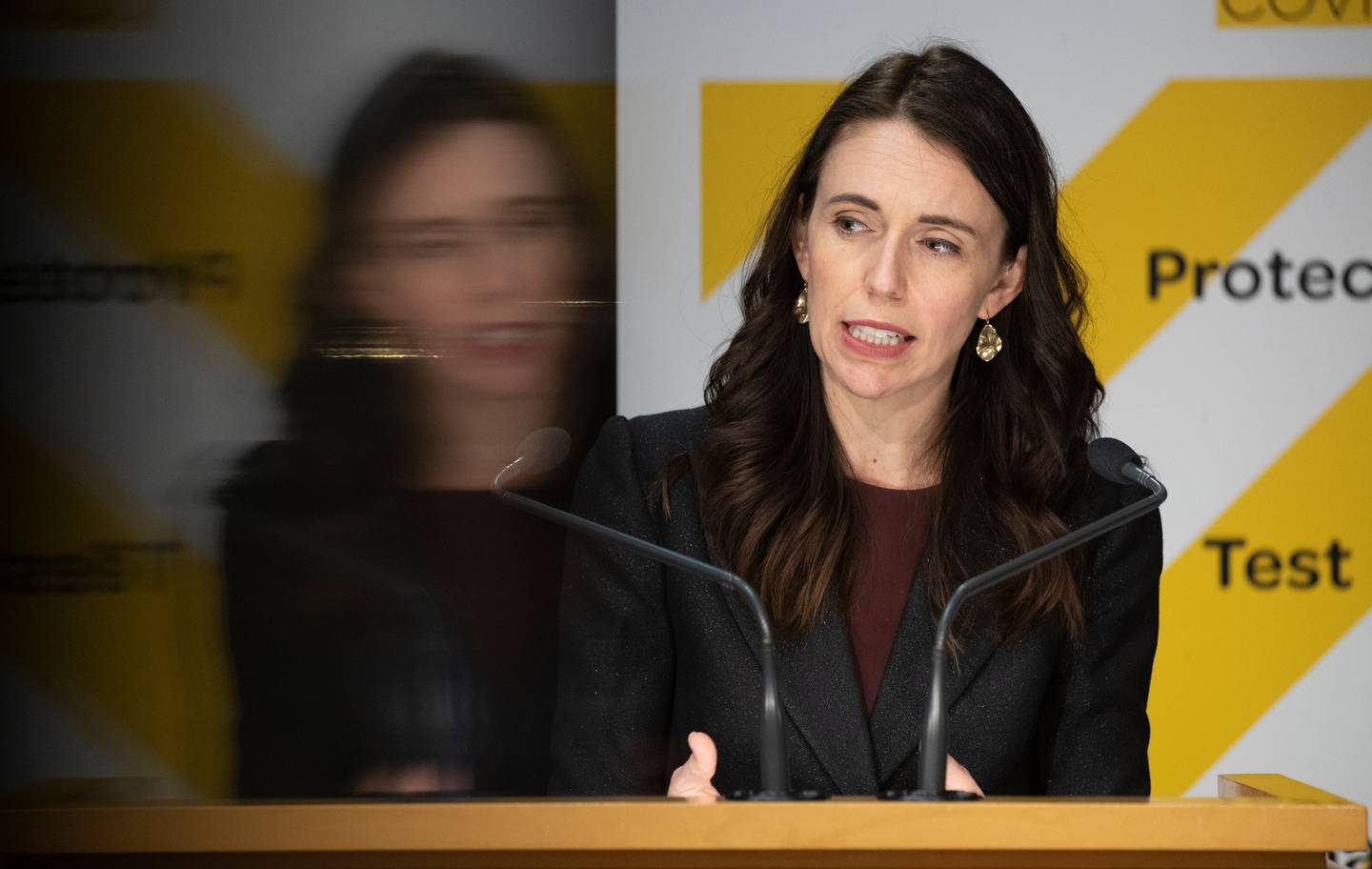 Prime Minister Jacinda Ardern will unveil what a highly vaccinated New Zealand might look like today, along with the vaccination targets that need to be met to get there. (Photo / Mark Mitchell)

Of the 102 cases yesterday, eight were in the Te Awamutu area, including a person who travelled legitimately from there to Napier and back last week, and who later tested positive.

The person's close contacts have tested negative, and no cases have popped up in Hawke's Bay - but Bloomfield asked for more testing in Te Awamutu.

Level 3 in Waikato has been extended until at least the end of Wednesday next week.

"We do need to get used to the fact that case numbers are going to continue to go up."

But he said vaccination was already making a difference in the proportion of cases needing hospital care; the fully immunised only make up 1.6 per cent of the cases in hospital.

The modelling he had seen suggested Auckland was near a point where vaccination rates could push the R value down to 1.

"The next week will tell us whether we're in a zone where we'll flatten out at about 200 [daily cases], or whether we still have an R value of 1.3, in which case numbers will continue to grow," Hipkins said.

With 200 cases a day, the health system shouldn't become overwhelmed in the "short-term", which he said might be long enough for Auckland to move to the traffic light system.

"But one of the big unknowns is how long this [outbreak] stays in Auckland for. When does this become a national problem rather than an Auckland problem?

"But certainly in Auckland, we're going to hit 90 per cent [coverage for one dose] in the next sort of 48 hours."

Epidemiologist Professor Michael Baker said he expected to see at least 90 per cent of eligible Aucklanders fully vaccinated before the lockdown in Auckland could be eased.

"And I'd want to see Māori and Pacific vaccination rates close to that. I don't think we're going to get there quickly."

Baker said it was important for Ardern to articulate not just the new framework, but also the strategy.

"Is it tight suppression, where you might actually keep the virus out of schools, or hospitals and aged-care facilities, and with minimal circulation of the virus?

"Or are we going to have endemic infection? What's the endpoint?"

He also wanted to see lockdown-equivalent restrictions in the new framework.

"For instance, next winter, we might have a terrible flu season and maybe more intense Covid-19 transmission. We want to make sure there's something in this new traffic light system that can cope with that." 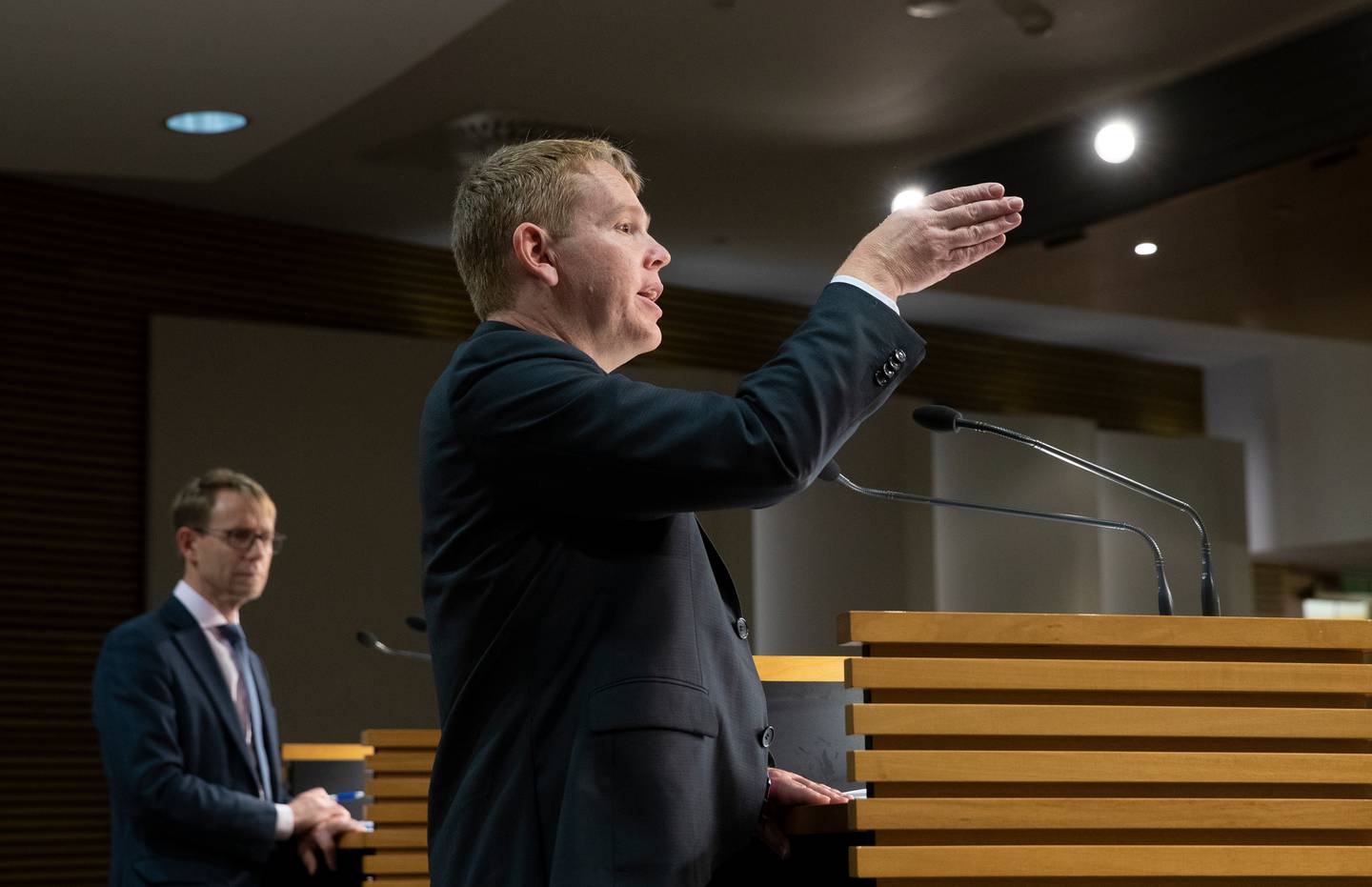 Higher case numbers have public health experts nervous about the virus leaking out of Auckland, and whether the measures at the level 3 boundaries are strong enough to minimise the chances of that.

Those measures can be bolstered by making vaccination mandatory to cross the boundary, requiring a negative test (at the moment just having been tested is enough) would help, and more wastewater testing around the country.

"There's huge value in being able to sustain elimination outside Auckland. We've got to look at the boundary around Auckland, and at rapid detection around the country," Baker said.

Hipkins said options to strengthen the boundary were still being considered, including the rapid antigen testing National and Act have long been calling for.

"Even if it's 20 per cent less reliable, the fact you're doing it very close to when you're crossing the border actually helps," Hipkins said.

"The odds of you getting a negative rapid antigen test are lower if you're asymptomatic, but you're more likely to be spreading it if you're symptomatic."

He said it was also about using PCR tests where they would be more useful.

"You want to keep them for the ones where you might want to genome-sequence, or for diagnostic purposes."