Twelve weeks ago Rachel Jordan lay broken and fighting for her life in a hospital bed after surviving a horror helicopter crash in Mid Canterbury.

She sustained significant injuries to her spine, ribs, sternum, arms, feet and lungs.

She was told she might never walk again, that it might be months until the extent of any paralysis was known.

But this week the Northland mum took her first steps - and is determined to return home to her family next week on a walking frame rather than a wheelchair. 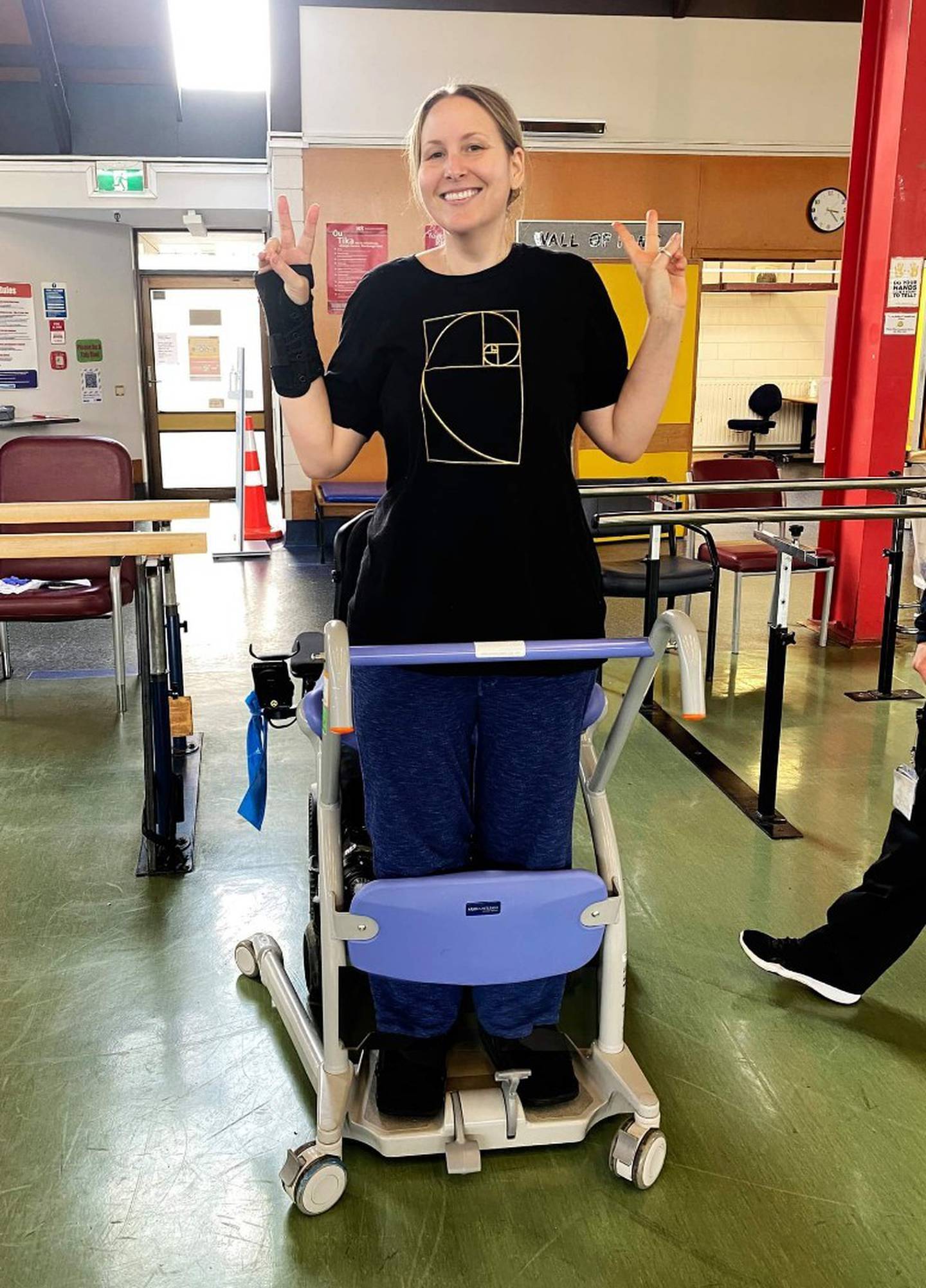 She spoke to senior journalist Anna Leask about her recovery and how the national lockdown affected her and others stuck in hospitals across New Zealand.

It was a combination of pilot skill and absolute miracle they survived.

Jordan was in the front alongside pilot Lynda Harrap, and newlywed couple Fay El Hanafy and Mahdi Zougub were in the back.

They had just exchanged vows at the picturesque Terrace Downs Resort near Methven, about an hour out of Christchurch city.

The passengers were all a bit nervous, but also excited to get to the spectacular backdrop of the Southern Alps for their wedding photoshoot.

Just minutes after take-off the magic of the day turned to terror as the engine stopped dead in the Robinson R44 helicopter and it plunged to the ground.

All four on board were badly injured, their spines and legs bearing much of the brunt of the impact. 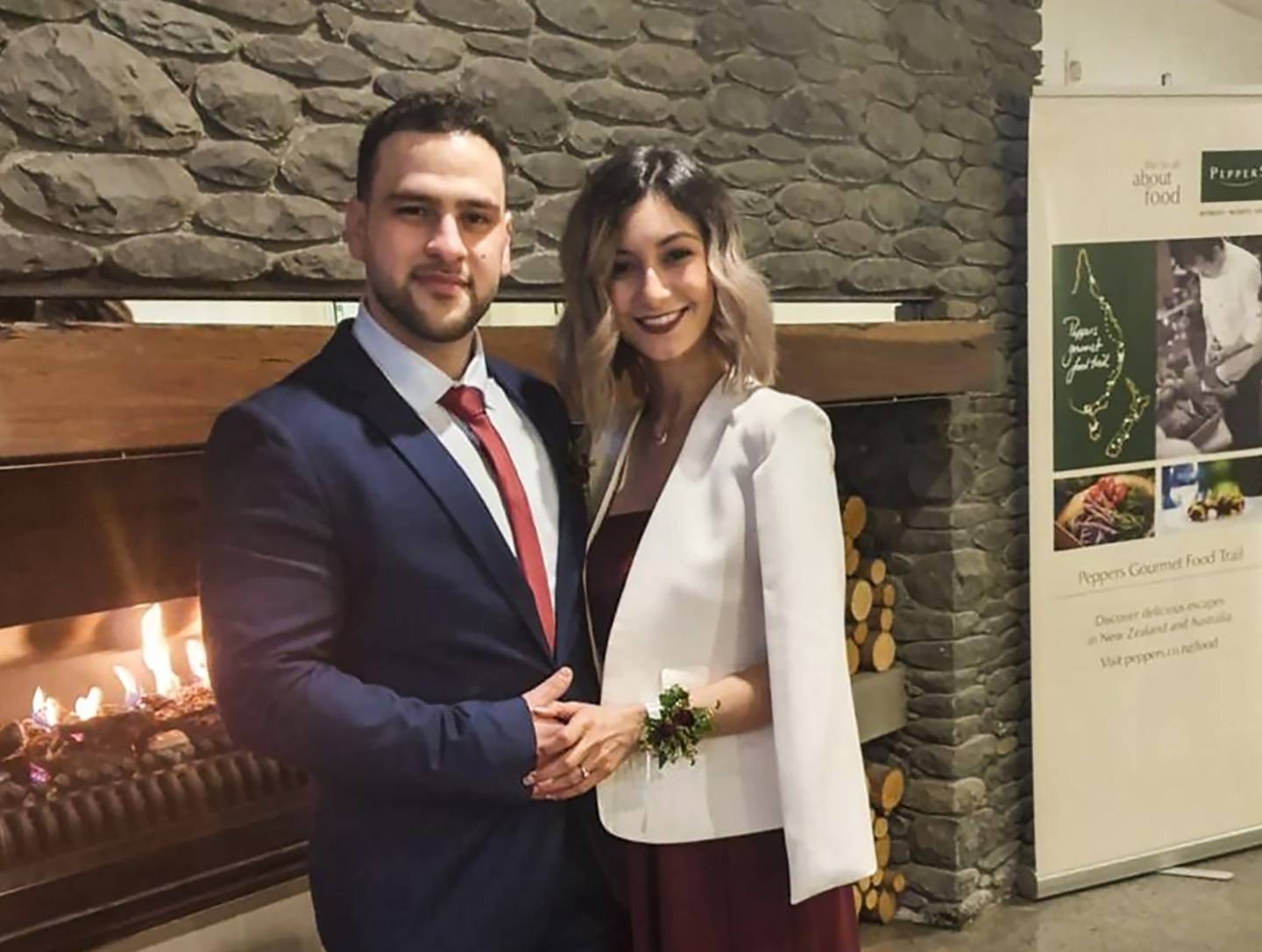 Mahdi Zougub and Fay El Hanafy were injured in the crash just minutes after their wedding at Terrace Downs Resort in Mid Canterbury. Photo / Supplied

It has been a tremendously hard three months for Jordan since the crash on June 12.

She spent weeks in Christchurch Hospital before being transferred to Middlemore Hospital in Auckland.

It was closer to her home and easier for her husband Eric and son Evan to visit.

After a stint there she moved to a spinal rehabilitation unit and there, she has worked hard - inexplicably so - to get back on her feet.

"I was supposed to be going home today," she told the Herald on Sunday on Friday morning.

"But I decided to stay an extra week… I just started walking two days ago, which is epic.

"So I decided to stay so I practise more and go home on the walking frame instead of a wheelchair… I am going home walking."

It's likely Jordan will use both when she is discharged, and she has many months of rehab to go, but getting home is a huge milestone for the US-born photographer.

Since the crash she has had varying degrees of paralysis in her legs but said she has always had feeling in parts.

When she got to the rehab facility she realised the back of her legs and buttocks were still paralysed and she had no idea if that was permanent.

"I was practising standing for three weeks," she said.

"I was just working on leg movements, my legs didn't want to move.

"The eventually one leg moved and the other didn't want to… but then two days ago I just started walking holding onto the bars.

The moment was bittersweet though; because of the level 4 lockdown, Jordan's family and friends have not been allowed into the facility.

Her friend had planned to film her first steps but that couldn't happen. 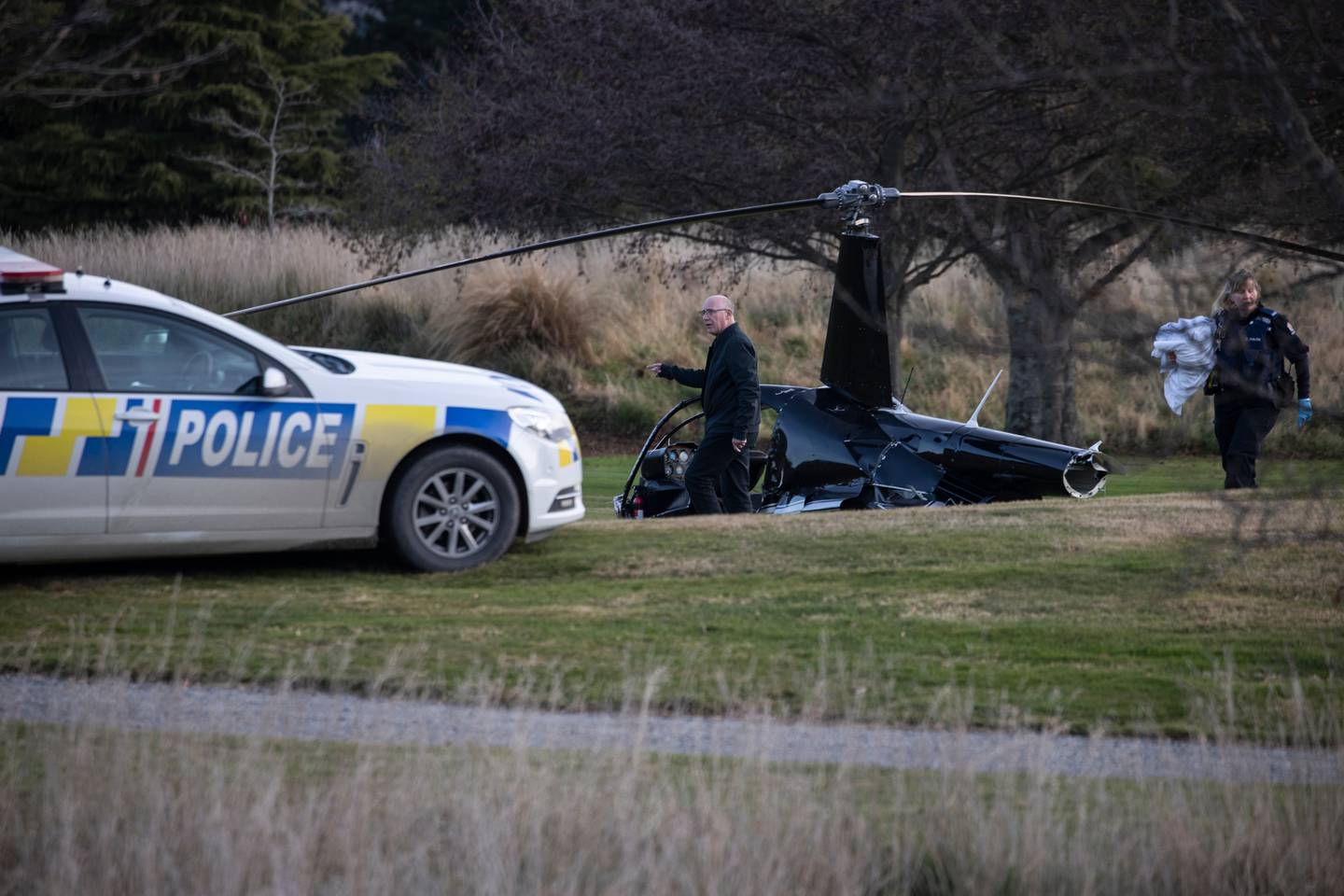 Police at the scene soon after the crash. Photo / George Heard

Jordan is overjoyed anyway and cannot wait for people to see how far she has come.

"It's been weeks now since I have seen my family and friends," she said.

"It's not easy when you can't have visitors… my husband and son were coming down [from their Northland home] every weekend.

"It's really hard on children when they can't see a parent… when my son calls me he just cries."

But in a week Jordan hopes to be back in her home with her family and her beloved garden.

She's desperate to check on her garden and if she can't navigate it on her walker she'll get wheeled around to check on everything she has been missing.

She also intends on working - she has people keen to book photo shoots and things to edit and finish from before the crash.

Mainly she will just be happy for some normalcy.

"In rehab, the biggest part is the mental side," she said.

"Being around friends and family helps to bring your mood up. When you don't have that connection, it's not easy."

She reckons she has another three months of hard slog with rehab work before she is really back on her feet, but she's ready for that.

For Jordan, that work is going to be easier than when she had no idea what her body would ever be capable of.

"For a while I didn't know what was going on, my legs and hips were paralysed and that stops your legs moving forward when you walk," she explained.

"It was a waiting game to see if the muscles would stay paralysed and nobody could tell me anything.

"For me, the worst part was that I like to have goals but nobody could tell me if I was going to walk again… do anything again.

"Literally, no one knew." 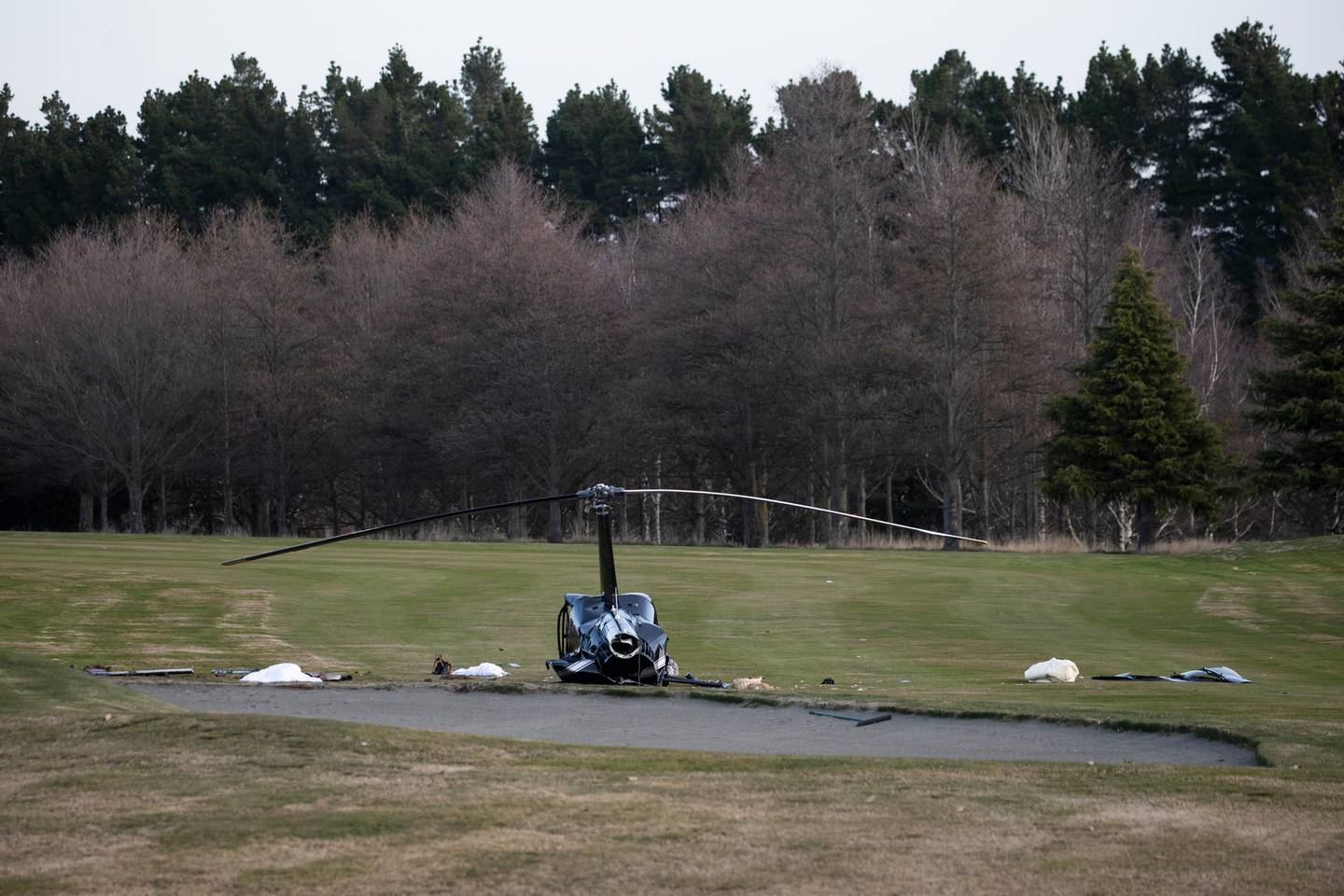 The wreckage of the Robinson R44 helicopter at the scene. Photo / George Heard

Jordan said she was "stoked" with her outcome and knew how lucky she was and how the crash could have turned out.

She said the newlyweds were also back walking and had been discharged from hospital. They too had a lot of rehab to undergo but were positive about their future.

The couple and Jordan were already planning a redo of the wedding shoot.

They were determined to get to the mountains as soon as they were well and could travel.

"But all on the ground," Jordan laughed.

She had forged a "pretty special" bond with El Hanafy and Zougub but had not heard personally from Harrap.

The Herald on Sunday has inquired several times recently about Harrap's recovery but her spokesman has not responded.

The crash is still under investigation by the Civil Aviation Authority.

A preliminary finding was released that the engine stopped mid-flight - but the cause of that is still unknown.

"The pilot did an amazing job at landing us," Jordan said.

"She managed to land us flat versus losing control, which is a miracle in and of itself."