A pregnant Christchurch mother killed in an early morning car crash after the driver sped away from police has been identified.

Renee Percy was killed when a car driven by Dennis William Tunnicliffe – who also died in the crash and whose criminal history includes joy-riding – struck a power pole on Breezes Rd in the Aranui area of Christchurch.

A third person who survived the crash pleaded for help for Percy, with the man saying she was pregnant. Percy also had a young son, her friends said in tributes.

The 2.30am Wednesday double-fatal crash, which woke local residents with its savage impact, came after police had attempted to stop the vehicle on Breezes Rd moments earlier.

Superintendent Lane Todd said police followed the car after the driver fled but abandoned the chase after less than a minute due to the dangerous nature of the driving.

A third passenger in the car, believed to Percy's partner, was treated by ambulance staff for moderate injuries.

Friends of Percy have posted on Facebook to say that she will be sorely missed.

Renee Percy died when a car driven by Dennis William Tunnicliffe struck a power-pole on Breezes Rd in the Aranui area of Christchurch. Photo / Facebook

"RIP Renee Percy...just glad they didn't take some innocent other vehicle or pedestrians with them. So angry about this...and for her young son...and her pregnancy...fecking horrible news," one friend wrote.

A Givealittle page has been created for Tunnicliffe, 25, by a family member.

"Dennis Tunnicliffe was in a car cash gone to soon," says the fundraising page which is yet to be approved by the site's moderation team.

"The money is to help cover funeral cost and this hard time for my family any little bit will help rest easy big bro."

A full investigation into the circumstances of the crash had started and the Independent Police Conduct Authority had been notified.

Todd said the crash was a "tragic outcome that nobody wants".

"Police encourage any driver who is signalled to stop by police to do just that," he said.

"It is not worth putting your life, your passenger's life, or anyone else's life at risk."

In 2013, Tunnicliffe was jailed for seven months for a Christchurch joyriding spree and trying to change the ownership papers of a stolen Toyota Hi-Ace van into his girlfriend's name. 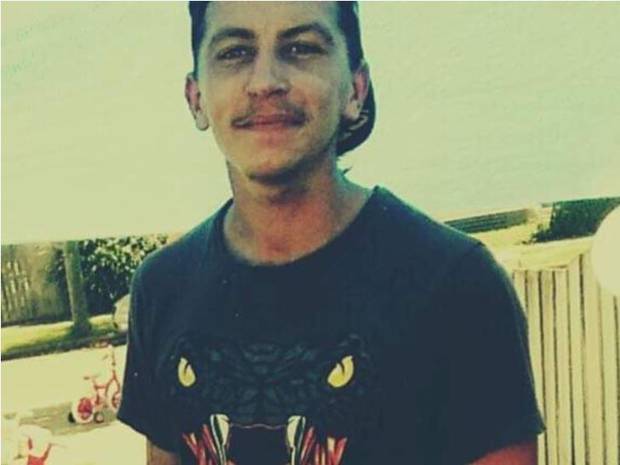 Dennis Tunnicliffe, 25, died in a crash in Christchurch. Photo / Givealittle

Wednesday's crash comes just weeks after a teenage girl was killed in a high-speed crash in Christchurch.

Darrin Ray Stewart, 19, has been charged with causing the death of Alexia Chrissy-Marie Noble-Hazelwood by the unlawful act of dangerous driving.

Several of Noble-Hazelwood's friends and family are understood to have known people killed in the most recent tragedy.