Sir Edmund Hillary's New Zealand flag is set to be retrieved from the Christ Church Cathedral this week.

It is the last of more than 30 flags held by the Cathedral to be retrieved since the 2011 earthquakes in Christchurch.

Due to the positioning of Hillary's flag, there hasn't been an opportunity to retrieve it until now.

The flag was presented to the cathedral by Hillary in December 1958 and dedicated by Bishop Alwyn Warren after Hillary's "dash to the pole" in January that year.

Hillary and his team were the third party to reach the South Pole overland (after Roald Amundsen in 1911 and Robert Falcon Scott in 1912), and the first to do so in motor vehicles.

The flag was taken to Scott Base before being presented to the cathedral, where it has hung ever since. 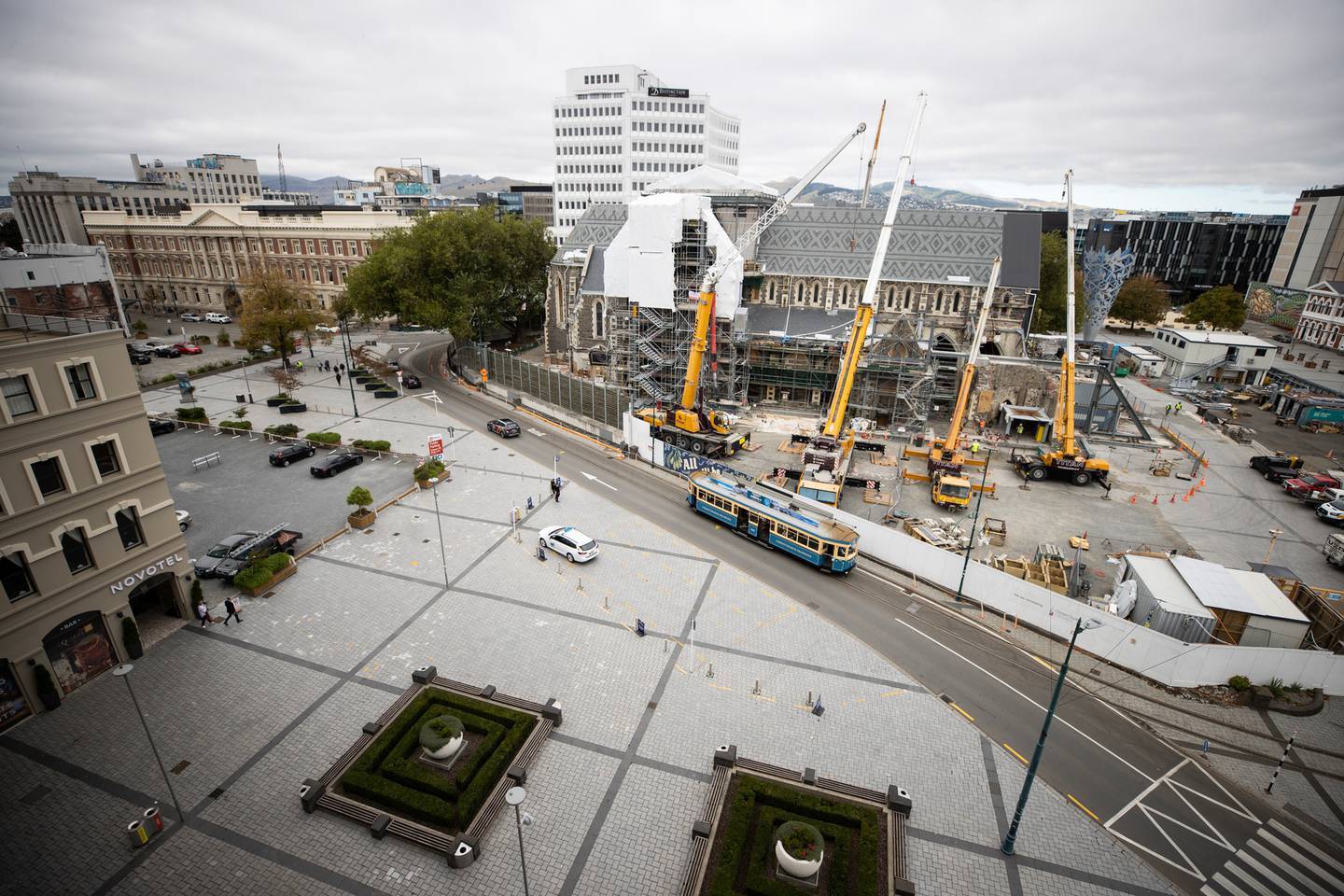 "Hillary's flag has hung in the Cathedral for over 60 years. I'm delighted we can now retrieve it through the north transept, which has been deconstructed to the window mullions to provide safe access to the flag, without anyone entering the building. It is a sign of the great progress we're making on this project.

"Once removed, it will be received by chapter and a fabric conservator will inspect, clean, repair and store it for safekeeping before it is rehung in the reinstated cathedral," Paterson said.

The Antarctic Heritage Trust, as the agency that conserved Hillary's expedition base, is delighted the flag is being retrieved.

"It's very special for us to see the flag retrieved,'' said executive director Nigel Watson.

"The flag is an important part of our city's connection with Antarctica and with Sir Ed's legacy, which the Trust is proud to care for. We are delighted it's being conserved so that future generations can connect with this significant part of New Zealand's history in Antarctica," he said.