Two people have been injured after a tornado hit a Christchurch suburb.

Emergency services were called to the SaveMart second hand shop on Battersea St in Sydenham, about 1.55pm today.

A police spokeswoman said at least one person was understood to be injured after the tornado damaged the SaveMart roof.

Both patients have been taken to Christchurch hospital.

"It was just a whirlpool, a whirl thing going round and round, and everything was flying. Glass was smashing, and I was moving thinking 'what's happening', and then it went up and over the building."

A Fire and Emergency spokesperson said there had also been a multitude of calls following the tornado, with reports of roofs being torn off and air conditioning units falling off buildings.

Canterbury Weather Updates tweeted that there were reports of "minor damage and more sightings".

A man said a tornado ripped through his parent's house in Christchurch.

His mother told him that she saw a tornado spiralling through the yard, which caused her to be blown over while she was closing the door.

It also sent objects from the backyard flying through the window.

A stationary truck also managed to be blown from one side of the yard to the other.

"It has literally picked up a truck and moved it across the yard," he said.

"Those yellow bins were flying round the yard in a tornado-like thing. It's passed over now. Bloody hell. Terrible experience," his mum said.

Alison Kendall of Richmond Discount Furniture near Linwood College in East Christchurch said the tornado blew a Toyota Hiace fruit and vegetable truck outside her shop into a fence about 20 metres away.

"It was horrific. I don't know how much damage it's doing as it goes around the area," she said.

She said she ran to shut the large main door of her shop when she heard hail, but tripped and fell sideways at the door.

"Next minute I'm hearing the windows smashing," she said. "I jumped back again and came over to where the windows smashed. You could see that the tornado sucked them out, it didn't blow anything into them. It was like a huge dust storm, I've never experienced anything like it."

She said the fruit and vegetable shop next-door had a lot of produce containers stacked outside and they were "flying everywhere".

"He had his truck parked outside. That ended up over by the fence 20 metres away," she said.

"I had a lady pull up in her car and said, 'Can I come in to take shelter?' She was terrified and said there were pieces of roof flying off in Fitzgerald Ave." 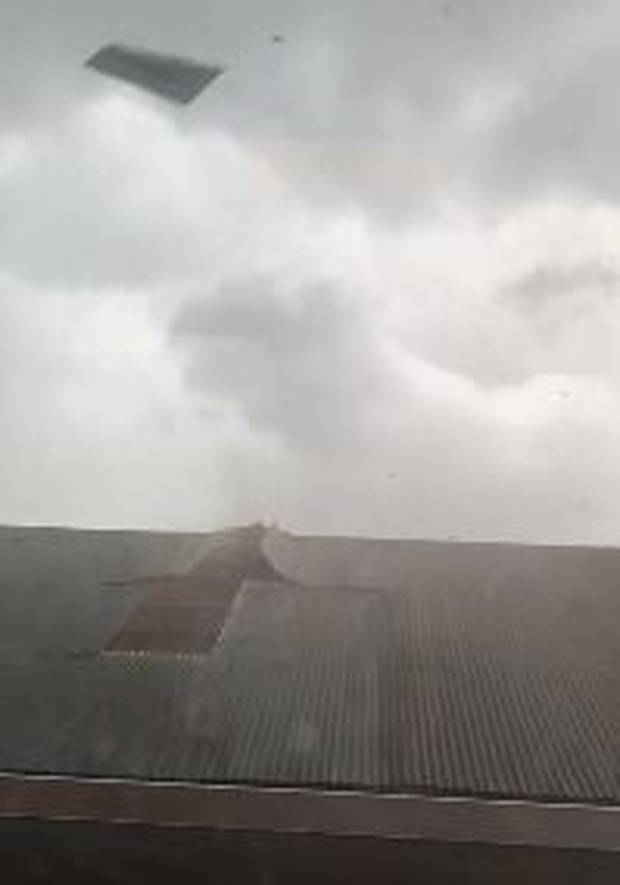 Footage of the tornado hitting the roof was posted on Twitter.

The tornado hit about the same time as hail rained down on the city.

"That particular storm is not expected to hit the city anymore, however, a thunderstorm watch may last until 8pm this evening."

Meanwhile, a Fire and Emergency New Zealand spokesman said it received a call at 1.10pm reporting a lightning strike on Palmerston-Hampden Rd.

The strike had blown fuses and blown power points off the wall.

No one was injured in the strike, he said. 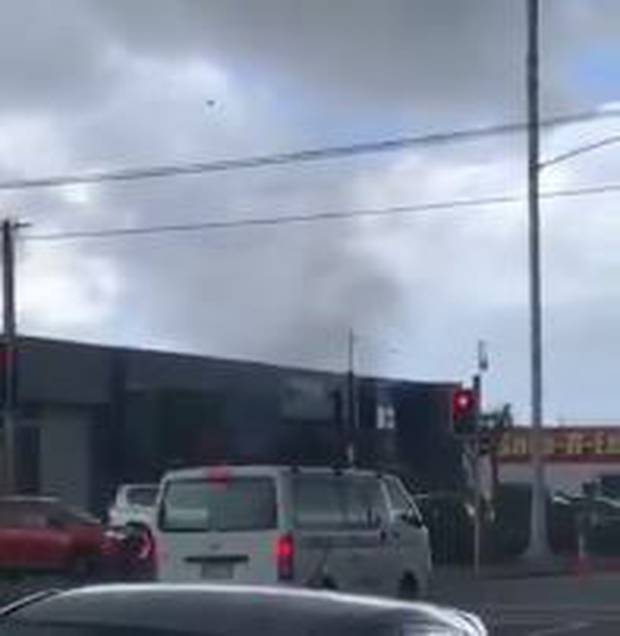 The tornado hit the suburb of Sydenham.

One appliance from Palmerston attended.

Another appliance from Waikouaiti was turned around.

Metservice have issued a raft of weather warnings for the South Island today, with heavy rain, thunderstorms and even snow expected.

A severe thunderstorm warning is in place for Christchurch City, with lower warnings in place for North Otago south to Waikouaiti.