An off-road driver who admitted causing a crash 41 metres down a steep gorge that killed his girlfriend has today been granted a discharge without conviction, on the condition that he pays his late girlfriend's mother $5000 in compensation.

Olivia Cait Brown, 22, of Lake Hayes, died when the vehicle she was a passenger in left a remote 4WD track in Macetown, near Arrowtown in Central Otago and crashed 50m down a steep bank in January last year. Brown's mother Catherine Thomson-Bush has been devastated to lose a twin daughter – and who died shortly before her joint birthday with her sister Charlotte.

She told the court that while she has no doubt that Page loved her daughter, she had concerns about his responsibility-taking because he did not say sorry until she got a letter from him some 15 months later.

Thompson-Bush said she carries her tears with her always and she will grieve for the rest of her life about the fact that her daughter was killed by someone who should have taken better care of her.

In determining Page's sentence, Judge Stephen O'Driscoll said it was not an easy case to consider and deliberate on.

"On one hand, a tragic death has occurred while on the other hand a relatively young driver who has no previous convictions has his life in front of him," the judge said.

"My decision will not change what has occurred and irrespective of my decision the parties will forever remember the important place Ms Brown had in their lives. I extend my condolences to all persons affected by this tragedy."

Judge O'Driscoll noted that Page has already experienced the consequences as a result of the crash, saying there was "no doubt the death of the victim has caused the defendant distress and suffering", with evidence from his counsellor that he displays symptoms consistent with PTSD.

Through his lawyer Kerry Cook, Page applied for a discharge without conviction on the basis that it would be all out of proportion to the gravity of the offence, and that it would affect his employment prospects in organic farming. 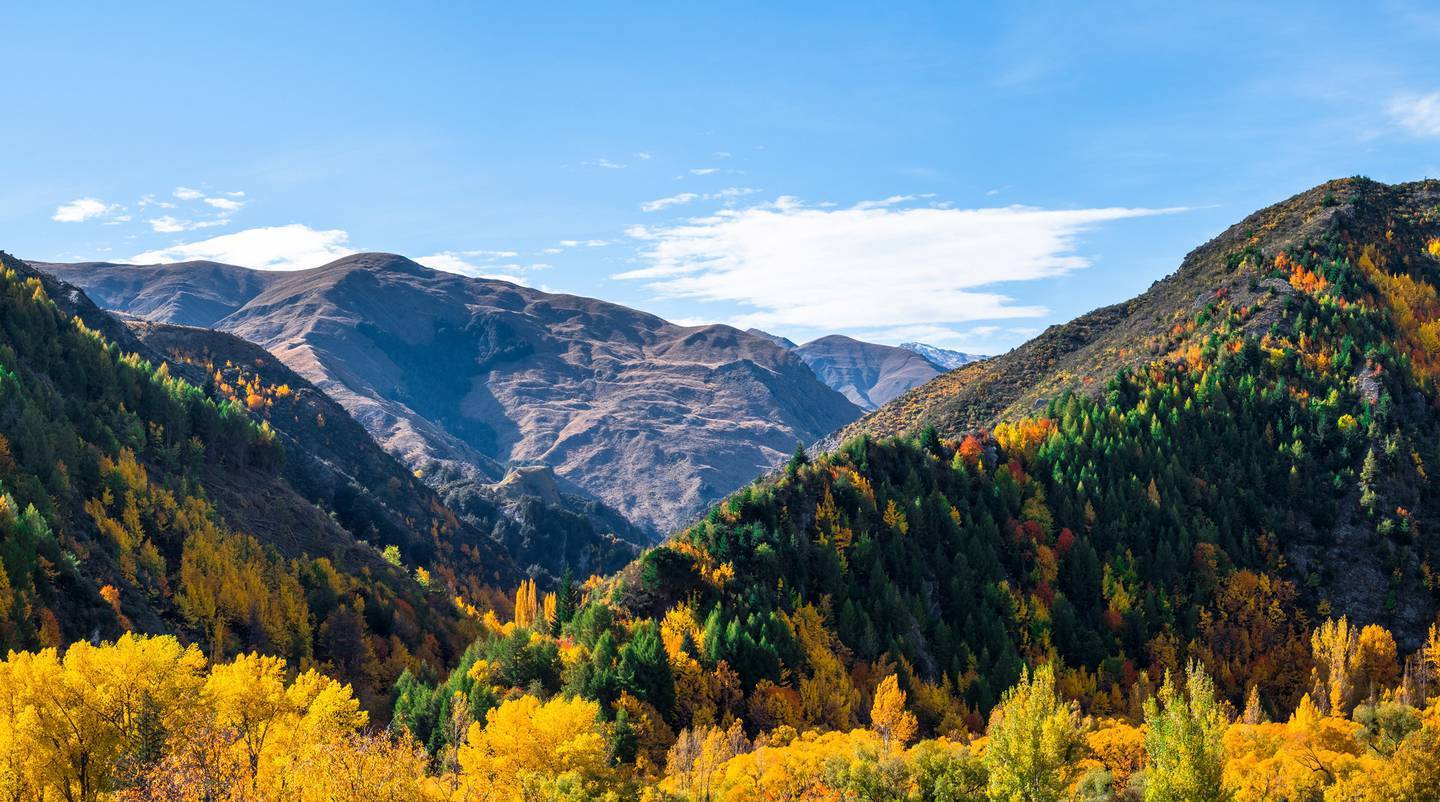 The Macetown track near Arrowtown is popular with 4WD enthusiasts. Photo / Getty Images

A discharge was opposed by police, but Judge O'Driscoll concluded he was satisfied that direct and indirect consequences of a conviction would be out of all proportion to the gravity of the offence.

"I accept that some in the community may say there needs to be a conviction because someone was killed in a car crash," the judge said.

"That is not the law and many defendants have been discharged without conviction for committing offences that are far more serious than the charge faced by the defendant and which contain far longer maximum sentences of imprisonment.

"I have made the assessment that the legal requirements for the Court to discharge a defendant without conviction have been meet in this case."

Judge O'Driscoll granted the discharge without conviction on the condition that Page pays $5000 to Thompson-Bush.

Page was also disqualified from driving for 10 months.

The summary of facts says that on January 30 last year, Page and Brown arranged to complete the Macetown off-road track in his 1987 Toyota Blizzard 4WD before using a small inflatable raft in the river.

Page had travelled the 4WD track, which crosses the Arrow River 23 times and takes about an hour each way depending on weather and conditions, once several years beforehand.

He advised Brown that seatbelts shouldn't be worn because the track was bumpy and they would strangle her.

Just after midday, Page met up with another 4WD vehicle with four others from out of town who were also completing the trip.

"A discussion was held between the two vehicles and there was an agreement to help each other out if necessary," the summary says.

At some point during the journey, the group navigated through an area above a dam on the Arrow River gorge.

After negotiating a tight bend, the Toyota's right-side wheels hit and went along a rocky piece of schist.

The 4WD dropped back down on all four wheels when it appears Page has lost control and over-corrected his steering.

"Due to not wearing his seatbelt, the defendant would not have had full control of the steering wheel during this time, being bounced around the cab of the vehicle," the summary says.

The vehicle left the track and rolled 41m down the gorge, ending in a 24m "vertical drop" which resulted in them "coming to rest against a large boulder".

"The victim Brown was thrown about within the vehicle unrestrained with her head colliding into the drivers' side pillar and other areas of the internal and external cab area," the summary of facts says.

Page was ejected from the vehicle "via the windscreen during the initial rolling" and received small cuts and grazes to his lower legs.

When he spoke to police, Page said that he "high-sided" the vehicle, "f***** up" and "tried to correct but couldn't".