A Mt Pleasant Rd resident is urging Christchurch City Council to dig a channel and drain along his boundary to save his property and six other houses from flooding.

Wayne Rollinson has outlined his frustrations to the Linwood-Central-Heathcote Community Board and is pushing for solutions from the city council.

He told board members that since November water had been transitioning from the road, through his neighbour's property and into the corner of his property.

The flooding was both stormwater and reticulation water and he had dug a channel to get some of it off his property.

He said the flooding at one stage was "like leaving two taps on full bore for three months".

His neighbour's garden had resembled a duck pond and he couldn't believe their house had not moved or slipped off the section.

Rollinson said the integrity of a retaining wall on his property was now fully compromised and he had submitted a claim to his insurer.

The retaining wall and the sleepers were not designed to be wet for four or five months.

He said from December through to February he had warned various people at the city council if something wasn't done to stop leaks from both reticulated and stormwater then it could end in disaster.

Further rain in December on top of an already saturated property had compromised the bottom storey of his home and caused between $50,000 and $60,000 of damage, he said.

Additionally, Mt Pleasant Rd also carried buses and had not been repaired properly since the earthquakes. 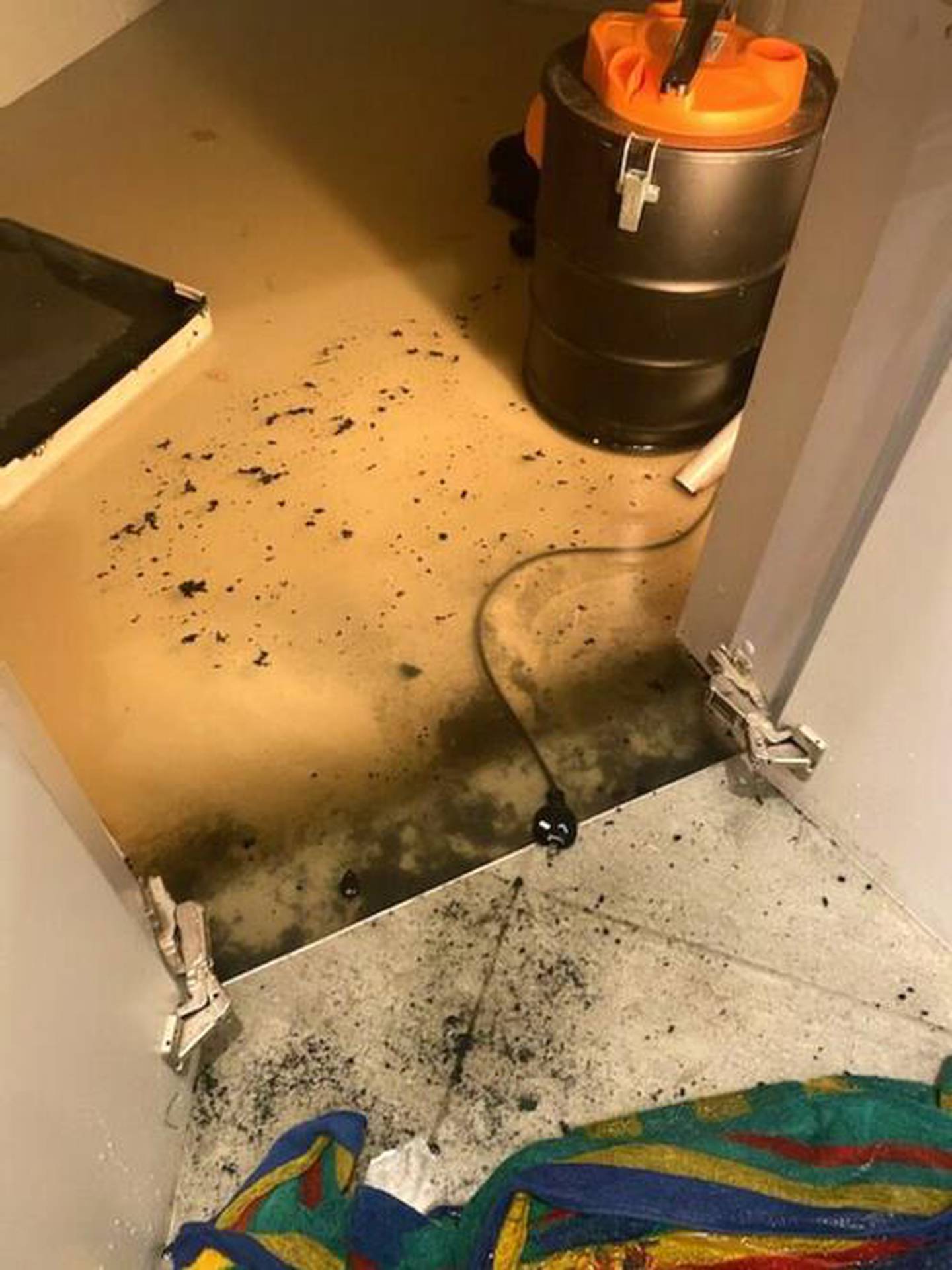 "This issue needs to be dealt with better than it has been. I'm going to keep pushing council for a solution because it's not good enough," he said.

The city council has since fixed some water supply leaks and installed a bung on the road and staff are continuing to work through options to find a suitable solution for Rollinson and his neighbours.