Seven people have been injured and rushed to hospital - with injuries ranging from serious to critical - after a gas explosion destroyed a house in Christchurch and sent debris flying 100 metres in all directions.

Photos show the incredible devastation caused by the blast.

The incident is at a house on Marble Court in the Christchurch suburb of Northwood and emergency services have blocked off the scene. 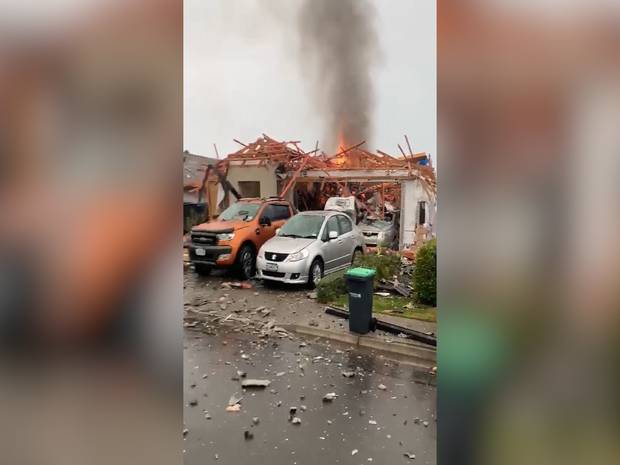 Styx Mill Country Club employee Tom White said concrete tiles from the roof of the house had been blown 100m in every direction.

"The house is matchsticks. It's totally blown apart."

"It's caused a lot of destruction to other houses, its blown the garage door right of the next-door neighbour's house."

A neighbour who lives one block over said the explosion shook his house and knocked items off his windowsill.

"We're okay but there are houses closer which are stuffed," he said.

"The house where the explosion was - you wouldn't even recognise it as a house now.

"I think there are definitely some injuries. They got them out [of the house] but it could be serious."

Maria Lee heard the boom in Burwood, about 15 minutes away from Northwood.

"It was like a sonic boom, a massive boom," she said.

"Our dog just about crapped himself."

Newstalk ZB Christchurch host Chris Lynch says callers from across the city say they heard an explosion with some residents in Redwood saying their houses shook violently. 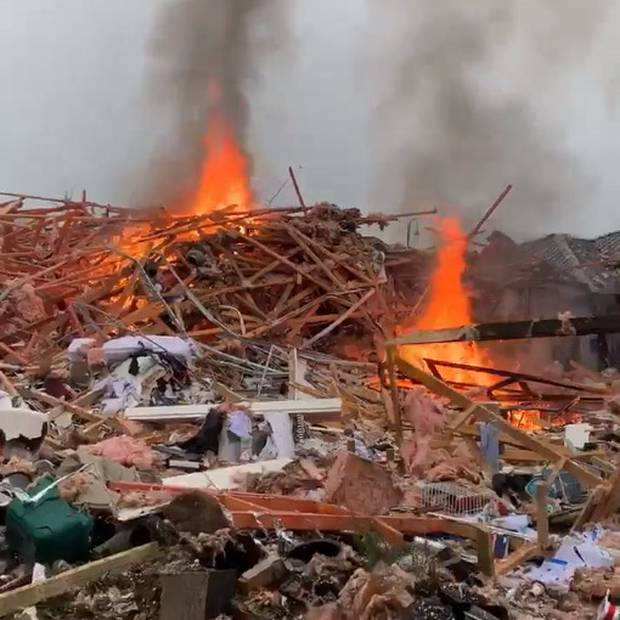 City Councillor Aaron Keown is on the scene and he says the windows of the neighbour's house have completely blown out. He says a pre-school is 100 metres away and is going to check on children.

A worker at a nearby motel and holiday park said the explosion shook nearby homes and sounded like a bomb had gone off.

"It was more than an earthquake, you'd think a bomb had gone off."

She said insulation and small debris had fallen down from the sky onto her property.

"We've had housing insulation raining down on our property so something's obviously had quite a large explosion." 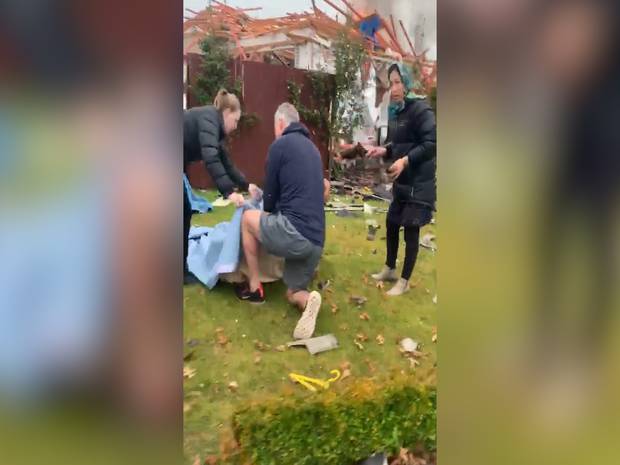 Five people are believed to be injured in the explosion. Photo / James Looyer

She said she suspected a gas explosion had occurred.

The explosion shook all the houses around and the woman said nearby residents had been coming over to the motel to check if everyone was alright.
"For the staff and everyone, it was certainly scary."

A bystander says the debris is spread across the road.Graham Henderson, who works at Owls Nest Preschool about two blocks away from the explosion, said staff initially thought it was an earthquake.

"We heard the sound but because we're carers we've got to keep calm.

"It wasn't dissimilar to a quake. And that's what we are used to around here.

"It wasn't until a parent called that we found out it was an explosion."

"The kids are fine," he added. "We've had a few worried calls from parents but they have just keep playing." 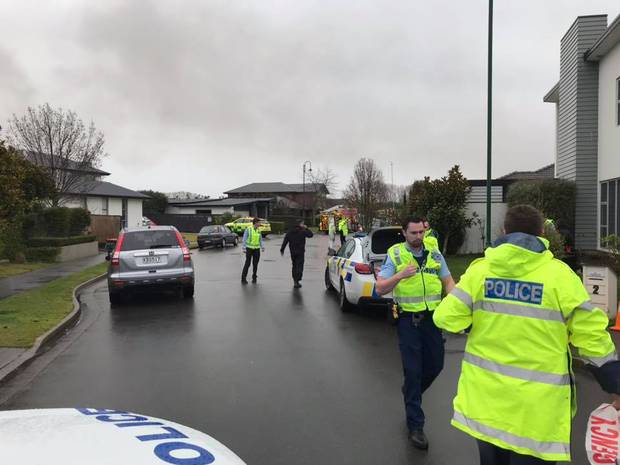 The incident is at a house on Marble Court in the Christchurch suburb of Northwood. Photo / Aaron Keown

Facebook users reported hearing what sounded like an explosion all over the city, from Avondale, Bryndwr, Woolston, Parkland and Redwood, of which the resident said their house shook.