Promising teen Kiwi equestrian star Kate Gutry died instantly when she crashed her ute on a rural road on her way home from school last February.

An investigation into her death – just minutes from her family home – has now been completed but a Coroner says the reason the talented teen crashed is "elusive".

She may have been fatigued as a result of a busy school, personal and work life.

She may have been distracted by something as she drove including pain or a seizure caused by one of two undiagnosed tumours.

But her family will never have a definitive answer as to what caused the tragedy.

Kate Louise Gutry, 17, died on February 15 last year after she lost control of her vehicle on South Eyre Rd near Swannanoa just north of Christchurch.

Police investigated the crash then referred it to Coroner Mary-Anne Borrowdale, who released her findings to the Herald this week.

"Kate was a final year student at Christchurch Girls' High School, had recently been made a whānau prefect, and had led the school's kapa haka," she said.

"She was also a dedicated and successful equestrian, who had been selected to ride for New Zealand.

"Kate was described by her family and friends as fun-loving, mature, reliable, caring, determined and hard-working."

In the days leading up to the fatal crash Kate had a "busy few days".

Coroner Borrowdale said that was "not untypical" for Kate who was described by her mother as "always busy and active, between her horses, her schoolwork and her part-time job at a vineyard".

After school on Friday, February 12, she went to work and arrived home at about 12.30am.

She spent the next morning with her horses before returning to work at 1.30pm.

Her shift finished at midnight but she did not get home until after 2am as she drove to town to pick up a friend.

On Sunday she attended pony club in the morning before going jet boating and having a barbecue with family and friends.

The day she died Kate was her "normal self" all day.

"Her last class that day was maths, ending at 2.40pm," Coroner Borrowdale said.

"Kate left class with her friends, and then waved them goodbye when she got to her ute."

Less than half an hour later the 17-year-old was dead. 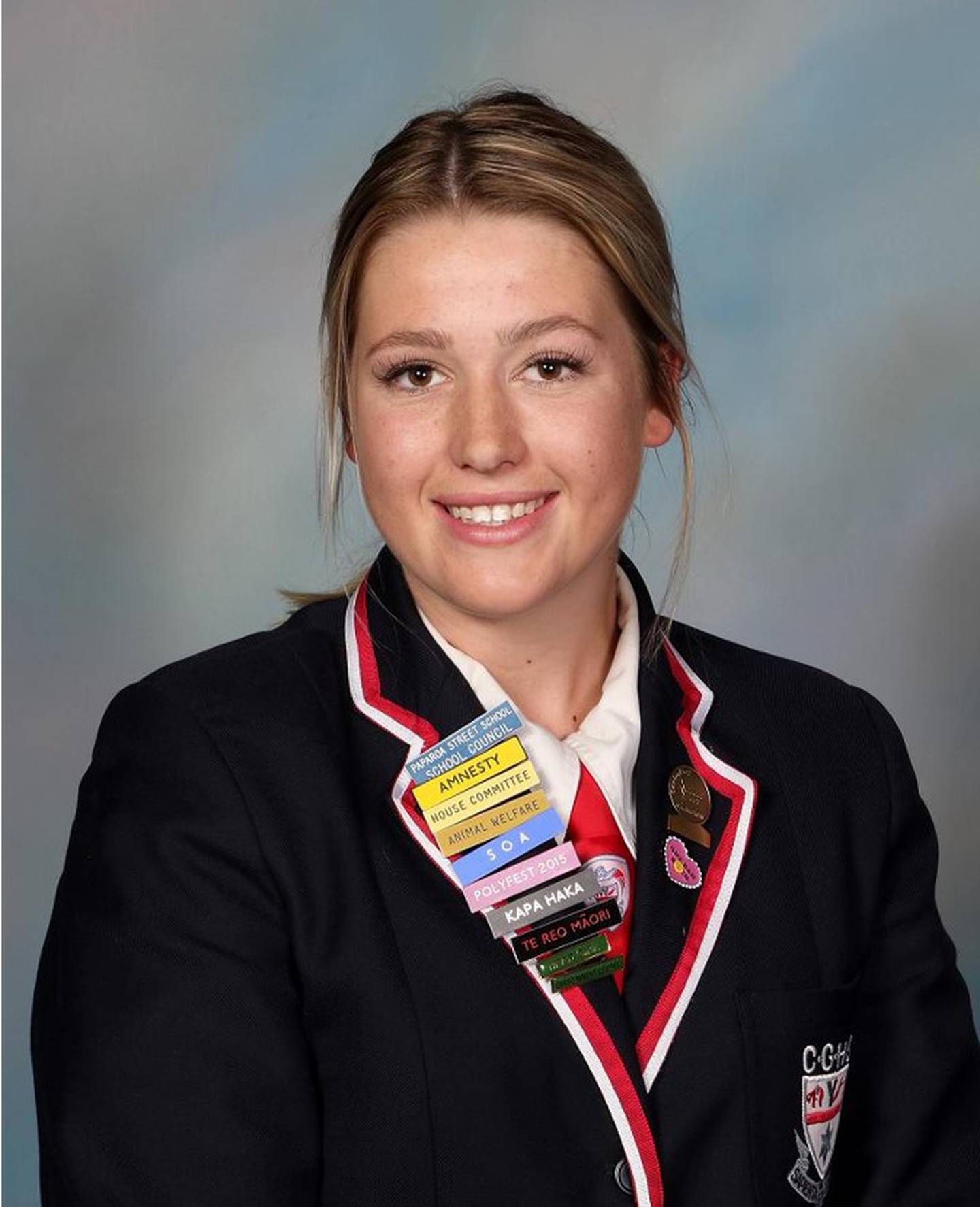 At about 3.15pm a motorist following Kate's ute noticed the vehicle "twitch, like a little tiny jerk" – but stay within its lane.

"About three seconds after this twitch, Kate's ute was seen to gradually start moving over the centre line."

The motorist following Kate thought she was heading towards a driveway but then her ute left the road and ploughed through a gravel verge into the power pole.

"He saw the driver's door take the full impact of the collision," said the Coroner.

"He then saw the ute spin back on to the road, in the opposite lane, then across the verge and crash into the pine-tree shelter belt, where it came to rest.

"The power pole had broken into two, one section holding the power lines suspended but close to the ground."

The motorist who witnessed the crash called 111 and then he and another person ran to help Kate.

The teenager was "pinned by the crushed driver's door" and they could not find a pulse.

"It was apparent that Kate had sustained severe injuries," said Coroner Borrowdale.

"One of the witnesses was a priest; he held Kate's hand and administered final prayers to her by way of comfort."

Emergency services arrived at the scene and paramedics tried frantically to help Kate but her injuries were too severe.

She was pronounced dead at 3.40pm.

A post-mortem examination confirmed Kate died as a result of "high-impact injuries to her head, chest and abdominal organs, limbs and pelvis". A Coroner has not been able to determine what cause Kate Gutry to become distracted and crash her ute. Photo / George Heard.

Pathologist Dr Martin Sage said during the post mortem he discovered two benign tumours – one in Kate's pancreas and another in the membrane lining her skull.

He said the only contribution the pancreatic mass may have had was "possible abdominal pain".

The meningioma represented "no threat to life" but was "well-recognised as a source of adult-onset seizures, when the growing tumour presses on adjacent brain tissue".

He told the Coroner that while it offered "a plausible potential explanation for her loss of control of the vehicle", the probability of it being a factor was "relatively low".

Police confirmed that speed, alcohol, drugs, cellphone use, road conditions, weather and Kate's vehicle were not factors in the fatal crash.

There was no evidence the crash was intentional.

Coroner Borrowdale said while she could rule Kate's "tragically early death" was due to the crash – the reason for the impact itself was "elusive".

"I cannot with any confidence identify what circumstances caused Kate – a confident and experienced young driver – to lose control of her vehicle on a road that she knew well, and which was close to her home," she said.

While the possibility was low, Coroner Borrowdale could not exclude that the tumour in Kate's skull caused a seizure or that the one in her abdomen caused her a sudden "onset of pain" that distracted her.

"A loss of concentration appears to have caused Kate to lose control of her vehicle, but I cannot eliminate altogether the possibility that Kate suffered a momentary impairment due to an underlying medical event," she ruled. 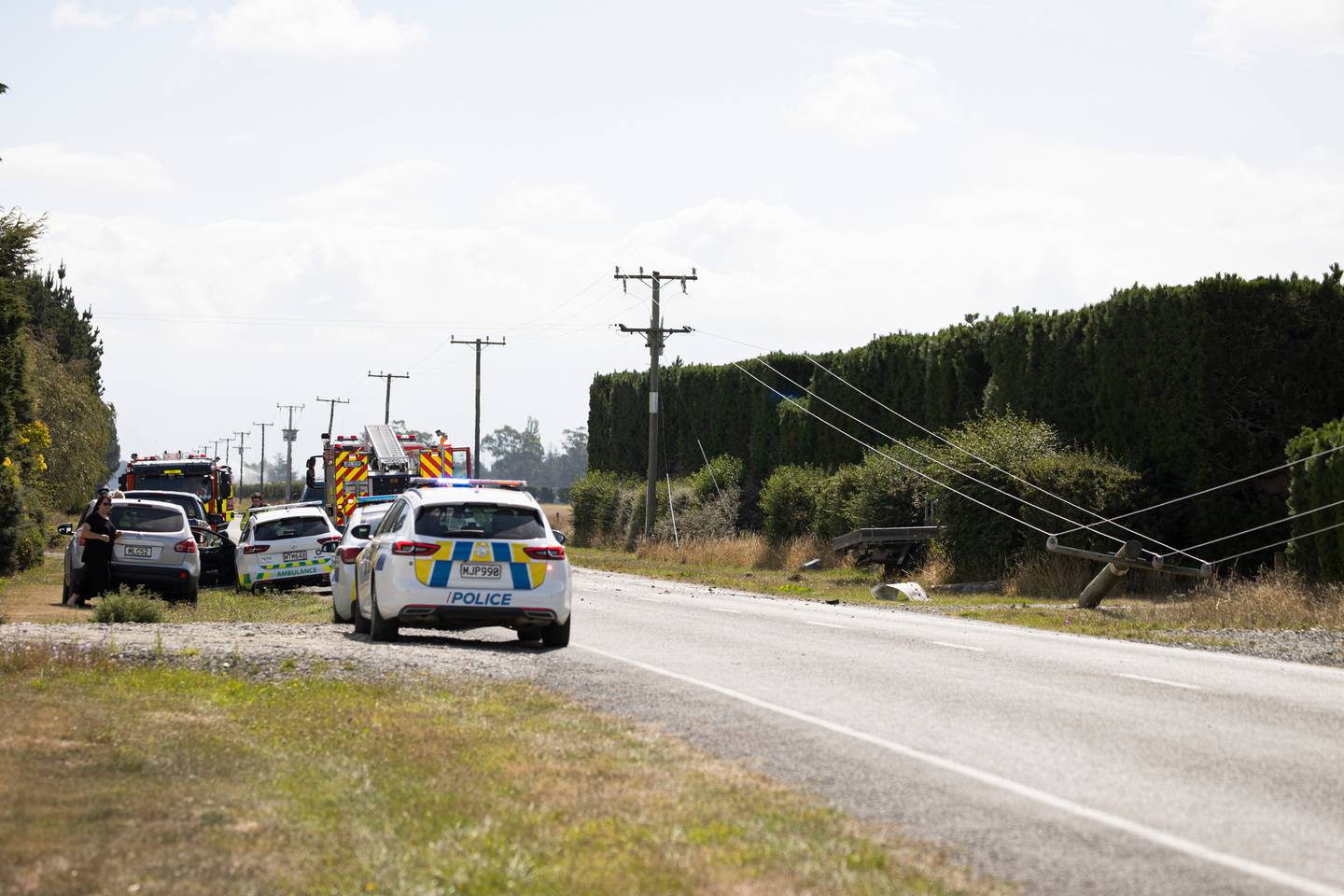 Emergency services at the scene of the crash that killed Kate Gutry. Photo / George Heard.

"As to fatigue, Kate had been busy and highly active over the preceding days.

"She had worked lengthy shifts at her part-time job on the Friday and Saturday and, after seeing family and friends, tending to her horses and attending school, may have been tired.

"This is a possibility, although I note [her mother] Jane's evidence that Kate was well used to managing a demanding agenda."

Coroner Borrowdale said it was simply not possible to pinpoint, on the evidence presented, what caused Kate to drive off the road.

"I regret that my inquiry has not been able to reach any more definitive conclusions as to what caused this tragic event."

Kate is survived by her parents Jane and Rob and sisters Emma and Pippa.

"We have much to remember about Kate – her leadership, mana and lovely nature, and her talents, especially in equestrian and kapa haka," Christchurch Girls High School principal Christine O'Neill said after her death.

"So let us remember all her beauty and potential, and honour that in our living."