Police staff, including the first to arrive at the Al Noor Mosque after the Christchurch mosque terror attacks, have today been recognised in a private ceremony.

Sixty-six Commissioner's Awards were handed out to police staff involved in Operation Deans on March 15, 2019, and over the following months.

They include staff who were first to arrive at the two mosques and those who followed them, including to attend to the wounded.

The awards also recognise the "dedication, skill and professionalism of a wide variety of roles over the weeks and months that followed", police say, including those coordinating the police response, restoring the mosques, the investigation, supporting the victims' families, staff wellbeing and inter-agency liaison in New Zealand and offshore. 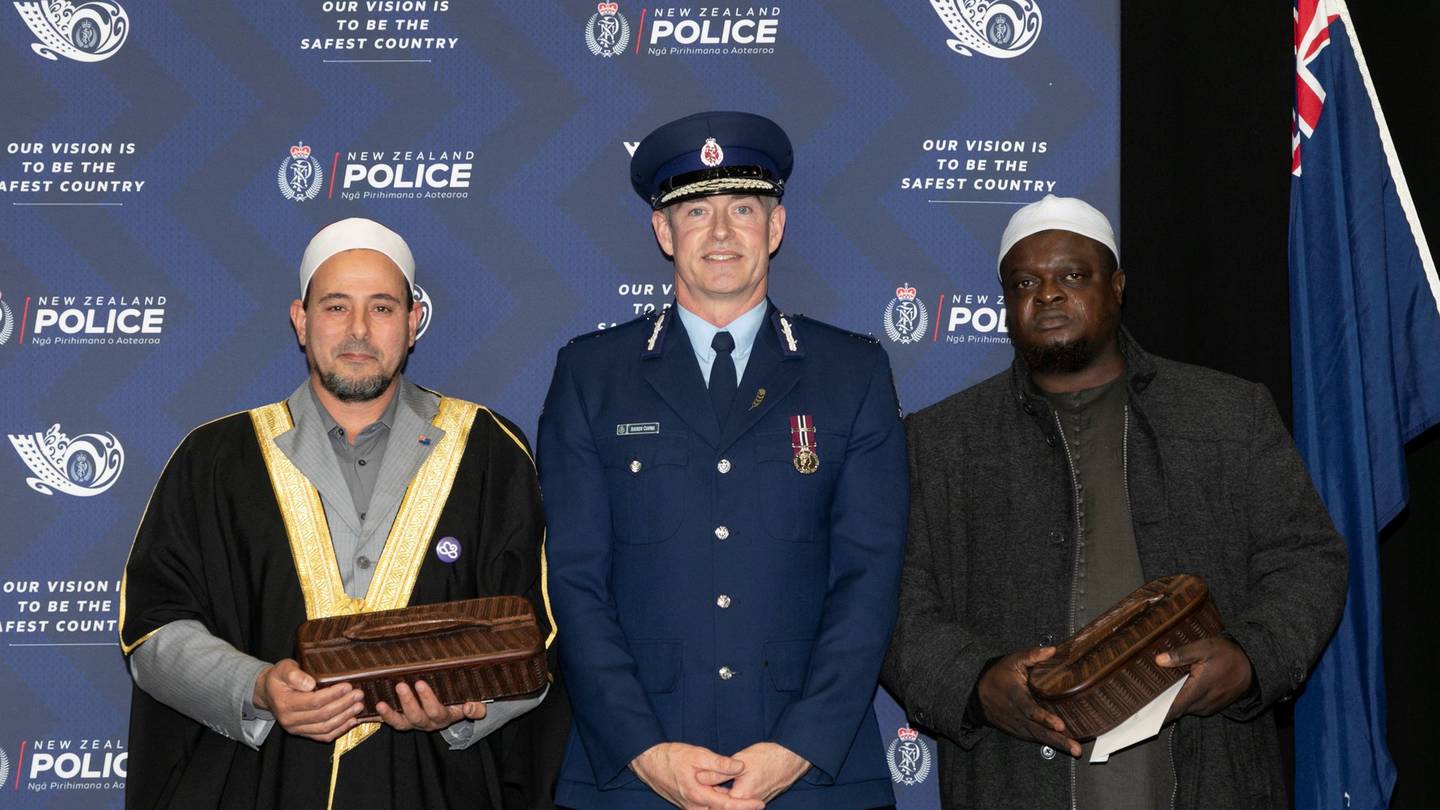 "The events of 15 March 2019 have left an indelible mark on the lives of hundreds if not thousands of people here and around the world," Coster said.

"The victims, their loved ones, survivors and members of the Muslim community remain front of mind during occasions such as this.

"We commemorate them as we honour those who displayed exceptional courage, skill, leadership and humanity on the day as well as the weeks and months that followed."

The police response, known as Operation Deans, was the largest response and investigation operation in New Zealand police history.

"Now is the time to recognise the efforts of police staff and others who worked tirelessly to save lives, ensure public safety and hold a terrorist to account," Coster said.

"It is also timely to acknowledge the actions of so many people in the community and the large number of organisations and groups who contributed in so many ways. We are thankful to them all."

Given that Operation Deans involved police staff from across the country, citations will also be awarded to approximately 3800 staff during private district-based award ceremonies over the coming months.

Each recipient of an Operation Deans Award will receive a green and black ribbon designed in consultation with Muslim representatives.

The March 15, 2019 terror attacks on Al Noor Mosque and Linwood Islamic Centre by an Australian national claimed 51 lives and were the worst in New Zealand history.