Mosque massacre survivor Temel Atacocugu has completed the Walk for Peace from Dunedin to Christchurch to mark the anniversary of the tragic event.

Atacocugu arrived at Al Noor Mosque, the finish line for the walk, at about 2pm on Tuesday.

He started his journey on March 1 but his plans were almost derailed when he ended up in hospital due to a blood infection last week. 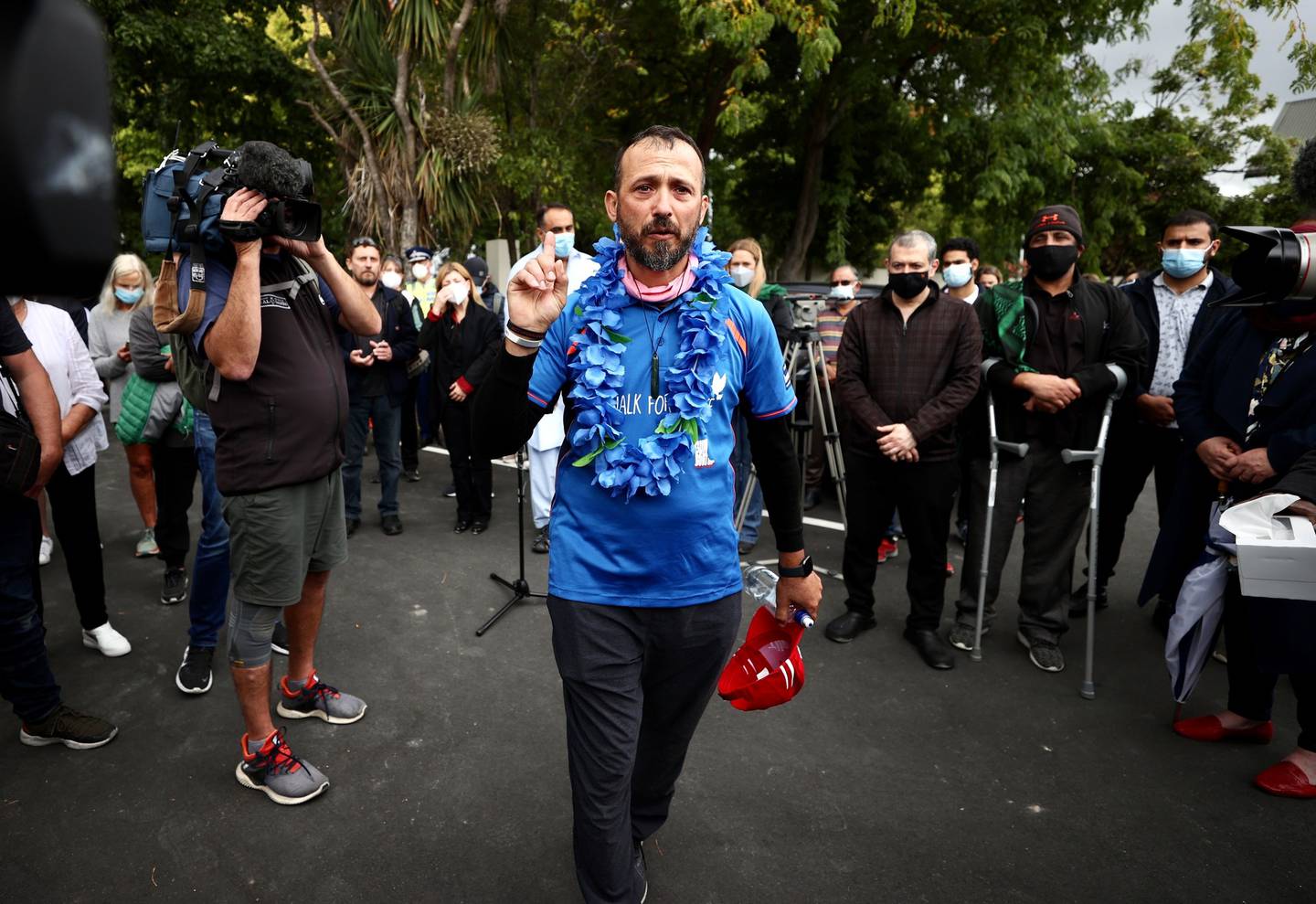 Temel Atacocugu arrived at Al Noor Mosque, the finish line for the walk, at about 2pm on Tuesday. Photo / George Heard

The source of the infection is unclear but Atacocugu had developed deep blisters on his heels during the trek from Dunedin to Makikihi.

When he finished the race, he prayed at the gates of the mosque.

Atacocugu was praying at Al Noor Mosque on March 15, 2019, and was shot nine times as the terror attacks unfolded.

He wanted to retrace the path the killer took to Christchurch to reclaim it for peace.

He is also raising money for the Key to Life Charitable Trust, the Child Cancer Foundation and Save the Children as part of the walk. Temel Atacocugu was praying at Al Noor Mosque on March 15 and was shot nine times when the terror attacks unfolded. Photo / George Heard

Meanwhile, there was no public service held today for the attacks, at the request of the bereaved families.

Instead, a number of radio stations broadcast the Islamic Call to Prayer (Adhan) at 1.39pm – one of the five calls to prayer for March 15.