Work on the new 30,000-seater rectangular-turf Canterbury multi-use arena (CMUA) is due to be finished by mid-2025.

Four preliminary design images from Christchurch-based architects Warren & Mahoney and international stadium design experts Populous show how the stadium will sit on the inner-city site, as well as a "more detailed internal illustration" from the stands during a sporting event.

CMUA Project Delivery Ltd board chairman Barry Bragg said the preliminary designs, developed by the Kōtui consortium, provide the most accurate picture yet of what the facility will look like once completed.

"These designs crystallise our vision for the CMUA to be the most modern, fit-for-purpose arena in the country – a facility that leads the way from an innovation and sustainability perspective," he said. 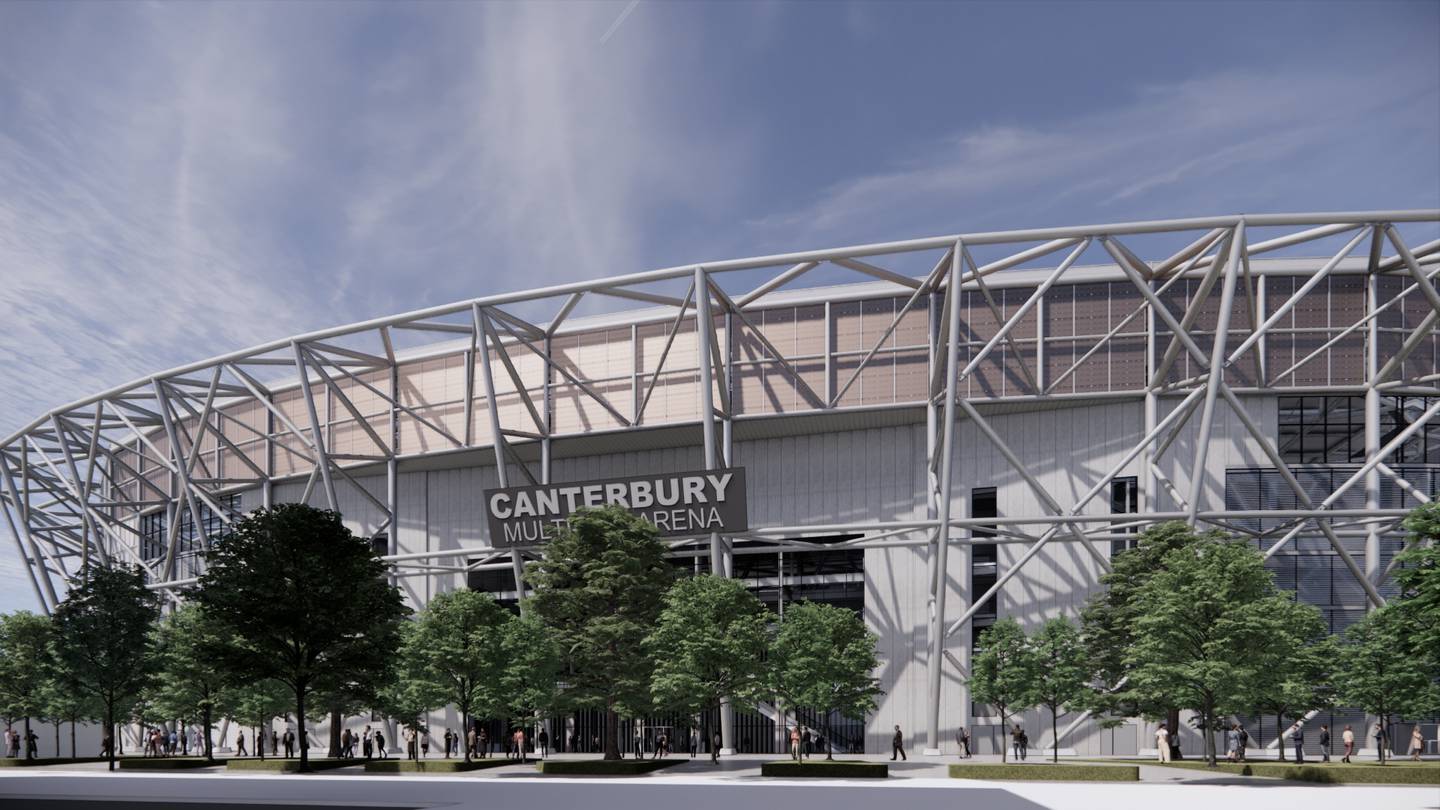 The view from the west entry. Image / Supplied

"We know people are really excited about the prospect of having a covered arena in the heart of the city and we hope these preliminary designs will capture people's imaginations and give them a glimpse of what is to come," Bragg said.

"We are well on the way towards delivering Christchurch a world-class covered arena with high-quality acoustics that is capable of hosting top international music concerts as well as major international sporting fixtures." 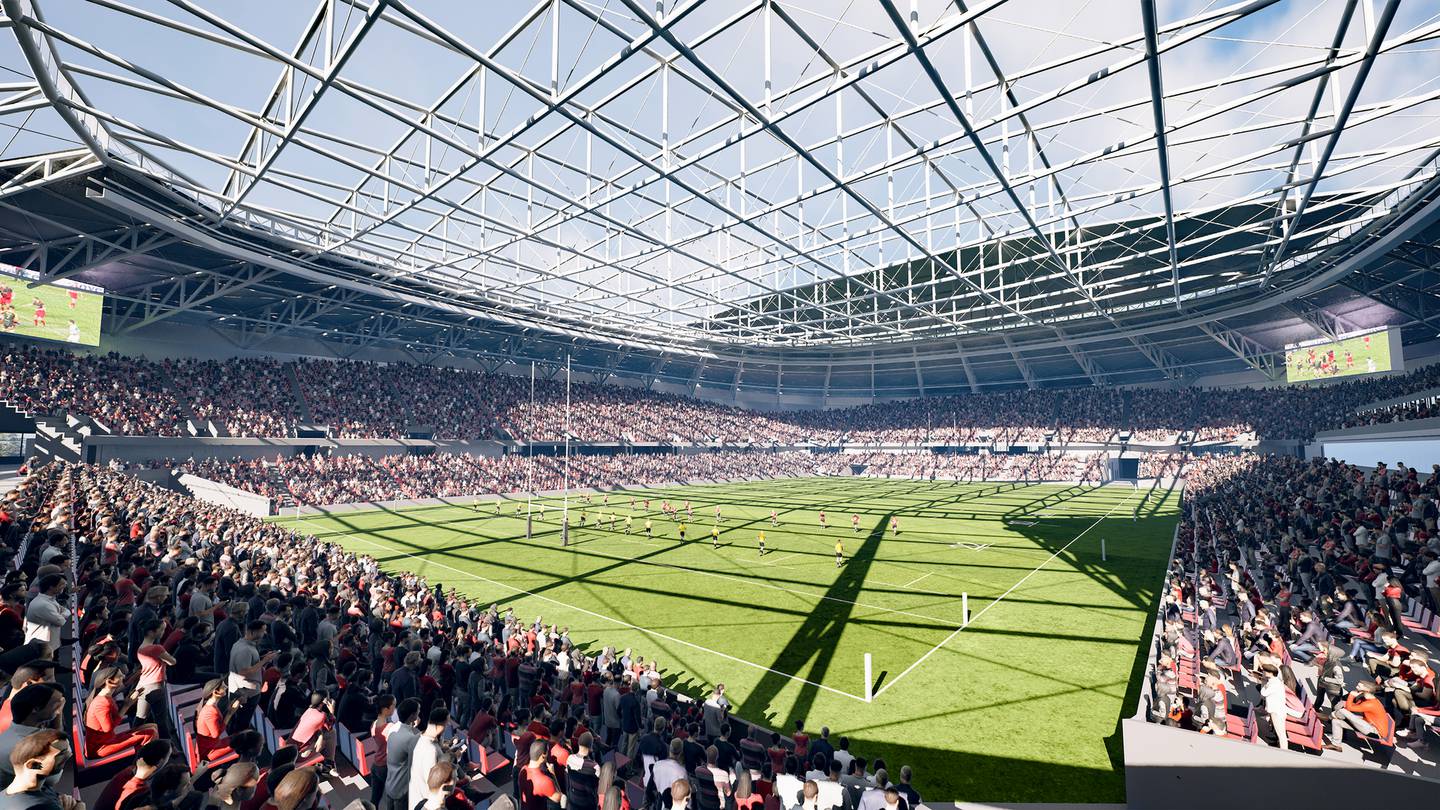 A view from the future fan's perspective. Image / Supplied

The project was marred by controversy earlier this year when the city council decided to slash seating capacity to 25,000, after saying the budget had already blown out by $131 million.

The decision divided the city, but thousands signed an online petition to stick with the original capacity, fearing they could miss out on big All Blacks matches and other key events and prompted a U-turn to the original 30,000 capacity.

The designs for the CMUA have developed significantly from the 2019 concepts to "reflect the seismic requirements" and to improve the "health of the turf, the fan experience, the multi-use functionality, and to maximise the sunlight and minimise the noise impacts for neighbouring properties".

Because the roof needs to be a 175m x 210m single span across the field, the architects have opted for an oculus-style roof that has been designed as an independent structure to increase its strength. The dome shape provides extra rigidity to the roof diaphragm.

The preliminary designs are the first images to be published since the project's investment case was first completed and approved at the end of 2019.

Councillors will meet to approve the complete preliminary design package in January, with the developed design scheduled to be completed by April.

The city council will then decide whether to approve the design and construction contract in the middle of 2022. 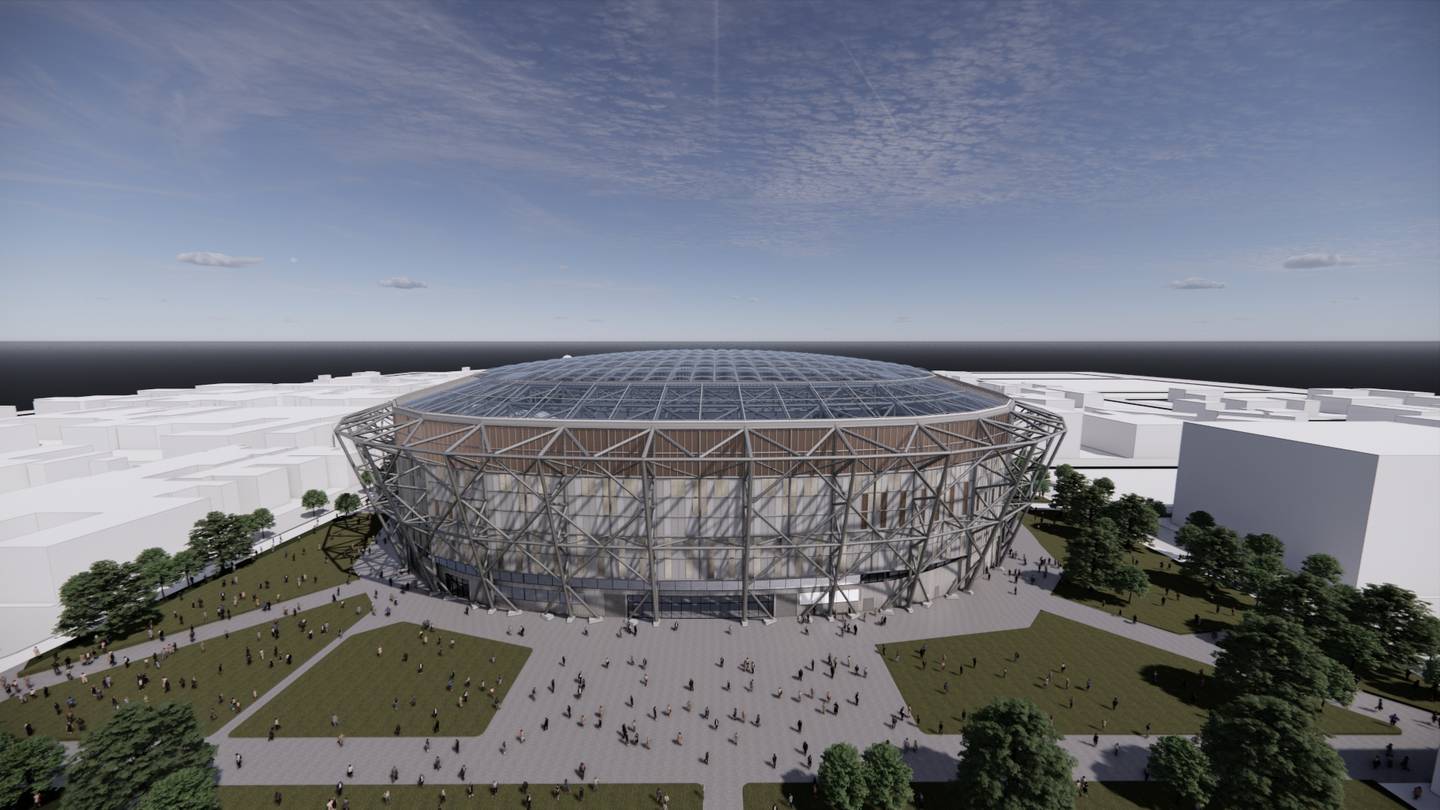 An aerial view of the stadium which will be in the central city. Image / Supplied

At next Thursday's council meeting, elected members will receive the CMUA Project Delivery Board's Statement of Intent, assurance management plan, and receive a gifted name for the CMUA precinct.

The statement shows how the board plans to deliver the world-class arena by no later than June 30, 2025 and outlines key actions to 10 areas that are critical to the arena's success and delivery.

The board also commits to quarterly reports to the council on its performance targets and to ensure a strong three-way partnership between the council, the board and Venues Ōtautahi.

The assurance management plan outlines the plans and processes in place at five levels – from the project delivery team through to the Crown – to ensure the project is able to identify and respond to risks quickly and effectively.

On Thursday, the council will also consider accepting the name "Te Kaharoa", which Ngāi Tūāhuriri has gifted to the entire block of land that holds the CMUA. Te Kaharoa means "enduring strength".

If the name is accepted, it will apply to the entire precinct bordered by Barbadoes, Tuam, Madras and Hereford streets. As the name is for the land, it would not limit any future conversations with potential sponsors seeking naming rights for the CMUA.