The family of Shirley Warrington are still waiting for confirmation on whether a body found in Christchurch's port hills this morning is the missing 85-year-old.

Warrington had been missing since July 10. She spent two nights in sub-zero temperatures before the physical search was suspended. A police spokesperson confirmed a body had been located this morning. A police spokesperson confirmed a body had been located in Christchurch's Port Hills this morning. Photo / George Heard

The spokesperson said they believe they know the identity of the person but the formal identification process is ongoing.

The Herald has been told the body is "most likely" Warrington.

In a post on the Search for Shirley Facebook page, Granddaughter Aleisha Hofman said they are still waiting to receive proper confirmation that it is Warrington they have found.

"Thank you for your kind words and support. We don't mind discussion around this but please be patient."

Police officers could be seen stationed near the gondola at the top of the hills this morning. 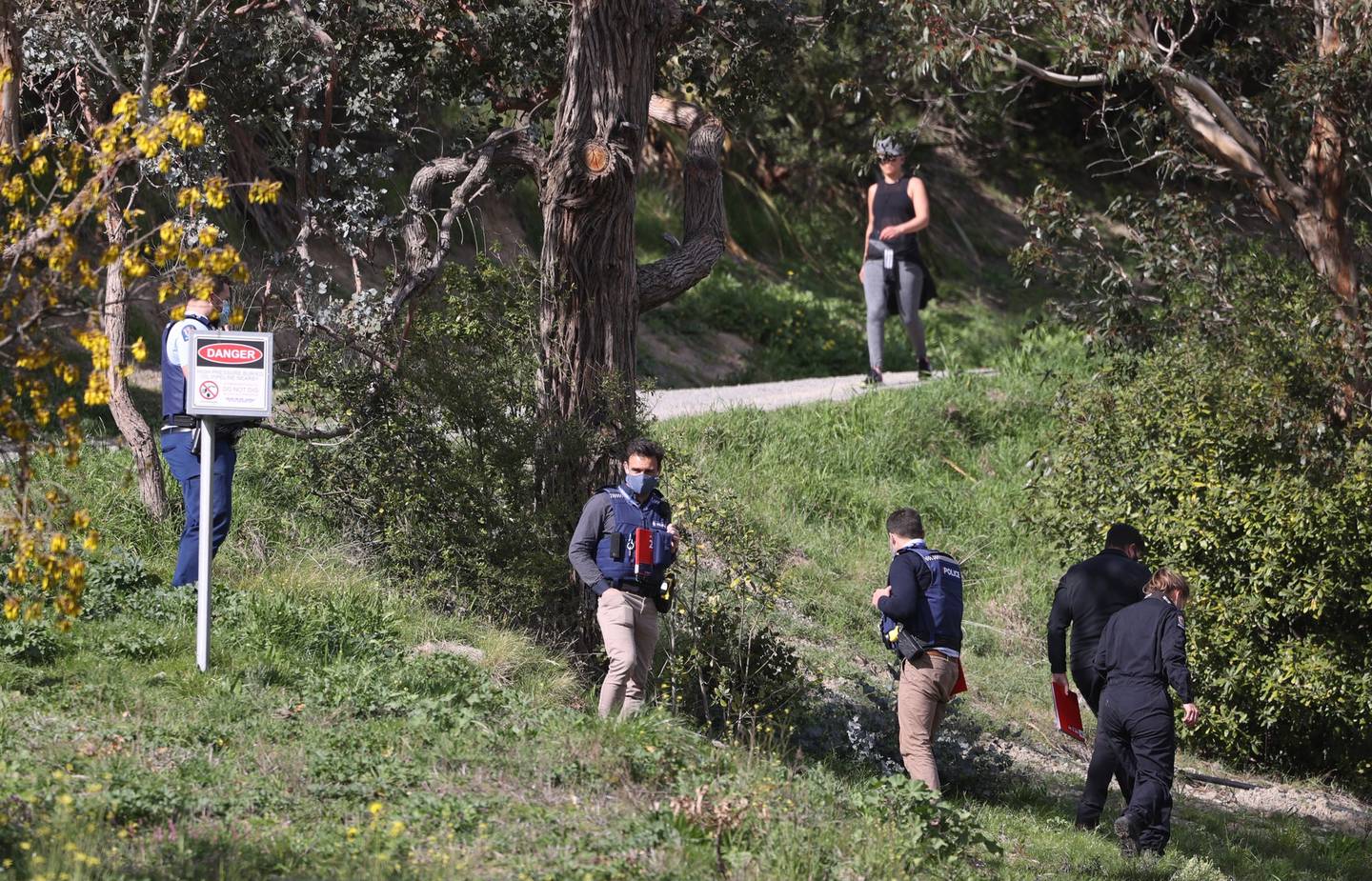 Police are investigating after a body was discovered in Christchurch's Port Hills this morning. Photo / George Heard

The Herald previously reported there was nothing strange about Shirley and Wally Warrington's decision to go for a drive on July 10.

They left their Burwood home and at 7.30pm, the Warringtons were stopped at Rolleston by police, driving slowly on State Highway 1 towards Christchurch with their headlights on full beam, and well under the speed limit.

They were doing nothing wrong, but the police would have been remiss not to pull them over in the circumstances.

After a quick chat, the Warringtons were back on the road.

At 8.34pm their car was captured on CCTV camera on Ferry Rd - Wally driving and Shirley in the front passenger seat. Shirley Warrington has been missing in Christchurch since July 10. She spent two nights in sub-zero temperatures before the physical search was suspended. Photo / George Heard

At 10.19pm another camera picked the car up near the Ferrymead Bridge.

This time, there was no Shirley.

More than 40 people and dogs - police dogs, search dogs and some that have worked both disciplines - combed Ferrymead, the surrounding areas, bush tracks and waterways for her.